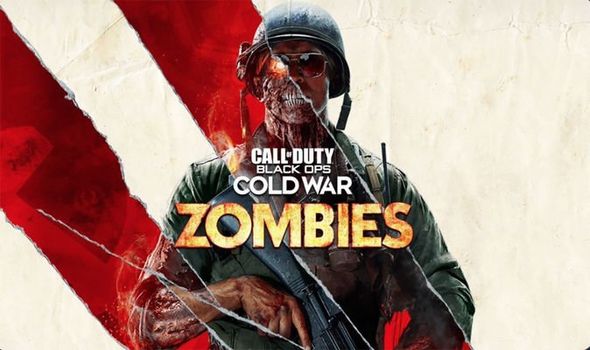 The news was announced by Treyarch and Activision on Twitter: “A new Zombies story begins. Watch the official reveal at 10AM PT Wednesday, Sept. 30th.”

This was followed by a second tweet in which a person is shown inserting a tape into a video player.

Fortunately, a bit more information was provided in Activision’s ‘message of the day’ for Modern Warfare.

According to the post, the Cold War Zombies event will include a new trailer, developer commentary and gameplay action.

“Tomorrow, Treyarch unveils a new Zombies story,” reads the post. “Watch the trailer, hear from the developers, and get your first taste of the mind-bending, undead action coming to Black Ops Cold War.”

Needless to say, the Zombies event will be broadcast live on the Call of Duty YouTube channel. Express Online will embed the broadcast below, so bookmark the page to watch the action unfold live.

Zombies has become a huge part of the Call of Duty experience, alongside player-vs-player multiplayer and story campaigns.

This year’s Call of Duty campaign takes place in locations such as Vietnam, Turkey, and East Berlin.

“Black Ops Cold War, the direct sequel to Call of Duty: Black Ops, will drop fans into the depths of the Cold War’s volatile geopolitical battle of the early 1980s.

“Nothing is ever as it seems in a gripping single-player Campaign, where players will come face-to-face with historical figures and hard truths, as they battle around the globe through iconic locales like East Berlin, Vietnam, Turkey, Soviet KGB headquarters and more.”

PS4 fans have already gotten a taste of the multiplayer action as part of a recent Alpha test on the platform.

This will be followed by a multiplayer beta available for pre-order customers starting on October 8.

If it’s anything like the Alpha, then the next multiplayer session will feature three different 6-v-6 game modes, including Team Deathmatch, Kill Confirmed, and Domination.

Maps featured in the Alpha test include Miami and Satellite, as well as Armada and Crossroads for Combined Arms: Domination.

The Miami map takes place in the South Beach area of the city: “Amid art-deco architecture and neon lights, Operators battle between various buildings, in the streets, and on a stretch of the beachfront itself.

“Various rooftops and windows act as prime longshot spots for sharpshooters who can take advantage of vistas across empty streets and beaches.”

Satellite, meanwhile, is set in an Angolan desert where a KH-9 American-made satellite has been downed.

The full game has a November 13 release date on PlayStation, Xbox and PC.

Resident Evil 3 Cloud Version Could Be Coming To Nintendo Switch