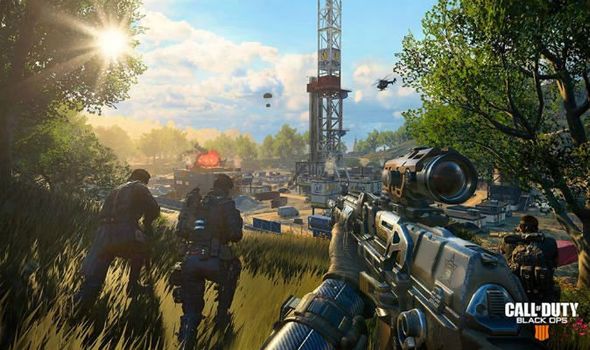 Treyarch Studios has confirmed that August 13 will see the release of a new Call of Duty Black Ops 4 update.

Xbox One and PC gamers have had to wait a week longer than their PS4 counterparts, but they will soon have access to Pandemic Mode.

A little different from other modes available in Black Ops 4, Pandemic starts with your squad dropping in and fighting to stay alive against the competition.

And if you’re eliminated, the added twist is being able to get revenge as a flesh-eating zombie.

“Zombies respawn in waves every 15 seconds, and their ranks grow with every survivor eliminated.

“The result: an epic showdown in the final circle between the best-equipped survivors and dozens of super-charged zombies hunting them down at the end of the world.”

The new Pandemic wreaking havoc in Blackout is just one of a number of new things being launched today on Xbox One and PC.

Today’s patch is expected to land between 6pm and 8pm in the UK and will likely include a range of bugfixes.

Meanwhile, gamers on PS4 and other platforms have also gained access to a list of new XP bonuses.

There’s double XP, along with the same for Weapon XP, Nebulium Plasma and Merits.

These bonuses will remain in place until August 16 and are part of the CWL celebrations going on before this weekend’s big eSports event.

Another returning mode will be launching today on Xbox One and PC, having already appeared on PS4.

“Survivors have one life but can be revived, while Zombies have a limited pool of lives as they hunt down the Survivors within the time limit,” the message from Treyarch explains.

“Work together, adopt new strategies, and keep moving if you want to win.”

While most of this content will already be on Xbox One and PC consoles, it sounds like more fixes are being released today.

A recent post from Treyarch revealed that they’re planning on adding the original slide velocity for Specialists, some of which rolled out last week.

However, due to technical limitations, adjustments for Seraph, Ajax, Outrider, and Reaper will be incoming as part of today’s update.

So we can probably expect some patch notes included with today’s big Call of Duty update.