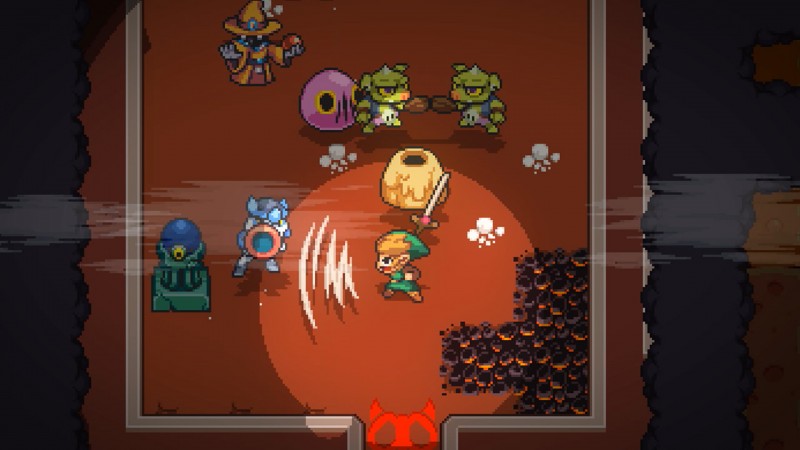 The incredibly wordy title of Cadence of Hyrule – Crypt of the NecroDancer Featuring the Legend of Zelda, which we’ll just call Cadence of Hyrule, was announced as a surprise during Nintendo’s Nindies show in March. The game was given a Spring release window, but Nintendo and developer Brace Yourself Games have not been making much noise about the rhythm adventure since.

Last night, Nintendo aired an Indie World presentation in Japan, which is not entirely unlike the Nindies showcase here. During the show, there was a small segment on Cadence of Hyrule, which showed new footage while the Indie World hosts talked over it using pixelated avatars. At the end of the segment, they confirm that the game will launch in June at least in Japan, but presumably also in the west.

You can check out the video below.

That’s not a galloping shock, considering the game’s Spring release date and we are quickly running out of time that could be defined as Spring. The game uses the Crypt of the Necro-Dancer mechanics, but with a Zelda skin and playable characters in the form of NecroDancer protagonist Cadence, Link, and Zelda herself.

Considering the June release date, my suspicion would be a drop during E3, maybe even during Nintendo’s E3 presentation. You can make sure to watch Nintendo livestream their show on Tuesday, June 11 at 9:00 a.m. PT.