It’s finally the Hunter’s time to shine. Last week, we got to see the new Ice Wizard subclass for Warlocks and the new Ice Tank subclass for Titans coming in Destiny 2’s Beyond Light expansion, but now it’s time for the Hunter Stasis subclass to take center stage.

It’s called the Hunter Revenant, and it’s best described as the Ice Ninja subclass. The Hunter trades in its trademark bow, staff, and knives for a pair of scythe-like kama blades and some shuriken.

But what does the Revenant’s new ninja accouterments actually do? As with the other subclasses, they slow and freeze enemies in spectacular ways. 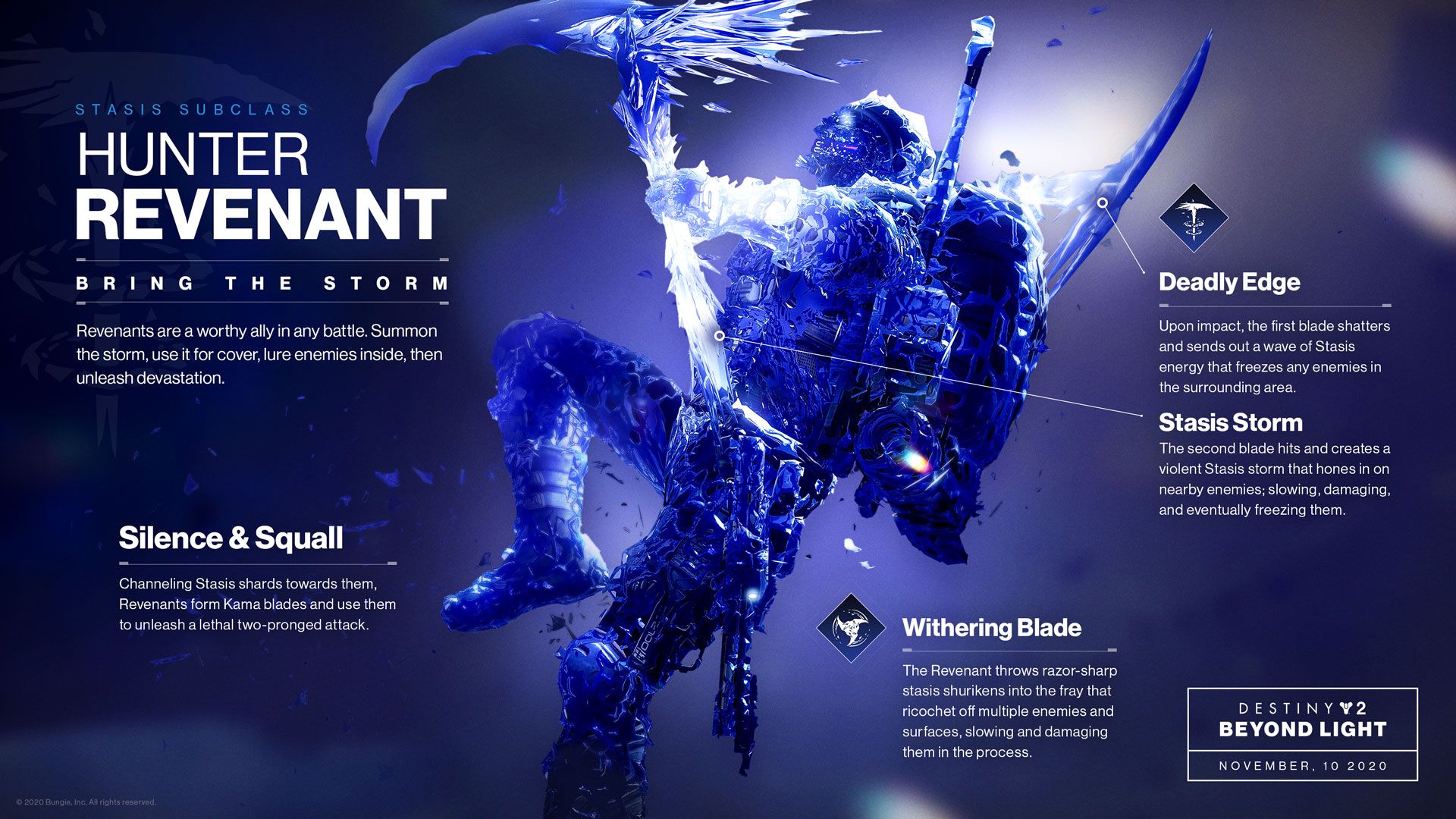 The ice shuriken–called Withering Blade–ricochet off enemies and surfaces, damaging and slowing anyone they touch. If more than one shuriken hits the same target, then it freezes instantly. Withering Blade represents the new melee ability for the Revenant, while Silence & Squall is the new super ability. Named after the twin kama blades that the Revenant summons, Silence & Squall is a two-part super ability.

Part one involves tossing Silence in a thrown AOE attack that freezes all enemies with its radius. Part two also involves throwing Squall, but this time it embeds in either the ground or an enemy before detonating in a Stasis Storm. This sends out icy tendrils that track down nearby enemies, causing a slow effect and damage over time.

The Slow Dodge Aspect will cause a Revenant’s dodge ability to slow nearby enemies, while the Shatterdive Fragment will give each Stasis subclass a stomp ability that will shatter frozen enemies within the impact radius. Whisper of the Hedros is a Fragment that gives bonus damage whenever an enemy becomes frozen but also gives a -10 Strength debuff. 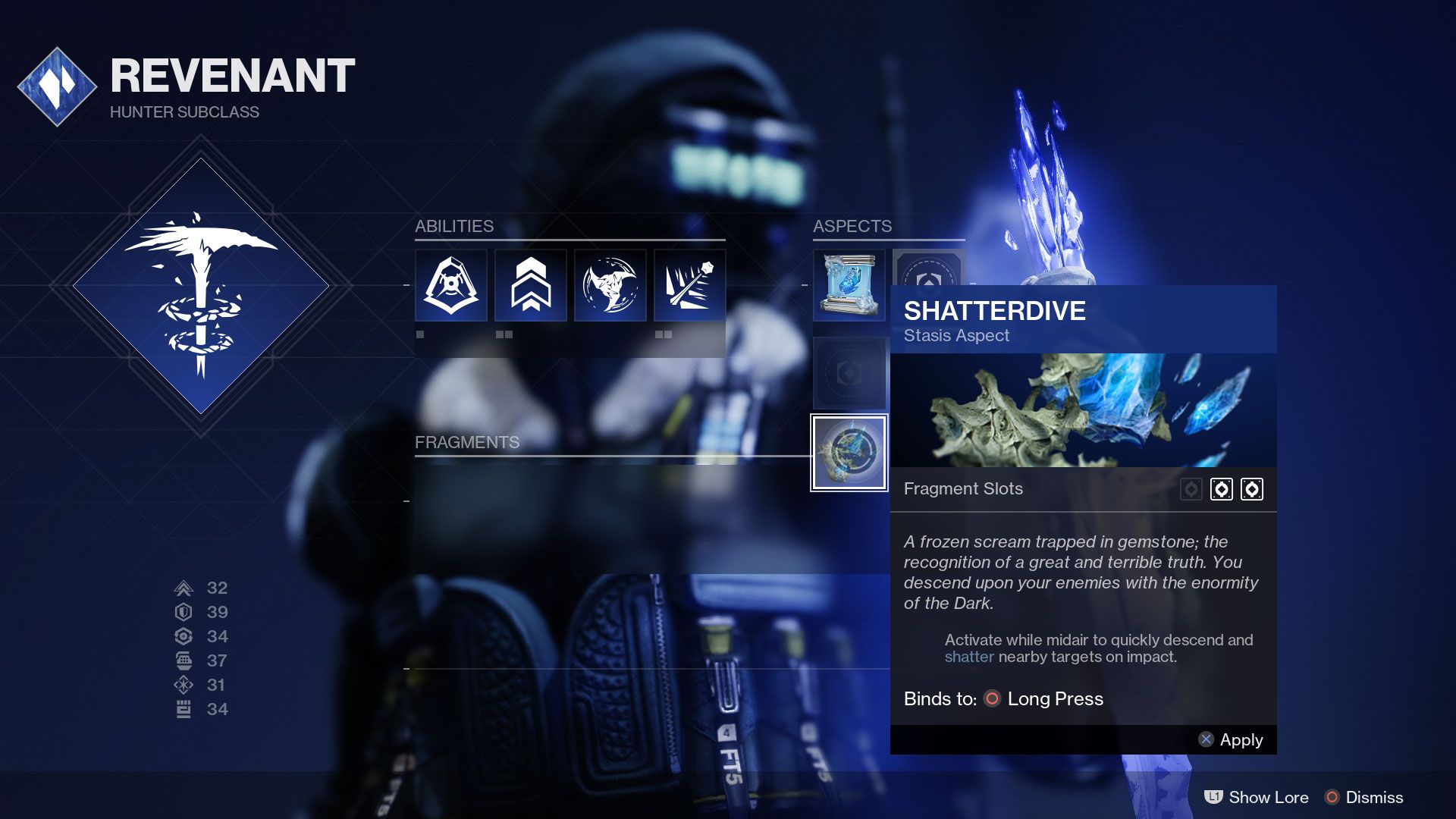 And finally, all Stasis subclasses get to choose between three new Stasis grenades. Glacier Grenade summons a wall of Stasis crystals that will freeze enemies caught within the impact zone. That wall of ice actually sticks around for some time so players can use it as a platform to get to previously unreachable areas. It’ll also eventually explode, dealing AOE damage to nearby foes.

The Coldsnap Grenade sends out a wave of Stasis energy to freeze the nearest enemy and then does it again two more times. Last, but not least, Duskfield Grenades emit a Stasis field that sucks in enemies, causing a slow effect and eventually freezing them solid.

All these new subclasses, grenades, Aspects, and Fragments arrive with Destiny 2: Beyond Light this November.