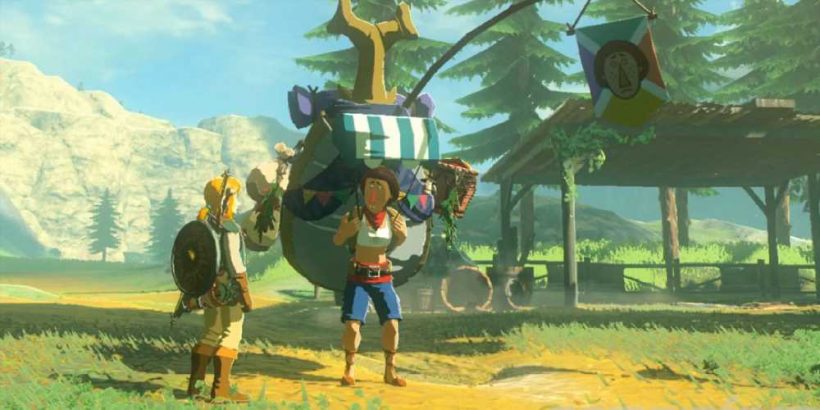 Beedle is one character, but you can find them all over the map in Breath of the Wild. That begs the question – does he actually travel, or did Nintendo sneakily place four separate versions of him? Turns out it's the latter as one fan managed to bring them all together.

You can move Beedle by bumping them but a smidge. So to bring them together, you have to carefully knock all four of them over and over again. And over. And over. Sounds like a slog, eh? Yeah, but that's what ThornyFox did (as spotted by GamesRadar).

Apparently it took ThornyFox ten hours to get all the Beedles together. Ten. That's a lot of nudging. The final result is a little goofy meetup where the same person is sat in the same spot, hanging out with themselves, and you can see it in the video below. You could also do it yourself in your own game, but it's a little tedious to pull it off.

At the end of it all, ThornyFox turns to the camera and takes a little photo with his Beedle pals, all together with their blue denim shorts and crop-tops. "It took me ten hours. I had plenty of time to think about my life choices." Still, it sounds like ThornyFox enjoyed every waking moment, saying that it was "ten hours well spent."

In other Zelda news, a modern decided to crank up the cursed and bring all the Toads together. All of them. They replaced every single texture in Ocarina of Time's fan-made PC port with Toad's face. Even Link's shield, the UI, and the mountains are plastered with toad's little face. If you want to experience that, you can set it up on your PC right now, and it's far easier to do than pushing four Beedles together.