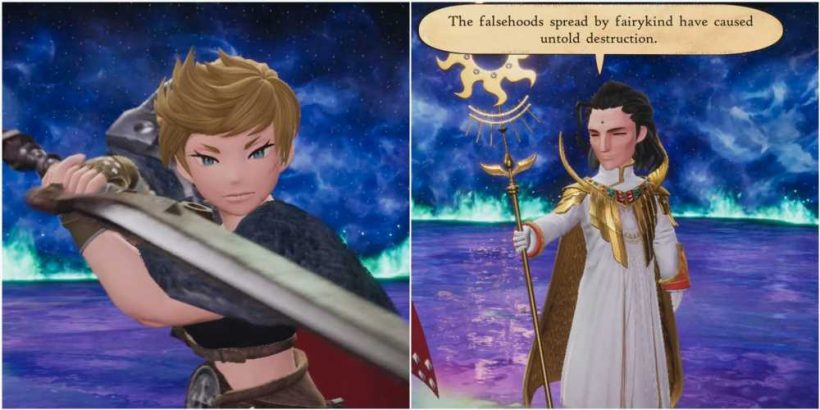 Bravely Default 2 is one of the best JRPGs to come out in recent memory. Its interesting combat, in-depth job system, and plot are simply unforgettable. Whilst it's not a game that requires too much grinding, the bosses you encounter can school you if you aren’t prepared.

Helio And Gladys are a duo who, like with most bosses, will put up one heck of a fight when you encounter them. Using the classic setup of tanky DPS supported by a healer, target priority, and high burst damage are required if you want to leave the brawl alive. 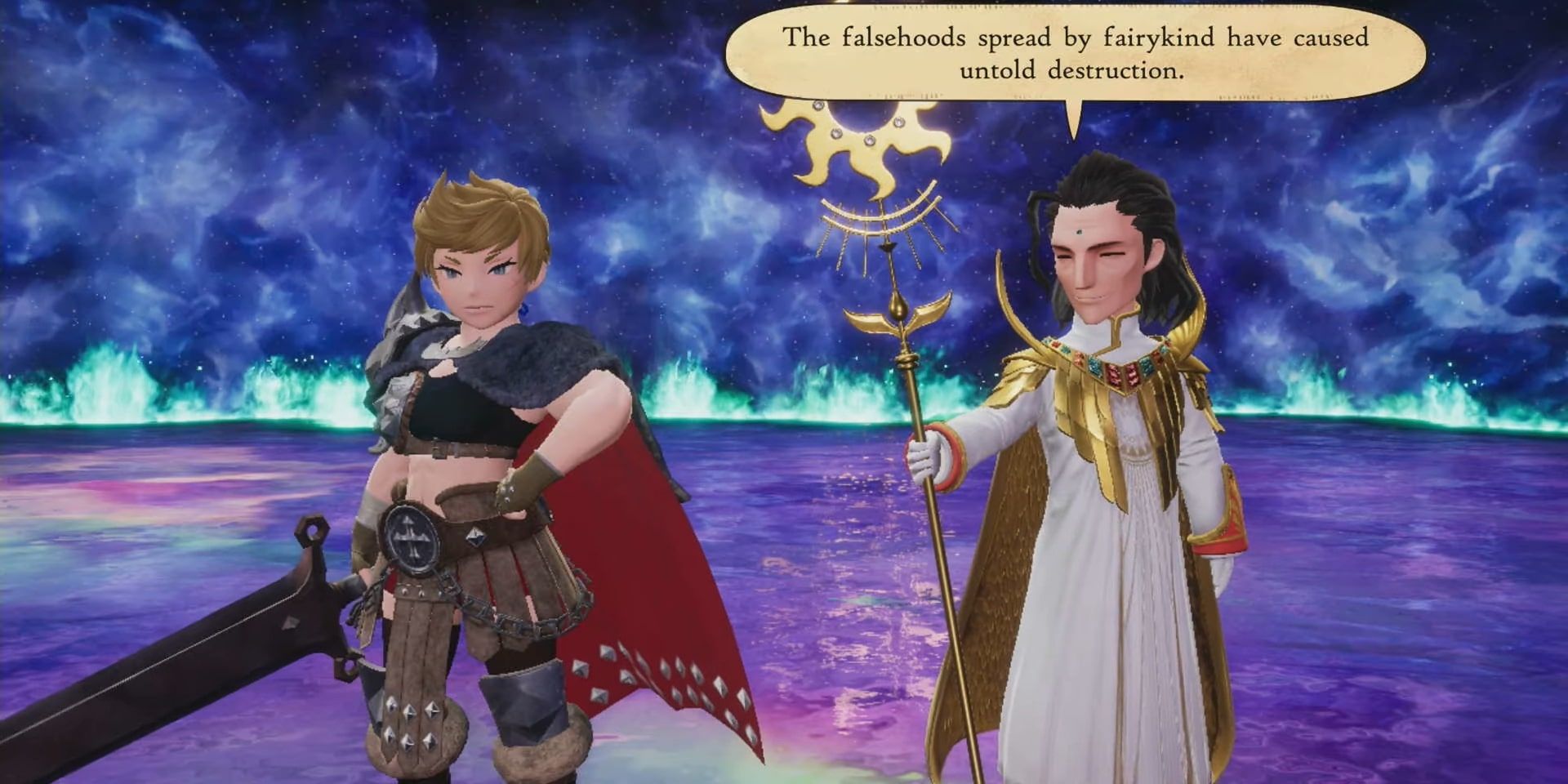 As you can see, the duo has some complimentary weaknesses and resistances. You can’t rely on just one damage type to take them both out, which means you need to have a bit of variety in your party if you want to come out on top. 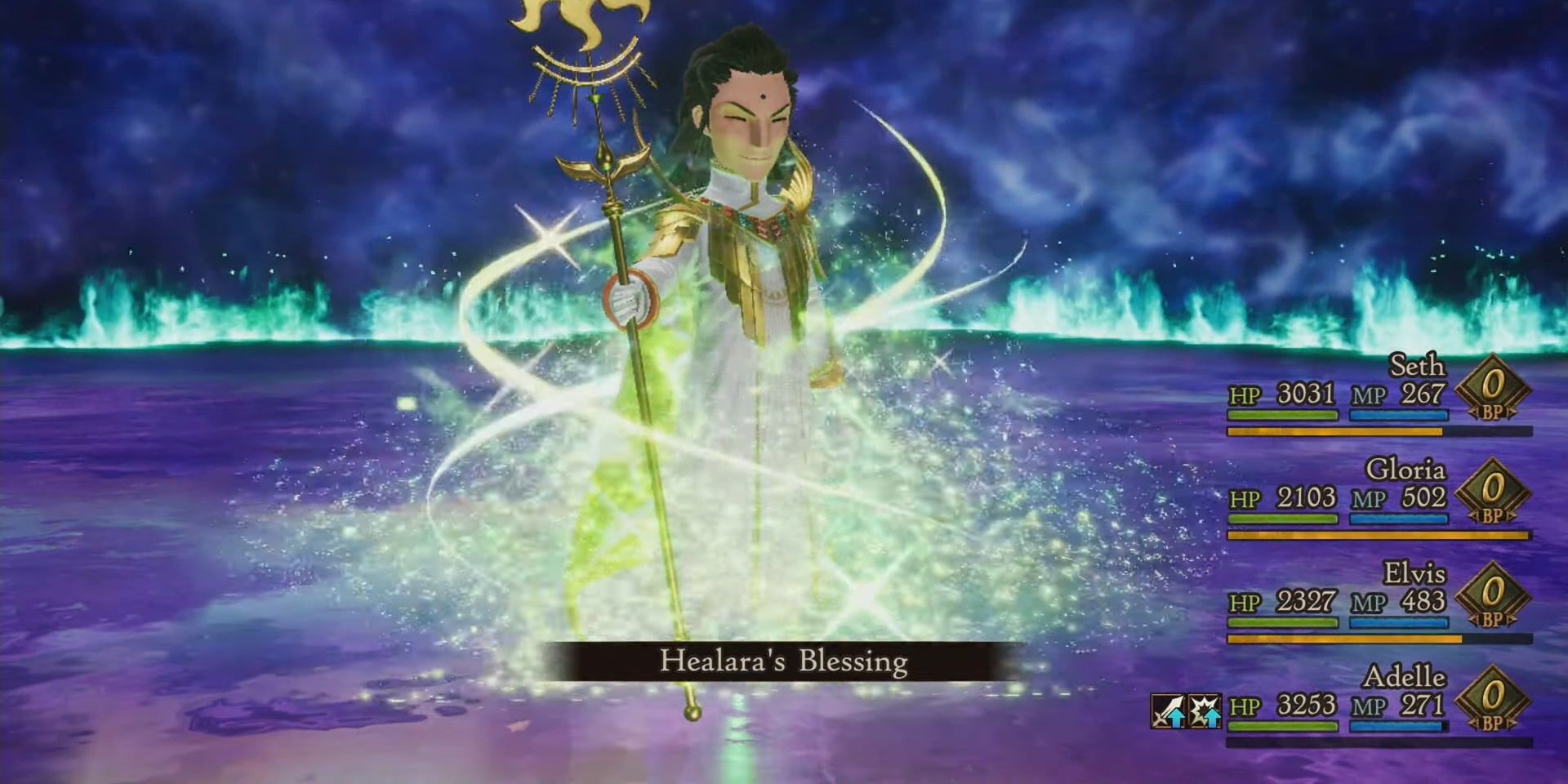 Helio acts as the support character in this fight. He has some seriously strong healing abilities, some of which are cast as a counter to your offence. Furthermore, Helio is a potent Light magic user, and he can deal a lot of damage if you're not careful against his attacks.

If Helio is the support, Gladys is the tank. She just so happens to be quite the damage dealer too. She has ways to mess with your BP, double her damage, and generally, be quite a pain – literally. She has no way to self-sustain, however. She may be powerful, but she won’t be the priority. 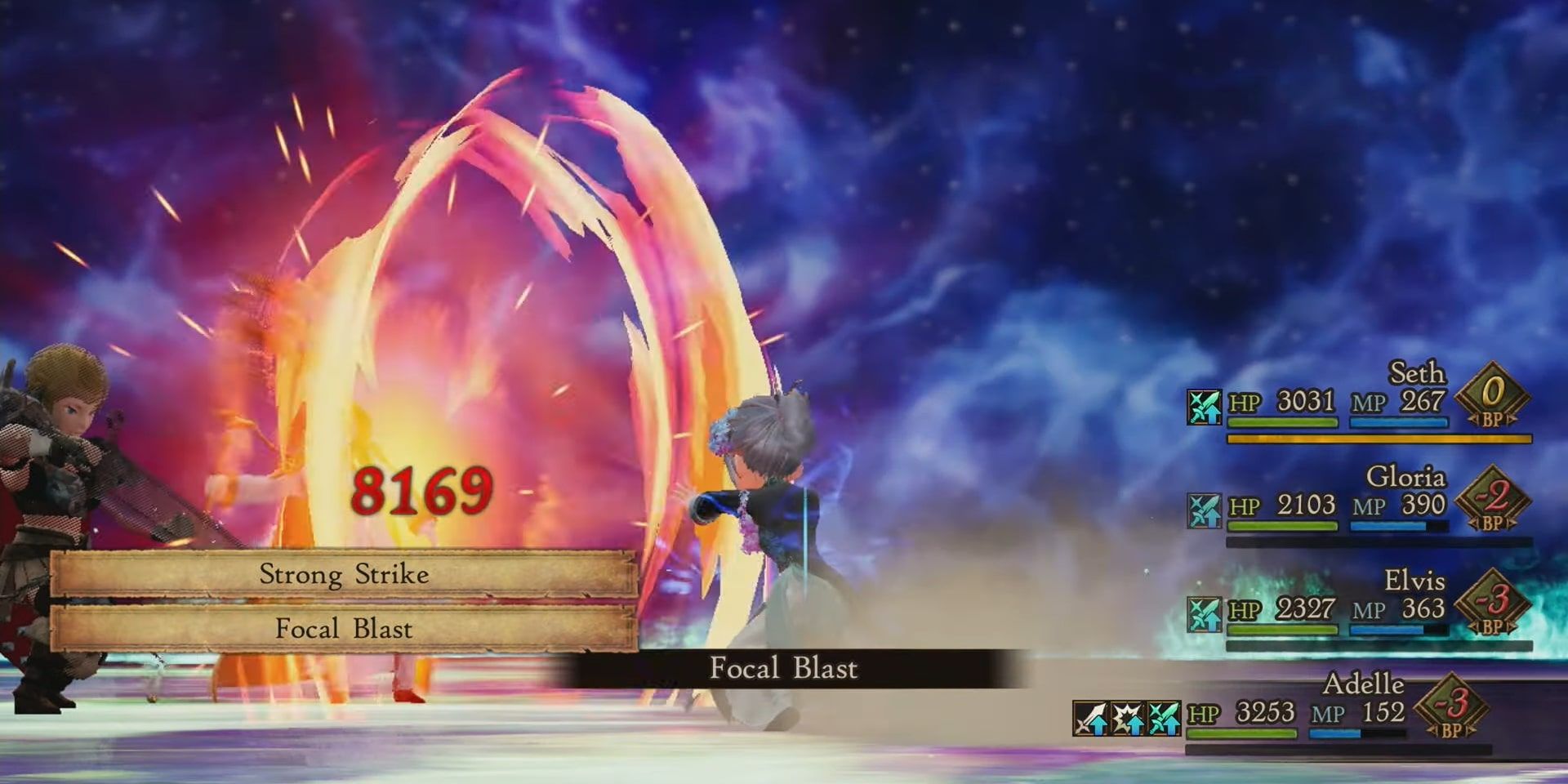 This fight may seem pretty simple at first glance. It’s very similar to your first boss fight with Selene and Dag, and the basic idea is the same. You want to kill Helio first, and then move on to Gladys. This issue is, Gladys is quite the monster, so even if you kill Helio, the fight isn’t going to be easy.

You want to kill Helio as soon as possible. You don’t want him casting any of his healing spells, because this will just prolong the battle and make killing Gladys significantly harder. The best way to kill Helio is to ravage him with a Red Mage’s Chain Spell. As long as you aren’t hitting his Resistances, then any spell should suffice. Aeroga is a safe bet though. A buffed Monk will also do the trick.

Thankfully you have other party members who can chip in. Landing a few Humanoid Slayers from a Ranger and Neo Cross Slashes from a Vanguard should finish him off.

Gladys is the real thorn in your side here. Her bag of tricks is substantial and deadly. A general rule of thumb when fighting Gladys is to never Default. Ever. Every time a character Defaults, Gladys counters by gaining BP. If Gladys has BP, then you’re in for a world of hurt. She will hop into her terrifyingly powerful Solid Stance and lay into your party 6 times in one turn (with full BP). This is more than enough to kill any of your weaker characters.

Of course, having no BP of your own is going to be a bit of a pain. You lose access to a lot of your damage and healing potential. By this point in the game, however, you should have access to some BP generating abilities that don’t rely on Defaulting, such as Revenge.

Gladys will eventually gather up enough BP to cause you some issues, and this is where you need someone with a bit of heft to take the blow. The Vanguard is your best bet here, and you will want to taunt Gladys with Enrage the moment she gets 3 BP. This will force all of her attacks to target your tank, who should be able to survive the attack.

Remember, only Helio has AOE damage, meaning you don’t need a dedicated healer in this fight. A Red Mage is not only a potent damage dealer but a competent single-target healer. They are ideal for topping up your party.

Speaking of Red Mage, you're going to want one in your party. Their Chain Spell ability is simply amazing in this fight, and combining that with practically anything will do work. Disaster is a solid bet, but plenty of spells can do the trick. Don’t forget that your Red Mage is your Support piece too. Remember to heal, apply buffs as a priority, and only throw out an attack when you are safe to do so.

Providing you are tanking with your Vanguard at key moments, this fight should go pretty smoothly – it might take a while if you can’t generate BP effectively, however. 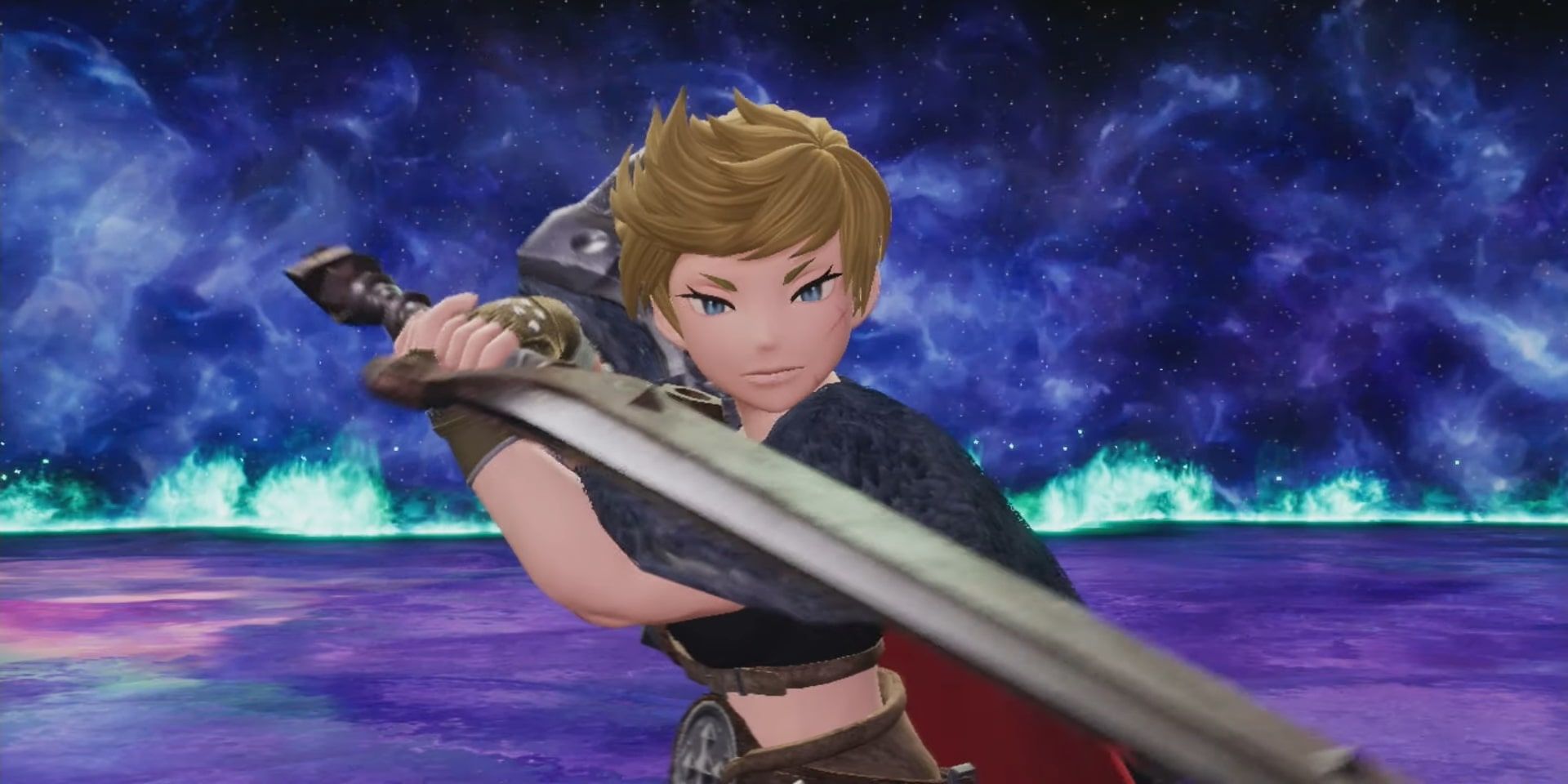 The only two party members that are a must take, are the Red Mage and the Vanguard. These two are powerhouses. Vanguard can taunt, whilst the Red Mage can do practically everything. Your remaining party members are really up to you.

Rangers make a great addition thanks to their Humanoid Slayer attack, Shieldmasters can provide some much-needed buffs to your party, as can Bards. Martial Artists can also be used to deal huge amounts of damage in a pinch too.

What you don’t need in this fight is a Thief or a White Mage. Since neither boss has any stealable items, you are not getting the most benefit out of the vagabond, and the White Mage is too focused on healing when the Red Mage can stand in and deal more damage when needed.