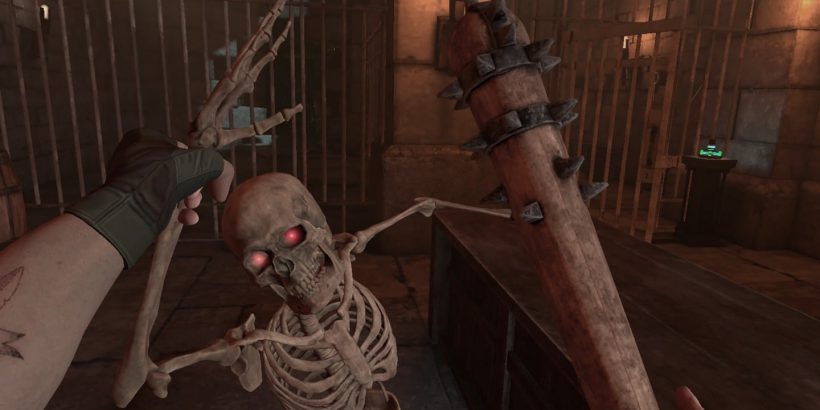 The Oculus Store listing for Stress Level Zero’s Bonelab gives us our first look at the Quest 2 graphics compared to the PC VR footage shown in the trailer.

Bonelab was unveiled yesterday at the Meta Quest Gaming Showcase. It’s the next game from Stress Level Zero, and a follow-up to the studio’s 2019 PC VR title, Boneworks. While Boneworks never released on the Quest platform, Bonelab will launch later this year for both PC VR and Quest 2.

However, the footage shown in the trailer above was captured on PC VR, with Stress Level Zero developer Brandon J Laatsch writing on Twitter “the Quest 2 version will feature identical gameplay when @90hz”. That leaves us wondering how the Quest visuals might differ.

With store page listings for Bonelab on Quest and Steam going live, we’re able to compare the screenshots from both listings and get a glimpse at the Quest 2 visuals.

It’s obvious that the screenshots aren’t 1:1 recreations — poses and positions slightly differ, but it’s clear that objects and areas are the same in each.

The difference between Quest 2 and PC VR is pretty apparent — most notably, the lighting doesn’t seem as stunning on the former and looks a bit flatter in general. That being said, the Quest visuals still look pretty strong overall.

It’s also worth keeping in mind that placing these screenshots in a side-by-side comparison doesn’t do the Quest version any favors. When you’re actually playing Bonelab on Quest 2, the differences will probably be less much apparent than they are here.

Are you looking forward to Bonelab? Let us know in the comments below.