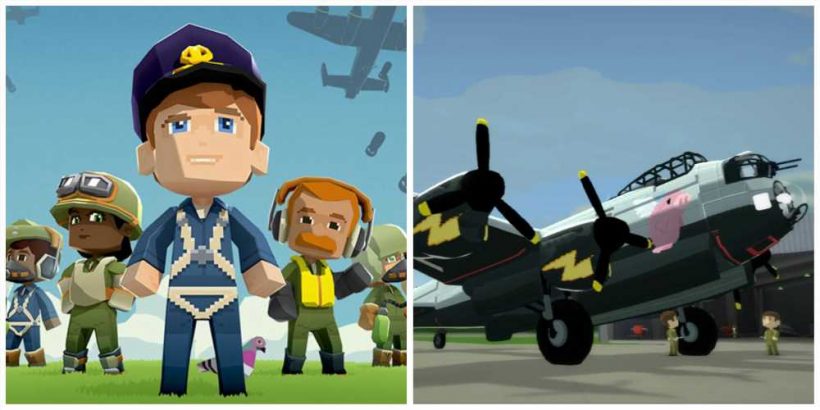 Bomber Crew is a World War II flight simulation game that sees you and a team of battle-ready co-pilots waging war across the skies, a chaotic realm in which every bullet fired bears a brutal consequence. As the commander, you are tasked with summoning only the finest members to flesh out your crew, from which you will embark on entertaining conquests across the nations.

On paper, Bomber Crew sounds relatively straightforward. That said, you should try not to let the blocky heads and cutesy art style fool you, for its inner nexus of challenges and campaign missions can often be deceivingly blunt and pretty cutthroat. Onboard these crucial tips, though, and you might just prevail over its frequency stubborn skies.

Understand How Your Crew Operates 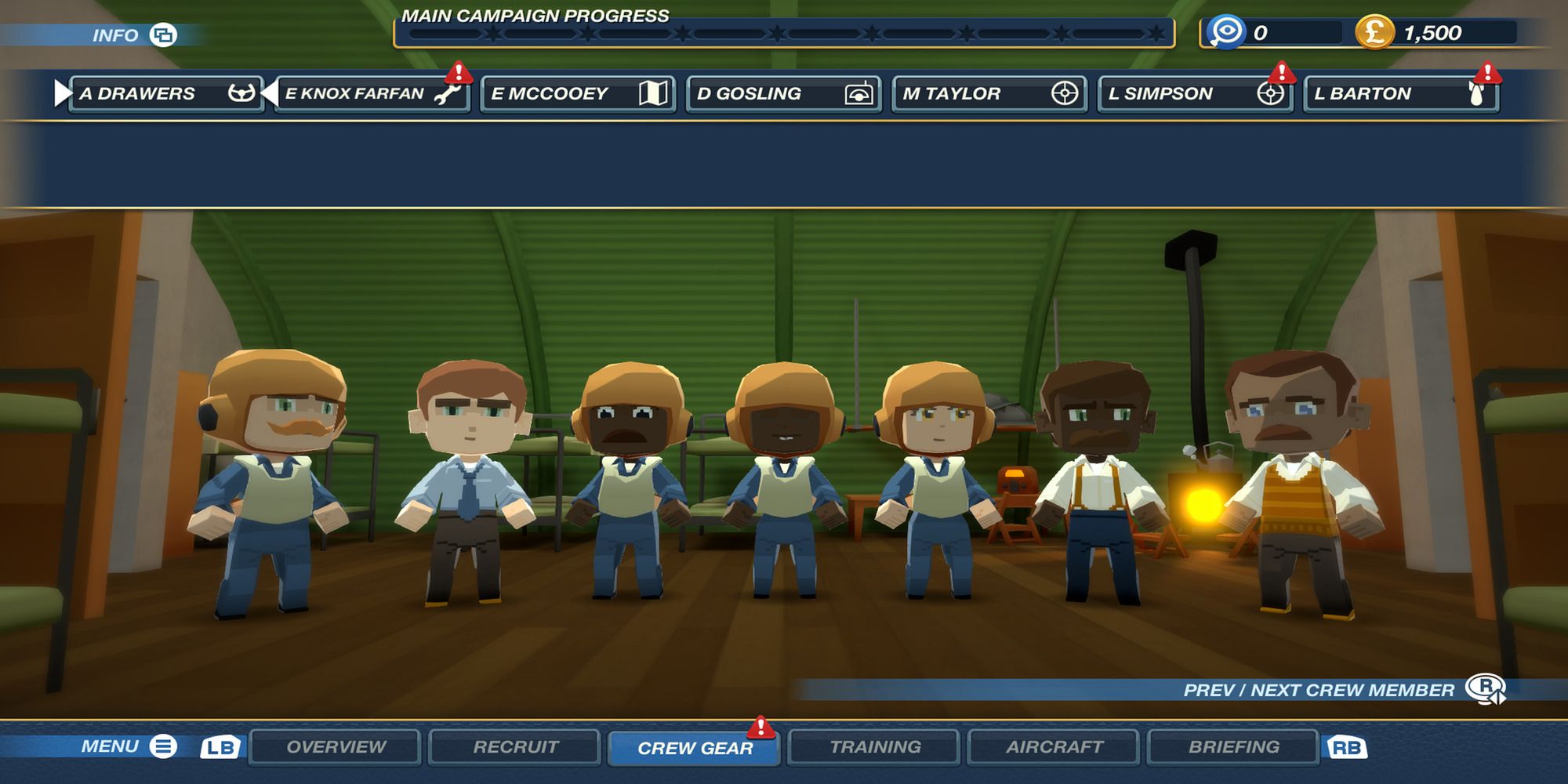 As tempting as it may be to go diving head first into the Campaign, you should aim to learn your crew's duties before departing the hangar. After all, knowing exactly what it is your team is doing when parading around in the skies is sort of mandatory — especially when it is you who tugs on the strings out there.

Bomber Crew lets you employ and control seven crew members, all of whom bring a unique ability to the table, and are all as equally important as the next. To develop a functioning aircraft with a hearty crew, you will not only need to learn each of them by name, but also their purpose when on board. To make it clearer, here's what you should know. 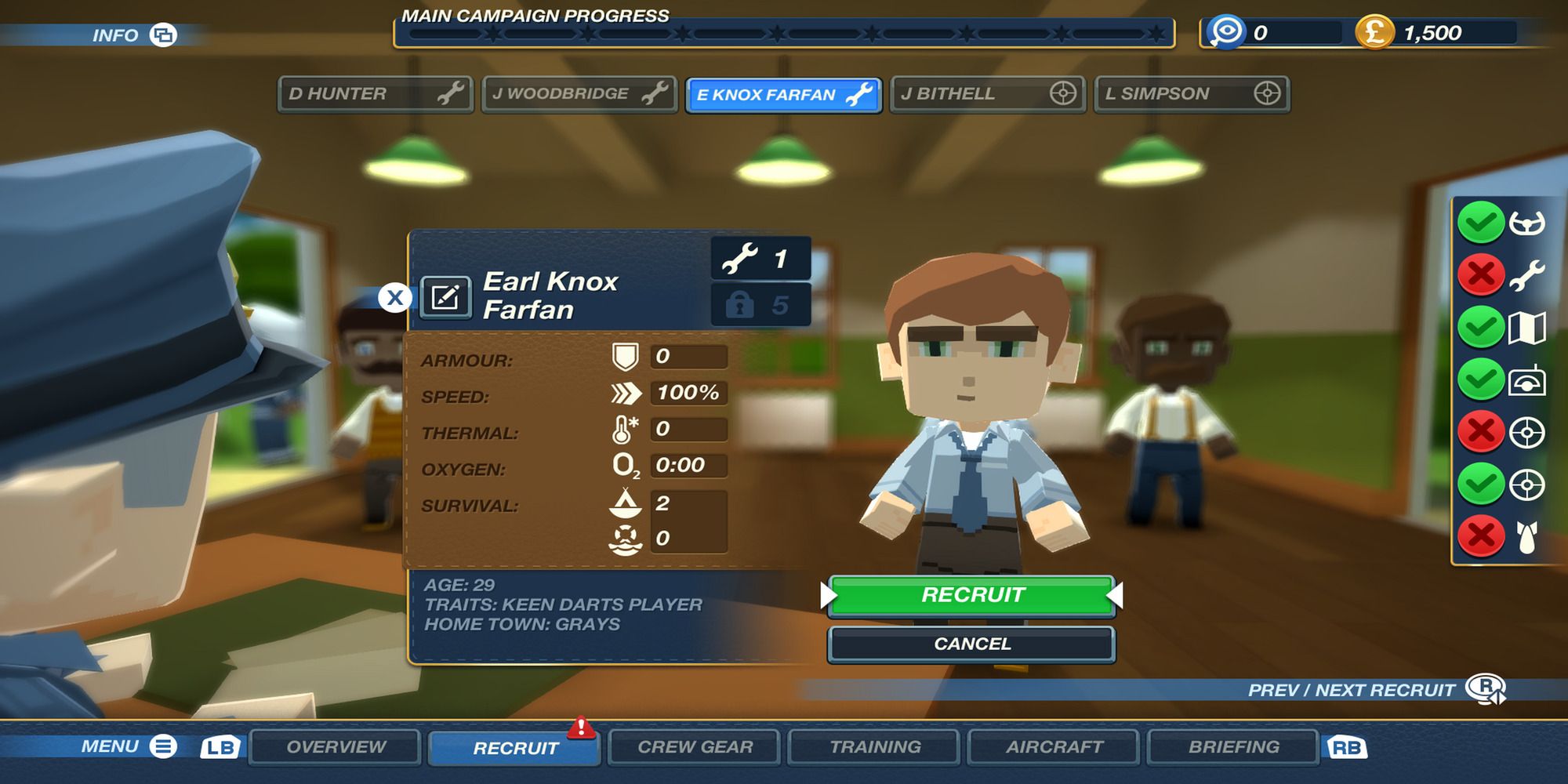 After beating the tutorial, you'll need to assemble a full crew, which means onboarding a second Gunner, and an Engineer.

For this, you will need to slide over to the Recruit tab from the Hangar Menu. Once opened up, you will encounter five potential candidates: three Engineers, and two Gunners. Your goal here is to hire the most balanced crew members, which will in turn benefit your whole crew moving forward.

A crew member is made up of five things: Armour, Speed, Thermal, Oxygen, and Survival. To give yourself the best odds of winning a battle, aim for the jack-of-all-trades of the bunch, rather than the specialists who only favor one specific attribute. 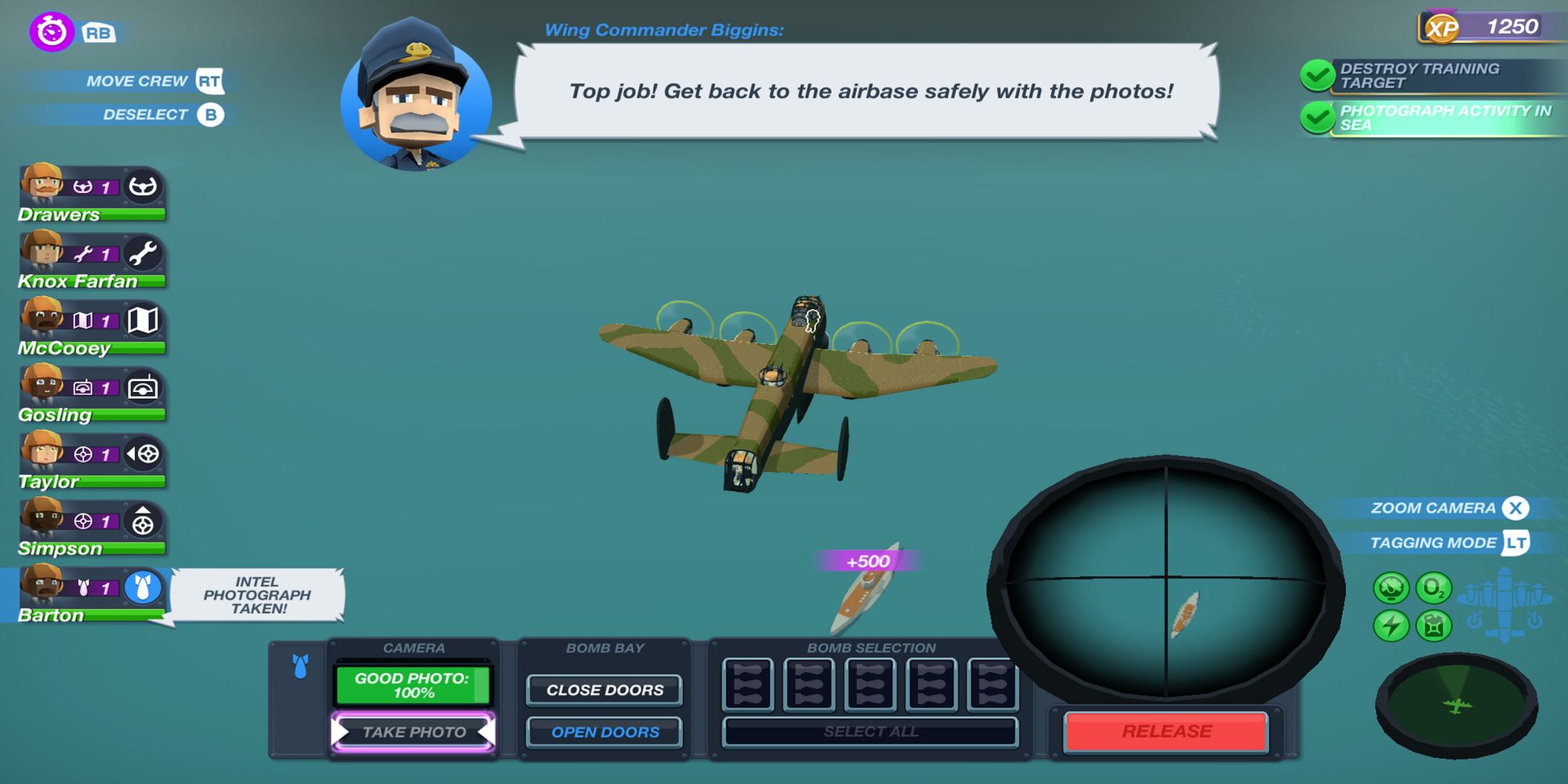 It may sound strange, but unless your goal is to drop supplies to a nearby base, you should always aim to maintain a medium to high altitude.

By flying high, you will of course avoid being targeted by ground enemies, which includes anti-aircraft flak guns and turrets. The only caveat to this, however, is the waypoint in which your Pilot will want to head towards. The bottom line is, if you're flying high, you won't be able to tag a destination.

To conquer two birds with one stone, aim to set the furthest away waypoint at the beginning of the battle. Once tagged, cruise at a medium altitude. If any ground enemies can be seen while working towards your destination, ascend to the highest altitude until you've flown over the threat.

Load Up On Guns And Armour 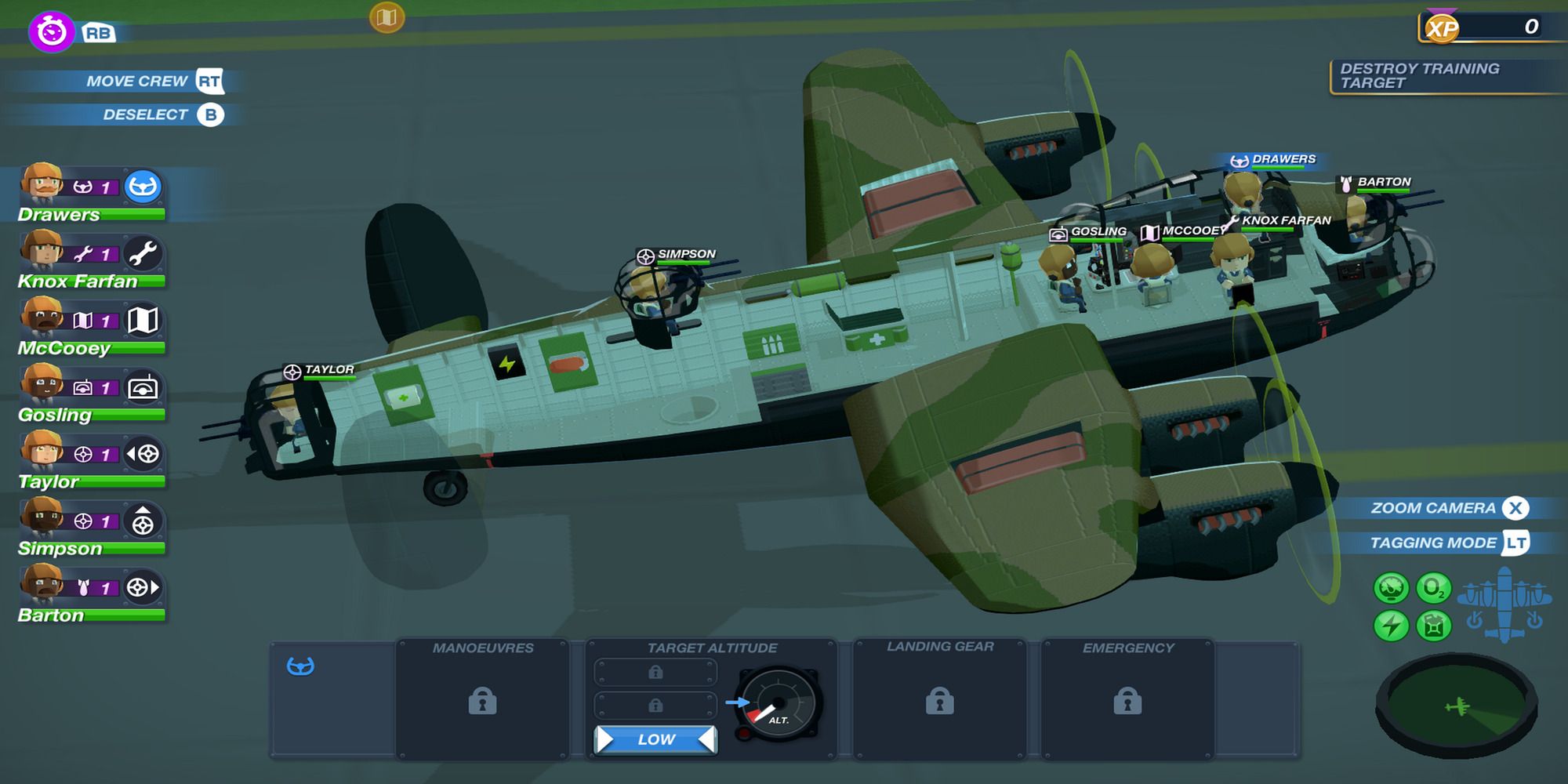 ​​​​Although you may find yourself tempted to go spending all of your hard-earned cash on cosmetics for your crew, you should definitely try and prioritize upgrading the aircraft.

Specifically, the Gun Turrets, which will help you pack an even harder punch when targeting enemies out on the battlefield. By upgrading the Gun Turrets, you will increase the Ammo Per Belt, and the Damage Per Second. Your first port of call after beating the tutorial should be to ads a Ventral Turret, which will give you more firepower and an additional set of eyes during combat.

Besides Gun Turrets, you should also look to channel your resources into acquiring more Armour for your bird. You can unlock more Armour by scrolling to the Fuselage section of the Aircraft menu. By upgrading any of the aircraft components, you will of course be able to withstand more damage during battle, which can help you complete objectives a lot quicker before being gunned down. 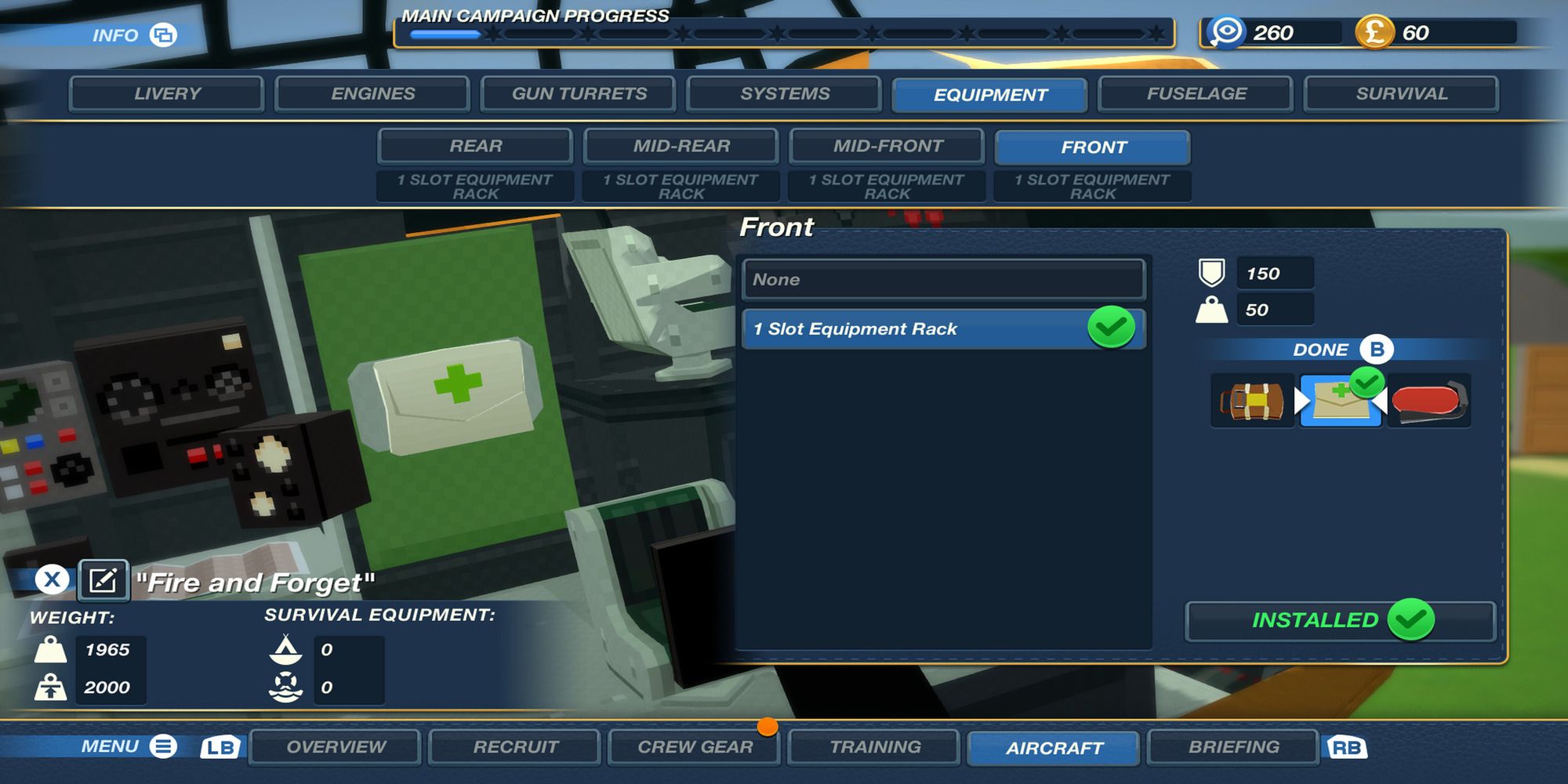 Dealing with casualties tends to be a common objective in a game like Bomber Crew, especially in missions that involve fleets of planes.

The problem is, if you don't get your injured friends back on their feet in two minutes, then they will die, and you will lose all your progress with that character.

Therefore, you should always prioritize saving your crew when needed. If this means one of your crew abandoning their stations, then you should aim to have your Engineer or Bomb Aimer carry out the rescue.

You can, of course, select any crew member to save the downed player, but you should try and steer clear of using Pilots and Gunners, as these characters are likely to be needed more than others.

To make your life slightly easier when in the heat of the moment, aim to add more on-board health stations for the allocated rescuer to access.

The more health stations you purchase for your aircraft, the faster your crew can get the downed character back on their feet, and the faster you can get back to the task at hand.