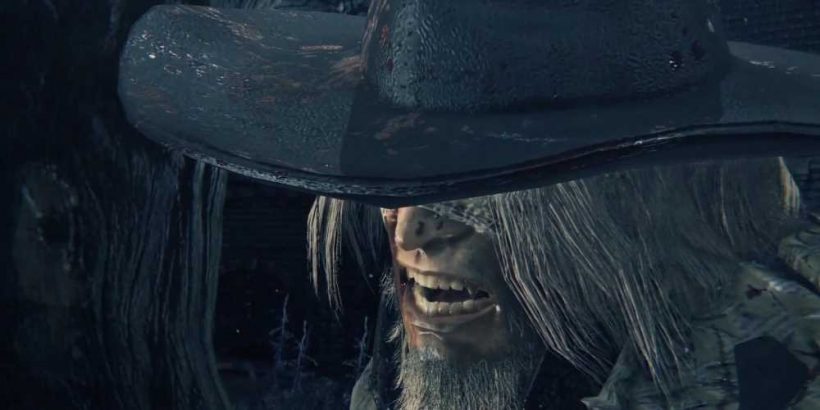 Elden Ring has been out for a few months now, and one of the best aspects of the RPG is the unique character builds players come up with. The internet is already filled with many great builds for players to test out in The Lands Between. However, one player is taking inspiration from the past to take on The Elden Lord. A new build has emerged that brings the infamous Father Gascoigne from Bloodborne into FromSoft's latest hit.

Over on Reddit, a video has been posted showing off a PvP battle where a player runs into the Bloodborne boss (thanks, PC Gamer). While Father Gascoigne’s physical appearance – a large human with a hat, gun, and big ax – is not that difficult to recreate, there is a level of detail to this build that makes it truly impressive. It all begins when the player runs up to the Gascoigne clone and he slowly turns to face him, letting out a mighty roar. This is reminiscent of the actual cutscene that plays when Bloodborne players run into the boss. From there, an impressive fight ensues that will make any FromSoft fan feel like they are back in Yharnam.

As the players go back and forth, hacking and slashing at one another, the Father Gascoigne clone changes tactics once their health reaches about 2/3 of the maximum. Just like the fight in Bloodborne, the Elden Ring counterpart transforms axes from a standard mid-range one to a large, more terrifying version. Of course, the axe doesn’t really transform, but it is still an impressive attention to detail that makes this build so great. And that's not even the only way this fight changes to match the original.

For those familiar with this particular Bloodborne battle, you may remember that Father Gascoigne transforms into a wolf-like creature about halfway through. Well, this build allows for that to happen as well. In a terrifying display, the Bloodborne build transforms and attempts to destroy the other player in a series of frenzied slashes and attacks. Luckily, the player can overcome Gascoigne and walk away from the fight… but, like us all, they will be forever changed by the experience.