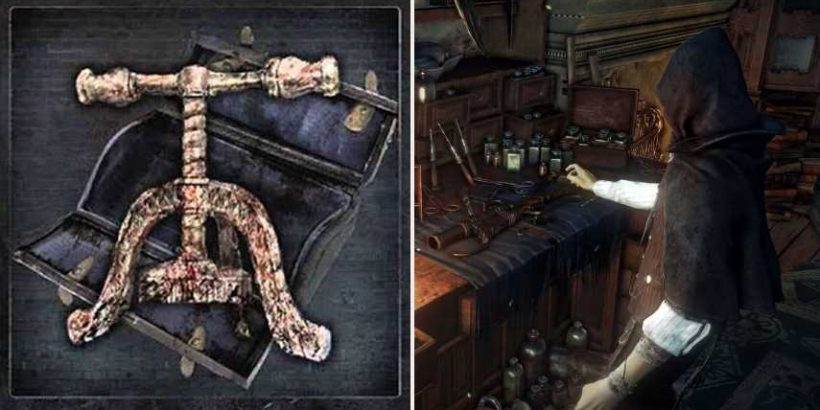 Weapon upgrading is par for the course in any FromSoftware game. Both Demon’s Souls and Dark Souls feature fairly advanced upgrade methods along with multiple upgrading paths that offer a wide variety of customization in regards to weapons. Not so much in the case of Bloodborne, which streamlines the concept altogether while also adding its own unique flourishes.

Bloodborne’s upgrade system may not be as in-depth as Dark Souls’, but there are several nuances to keep in mind. More importantly, the streamlined nature of weapon upgrading in Bloodborne actually allows players to make greater use of the Trick Weapons at their disposal. In typical Souls fashion, however, Bloodborne doesn’t let Hunters make the most out of weapon upgrading right away. 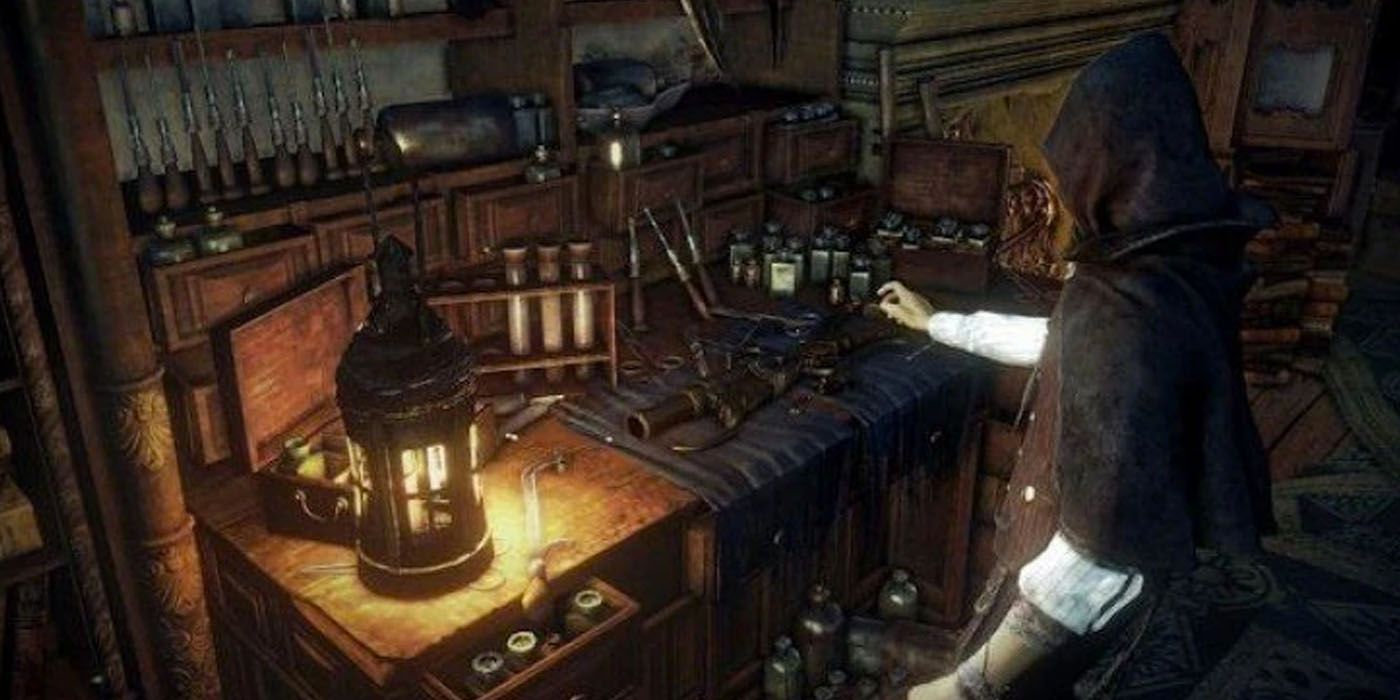 Unlike in the Dark Souls games where players need to speak with merchants or blacksmiths in order to repair or upgrade their weapons, Bloodborne allows Hunters to manage all their equipment from the comfort of the Hunter’s Dream. The central building inside the dream, the Hunter’s Workshop offers access to weapon fortification, blood gem infusion, and basic storage capabilities.

Father Gascoigne will appear inside of the Hunter’s Workshop during the early game before moving elsewhere, leaving it unattended for the player throughout the duration of the story. While Blood Gems aren’t available for customization right out the gate, Hunters can start storing items and upgrading their weapons at the workbench as soon as they gain entrance to the Workshop.

As a key part of the Hunter’s Dream – Bloodborne’s central hub that players will be coming in and out of repeatedly – quite a bit of time will be spent inside of the Hunter’s Workshop. It’s always worth repairing items inbetween leveling or restocking Blood Vials with the Bath Messengers. 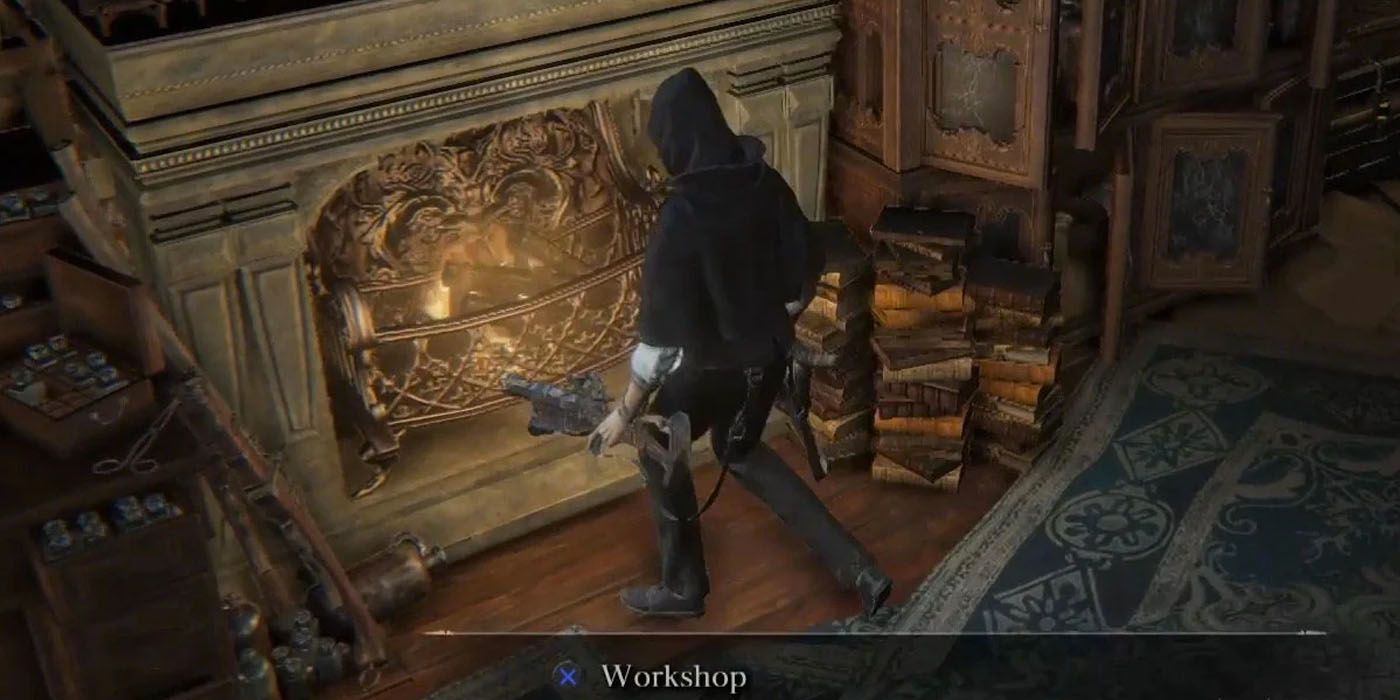 Weapon upgrading is nowhere near as demanding as in Dark Souls and that’s honestly one of Bloodborne’s greatest strengths. Without different upgrade paths to go down, Trick Weapons are not only better designs than Dark Souls’ weaponry across the board, upgrading is a streamlined process where Hunters will always know what material they need. Every weapon follows the same upgrade pattern:

That said, finding materials is easier said than done. There’s a bit of grinding involved when fully upgrading a Trick Weapon, and Bloodborne paces its Blood Stones out carefully enough where players can’t brute force their weapons in the early game. While this system does encourage weapon experimentation by virtue of simplifying the upgrade process, it is important to stick with one Hunter Weapon as far as late game upgrading is concerned. 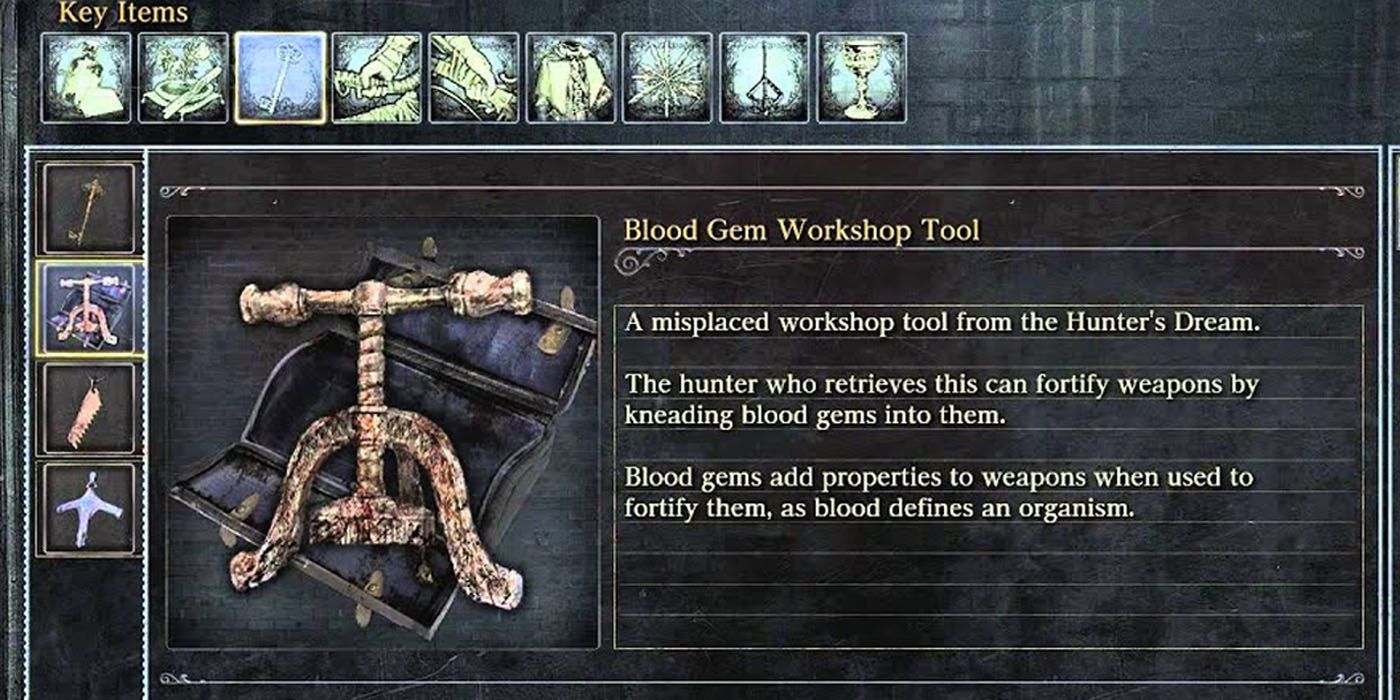 Right after defeating Father Gascoigne, head inside of the library that’s on the way to Cathedral Ward to find the Blood Gem Workshop Tool inside. Once brought back to the Hunter’s Dream, players will be able to start upgrading their weapons with the incredibly useful Blood Gems. 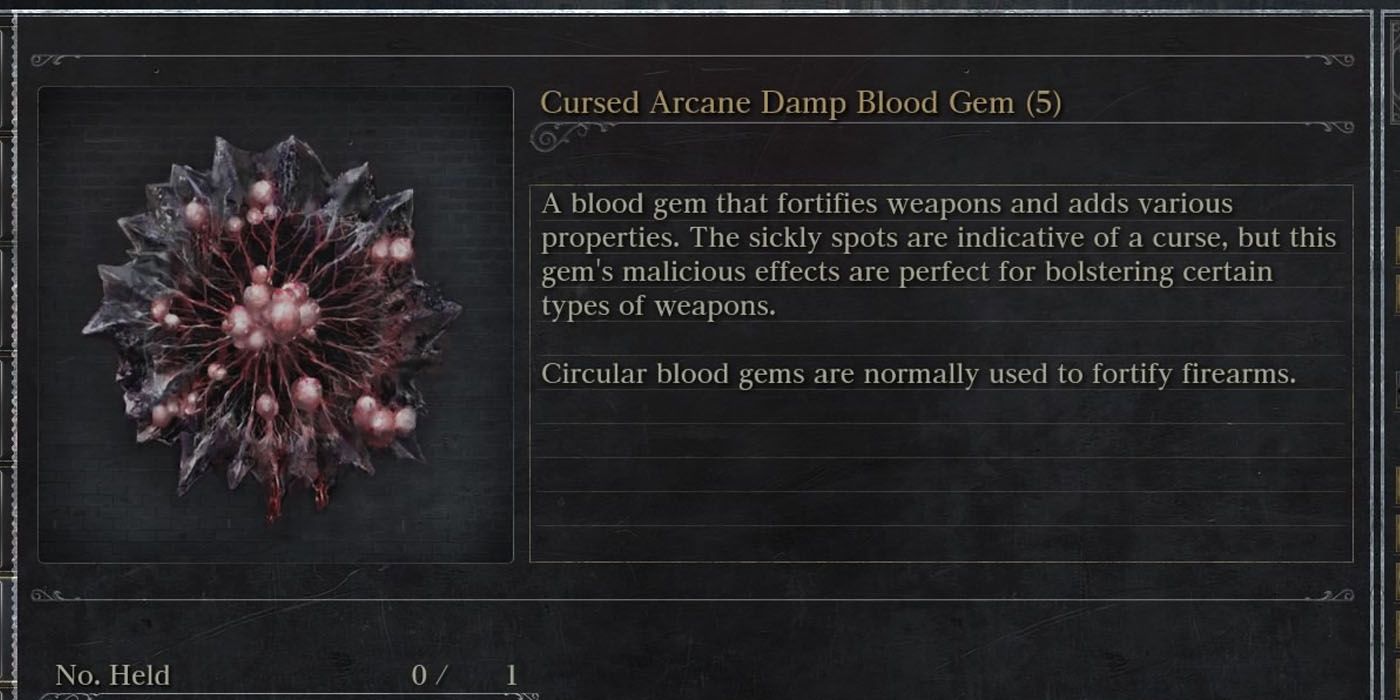 With the Blood Gem Workshop Tool unlocked, Hunters can finally begin augmenting their Hunter Weapons with Blood Gems. There are several types of Blood Gems, all of which have their own shape. Right Handed weapons take Radial, Triangular, and Waning Blood Gems; Left Hand weapons take Circular Blood Gems; and Droplet Gems can be equipped on anything.

Different Blood Gems resonate with different Hunter Weapons, and since there’s no penalty to equipping and unequipping Blood Gems, players are encouraged to experiment as much as possible. Weapons can have a total of three Blood Gem Slots (called Imprints.) Blood Gems can do anything from increasing stat scaling to buffing players near death. In many respects, Blood Gems are Bloodborne’s answer to Dark Souls’ Ring system. 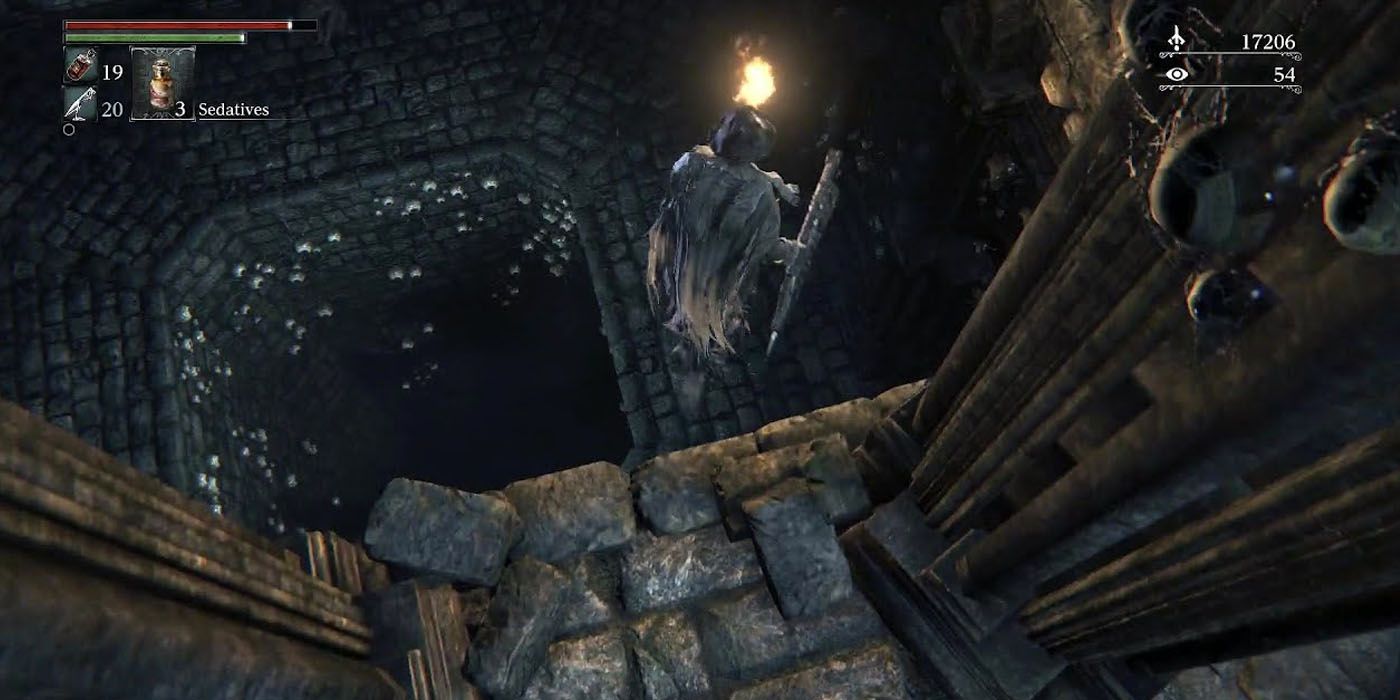 Blood Rocks are essential when it comes to upgrading weapons, but there are only a few in Bloodborne. In fact, anyone who just plays through the main game – doing no Chalice Dungeons or DLC – will only ever stumble upon a single Blood Rock during their playthrough, meaning they can only fully upgrade one weapon. Blood Rocks can be found in the following locations: