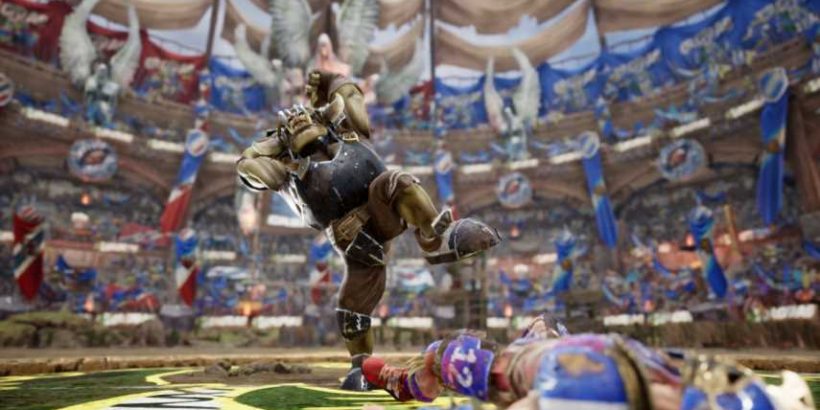 First Blood Bowl 3 was announced for 2020, and when that clearly didn’t happen it got an updated release window of early 2021. We’re knee-deep in early 2021 and there’s still no sign of Blood Bowl 3, but now Naco is saying that the third iteration of their Warhammer Football simulator will arrive in August.

Given the previous delays, we’re going to call that a tentative August that might turn into September or October. That said, it’s more than we’ve ever had before, so we’re going to take it.

The news comes with a brand new trailer that pokes fun at the already satirical world of Blood Bowl with a fake beer ad. Dwarves are notorious drunks (which is pretty racist, but whatever, this is a fake beer ad) and will battle their way through hordes of orcs and goblins for a sip of that delicious Bugman’s Beer.

In case the trailer wasn’t already a dead giveaway, Blood Bowl is Games Workshop’s take on American-style football crossed with Warhammer’s hyper-violent universe. There are goblins, elves, wizards, trolls, and yes, dwarves, all battling it out on the gridiron for their shot at the coveted Blood Bowl.

Developed by Cyanide Studios and published by Nacon (which was formerly Bigben Interactive), Blood Bowl is a turn-based strategy game coming to the PS4, PS5, Xbox One, Xbox Series X, Nintendo Switch, and PC via Steam. Each team has far fewer than the number normally found in football, but each side is allowed to perform maneuvers that would normally result in a foul.

We recently found out that Blood Bowl 3 will include Special Play Cards just like the tabletop version of the game. They’ll add temporary skills to your units or just straight up assassinate an opposing team member. Blood Bowl 3 will also have a campaign mode with interesting characters, star players, and team sponsors, as well as more customization options for teams than all previous Blood Bowl games.

Blood Bowl 3 is available to wishlist now on Steam pending an August release.