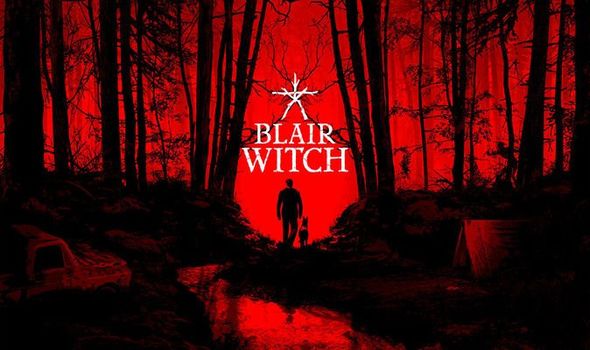 The Blair Witch game’s August 30 release date has arrived for Xbox One and PC.

Developed by the team behind Layers of Fear and Observer, the Blair Witch game is a first-person adventure with an emphasis on atmosphere.

Set in the infamous Black Hills Forest near Burkittsville, this standalone Blair Witch story puts players in the shoes of a former police officer named Ellis.

With his trusty canine companion Bullet by his side, Ellis enters the woods as part of a search party for a missing boy.

Needless to say, it doesn’t take long for things to take a dark turn.

Even though review scores won’t go live until August 30, Express Online got a pretty good feel for the Blair Witch game during a recent preview event.

The good news is that Bloober Team has absolutely nailed the creeping sense of dread that accompanies your journey into the woods.

The twigs beneath your feet, the wind in the trees and rustling of leaves creates a constant feeling of uneasiness.

One bark from Bullet is enough to send you running off in blind panic, although good luck finding your way out of these woods.

Much like the original movie, the Blair Witch game is at its best when playing on your imagination. It’s not what you see that scares you, but rather what you hear.

It’s a shame, therefore, that Bloober Team decided to add at least one flashlight combat section involving shadowy spectres hidden within the woods.

In a nod to games like Alan Wake (and Luigi’s Mansion), your only chance of survival is to aim your flashlight at the apparitions until they disappear.

Hopefully these combat sections are kept to a minimum (or there’s a good explanation for them), because they’re not very Blair Witchy.

Much more promising are the game’s puzzles, which (perhaps in a nod to the underrated Book of Shadows) involve using your camcorder to influence the world around you.

You can see how all the pieces fit together when the reviews drop on August 30. Express Online will update this article with review scores when they go live. 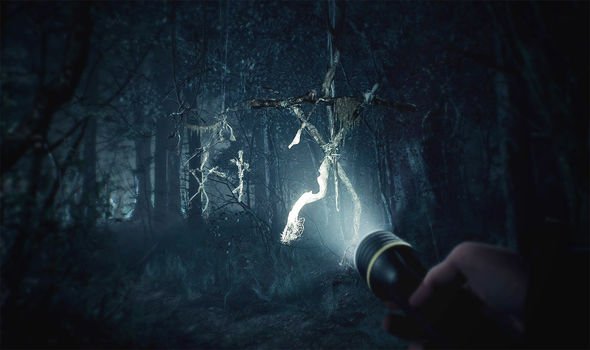 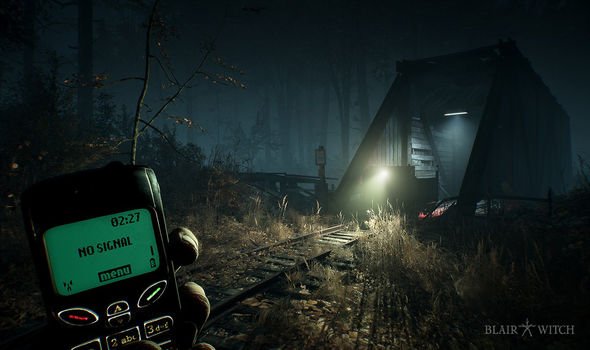 But perhaps the biggest mystery surrounding the Blair Witch game is why it’s only coming to Xbox One and PC.

Express Online asked Blair Witch developer Maciej Glomb if there was any chance of the game coming to PS4 or Nintendo Switch.

While Glomb didn’t have any announcements to make, it sounds like it’s something Bloober Team would be interested in.

“As far as I know, we are right now focusing on this date [August 30], but I wouldn’t count anything out,” he said.

Glomb had a similar response when talking about virtual reality, admitting that while the Blair Witch game would be a great fit, there are currently no plans.

Fingers crossed it comes to more platforms in the future.