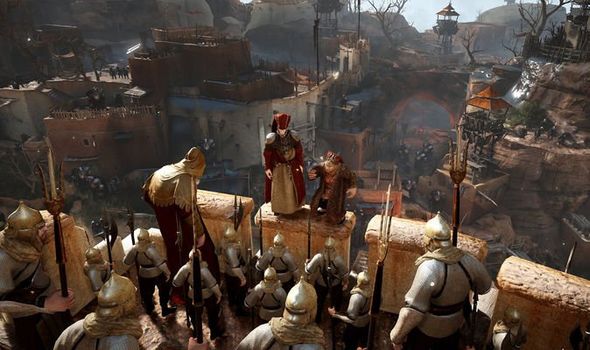 Black Desert is going Online early for some PS4 gamers on August 20, who can already pre-load the title on their consoles.

The big MMORPG has an official release date of August 22, but those who have pre-ordered are getting the chance to start their adventures early.

Pearl Abyss announced the news earlier in 2019, and they have now revealed what time gamers can expect early access to start.

According to a recent post, Black Desert will be going online on PS4 servers at Midnight, PST.

For gamers in the UK, that should mean getting early access on August 20 at around 8am.

The bad news is that to get in on the early action, you need to have pre-ordered the right version of Black Desert.

Gamers who have bought the Ultimate or Deluxe versions will have access on August 20.

The Standard Edition will go live on August 22 for all other PS4 gamers.

Black Desert fans in Australia and New Zealand should also be warned that there could be some server disruption for them when they join in.

“AU and NZ players, for the Black Desert PS4 launch, you will be placed on the European servers,” a message from Pearl Abyss reads.

“We are working to try and find a way to switch AU/NZ to the NA servers, but unfortunately it has not yet been possible. We are still working on a way to rectify the situation.”

The official release date for Black Desert is August 22, 2019, bringing yet another MMO to the PlayStation platform.

However, gamers playing the full version will need a PlayStation Plus subscription, as confirmed by the development team earlier this week.

For those wanting to know more about Black Desert on PS4, you can find a rough outline of the start, below.

“Your story begins with Black Stone — an energy resource so powerful that it has sparked a war between the Republic of Calpheon and the Kingdom of Valencia,” Kwangsam Kim, lead producer on Black Desert explains.

“Accompanying you throughout your journey is the Black Spirit, an enigmatic being whose destiny is entwined with yours. Together, you will uncover the hidden secrets of Calpheon and Valencia and control the fate of the kingdom.

“Black Desert features six playable classes at launch, each with their own unique playstyle: the Warrior, Ranger, Sorceress, Berserker, Wizard, and Witch. Paired with an extensive character creation system, you have the ability to become your true self in Black Desert, or someone else entirely!

“A unique real-time combat system allows you to show off your abilities on the battlefield against mobs of imps, groups of bandits, or even go toe-to-toe with massive world bosses.

“Black Desert thrives on allowing players to be social with one another to take on new quests, trade, or discover new areas. Being a part of a Clan or Guild allows players to group up under one banner, participate in Guild-exclusive missions, and interact via voice chat.

“With Guilds holding up to 100 players, declare large-scale warfare with other Guilds as you claim sovereignty over the entire continent of Calpheon and Valencia!”