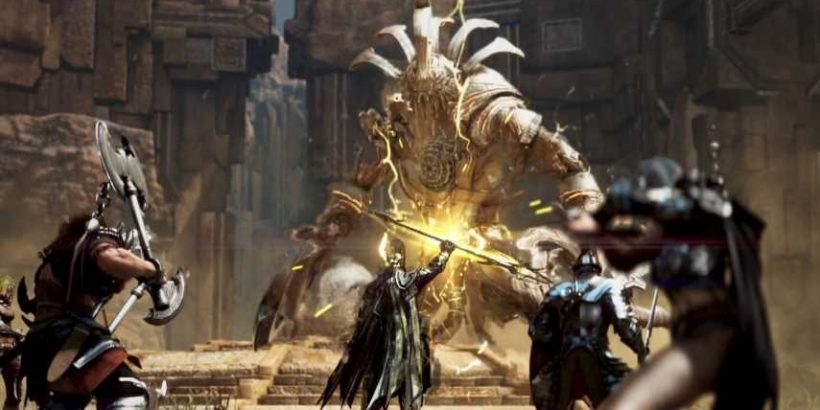 It’s been a long time coming, but Black Desert Online’s first co-op dungeon – Atoraxxion – will finally arrive later this summer. We still don’t have a firm release date, but Pearl Abyss has confirmed both PC and console players will be able to jump into the cooperative mayhem within the next few months.

Atoraxxion will be released in four distinct parts and only the first – Vahmalkea – will be available this summer. The other three portions are yet to get a release date, although we’re hopeful they’ll follow hot on the heels of Vahmalkea. Despite being called a “dungeon,” Atoraxxion will be a massive area that rivals the size of a typical in-game region, with each of its four parts dedicated to a different biome.

“Atoraxxion is divided into four parts and planned for release in the following order: desert, ocean, canyon, and forest,” Pearl Abyss announced. “The dungeon’s difficulty will increase with each release, and will differ slightly for each player’s server or platform. Players on the fast-growth Elvia Realm servers will face a higher difficulty, while players on all other servers will have a normal difficulty. Console players will also receive the normal difficulty level.”

According to Black Desert lore, Atoraxxion was created by the “Sage of the Past” as a place to build an army to push back the Black Spirit. You can see more of the new location in its official reveal trailer below:

Atoraxxion will be the first co-op dungeon to arrive in Black Desert Online – an MMO that is a surprisingly solitary experience unless you’re engaging in PvP. Fans have been asking for co-op content for several years now, and it’ll be interesting to see how Atoraxxion fulfills that request.

The desert-themed Vahmalkea will be available this summer on both PC and consoles, with the rest of Atoraxxion to follow at a later date.