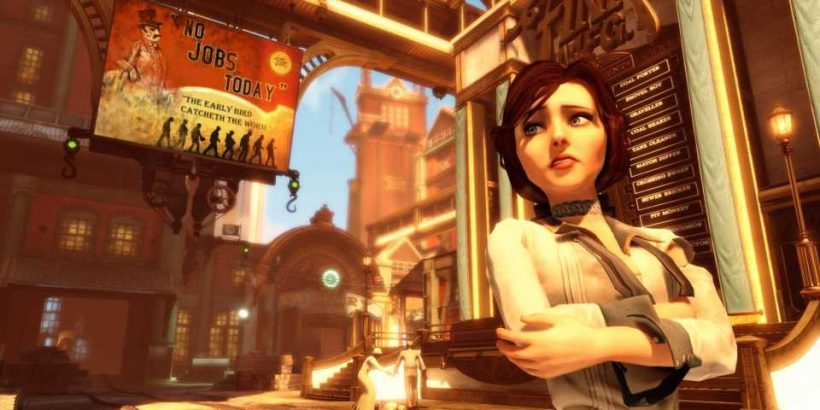 BioShock Infinite has been receiving dozens of updates every month since late last year. This was spotted by fans earlier today, and has many hoping that we're in store for some big BioShock news soon.

The updates started in September 2021, and since then have increased every month. Starting off at around seven updates in 2021, that moved on to hitting ten consistently in the new year. There have been 13 changes in March alone, with the most recent being just two days ago.

It's anyone's guess what this could actually mean, although many are adamant that it must mean something. One theory is that this is gearing BioShock Infinite up for the Steam Deck, as it is currently not officially compatible on the hybrid console – a pretty glaring omission at launch.

More optimistic fans are hoping that the updates point to a full-blown remaster, one which would replace the original release of Infinite on the storefront. This is not unheard of, as GTA Trilogy recently – albeit controversially – replaced its original releases, before being put back up. The same happened with the first six Final Fantasy games, although the originals were not restored in that case.

A third, less exciting possibility is that this is actually 2K Games working on its own launcher. Given how many gamers will still refuse to download the Epic Games Store – even for an exclusive they like – this isn't likely to go down well with the community. Again, going back to the GTA Trilogy, that messy release hardly endeared players towards the idea of multiple launchers. When the highly anticipated remasters released, the launcher needed to actually play them went down, locking PC users out of playing a game they bought for several days. In turn, this meant that other Rockstar games couldn't be played too.

We'll have to wait and see if this amounts to anything. As of right now, there has been no word from 2K games.