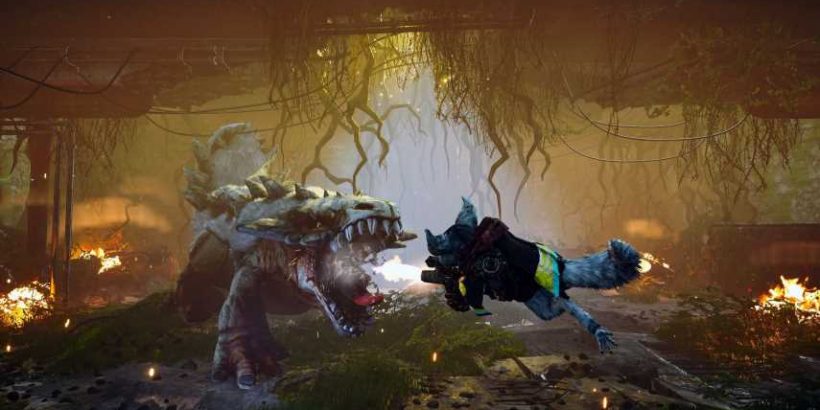 Biomutant gives you a wide variety of weapons to experiment with. Whether you’re looking to deal damage from a distance or get up close and personal, you’ll find hundreds of weapons that fit your playstyle.

When you first start Biomutant, you’ll have access to five different types of Ranged Weapons. A few more will be unlocked as you progress through the story, but the following categories are mainstays for the entirety of the game. From rifles, dual-wield guns, and shotguns, here’s what you need to know about Ranged Weapons in Biomutant. 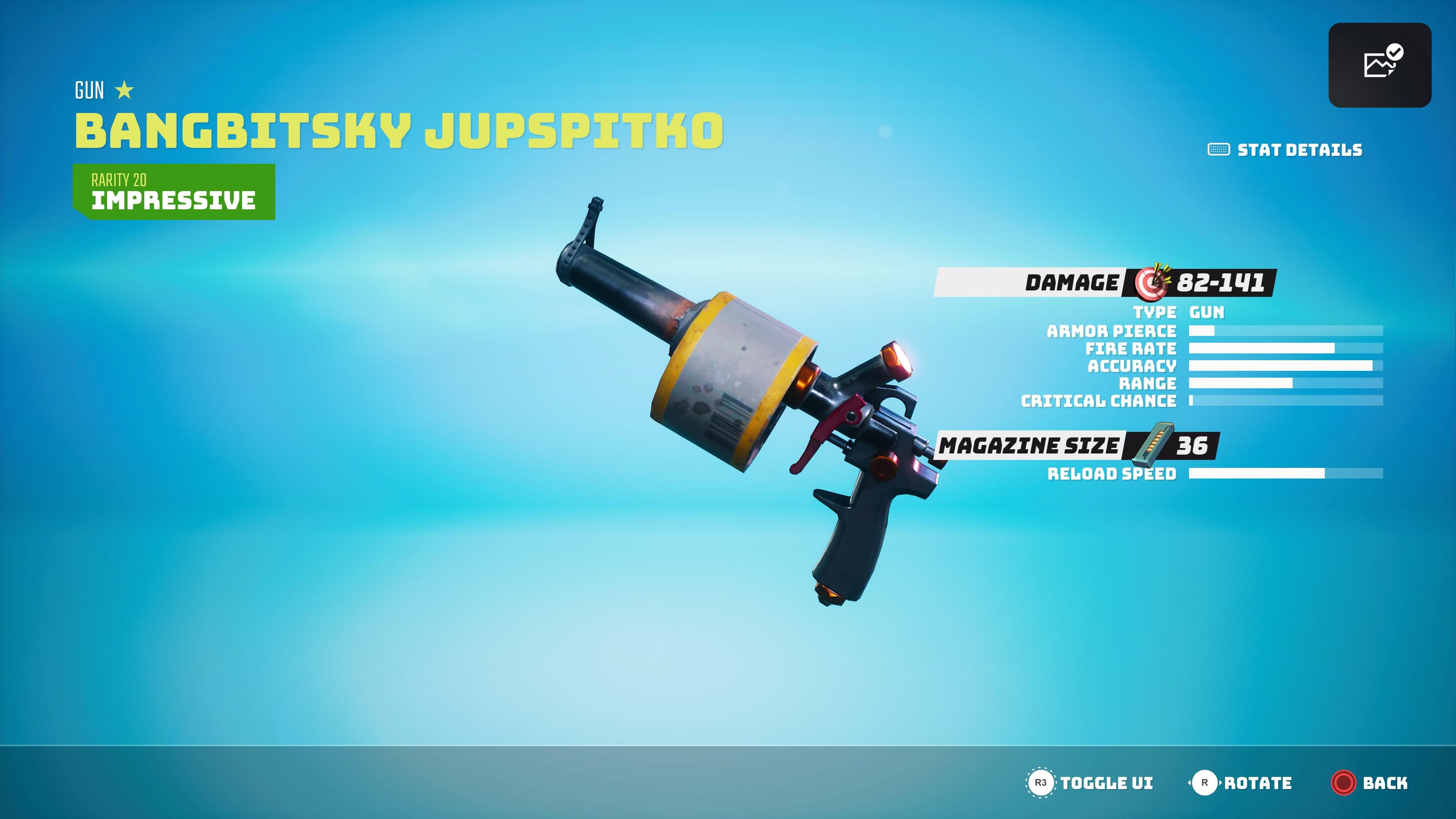 Simply titled “Guns,” this category is a bit of a catch-all for anything that doesn’t fit into anything below. Guns are typically one-handed weapons – such as pistols – although you’ll find a staggering variety of weapons in this category.

Wung Fu upgrades for Guns let you quickly move about the battlefield while dealing damage, and one even lets you follow up a melee attack with a quick burst of gunfire. 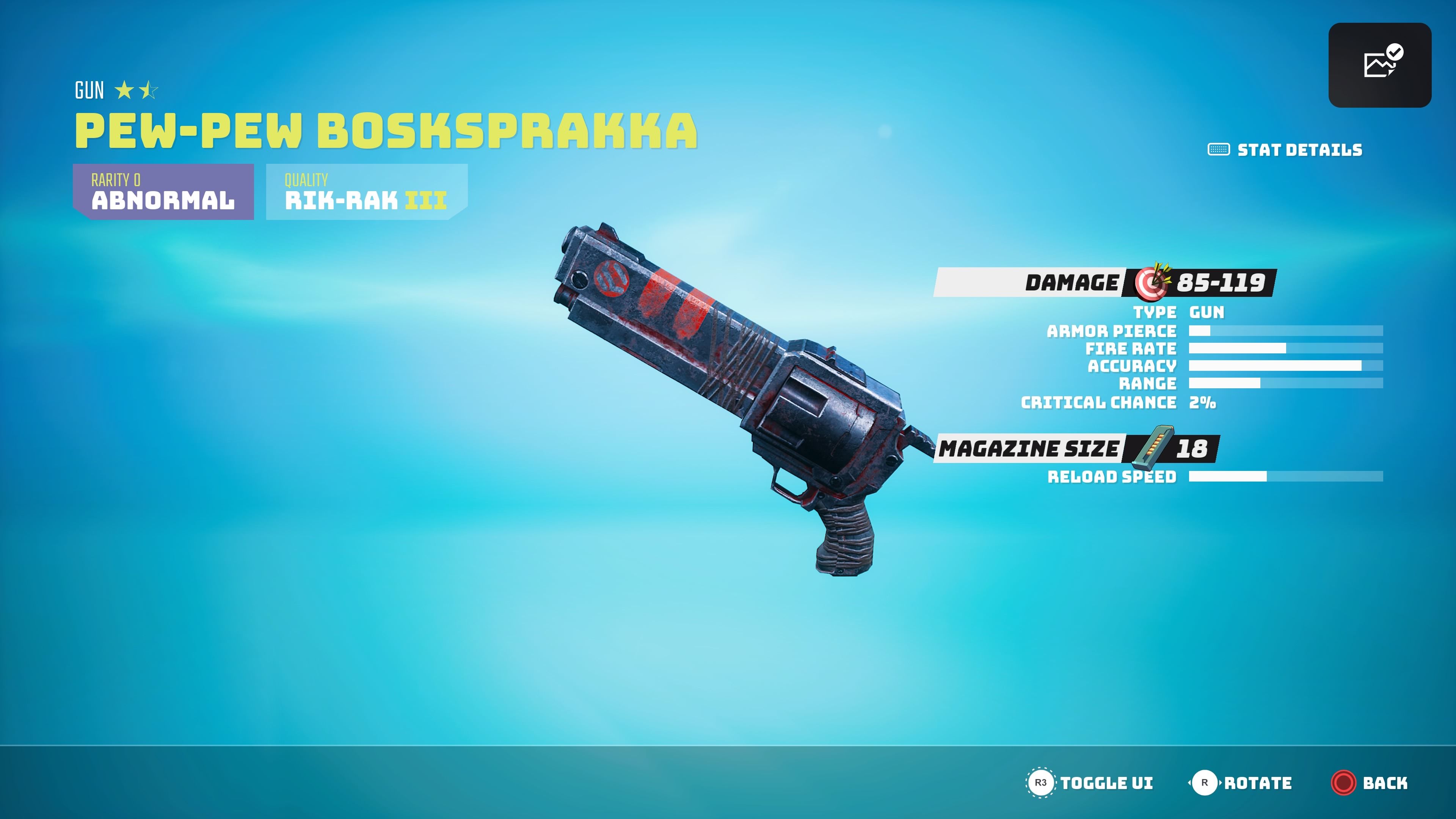 Arguably one of the most fun weapon-types in Biomutant, Dual Wield Guns are essentially the same category as Guns – expect you’ve now slotted one into your off-hand as well as your main hand. You’ll first need to unlock the Two-Faced Cobra Grip to use two weapons at once, but then you’ll gain access to these two additional skills: 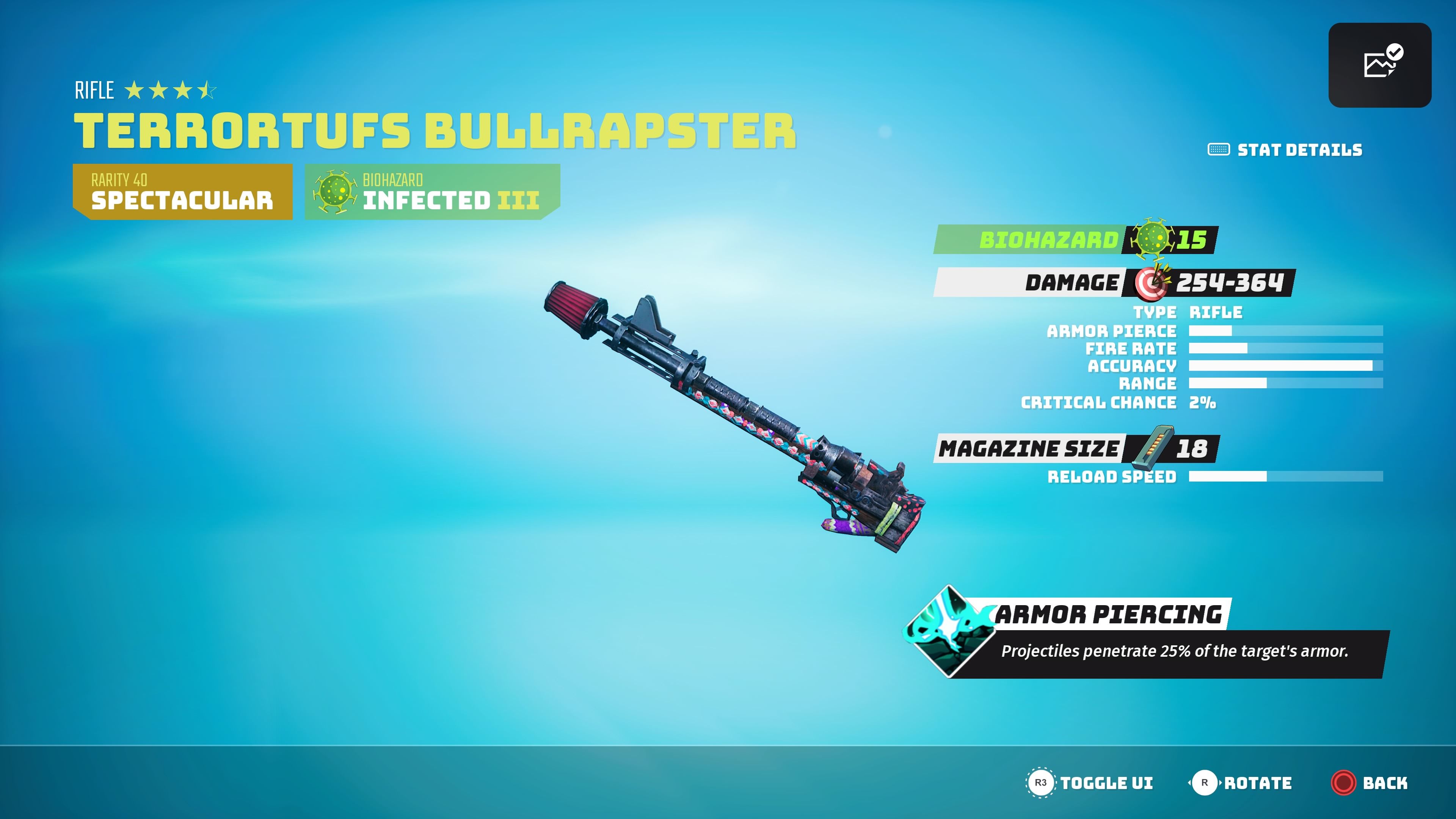 Rifles tend to fire a bit slower than most other weapons on this list, although they balance things out with added firepower. If you’re looking to deal damage at a distance – and a lot of it – there’s not a better choice than a rifle. 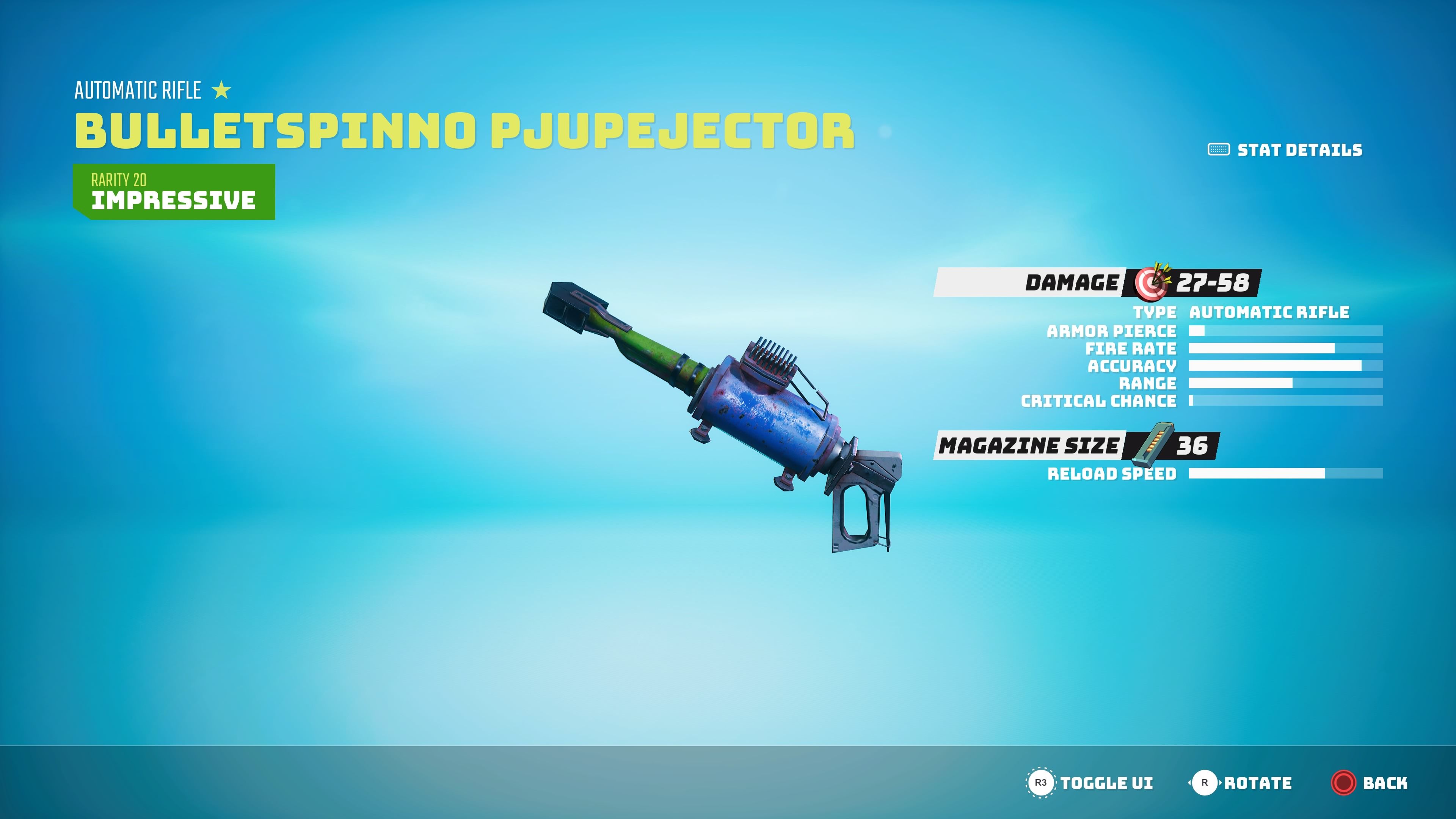 What’s not to love about Automatic Rifles? Capable of the fasting firing rates in Biomutant, this class of weapons is ideal for taking down massive groups of enemies. Each bullet doesn’t deal much damage, but with massive clips and blistering firing rates, your target will be down before you know it. 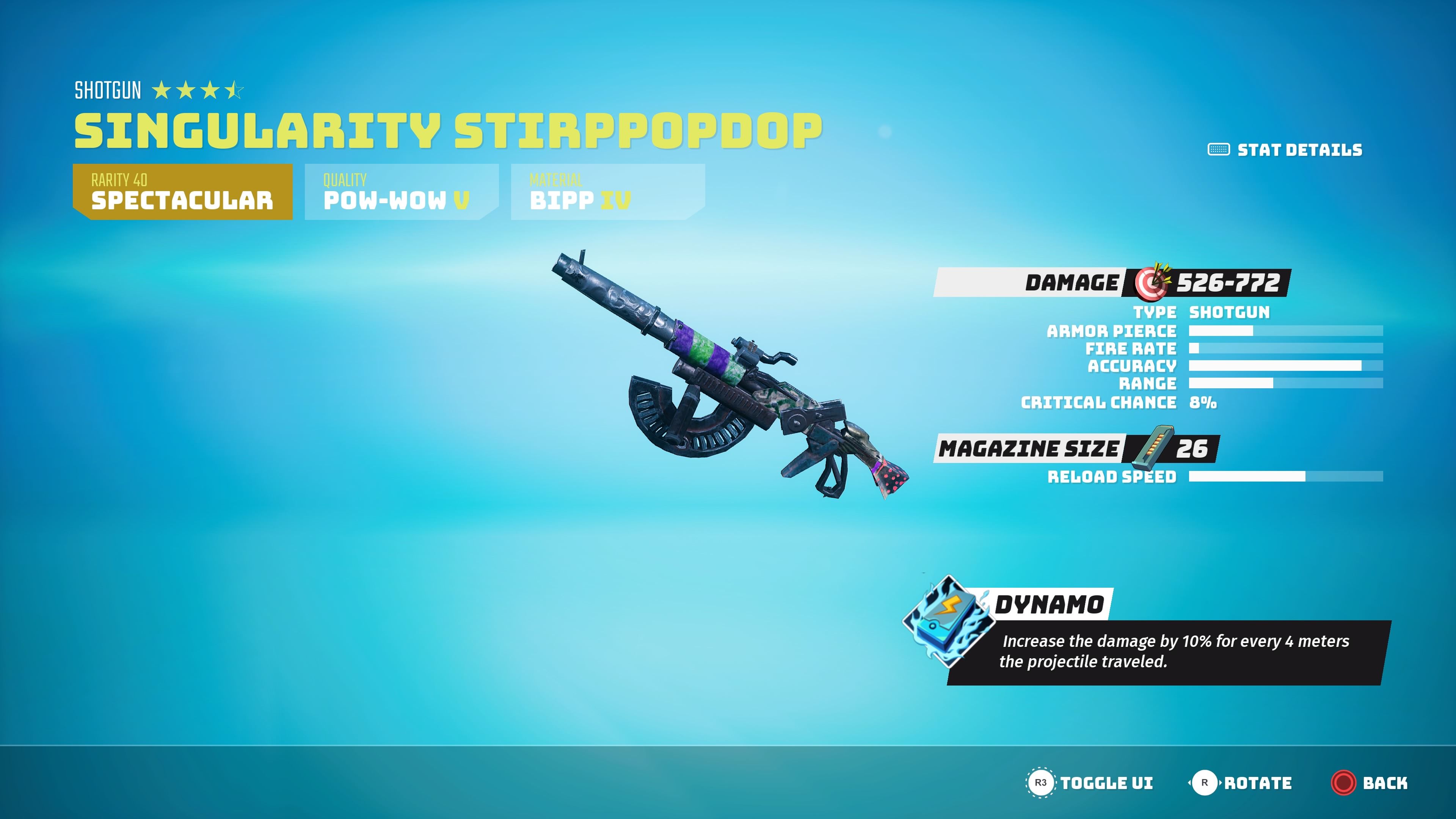 Shotguns are an excellent firearm for a melee-based build. Capable of incredible damage but lacking the range of other guns, shotguns are best for players who don’t mind getting up close to their foes.

Throughout your journey, you’ll discover plenty of other unique item classes – including the Myriad Boomerang. These work in much the same way as the above classes, although you’ll typically get some form of special ability as well. Keep working through the main quest and you’re bound to stumble upon a few secret weapons.