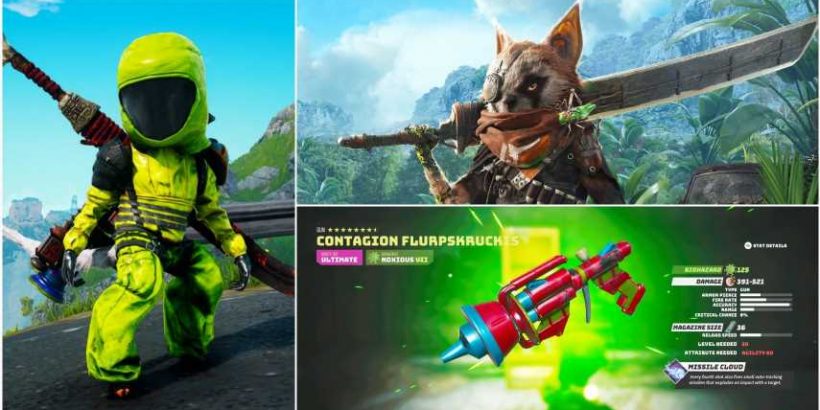 The Kung Fu-inspired post-apocalyptic rodent-starring epic of Biomutant has proven to be a rather interesting experience, to say the least. Reviews are mixed across the board with many complaining about wonky combat and poor character development. But there is no denying both how beautiful the world is and how awesome the action becomes over time.

That action, however, would not be anything without the excellent gunplay and the interesting weapon choices woven into the experience. Ranged weapons are, by far, the most useful combative choices to come by in the game. They are rated accordingly by stars and divided into four main categories: guns, shotguns, rifles, and automatic rifles. There is a fifth tribal-related weapon, as well.

How To Get The Nine Star Weapon 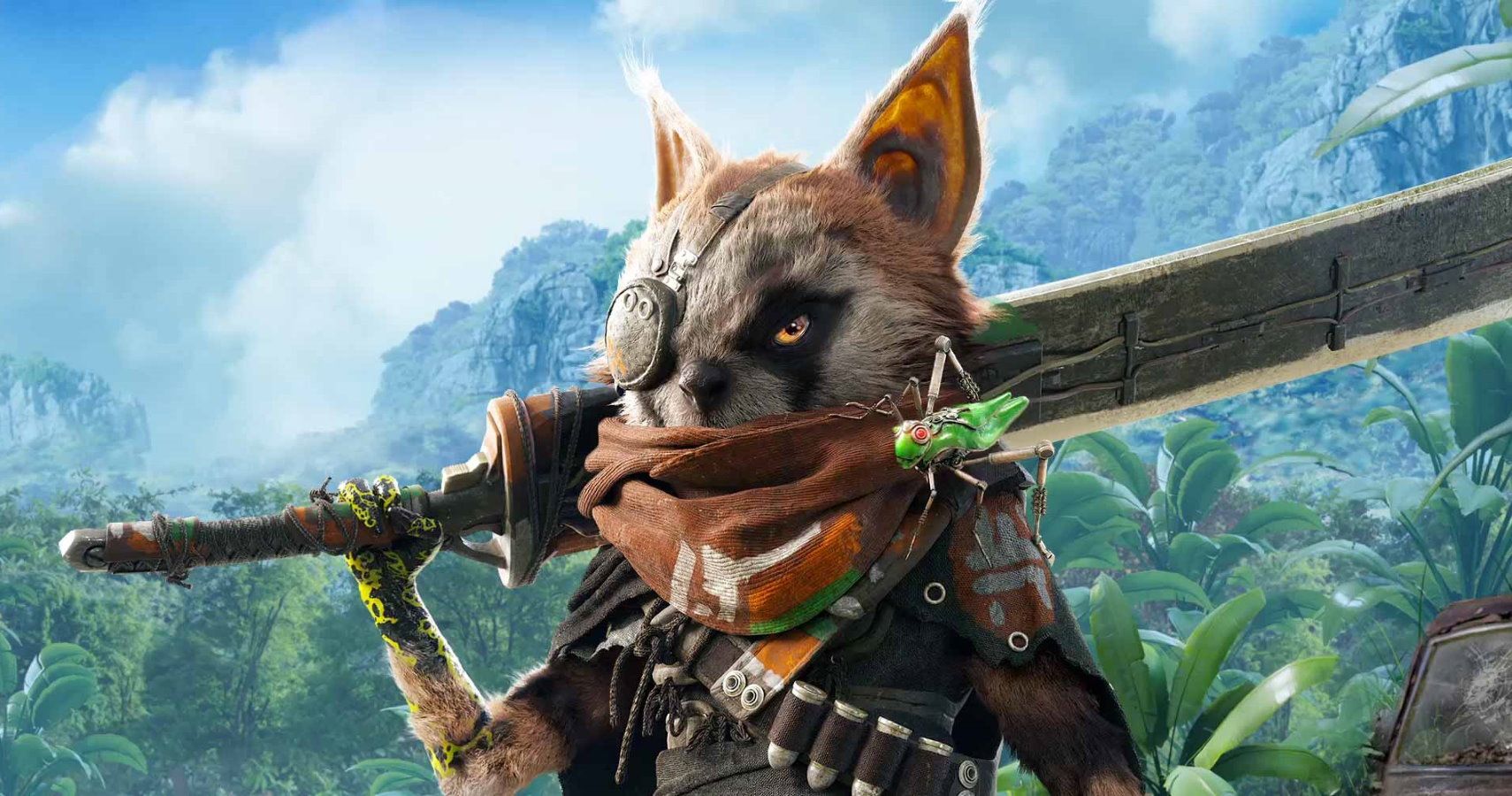 One of the most powerful guns in the game, the nine-star-rated Contagion Flurpskruckis, proves to be a valiant ally in this post-apocalyptic wasteland, given its 391 base damage output and additional biohazard effect.

Better get those kung-fu moves ready and that mount tamed as we ready ourselves for a trip to the highly contaminated Fume Foundry.

The Fume Foundry is located in Sector 11G, which is to the upper-left of the map, just above Fnackyleaves. Upon arrival, you will notice a pink mist clouding the streets. Be cautious with those initial steps into the area, as two infested rats will try to attack you.

Your first whiff of the radiated gasses will grant you with a quest to obtain the Anti-Radiation Suit, thus leading you to Pingdish 3F, which is located around Suburbia exactly at X: 56075, Y: -123125.

Be wary as the enemies at this satellite will be around levels 8-11, so come quite prepared. Once they have all been slain and you have completed the Pingdish puzzle, head straight to the Bangshelter in 2G, found on a secluded island exactly at the coordinates X: 102762, Y: -196344. A level 12 robot enemy will be guarding the entrance.

Prepare For The Worst

PRO-TIP: Players should set this suit, along with the other sets of resistance-centric suits, to your favorite outfits so you can switch between them upon entering the specific biome at a moment’s notice.

With the Radioactivity Suit on hand, it’s time to head back to the Fume Foundry in order to take on the massive furball known as Farty Bulbaploo.

At a mere level 10, Farty Bulbaploo isn’t much to scoff at. It has two major attacks that deal some heavy damage, a biohazard spitball that can be easily dodged, and a ground-stomping motion that creates a small earthquake within its vicinity.

It’s best to take this mini-boss on from a small distance, but don’t get too far away from the arena. It will be completely healed if you do making you do all the work over again.

Ranged attacks, from pistols to psi-abilities, are best for defeating Farty. A combination of Spark Ball and headshots with the starting pistol is a pretty straightforward strategy to take down the boss. Just come equipped with many health and energy replenishes.

Once downed, Farty Bulbaploo will drop a bundle of Bulbaploo Poo along with the Fume Foundry Vault Key, which will grant you access to the bunker found down a small set of steps in the center of Fume Foundry.

Picking up the key will start the Fume Foundry Vault Side-Quest, which sounds quite over-the-top for a quick smash and grab, but activating it will help you find the vault faster. The Contagion Flurpskruckis will be found within among an assortment of other less important gear.

The gun itself is an Ultimate Rarity weapon at a whopping nine stars, wielding between 391-521 damage and an added +125 Biohazard effect. If those former outputs just weren’t enough, every fourth shot fires a tracking missile to ensure enemies don’t stand a single chance. However, not only must you be at 60 agility, but you also won’t be able to use the weapon until you reach level 20, so you’ll have to boost those stats in order to wield this menace of a pistol.

At least you will have some superior firepower for the future. With this weapon in your arsenal, not even the menacing Hoot Puff could stop you.