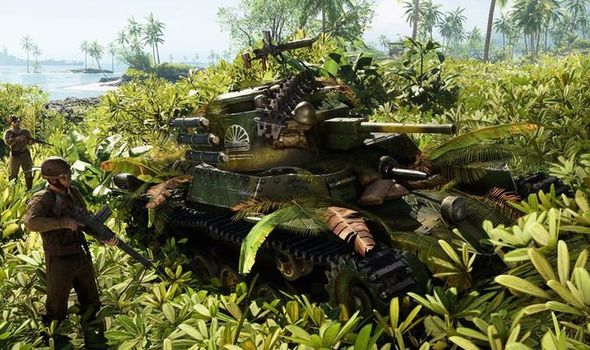 Battlefield 5 is set to remain the solely supported BF title in EA’s library until 2021 and that means plenty of new updates coming our way.

The next one is called Battlefield 5: War in the Pacific and it’s set to add new content to the game on PS4, Xbox One and PC.

The Chapter 5 update is being primed for launch in the next 24-hours and will focus on the Pacific invasion across land, air, and sea

The War in the Pacific will include the U.S. Armed Forces or the Imperial Japanese Army, deploying with their respective military hardware.

WHEN IS THE BATTLEFIELD 5 PACIFIC RELEASE DATE?

The Battlefield 5 War in the Pacific expansion has a release date set for Thursday, October 31.

This is the schedule that all platforms will be following, with a big update already available to download on PS4, Xbox One and PC.

This needs to be installed before anyone can start playing the new Chapter 5 content later this week.

And according to the latest news, we also know exactly when the new Battlefield Pacific content will be rolling out.

The schedule could always change before things get going tomorrow, but for now, it looks like the new Battlefield 5 release has been set for 3am PST.

For gamers in the UK, that will mean a release time of 10am GMT, and this schedule should include all platforms.

When it comes to the new content included in the big Chapter 5 patch, developers DICE has revealed pretty much all their plans.

DICE has also confirmed that they have also focused on quality of life improvements, meaning QoL improvements like UI tweaks, fortifications, significant sound and audio adjustments, a new option for soldier movement, map tweaks, and more.

Here’s more from DICE on those new weapons and maps coming to the game on October 31:

“Enjoy the distinctive eighth-round “ping” from an M1 Garand when the Chapter launches, along with three other main weapons.

“The first of these is the Type 99 Arisaka. Available for the Recon class, this weapon is based on one of the strongest military bolt-action rifles ever manufactured.

“Medic class players will be able to deploy with the Type 100, a Japanese SMG, which will come in handy in close quarters thanks to its rate of fire and control. Finally, there’s the powerful M1919A6, a medium machine gun for the Support class.

“Use this belt-fed beauty to suppress enemies from medium to long distances and, as with all Battlefield V primary weapons, unlock and choose the right Specializations to make it fit your playstyle.

“Handed out as a Chapter Reward, the Jungle Carbine can be added to your arsenal, too – the same goes for the Type 94 and the Model 27 sidearms. Finally, Tides of War will expand the Assault class’s arsenal with an explosive gadget: the tank-busting Lunge Mine.”