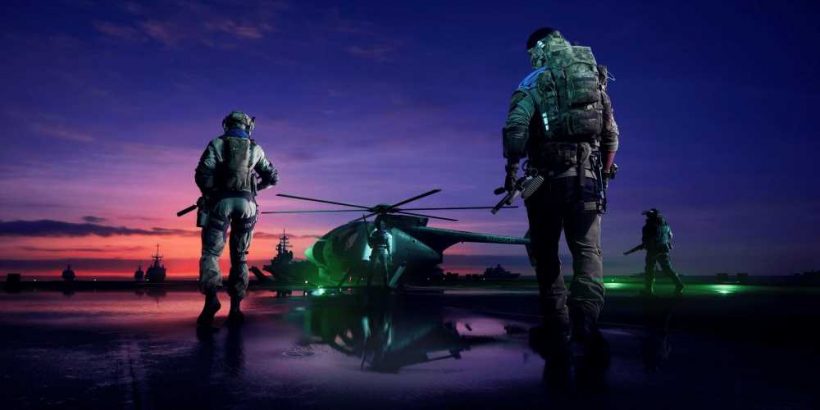 Battlefield 2042 is going through some significant changes as DICE tries to pivot towards what works and away from what doesn't. One of the things that just never worked was Hazard Zone, one of the new game modes introduced in 2042.

Hazard Zone was supposed to be Battlefield's take on Escape from Tarkov–a tense survival mode where players drop in, get what they need, and then extract before either the enemy AI or other teams can find them. However, it never managed to achieve the same tension that Escape from Tarkov did.

As our own Harry Alston put it, "There is no risk in Hazard Zone. It doesn’t really matter if you die. You might lose your streak perk, which is largely meaningless anyway, and you’ll probably have enough Dark Market Credits–that’s the currency–to buy at least a decent weapon and maybe another gadget. I just didn’t care about whether I lived or died, which sort of gets rid of that ‘tense squad-based action’ angle."

In yesterday's development update, creative director Lars Gustavsson admitted that DICE missed the mark when it came to Hazard Zone. "We had high hopes, we set out on a path but we haven't gained the traction we wanted with this mode." In the accompanying development notes on the Battlefield 2042 site, DICE states that Hazard Zone will remain playable but will no longer be a focus of development.

"Hazard Zone will stay as part of the experience, we’re not switching it off," wrote DICE, "but beyond addressing critical errors and odd behaviors that may appear in the future, we’re no longer actively developing new experiences or content for the mode, and you’ll find that maps that we release across our seasons will not be supported in Hazard Zone."

The same post goes over the next year of Battlefield 2042 content, which will include four season, four new specialists, new maps, weapons, and gadgets. There will also be a brand new Battle Pass where players can earn gameplay items and cosmetics in both free and premium tiers. QOL enhancements, fixes, and improvements are also on the way as DICE works at "restoring the trust that many of you feel was hurt when we launched back in November of last year."