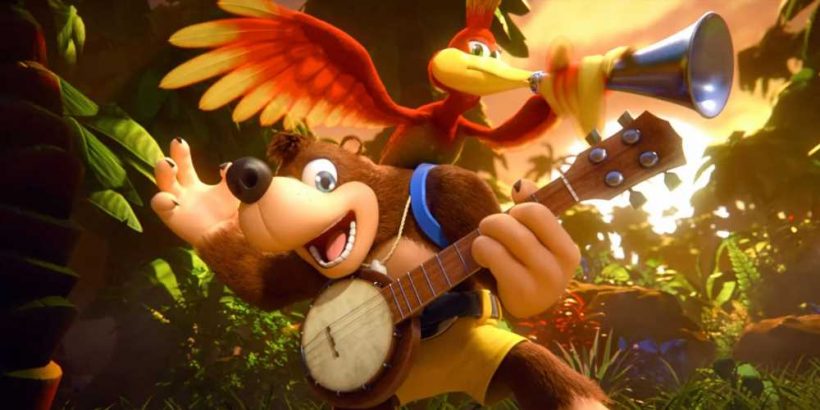 Fans of the beloved Banjo-Kazooie franchise have just completed a painstaking project, producing a trailer showcasing what Bajo-Threeie would have looked like if the developer behind the first two games, Rare, had ever managed to make a sequel. The people behind the trailer, Project Dream, are dedicated to “bringing the Nintendo 64 games Banjo-Kazooie and Banjo-Tooie back to life through a series of nostalgic cinematic trailers.”

“The adventure continues! Banjo-Threeie takes place 22 years after the defeat of Gruntilda in Banjo-Tooie,” Project Dream describes. “However, for a third time, the old hag is back and stronger than ever. She has gathered an army bigger than you could imagine… and she's out for her final revenge! Battle your way through an inspired story exploring fantastical worlds collecting notes and jiggys! Be captivated by magical transformations into different shapes of Banjo and Kazooie to unlock puzzles and jiggies as well as fighting an array of terrifying bosses to defeat Gruntilda and her army for one last time.”

This represents the latest in a long line of projects aimed at showcasing remastered versions of the levels in Banjo-Kazooie. The group has also produced a trailer which reveals what a remastered version of Banjo-Tooie would look like. These involve meticulously recreated levels that conform to the originals, but feature high resolution models, textures, and a completely reimagined soundtrack.

"Sit back and relax as Project Dream presents the full remastering of Banjo-Kazooie from start to finish,” Project Dream said when this earlier project finally came to completion. “This includes new shots and music for Mad Monster Mansion as well as visual updates to Spiral Mountain and Rusty Bucket Bay based on feedback from the previous videos. Thanks to everyone for coming on this journey and giving feedback along the way!”

In other news, Banjo-Kazooie has become one of the latest games to be added to the Nintendo Switch game library thanks to the Nintendo Switch Online Expansion Pack. Rare is apparently pleased to see Banjo-Kazooie being supported on the platform. “The question of classic Rare games resurfacing for a Switch audience is one that people have been asking for a long time,” the company said in a statement back in January. “We're immensely pleased that we could work with Nintendo to bring the bear and bird to this platform."