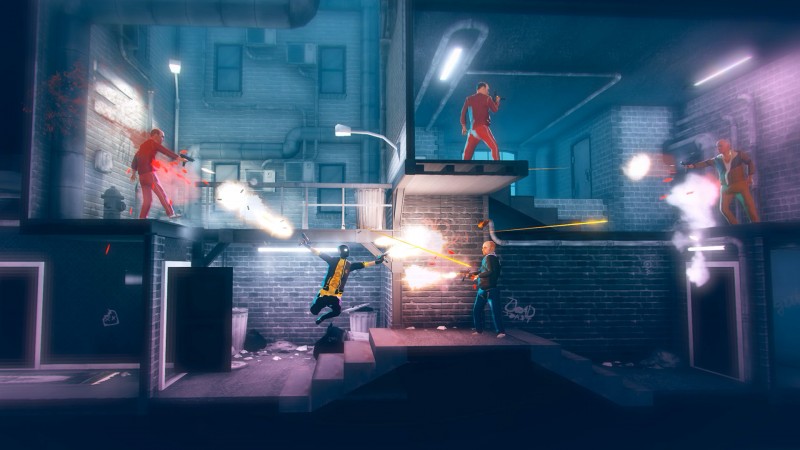 It has been a year since Devolver Digital first revealed My Friend Pedro, a bullet-dancing sidescroller involving lots of killing and also a talking banana named Pedro, at their Devolver Digital presentation. The game had a short and intriguing trailer and we have been pretty into the game during our preview sessions with it. Now Devolver has announced that it will be just a few short weeks before we can play the final version.

Chat with Pedro then preorder on Nintendo Switch and PC to get 15% off: https://t.co/G27nCcDDQU pic.twitter.com/jOSYyoK7sJ

That’s just two weeks from today. My Friend Pedro is sort of a creative action movie game, where you’re armed with two guns and a knife and have to basically puzzle your way through rooms of enemies by finding the best ways to take them all out. This might mean rolling in through the door, kicking a frying pan into someone’s face, shooting the frying pan in the air, and letting the ricocheted bullets take care of the other enemies.

My Friend Pedro releases on Switch and PC on June 20.