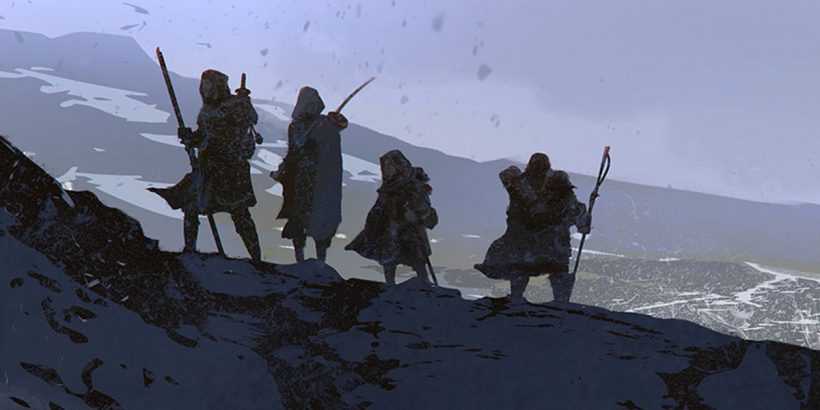 The One Ring, the award-winning tabletop role-playing system by Francesco Nepitello and Marco Maggi, is now available in its second edition. The announcement was made Thursday by publisher Free League, which gathered a first round of pre-orders through a nearly $2 million Kickstarter crowdfunding campaign in February.

The One Ring Starter Set is a PDF product including a 24-page rulebook, a 52-page lorebook focusing on the Shire, and a 31-page adventure. It retails for $19.99 and includes character sheets, maps, and various player aides.

The Starter Set here is notable in that it places players into the 70-year period of time between Bilbo Baggins’ adventure in The Hobbit and the events of the Lord of the Rings books. Players don’t create their own characters, but instead take on the roles of notable characters from the lore, such as Bilbo’s father Drogo Baggins, Rory Brandybuck, and Esmerelda Took. A physical version of the Starter Set is also available for pre-order.

The One Ring Starter Set

For fans hoping to jump-start their own campaign, The One Ring Core Rules is a more thorough product. It is initially available as a PDF on DriveThruRPG for $24.99, and physical copies are also up for pre-order. Fans can round out their collection of all the new content with The One Ring Loremaster’s Screen & Rivendell Compendium, which includes rules for creating High Elf player characters. Initially available as a $9.99 PDF, it’s also available for pre-order as a physical product.

The One Ring Core Rules