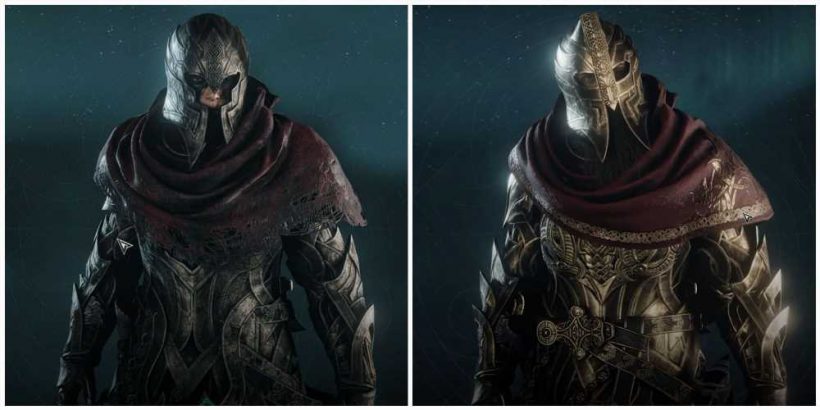 Assassin’s Creed Valhalla’s third expansion pack, Dawn of Ragnarok, introduces a whole new campaign that takes place in the realm of the dwarves, Svartalfheim. In this expansion pack, you mainly play as Havi (Odin) and fight against the joint forces of Muspelheim and Jotunheim to save your son Baldr from the clutches of Surtr.

You can find brand-new weapons and armor sets, as well as many other cosmetic items throughout the campaign of Dawn of Ragnarok, and Hreidmar’s Cursed Armor is a standout among the new content. However, this armor set will kill you in its cursed state. Therefore, you must destroy the Jotun Blights and find Motsognir’s Clarity Runes hidden inside them to remove the curse and change the state of the armor to blessed.

This guide explains where you can find Heidmar’s Cursed Armor Set and where all five Jotun Blights are located. 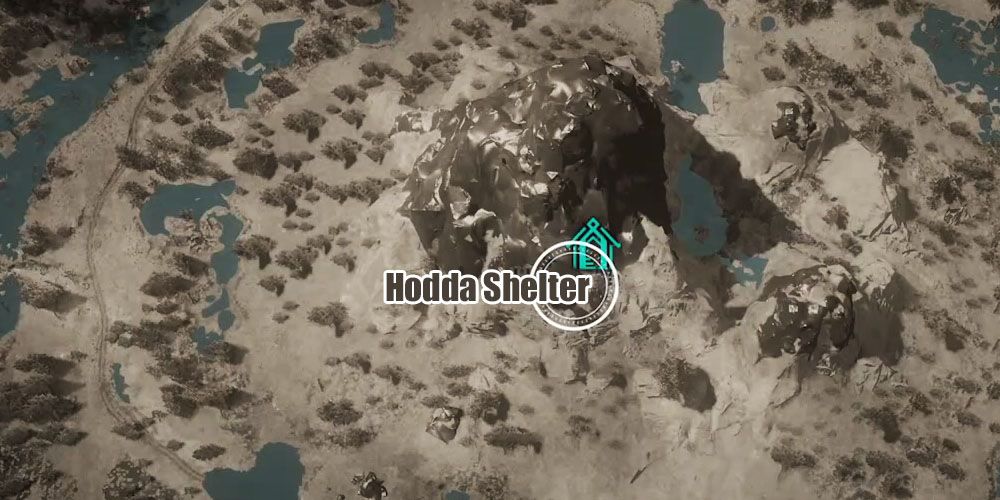 This is an exclusive armor set that’s only available in Dawn of Ragnarok expansion. You can find Hreidmar’s Armor Set inside the Hodda Shelter, located in Vangrinn. The hidden entrance to the shelter is situated in the eastern skirts of a lonely mountain. You should follow the yellow drawings until you reach a hole in the wall. That’s the entrance right there.

While you can climb and jump around to find the entrance, using the Power of the Raven will make it significantly easier for you. You can fly around the eastern side of the mountain till you spot the entrance, then make your landing by the hole in the wall and enter the shelter, just don’t expect a warm welcome from the dwarves.

Hreidmar’s Cursed Armor Set is stored in one of the treasuries inside the shelter, you can collect the whole set whenever you want, but if you wear the armor right away it will slowly kill you. This is why you need Motsognir’s Clarity Runes, only they can lift the curse on the set.

To break the curse on an armor piece, you must slot the clarity rune inside an empty socket and keep it there. If you remove the clarity rune from that part, it will revert to its cursed state.

Where To Find All Jotun Blights In Dawn Of Ragnarok 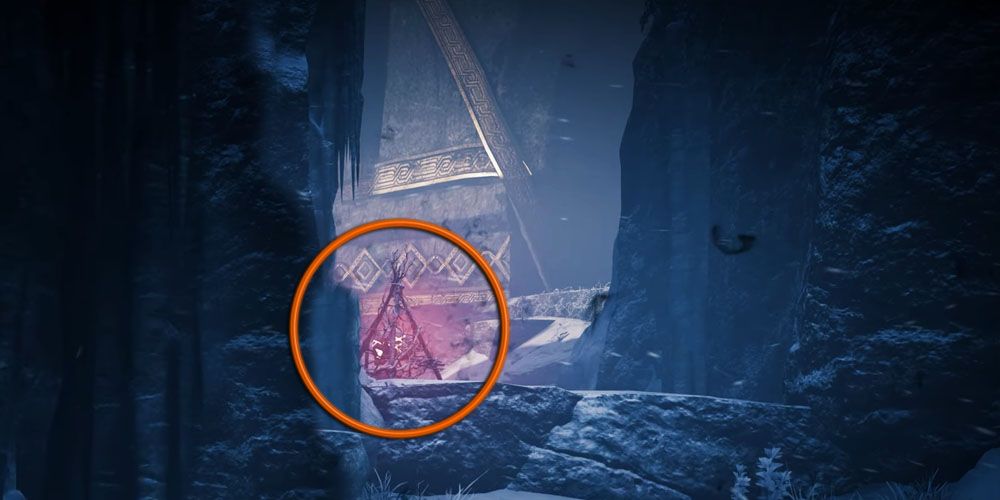 There are five Motsognir’s Clarity Runes in Svartalfheim. In order to collect all five clarity runes, you must destroy the Jotun Blights found in Vangrinn, Gullnamar, and Svaladal. Each Jotun Blight you completely destroy will reward you with a clarity runestone, which breaks the curse on Hreidmar’s Armor Set.

Destroying Jotun Blights is not a hard task for a seasoned Assassin’s Creed player; all you have to do is reach the cursed area and use your Odin Sense to find all four Red Skulls and destroy them with your bow. 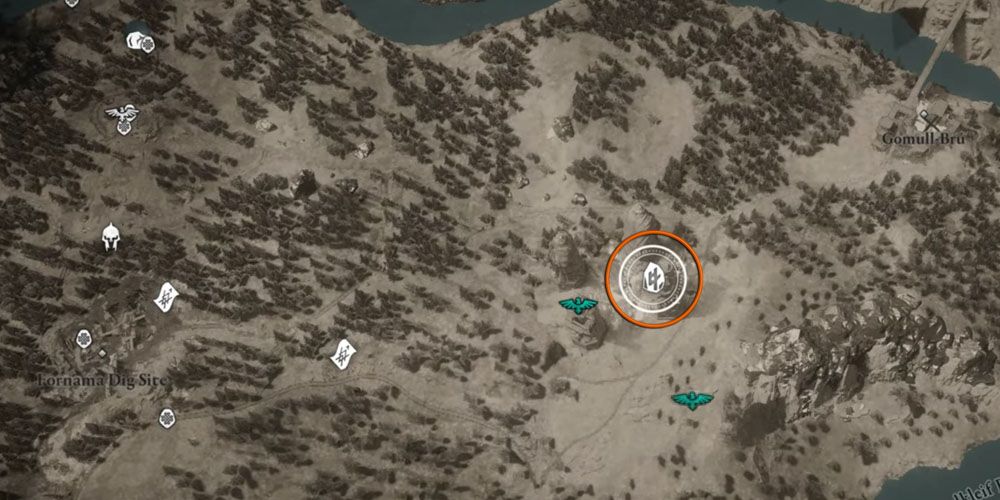 Gullnamar is one of the four major regions in Dawn of Ragnarok, but despite its massive size, there’s only one Jotun Blight in this district. The cursed location is located at the center of the section, just a little east of the Viewpoint that’s close to the Fornama Dig Site.

Use your Odin Sense and look around carefully, you’ll see the skulls glowing red in no time, even in the blizzard. Destroy them and collect the first Clarity Rune. 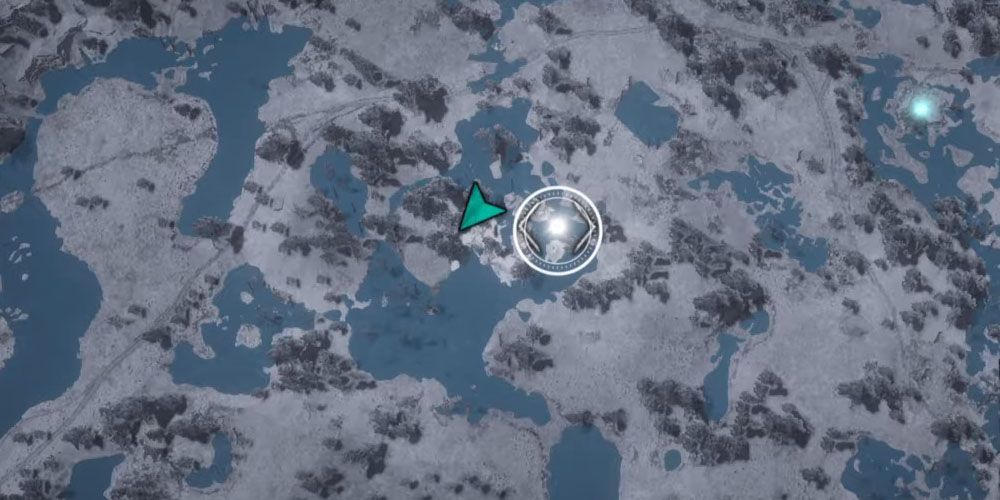 Vangrinn is another massive region located in Svartalfheim, yet it houses only one Jotun Blight. This cursed location is found directly north of the Hodda Shelter, the place where you acquired Heidmar’s Cursed Armor Set.

You must destroy the skulls to cleanse this foul zone. Once you dispel the curse, you’ll find the second runestone on the ground, right where you disposed of the last skull. 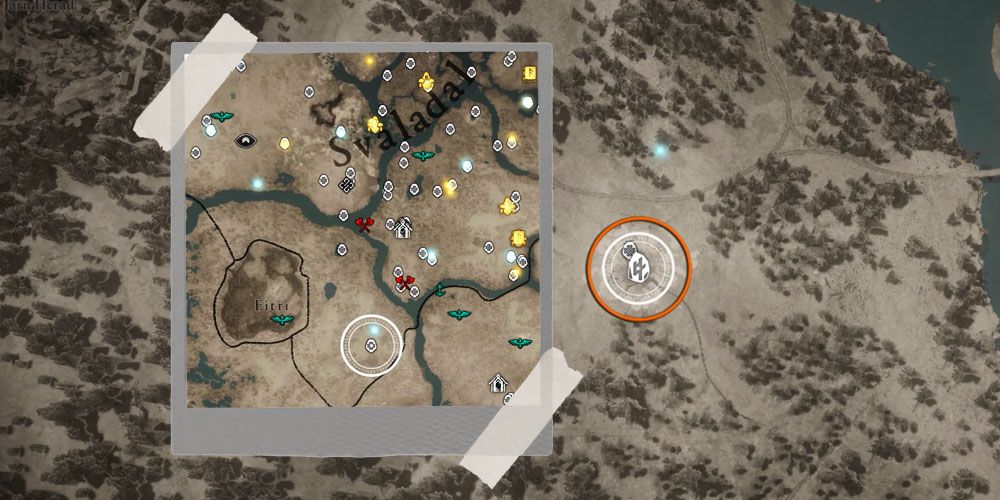 Svaladal is the biggest region in Svartalfheim and it’s also the richest area, meaning you’ll find all kinds of valuable resources here. The other three Jotun Blights are also located in Svaladal. You can find the first Jotun Blight in southern Svaladal, specifically in between Eitri Viewpoint and northernmost Gullnamar Viewpoint.

The red skulls are hidden inside an ice cave, each one is located deeper inside. Use your Odin Sense and cleanse the area, then collect your third Motsognir’s Clarity Rune. 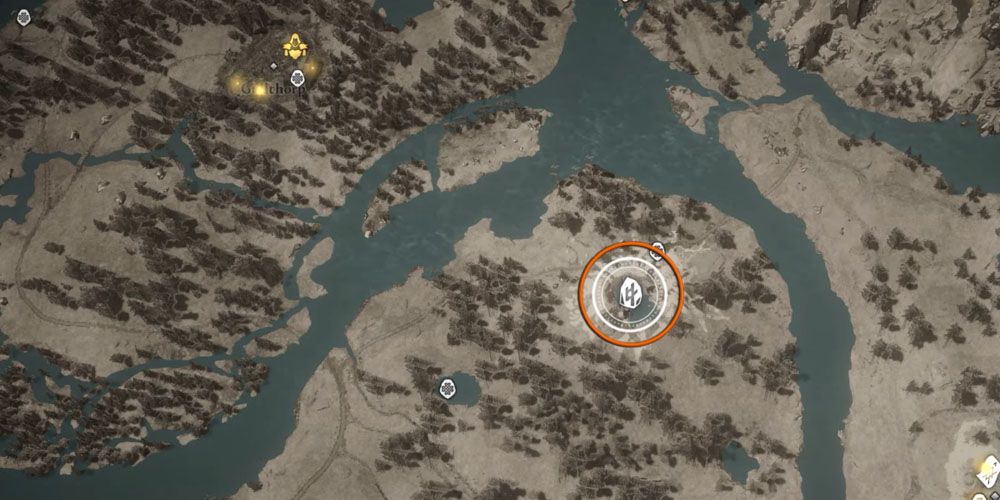 The fourth Jotun Blight is also in an ice cave in Svaladal. You can find the entrance of the cave between Gufathorp and Gnafandi Keep, however, you can’t enter the cave without the Power of Jotunheim.

Once you’re inside the cave, it’s the same drill. Destroy all the red skulls and loot the fourth Motsognir’s Clarity Rune. 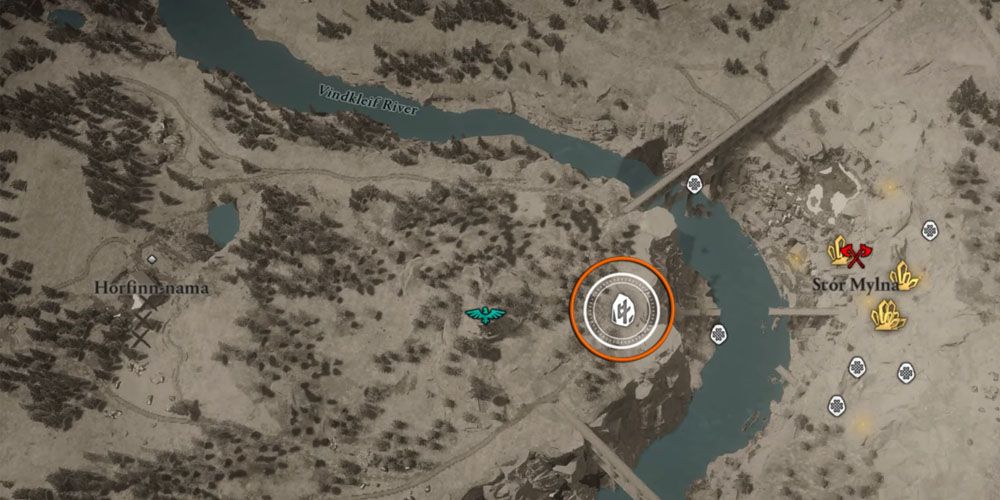 The fifth and final Jotun Blight is also located in Svaladal, you can find this one directly west of Stor Mylna, across the river. Alternatively, you can look for a Viewpoint that’s situated east of Horfinn-nama, the cursed zone will be further east of the Viewpoint, inside a gigantic cave. Destroy the skulls and collect your reward, the final cleansing runestone.

How To Lift The Curse On Hreidmar’s Armor Set 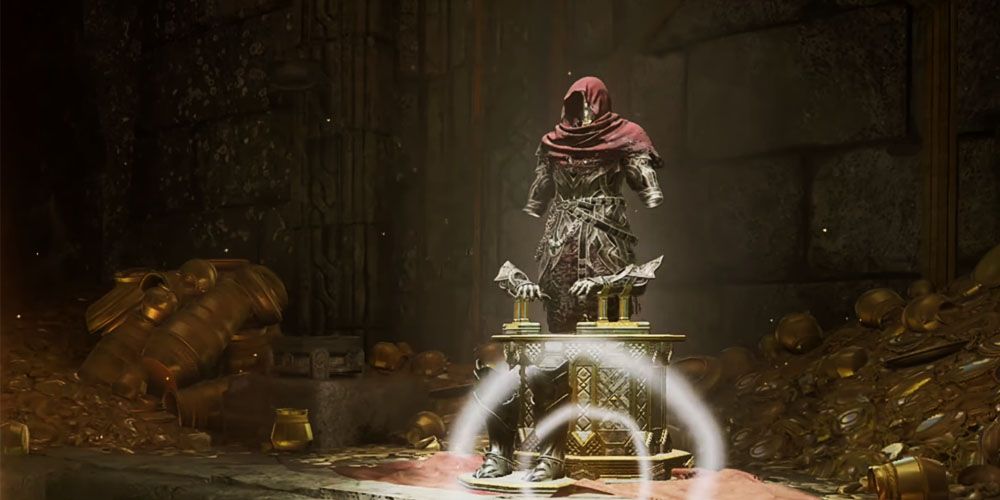 After collecting the armor set and cleansing runestones, simply wear the full set and equip the runestones on each armor piece. There are five pieces of armor and five runestones, so the whole set should be covered.

As long as you have Motsognir’s runestones on, the armor will visually change and look pristine. Also, instead of killing you slowly, the set will now give you a bonus when all parts are equipped. Your critical hits will heal you for 20%, meanwhile, your rations will heal you 50% less. Each time you use your rations, you’ll damage nearby enemies as well.