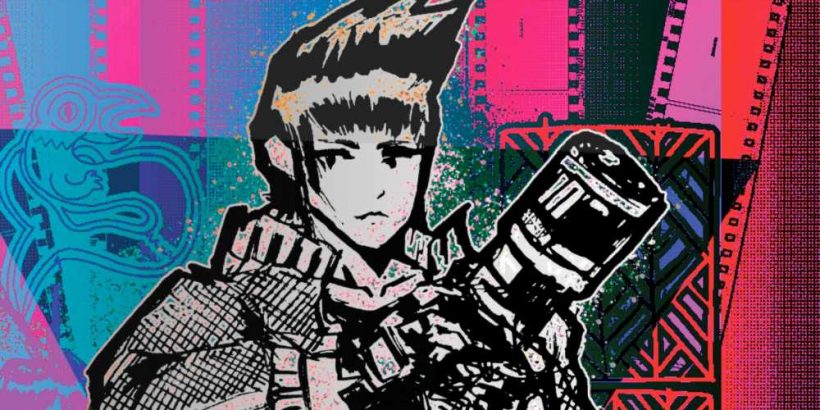 I'm big into street photography. Most weekends I'll sling a camera and a few lenses into a backpack, catch a train to a nearby city, and spend a day wandering around looking for interesting things to shoot. I've tried taking photos in the countryside, but I'm never as inspired as I am when I'm in an urban setting. In these bustling concrete sprawls, everywhere you look there are things going on, people living their lives, and stories being told—and I love capturing these moments with my trusty DSLR. I'll usually come back from a trip with 300 terrible photos, but it's worth it for the 10-15 that turn out decent. It's an incredibly fun, rewarding hobby, and a great way to get to know a city on a deeper, more intimate level.

A lot of video games involve taking photos, whether it's Metal Gear Solid 2's digital camera, snapping spirits in Fatal Frame, Afrika's wildlife safari, or the on-rails photography of Pokemon Snap. But there's only one game I've played that accurately captures the process and feel of real-world photography, and that's Umurangi Generation. There's a lot to love about this impossibly stylish indie game, with its vivid Māori cyberpunk aesthetic, killer soundtrack, evocative hands-off storytelling, and how unashamedly politically charged it is. But I don't think it gets enough credit for how brilliantly it simulates the experience of using a camera in a cluttered, lived-in, story-filled urban landscape. 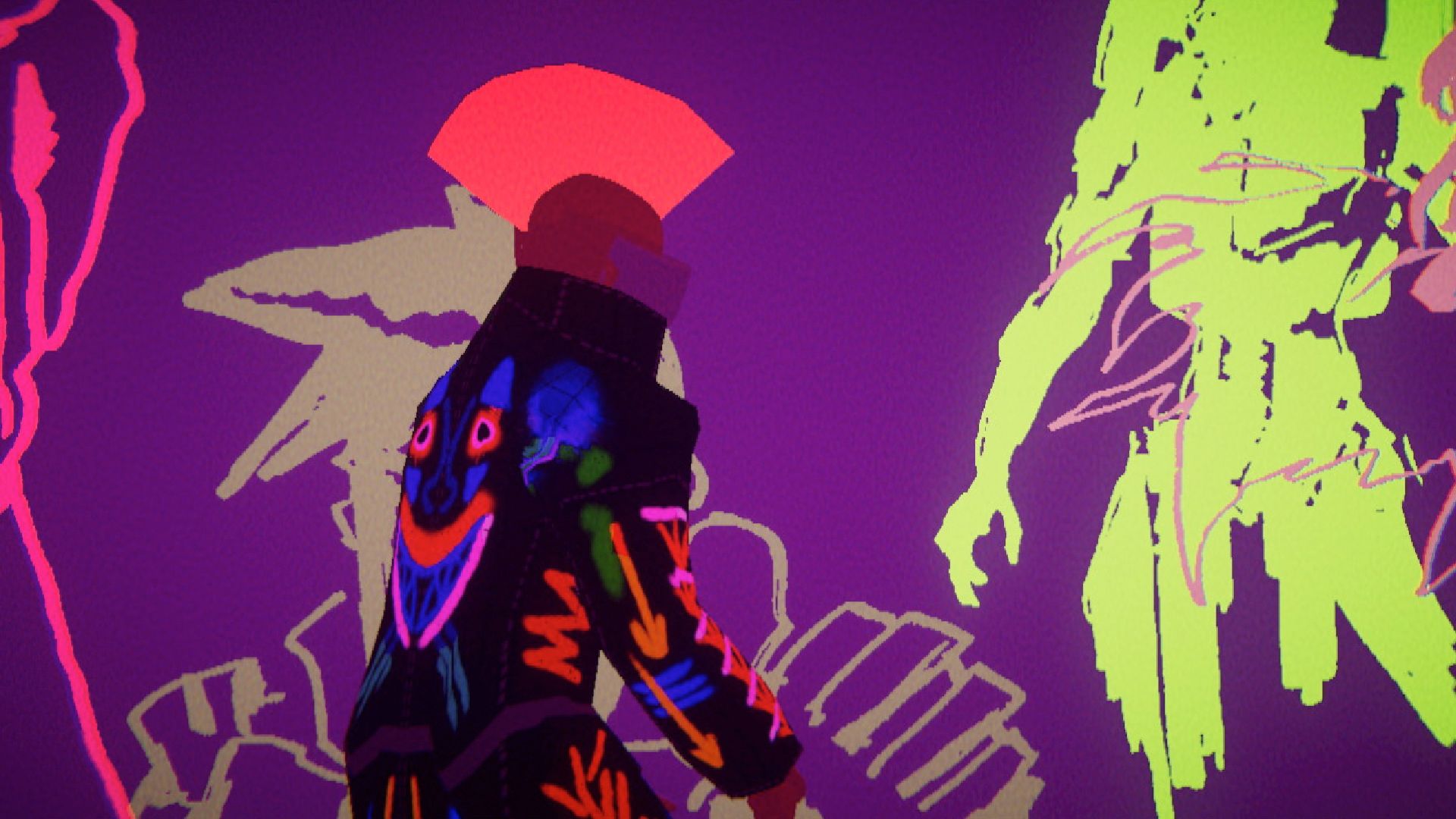 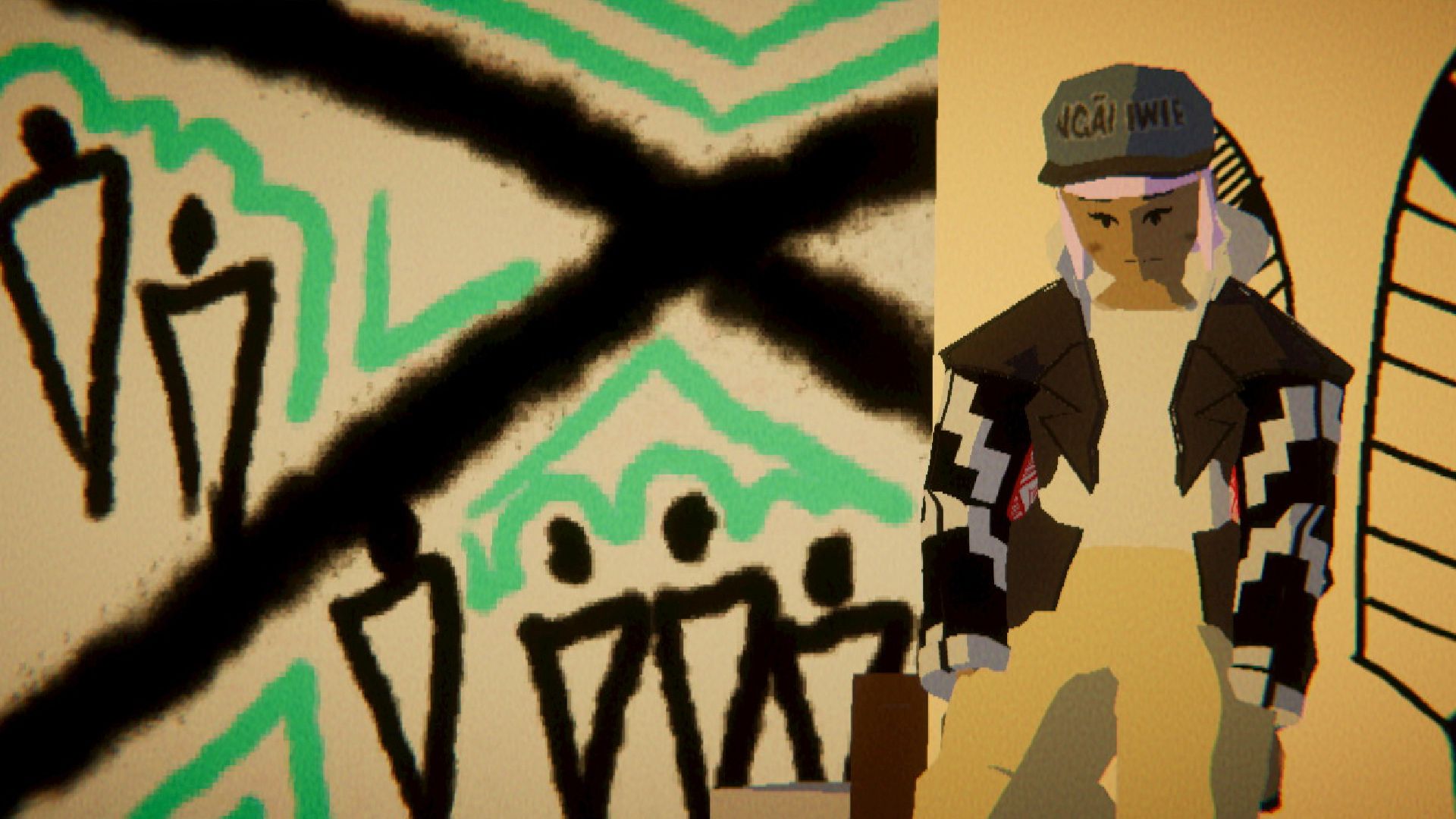 The biggest thing Umurangi Generation gets right about photography is the importance of lenses. When I go out IRL, I bring a few with me to suit different situations. I'll use a wide-angle 16mm if I want to fit a lot into the frame. This is good for creating a sense of scale. But if I want to capture finer details, I'll use a 55-210mm telephoto to get in close. Mostly I just rely on my 50mm prime—the legendary 'nifty fifty'—which is perfect for street photography. In the thick of a crowd it's a great way of capturing the bustle of your surroundings, and the shallow depth of field is perfect for portraits and lush low-light bokeh. Depending on what you want to shoot and how, the right lens can make all the difference.

As you play through Umurangi Generation you unlock a series of lenses, which serve the same purpose in the game as they do in real life. Your ever-expanding kit includes a telephoto lens for getting up close and personal with a subject at a safe distance; a wide-angle that can take a lot of the city in at once; and an image-warping fisheye for that sick '90s look. You can swap between these freely by tapping the shoulder buttons, which is a lot easier than when I have to find a quiet spot on the street and fumble in my bag to find another lens. Photography in Umurangi Generation is a lot slicker than it is in real life, and I feel a lot less self-conscious waving a camera around in a virtual world.

The way your character quickly snaps lenses in and out of their camera is incredibly satisfying, like reloading a gun but cooler. However, it serves a practical purpose too. Whether you're shooting just for the fun of it, or completing the game's many photography-based challenges, your choice of lens is key to creating effective images. Each lens has its pros and cons, meaning you'll be swapping between them frequently—as I find myself doing when I'm out shooting a city myself. But there's no 'right' way to take photos, and you can get creative with, say, wide-angle portraits or telephoto landscapes if you really want to. Umurangi Generation will never judge you for breaking the so-called rules. 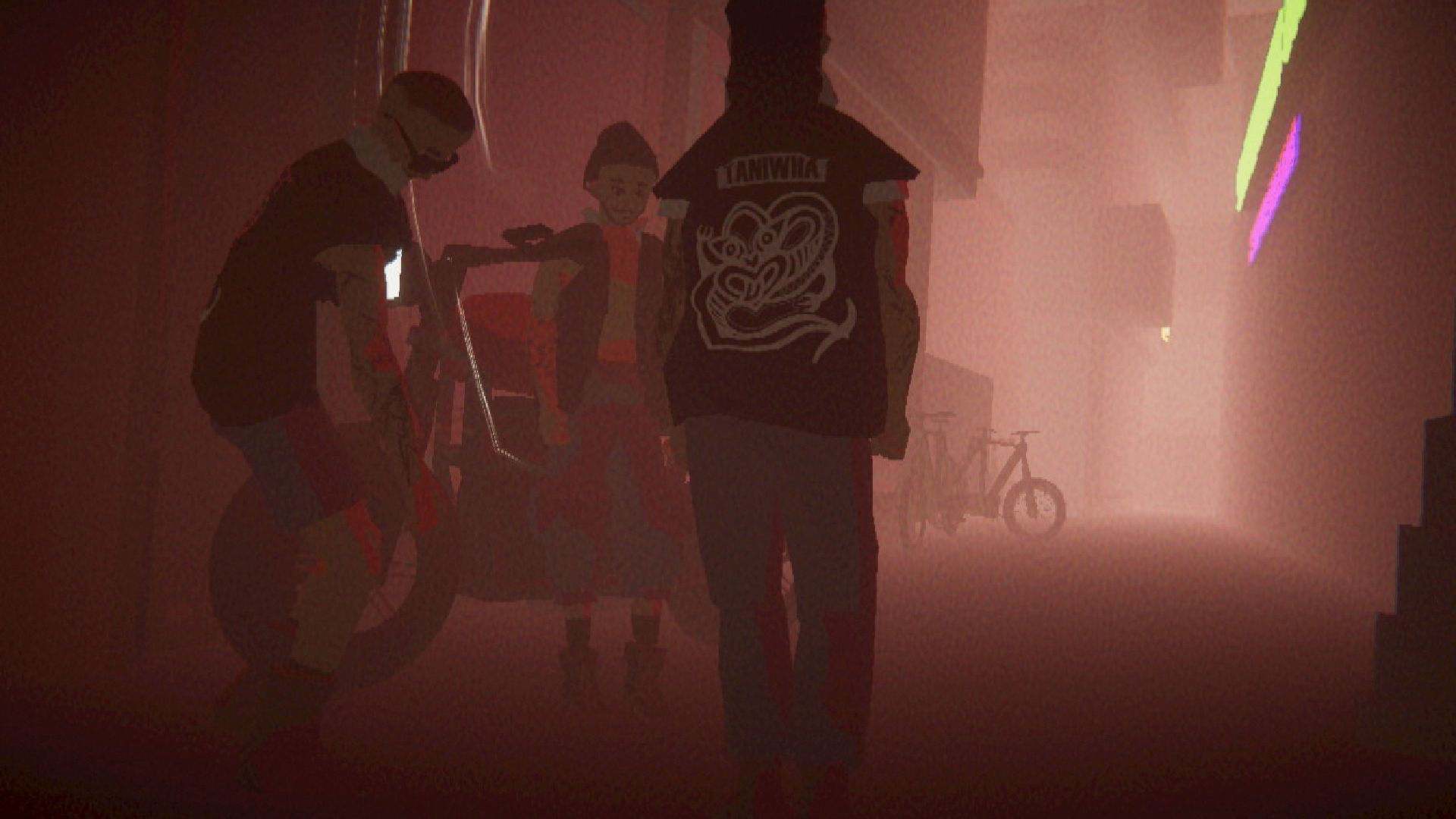 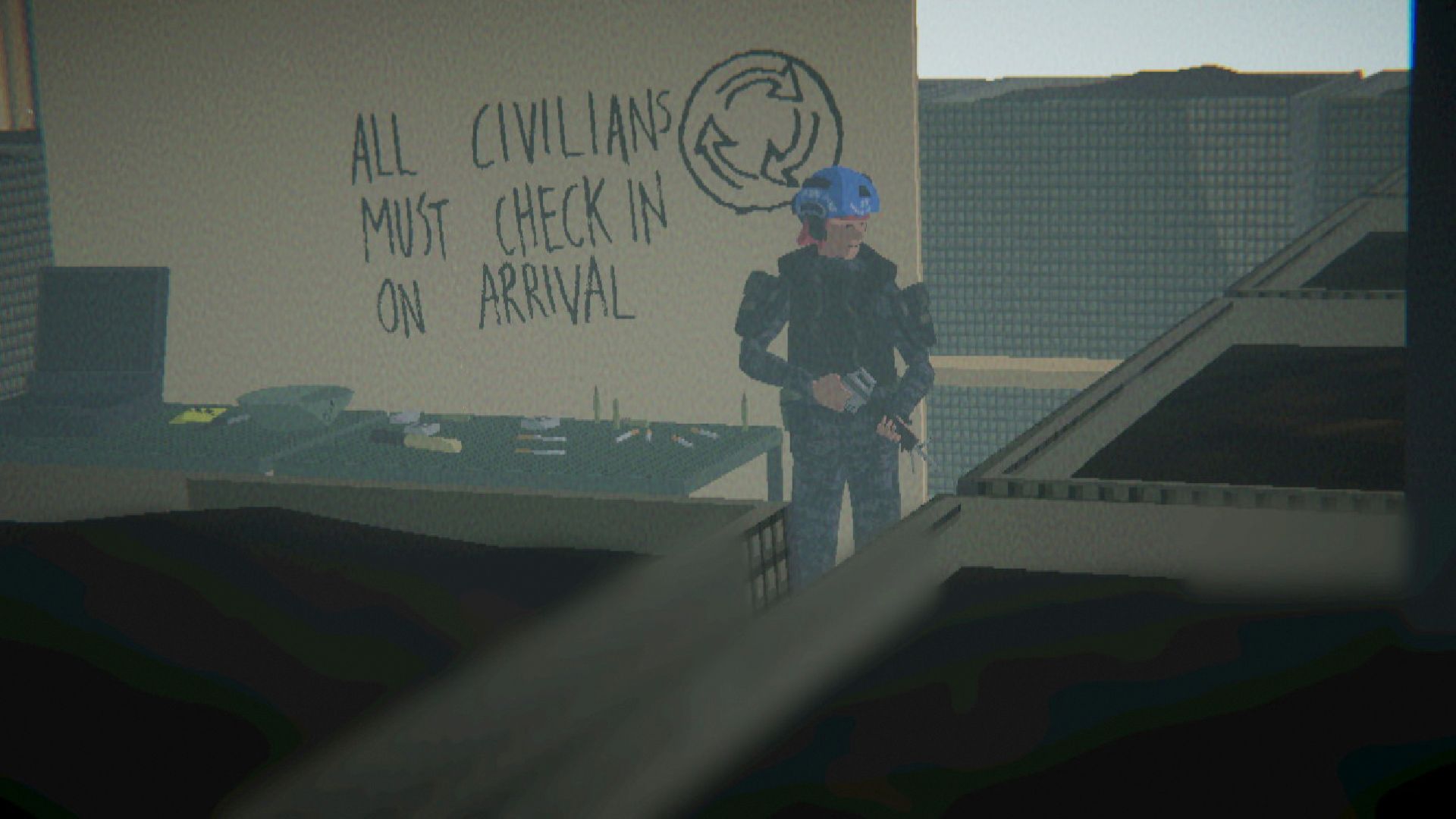 The game also stresses the importance of a piece of kit photographers laden with expensive hardware often forget about: your legs. If you just stand in place on the street, taking eye-level pictures, your photos won't be very dynamic. Telephoto lenses are great, but bad for making you forget to move. This is a game that encourages climbing, crouching, going prone, and scouring the environment for unique vantage points. I force myself to do the same on a real-world shoot, looking for places to get a different perspective on the world: even if that just means crouching and taking a low-angle shot at pavement level. I only wish I could double-jump like my character in Umurangi Generation can.

When I get back from a trip I'll dump my RAW files onto my Mac and immediately import them into Adobe Lightroom. Post-processing is an important part of a photographer's toolkit, which is another thing Umurangi Generation acknowledges and incorporates into its simulation. When you've taken a photo you can adjust the exposure, tint, chromatic aberration, bloom, hue, contrast, and more besides, just as you can in Lightroom—although here you can do it directly through your camera. I'll be the first to admit that most of the photos I take on the street look boring before I bring out their best qualities through post-processing, and I can say the same for the photos I take in Umurangi Generation too.

The only thing the game is lacking when it comes to simulating street photography is movement. Part of the thrill and frustration of this hobby is how taking a shot a second too fast or too slow can make or break it. Cities are constantly in motion, meaning you have to be ready to react to something before it's gone forever: whether that's sunlight hitting a window a certain way, or a fleeting moment shared between two people. Just about everything in Umurangi Generation is rooted firmly in place, which is something I'd like to see expanded on if there's ever a sequel. Moving traffic and wandering pedestrians wouldn't just make the city feel more alive, but bring an element of spontaneity to the photography. 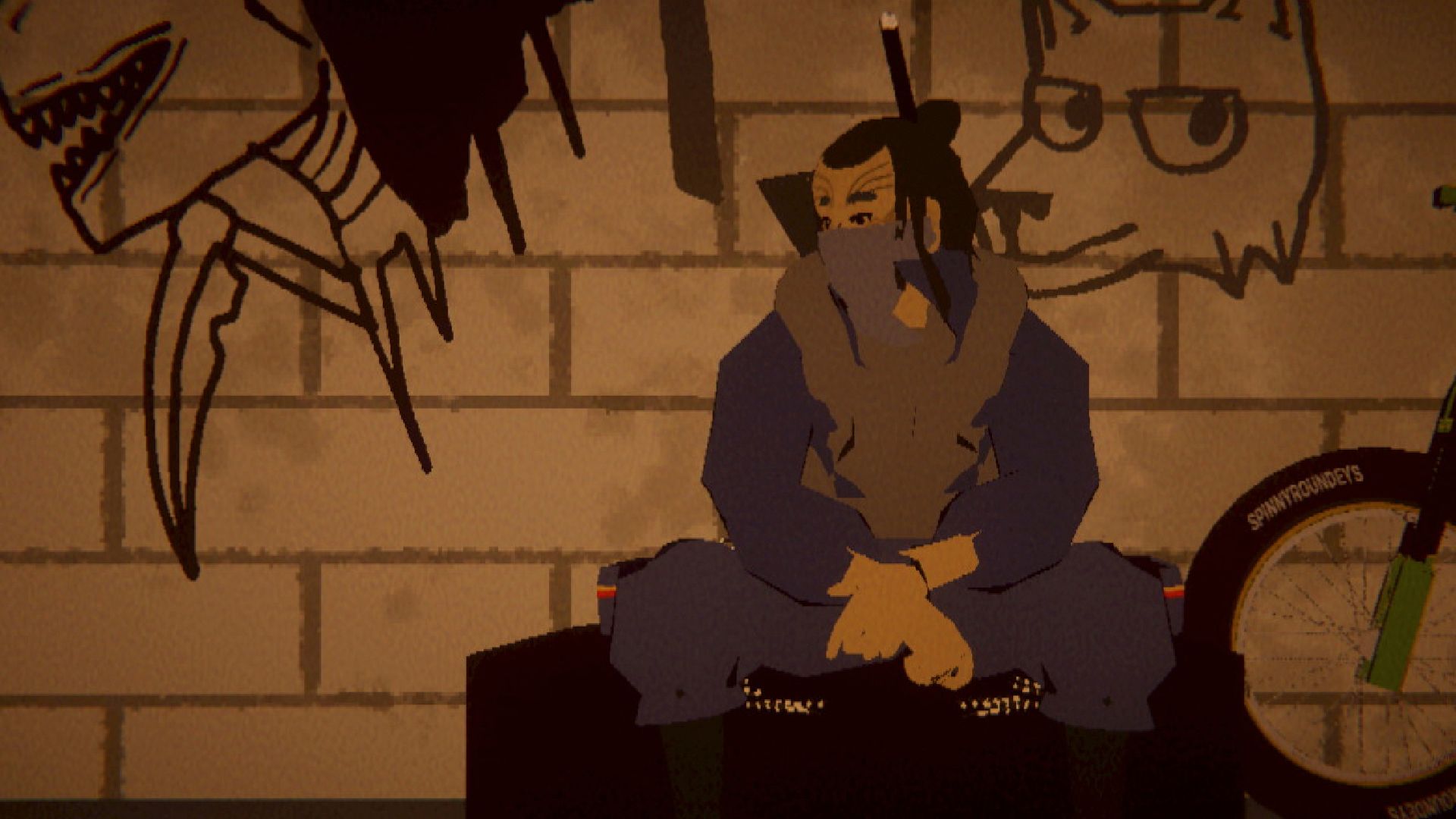 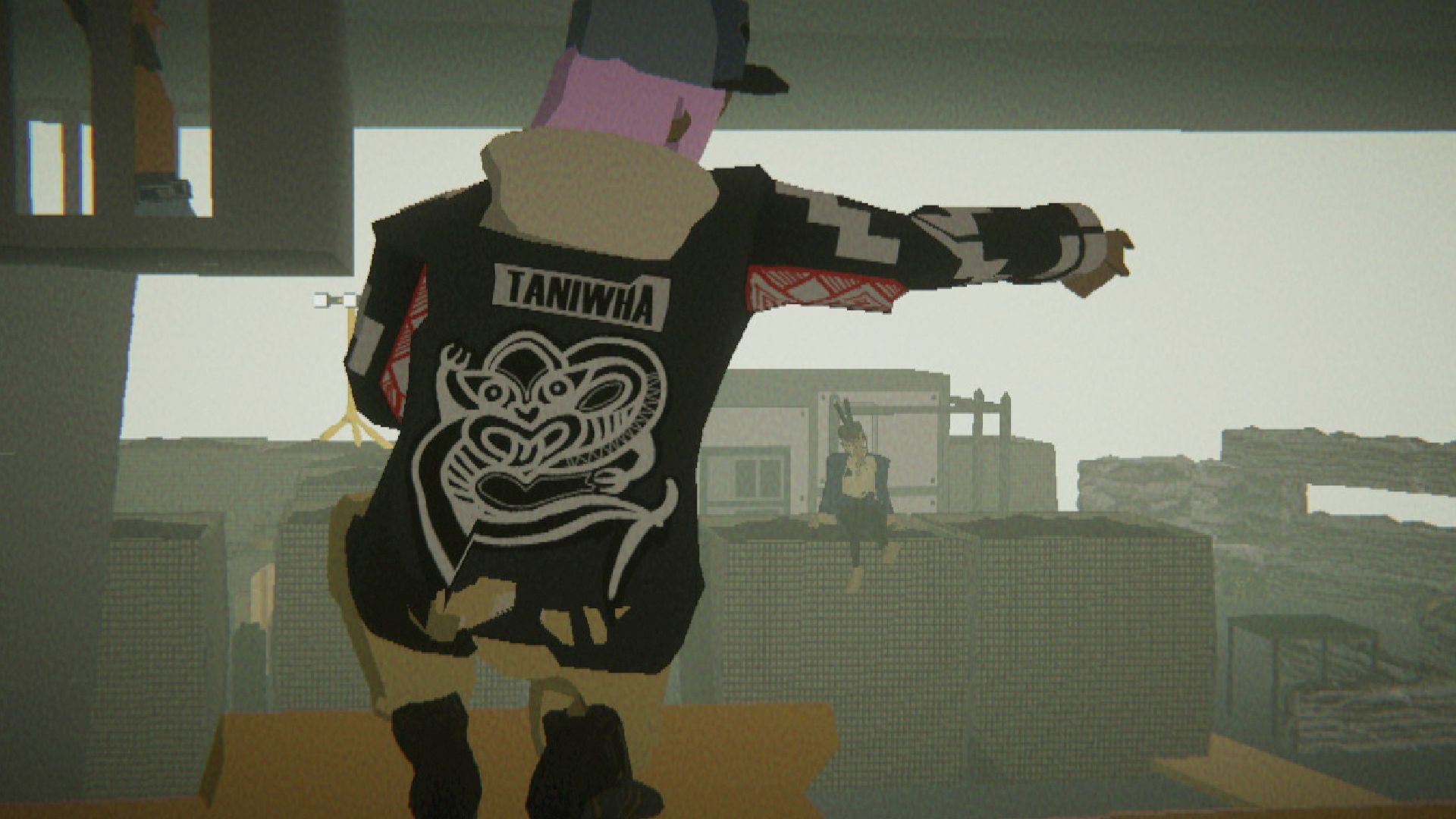 But that's not to say Umurangi Generation's city is lifeless. Far from it. It's heaving with detail, drenched in atmosphere, and littered with quirky details to incorporate into your shots. Not to mention the citizens of Tauranga themselves, who are some of the best-dressed and coolest-looking NPCs I've ever seen in a game. A photography simulator wouldn't be much without anything worth pointing your camera at, but Umurangi Generation is, thankfully, blessed with immaculate art design, architecturally vibrant cityscapes, and a beautifully stylised lo-fi aesthetic. I've played through all of its levels multiple times and I'm still finding new ways to document the city and the many people who call it home.

Umurangi Generation is one of the most interesting games I've played in years, and it's well worth reading Stacey's interview with director Tali Faulkner if you want to know more about its origins, design philosophy, and fierce politics. But mostly I'm just impressed by how much it gets photography, in a way no video game has before. Most games don't bother themselves with the technical nitty-gritty of the process, but Umurangi Generation revels in it: letting you switch lenses, set your shutter speed, adjust your ISO, and more. Virtual street photography isn't quite as gratifying as capturing something in the real world, using your own hands, with an actual camera—but Umurangi Generation comes damn close.