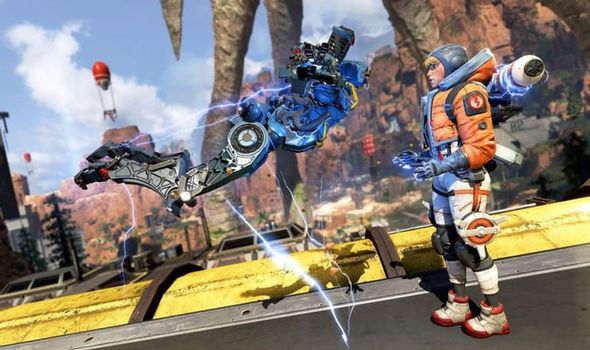 Ranked Play and the new Battle Pass are some of the main changes, as well as the map tweaks made to King’s Canyon.

But fans can also grab some free rewards during Apex Legends Season 2, that doesn’t mean splashing out on a Battle Pass.

First, players can claim the rewards that have already been revealed by Respawn Entertainment as part of Season 2.

As always, these rewards are purely cosmetic and haven’t been designed to give you an edge over other players.

But if you want something a little extra, you can also claim a new outfit using a Twitch Prime membership.

New loot can be claimed via the Twitch Prime website, which is offering subscribers the Sweet Dreams, Stellar Stallion Wattson and L-Star skins.

Wattson is another big part of Season 2, a new Legends characters that add a little spark to the Battle Royale arena.

And the new Twitch Prime is dedicated to Wattson, providing a new look while scoring against enemies.

And Twitch has also confirmed that this is just the first drop they are making when it comes to new Apex Legends Season 2 skins.

EA and Twitch are hosting a new event in Las Vegas that will include more cosmetic items being dropped days before.

Here’s more from Twitch, who confirmed in a new statement: “this year’s event brings music, movie, and streaming celebrities together with Prime members in an epic battle live on twitch.tv/twitchprime to see who will take home the title.

“Kicking off with the debut of a new single by multiple Grammy-nominated producer and songwriter Murda Beatz, the Las Vegas Twitch Prime Crown Cup rolls into round-by-round Apex Legends action hosted by TimTheTatman with commentary and interviews between each match provided by Kevin Smith and Jay Mewes (Jay and Silent Bob) throughout the event.

“The competition also features Apex Legends’ character and weapon skins exclusive to Twitch Prime members that are dropping just days before the event.

“So, make sure you’re following Twitch Prime’s Twitter, Facebook, and Instagram feeds to get the latest information on what’s dropping in the days leading up to the Vegas Crown Cup, so you have the goods before all your friends.

“Our day starts off at 2 p.m. with a Streamer Challenge, where eight special-guest Twitch streamers square off to see who will advance to the Crown Cup main event, which begins at 4:30 p.m. PT.

“After a few rounds of pool play, the action advances through semi-finals to the Crown Cup Finals, scheduled to start at 7 p.m. before the evening closes out with a trophy ceremony and music set by Murda Beatz.”