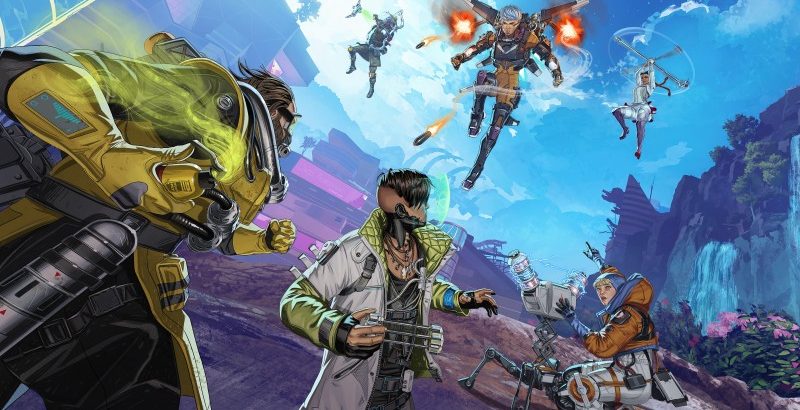 My first battle royale skydive was in the early access version of PUBG. I landed on the outskirts of Lipovka and, with the devastating SCAR-L, made quick work of enemies. There were brief moments of gratification, but securing that delicious Chicken Dinner tested my patience for dozens of hours and proved too frustrating. Fortnite’s cartoonish aesthetic and enticing crossovers scratched my casual FPS itch, but the base-building mechanic constantly shattered combat momentum. Warzone’s sensory overload was downright overwhelming. With arena sizes that seemingly rivaled open-world games, a high combatant count, and annoying purchasable killstreaks, Call of Duty’s battle royale reminded me that less is more.

And then there’s Apex Legends, the great equalizer – where skill, tactics, and dumb luck (RNG) coalesced into intense, energetic bouts. Even five years after its surprise launch, Apex Legends continues to be the best battle royale out there.

Titanfall’s parkour physics demonstrated that flashy animations complement tight gunplay and empower players. Apex Legends might not have wall-running or explosive mech action, but the movement remains fluid. Grappling, sliding, crouching, wall jumping, changing directions midair, and sprinting make matches exhilarating and streamlined. Moreover, interactions beyond simply firing your R-301 or chucking a Thermite reward experimental/strategic play. For instance, while useful for the incapacitated, knockdown shields can also be repurposed as mobile cover for low-health teammates. I can’t count the number of times I’ve frantically popped a shield battery or reloaded my Wingman behind a downed ally to save the day. Blocking enterable doors with Loba’s Black Market Boutique or kidnapping unsuspecting adversaries with Wraith’s Dimensional Rift are other great examples of how Apex Legends’ mechanical depth redefines engagements.

Smaller squads mean that encounters aren’t prolonged, but compact maps also catalyze third-parties. When one firefight ends, another is bound to begin. This keeps the tension high and generally leads to shorter matches (who doesn’t love to get some rounds in before work?).