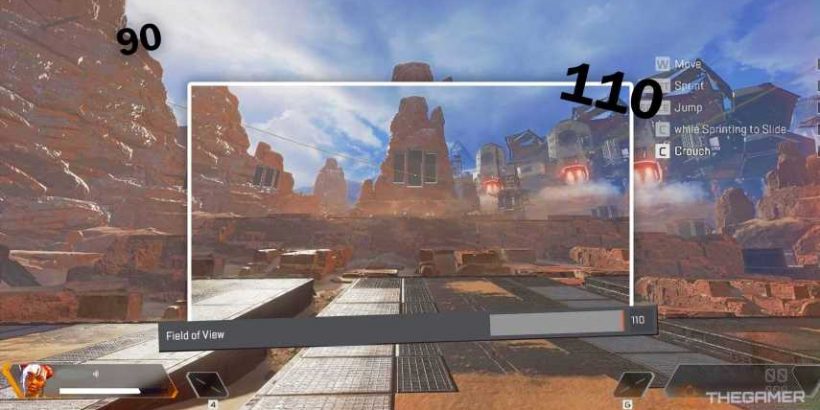 The level of competitiveness in the online gaming community on the rise, and we are all aware of the significance of tuning all your game settings properly. This is especially true in fast-paced games, such as Apex Legends.

In combat, you need to be able to spot your enemy first, from which the subsequent actions and the attempt to take them down proceed. So, having the best settings to enable this determines your strategy and game plan. In this article, we are going to talk about the factor that plays the most important role in being able to spot your enemies, namely your FOV.

FOV stands for Field of View and is a number dedicated to the viewing angle through which the game environment is displayed on your screen. Consequently, the higher the FOV gets, the more of the environment you will be able to see.

Here are the details that you should know in order to optimize your gaming experience better.

Things To Consider When Setting Your FOV In Apex Legends 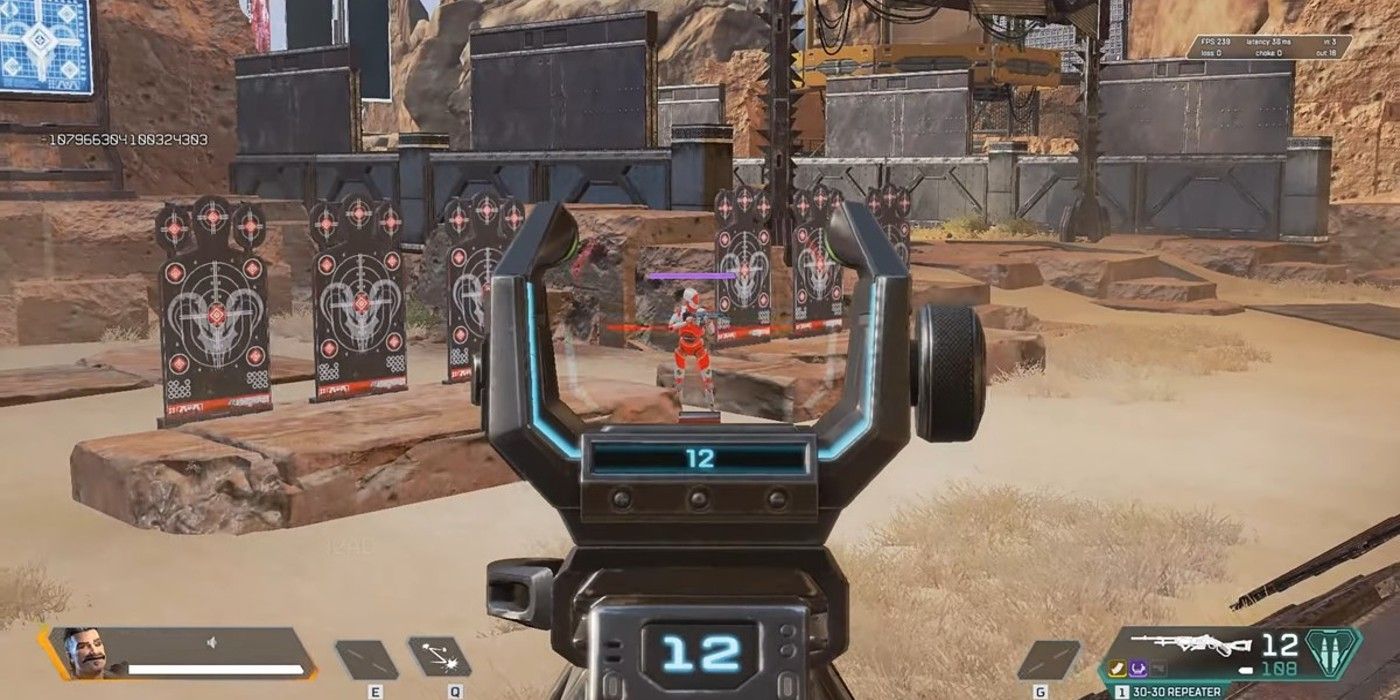 First of all, you should keep in mind that as you crank the FOV number up, your gaming PC or your console is going to exert itself harder because of the extra pixels that are being rendered. So, that is something you need to consider if your system specifications are on the lower end.

Secondly, you should be aware of the fact that your sensitivity will feel different due to the change in FOV. Take bloodhound’s ultimate as an example if you have not felt this change before. As he channels his inner demon and simultaneously lets out that creepy yell, the FOV expands, and the sensitivity increases.

Thirdly, it is a fact that setting up a higher FOV on a smaller display will result in a distortion of your view, and as a result of that, you are going to have a more challenging time making out objects at long ranges.

While the choice of FOV is entirely up to your personal preference, it is always best to err on the side of caution and not go for the lowest and highest extremes. Also, you should keep in mind that Apex Legends, unlike most other games, has incorporated the option to play around with your FOV settings in gaming consoles as well as PCs. 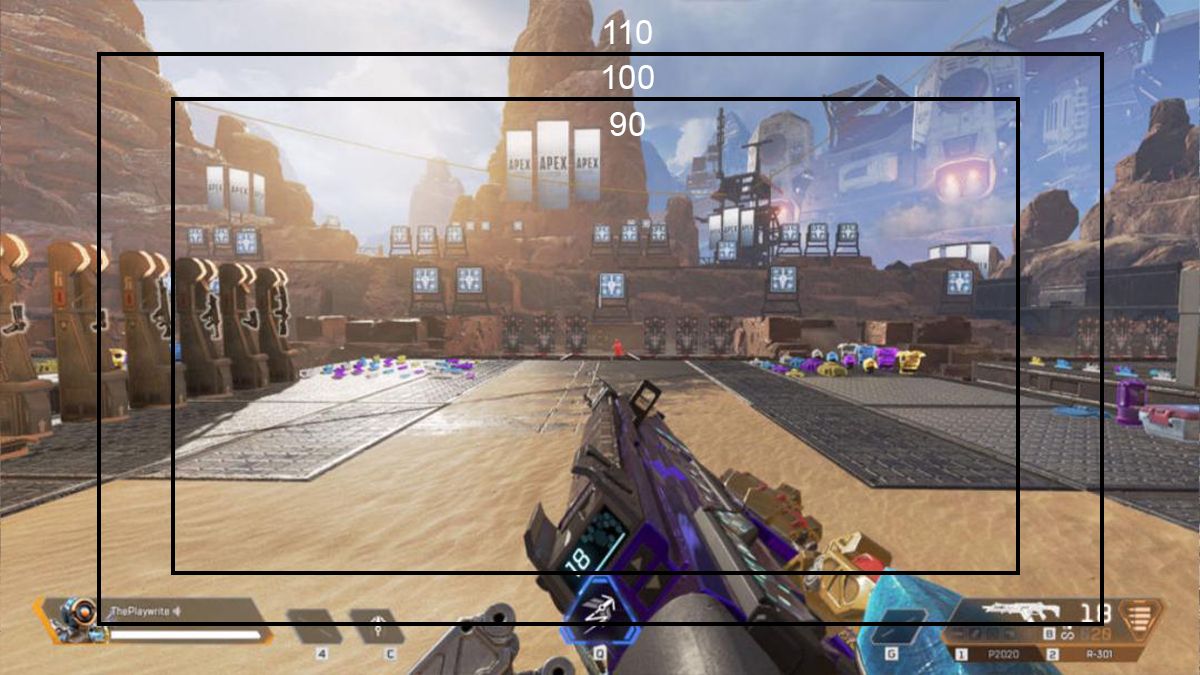 We have to confess that most of the players in the professional scene lean toward this higher range for their FOV. For example, Aceu, arguably one of the best players in the world, taking both the aim and movement into consideration. Like most other professional players, he has stuck to the highest FOV setting in the game since the beginning.

The obvious reason is that the bigger perspective you get due to the higher Field of View number is unquestionably beneficial in spotting the enemies quicker and feeding your teammates much more accurate data even before you engage in a fight.

But before you head to your FOV settings and increase it all the way up, let’s briefly talk about the downsides of such an extremely high FOV number.

There is this kind of distortion that happens on your screen as you max out your FOV, during which the image seems somewhat hemispherical than flat. Experts refer to it as the fisheye effect. Just to fully grasp the point, you could try out the visual effects in your smartphone named as fisheye lens.

It is especially noticeable if you have moved from a much lower FOV. You could try it out for a while, and if it is intolerable for you, by all means, lower the number. 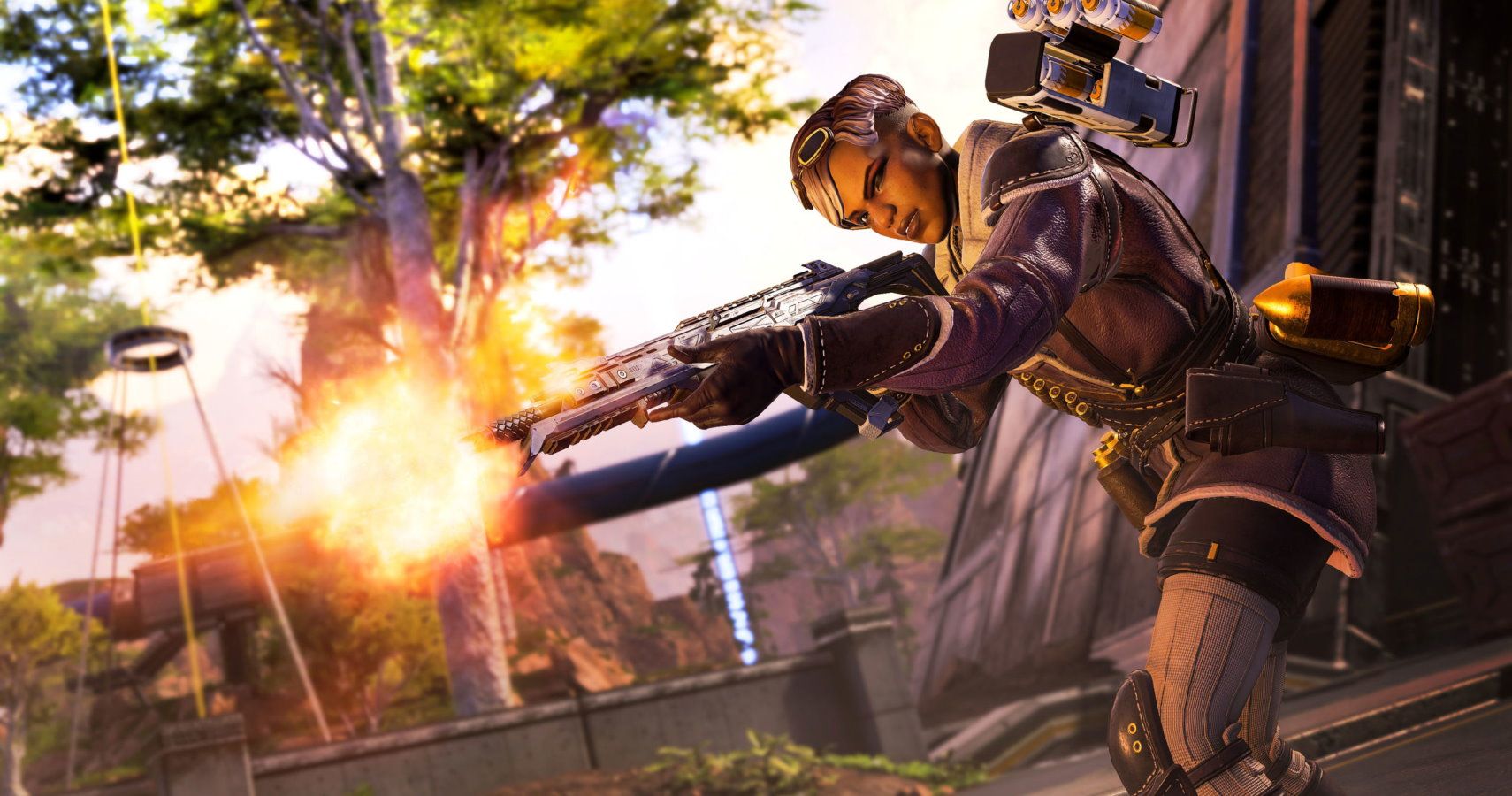 If you are looking for a decent balance between performance and the viewing angle, look no further. This range, attested to by the majority, is the sweet spot most gamers will opt for.

This FOV setting could mitigate both of the downsides we mentioned for the previous FOV range, namely performance drop and visual distortion.

At the end of the day, all these settings should suit you, and nobody could claim that you will lose your competitive edge just by decreasing your FOV number a bit. Some players might even underperform due to the image distortion caused by the higher FOV, preferring the more realistic and less panoramic view.

Consequently, the reasons we just mentioned should convince you not to feel guilty for the choice of this range over the higher extreme. If you are fine with a slightly smaller perspective, then do not doubt in the slightest to go with this range. 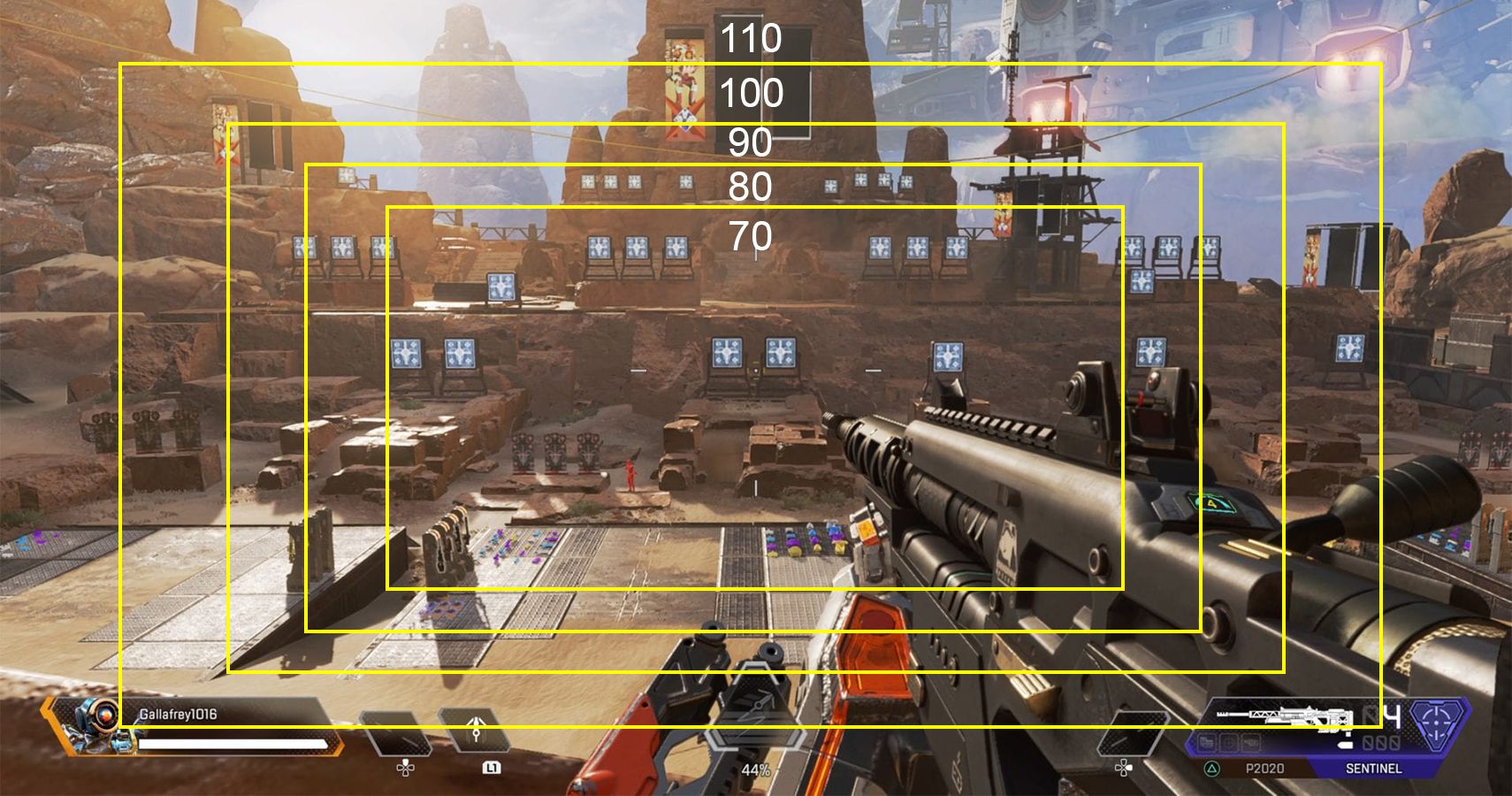 Now we get to the range that, unless you absolutely have to use it, should be ignored. Here’s why.

The only upsides of this FOV range are the reduced burden placed on your system and the less relevant long-range vision improvement. It is less relevant because in a game like Apex Legends, in which most of the fights have to be carried out in close quarters, the negligible improvement in spotting objects, which will most likely be as small as pixels, is not going to justify the sacrifice of benefits from higher FOV numbers.

This extremely low range will conspicuously lower your perspective and, with it, the chance of spotting enemies. Add to that the fact that your perpetual attempts to compensate for it by frantically flailing your mouse around your mousepad will take their toll on your arm, wrist, and, more importantly, your precious aim.

As you know, since gaming and your aiming and performance are entirely feel-based, you should feel free to customize the settings to your own liking and comfort.

The numbers you hear from different sources about professional players’ settings should not override your decision to stick to what you feel is most comfortable. A myriad of factors influences a player’s optimal settings, among which system specification and equipment, one’s gameplay, comfort, and experience could be named.