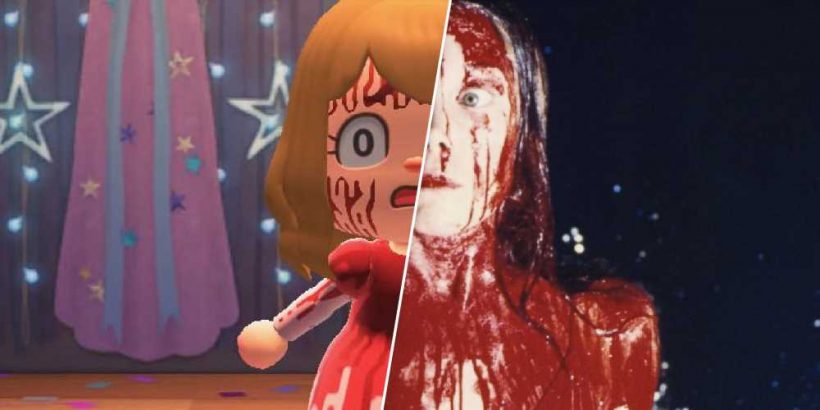 Animal Crossing is beloved the world over for its cutesy aesthetics and wholesome gameplay. However, that doesn't stop you twisted people from bending the island and its inhabitants to your sick will. One redditor has been recreating scenes from horror movies and posting them daily in the run up to Halloween.

So far, TonyClifton323 has done The Exorcist, Shaun of the Dead, Carrie, and Silence of the Lambs, and they all look spectacular.

Tony kicked things off with a recreation of Shaun and his friends holed up in the Winchester pub. There's the British staples of pool, darts, and armed punters.

Day two was the basement from Silence of the Lambs, complete with bugs, skeletons, toys, a dog bowl, and a mysterious well.

Next up was The Exorcist, which required some clever camera trickery to work properly.

The post that caught TheGamer's eye was the excellent Carrie recreation. It's eerie how the terror on Carrie's face can permeate via the Animal Crossing catalogue of facial expressions.

Day five was American Psycho. The brutal yet hilarious scene is made even more ridiculous by Animal Crossing's style and tone.

Day six is Evil Dead, and we've got some more camera trickery afoot to make it look like Ash's hand has actually been replaced with a chainsaw.

The end of the week and it's IT. This room brilliantly recreates the scene where Georgie gets lured into the drain by interdimensional horror Pennywise. Genius.

It seems the horror was always in Animal Crossing, we just needed someone like Tony to bring it to the surface.