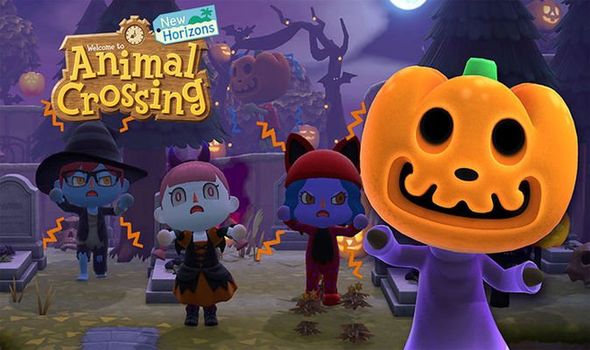 It won’t be long before gamers get to try out Nintendo’s next big Animal Crossing update on Switch consoles. The development team behind the hit game have confirmed that their ACNH Fall Update will be launching this week. This means that gamers can expect not only new fish and bugs to catch, but also a new patch waiting for them. Here’s what you can expect in the coming weeks on Nintendo Switch and Switch Lite consoles.

WHEN IS THE ANIMAL CROSSING FALL UPDATE OUT ON SWITCH?

Nintendo has confirmed that the Animal Crossing New Horizons Fall Update has a release date set for Wednesday, September 30, 2020.

This new patch will bring Animal Crossing Halloween content to the game, although it won’t all be available on release day.

Here’s what is being planned for the coming weeks across Animal Crossing New Horizons on Nintendo Switch:

Growing Pumpkins – Deck out your home and island for all your awesome autumnal occasions by first purchasing pumpkin starts in-game from Leif year-round or from Nook’s Cranny during October. Once your pumpkins are grown, they can be harvested and put to use in pumpkin-based DIY projects.

Prepare for Halloween – Pumpkins are just the beginning of the Halloween-themed festivities coming to your island.

With the big day just around the corner, you can start stocking up on candy early. Find your style for Halloween night by purchasing costumes, like a mage’s dress, at the Able Sisters shop during the month of October.

You can even procure body paint and colored eye contacts by exchanging Nook Miles. You’ll also be able to learn Halloween DIY projects from your fellow residents. On Halloween night, your neighbors will be getting in the holiday spirit with costumes of their own.

Halloween Night Celebrations – When Halloween night arrives on Oct. 31, after 5 p.m., neighbors will gather in the plaza, which will be adorned with an array of Halloween decorations. You’ll also receive a visit from a mysterious guest, Jack, the “czar of Halloween.” By giving Jack lollipops and candy, you’ll earn spooky in-game rewards.

Be sure to save some candy for your neighbors, too, or you might get pranked! Luckily, you can learn a couple of new Reactions to properly express your feelings of fear.

Revisiting Dreams – The ability to take a nap and visit other islands within dreams was introduced this summer. Now, you’ll be able to easily revisit dreams from a list, making it even easier to visit some of your favorite islands.

NookLink App Update – The NookLink Service in the Nintendo Switch Online smartphone app is also receiving an update in early October. With the update, you’ll be able to use your smart device to perform Reactions in the game.

How about trying it out for this occasion to let your island visitors know exactly how you feel about their mischievous tricks and treats?

Nintendo has also confirmed that the Animal Crossing: New Horizons Edition system is heading back to participating retailers for purchase at a suggested retail price of $299.99.

The system features pastel green and blue Joy-Con controllers and a white Nintendo Switch dock with images of Tom Nook and Nooklings Timmy and Tommy.