It was only a few months ago that Amazon took the wraps off over 20 new Fire TV devices to fill out its growing portfolio, including a refreshed Fire TV Cube, a Fire TV Edition Soundbar, and a slew of Fire TV Edition television sets. But that didn’t stop the company from spotlighting updates to Fire TV, which now powers over 50 TV and soundbar models in more than 10 countries and which has more than 40 million monthly active users (up from 37 million in September 2019).

The latest Fire TV Edition  release — a set of tools, features, and services that make it even easier for developers, operators, and manufacturers to integrate Fire TV with their products — will foster new Fire TV devices across a range of form factors, Amazon says. Fire TV vice president Marc Whitten anticipates that Fire TV Edition will include more than 150 product models by year-end 2020, if the trend holds.

“At CES 2017, we announced the first Fire TV Edition smart TV. Now, just three years later, Fire TV Edition has grown into a worldwide program,” he said in a statement. “The all-new Fire TV Edition provides companies with the services and tools they need to bring Fire TV to more categories and more screens.”

Amazon says it’ll bring new features to the Fire TV Edition soundbar offering it introduced at IFA 2019. Among the highlights are support for Dolby Atmos, as well as device control, HDMI switching, far-field voice control, and a co-branded experience with partners like Anker, Polk Audio, and Tonly. 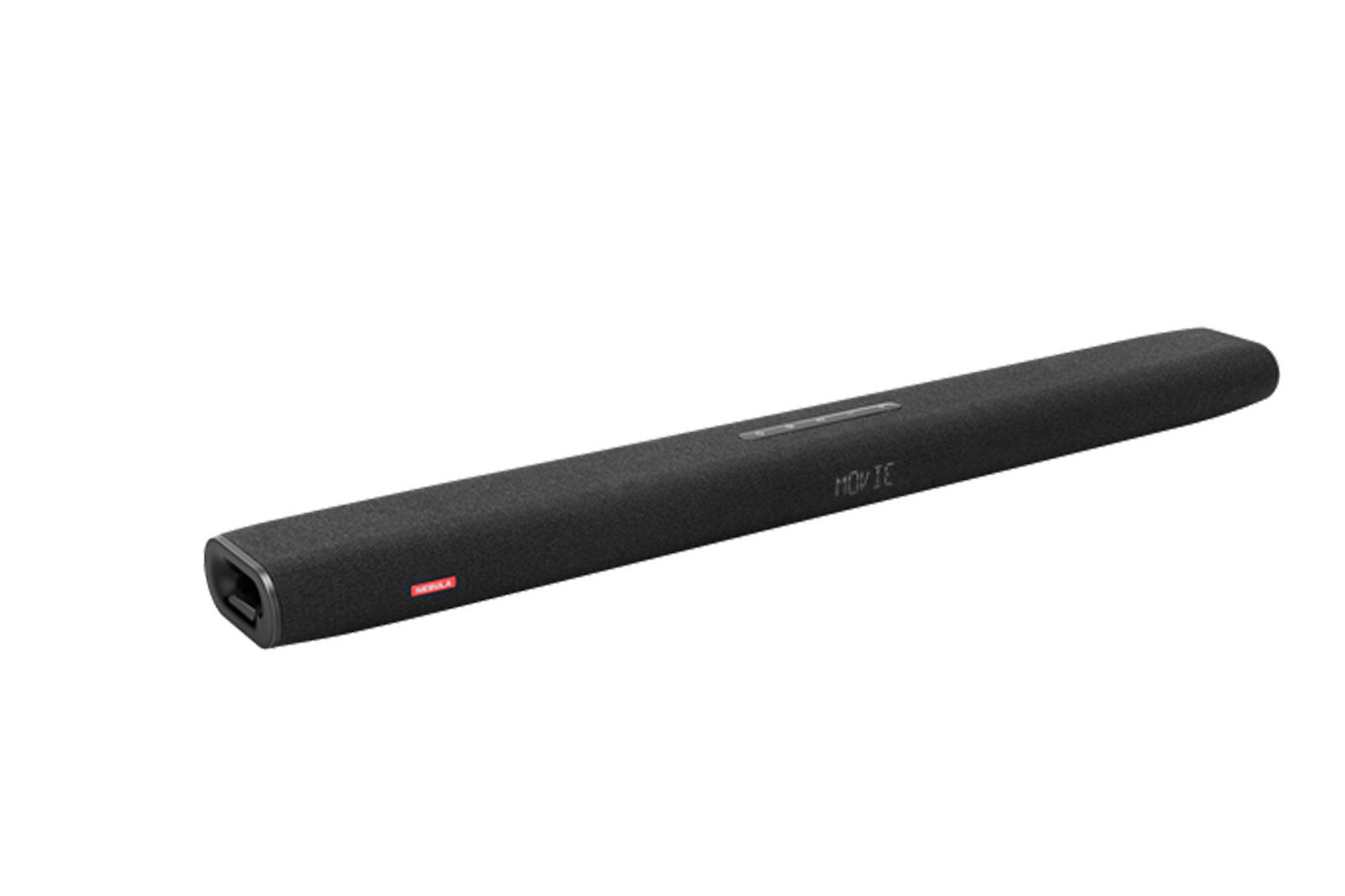 Amazon also revealed that TCL’s newly announced Fire TV Edition soundbars — the Dolby Digital Plus-sporting Alto 8+ and TS8011 — are available online as of today, joining Anker’s Nebula Soundbar. The Alto 8+ ships to the U.S. and Canada, while the TS8011 is on sale in the U.K., Germany, France, Italy, and Spain.

Fire TV is heading to vehicle infotainment systems, Amazon said this morning. Supported systems — which will connect to the internet via a vehicle’s Wi-Fi or LTE connection, a mobile hotspot, or any other WAN-enabled device — will offer hands-free access to Alexa and a touch screen interface, plus robust offline playback capabilities. Through Fire TV Edition for Auto, car passengers will be able to watch shows from streaming services like Netflix, Amazon Prime Video, and FreeTime; shows recorded with the Fire TV Recast; and content stored locally on-device.

Voxx Automotive and Garmin will help deliver solutions and services to Amazon’s automotive partners, and Fiat Chrysler Automotive and BMW will be among the first to introduce the new Fire TV experience in their vehicles. “Adding Fire TV to future BMW vehicles represents a big step in bringing the best of streamed entertainment to our products,” said BMW Group vice president of user interaction Fathi El-Dwaik. “With Amazon’s approach … we are able to innovate and create a unique and special experience for BMW cars.”

In the future, Amazon says it’ll work with more internet service and television providers in North America, Europe, India, and Japan to build Fire TV into their set-top boxes, following on the heels of collaborations with Tata Sky in India and Verizon in the U.S. To this end, Amazon is expanding the number of device offerings available to operators, and it’s working with the National Cable Television Cooperative (NCTC) to make it easier for its over 750 members to deliver devices to their combined 16 million broadband and 8 million video customers. 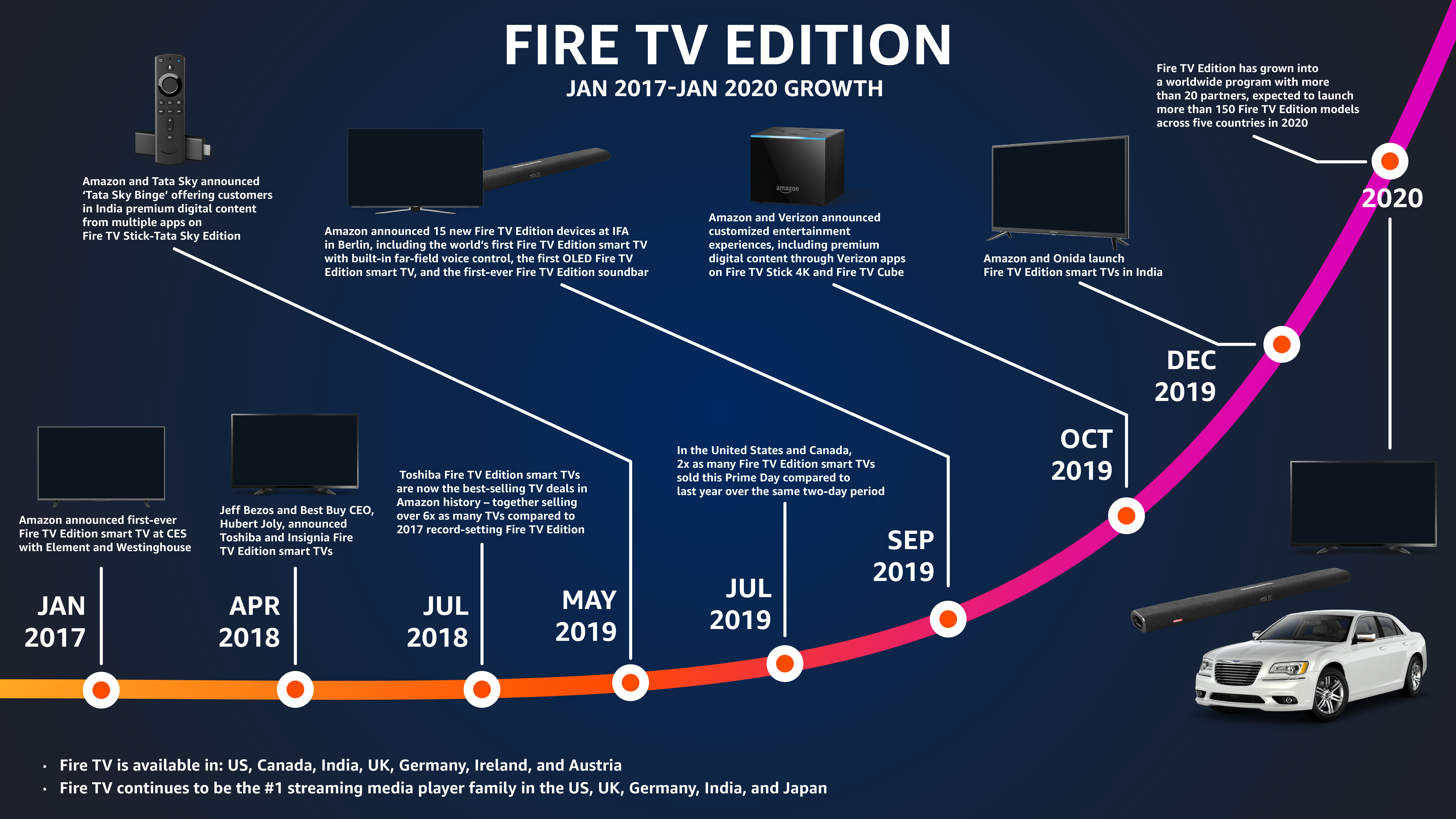 Amazon and Skyworth’s solution will include reference designs, schematics, and boards designed with LCD TV mainboard provider CVTE. That’s in addition to self-service tools and software customizations, such as a settings software development kit (SDK) for custom picture and audio settings.

“We are excited to build a scalable, worldwide smart TVs program with Fire TV Edition,” said Skyworth chair and CEO Tony Wang. “ODM and OEM can offer customers the choice and selection of a top-rated smart TV software experience, along with the speed, value, and high-quality hardware and manufacturing that they always expect from Skyworth.”

The Fire TV platform’s growth is impressive, no matter how you slice it. Earlier this year, Whitten shared that Amazon customers now consume over a billion hours of content a month and that more than 80% of Fire TV Cube users have home automation routines. And in the two years since Amazon and Best Buy announced a partnership to bring Fire TV Edition TVs to U.S. and Canadian customers, they’ve sold millions of Insignia and Toshiba Fire TV Edition smart TVs.