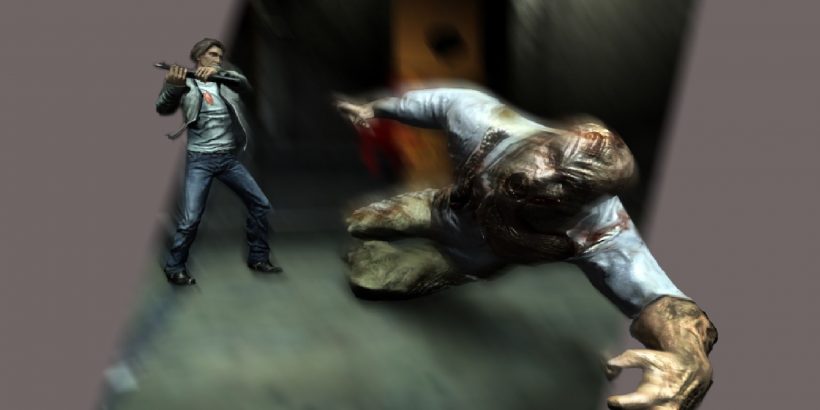 Alone in the Dark is making a comeback! This isn’t the first time I’ve been excited about the classic survival horror franchise emerging from the shadows after a long absence, but hopefully it will be the first time the end product isn’t a massive letdown. This new reboot has the potential to deliver, but it will need to shake off the ghost of 2008 if it is to survive.

THQ Nordic’s new take on the property is intended as an original story that pays homage to classic genre conventions. We’re talking deliberate controls, tense combat sequences, obtuse puzzles, and a sense of claustrophobic isolation that makes us feel well and truly alone. The period setting is a lovely touch too, and should give writer Mikael Hedberg (previously of SOMA and Amnesia: The Dark Descent) more than enough material to work with.

Remember Alone in the Dark: Illumination? It was a garbage third-person shooter, heavily panned by critics upon its 2015 release and was quite clearly a cash grab using the licence to make a few cynical pennies before Atari sold the rights off to THQ Nordic. It’s been left in the past, and for good reason, but seven years earlier a far more ambitious revival crashed and burned in a far more public fashion. Alone in the Dark from Eden Games is a bizarre experiment that has mostly been forgotten to time, largely because it’s pretty damn terrible.

This game launched when I was 12. Younger Jade wasn’t a media literate scholar obsessed with gay cartoons like she is today, but a curious gamer who loved JRPGs, cheesy horror, and anything she could get her hands on. Ahead of its release I watched Alone in the Dark from afar, mesmerised by its ambitious gameplay systems and terrifying narrative set across a crumbling vision of New York City. It had spooky monsters, compelling characters, and felt like an evolution of games like Resident Evil and Silent Hill, just as those series had begun to lose their way.

Gameplay clips and teaser trailers caught my attention time and time again, but obviously I couldn’t pick the game up until it hit the bargain bin several months later. It was slaughtered by critics across the board, though I didn’t trust those pesky game journalists, so I popped the game into my Xbox 360 and was immediately underwhelmed. This game sucks. Alone in the Dark occupies that janky sweet spot just as games were approaching photorealism. 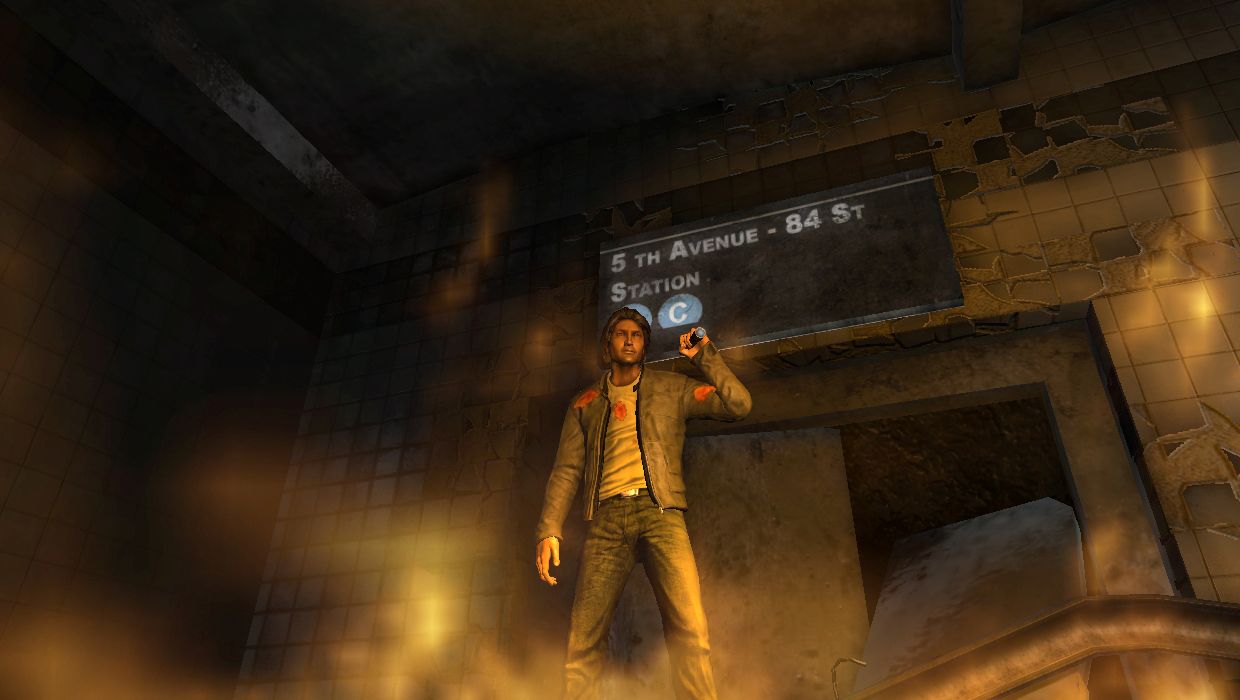 It tried to do so much, yet failed to master the fundamentals, and thus it all fell apart. Foul-mouthed protagonist Edward Carnby moves with a tank-like deliberacy that both harkens back to genre classics while also trying to be more mechanically sophisticated. The end result means it just controls like ass, with the use of weapons and other objects being equally cumbersome. Being able to pick up anything in the environment and use it as a makeshift weapon or an item to solve a puzzle is a cool concept, and could have combined classic adventure game tenets with survival horror in ways we hadn’t seen before, but the execution is fumbled so badly. Everything is moved using the right thumbstick, and the majority of games that have ever opted for this control method have failed to make it work.

It can also be played from the first-person perspective too, for some reason, as it tries to be a shooter on top of everything else it gets wrong, despite the fact enemies can only be killed by setting them on fire. One early scene has Edward wielding a chair as he bashes it against a nearby door to escape an encroaching threat. I imagine moving one of the thumbsticks to control weapons and objects is meant to elicit tension, but the animation simply makes it look goofy. Alone in the Dark constantly steps on its own feet, with horror undermined by needlessly obtuse puzzles and combat. 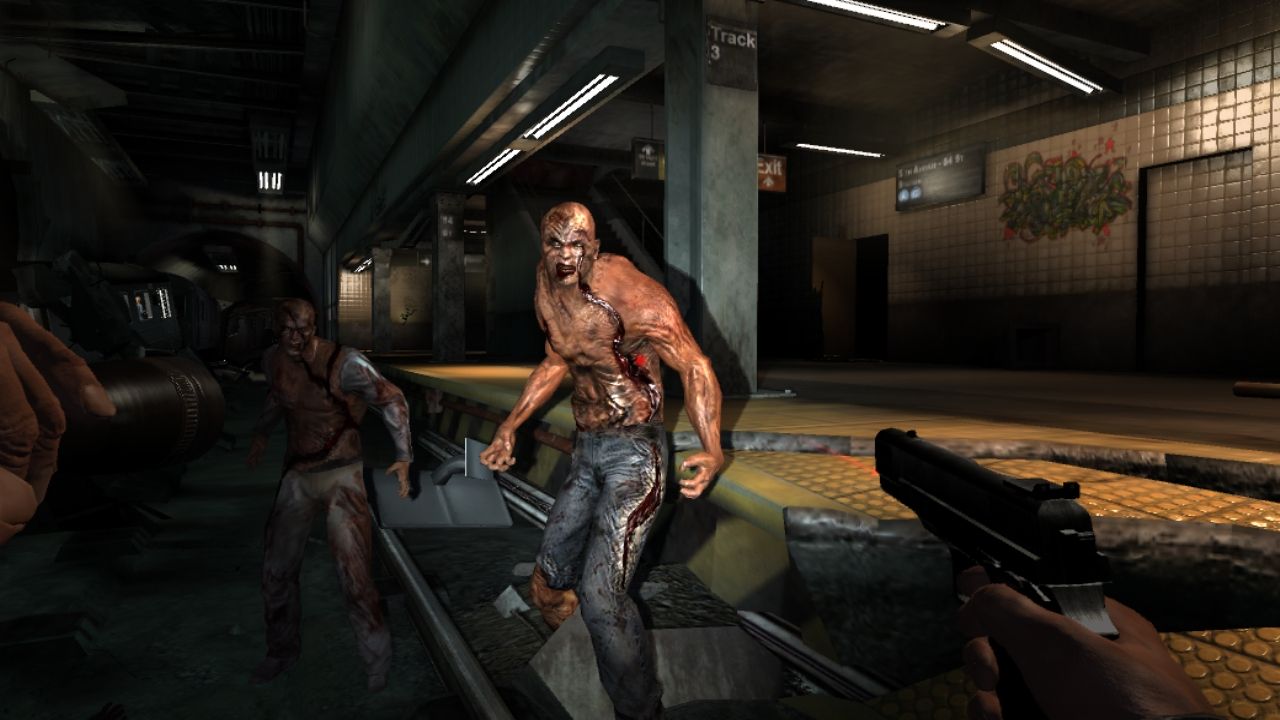 We never feel scared by the approaching darkness, merely frustrating at how cumbersome it all is. There’s also explosive set pieces that feel more suited to something like Uncharted instead of a series like this. Don’t even get me started on the awful driving sections, which are a case of poorly signposted trial and error gameplay that never works.

Another puzzle sticks in my mind. A trail of oil is leading through a gateway that blocks our path forward. In order to proceed we must use specific ingredients in our inventory to create a can of flammable aerosol before combining that with a lighter to set a small creature on fire which will then crawl through the small space and ignite the oil and causing an explosion that will allow us to move forward. On paper, this is a cool puzzle solution, but there are so many hoops to jump through to get there. It isn’t clever or cool, it’s just annoying. 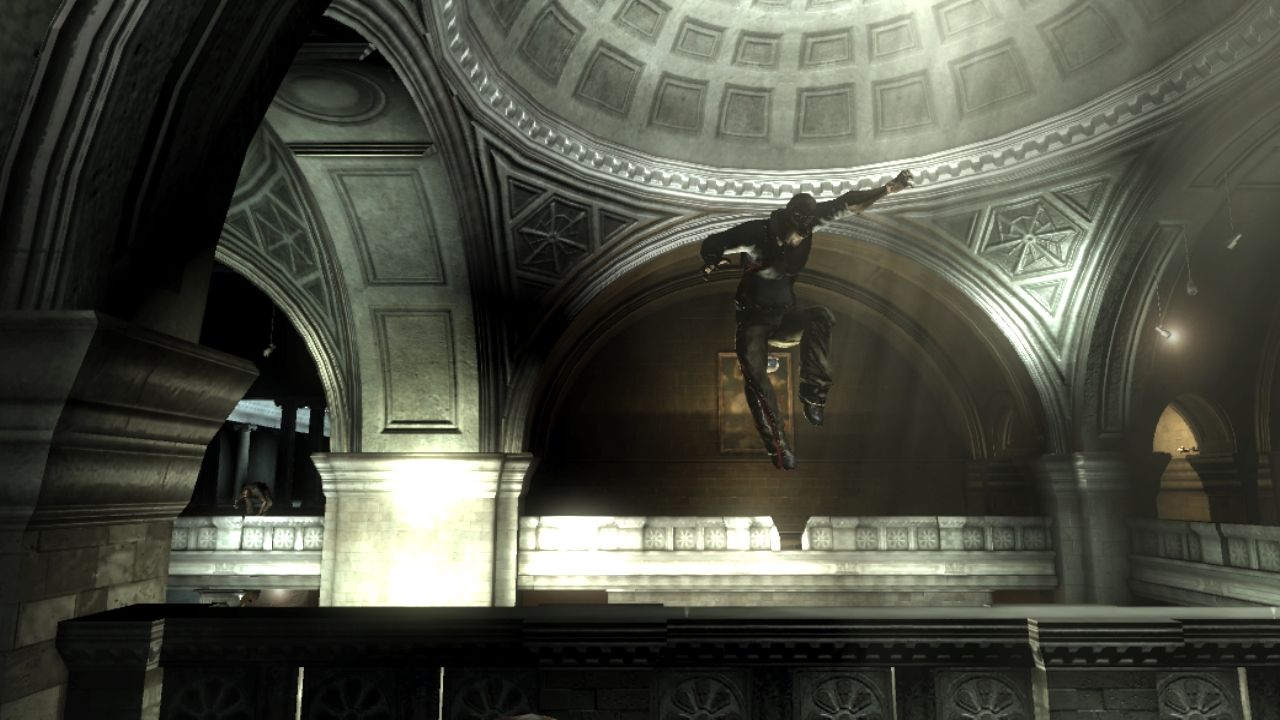 Alone in the Dark assumes that throwing all these ideas at the wall is a sign of intelligence, but when so many of these concepts are half-formed it ultimately feels like a mess. Your inventory isn’t a menu, instead accessed with Edward opening his jacket to show all the objects you’ve collected. Once again, a cool idea with fumbled execution. It is so obvious that Eden Games struggled with feature creep and didn’t know what sort of game they wanted to make, fascinated with the allure of trying new things while knowing it needed to respect a legacy that was already in tatters. The whole thing has aged terribly.

The narrative implements a Netflix-esque approach to progression. If a puzzle or combat encounter is causing you trouble, Alone in the Dark makes it possible to skip entire levels and move the story forward even if the player has absolutely no context for what is even happening. It’s a neat idea in concept, but like everything else it really doesn’t work. Without the accrued knowledge of mechanics and story you are only making the experience less enjoyable and fragmented, not to mention how it convinces me that Eden Games has absolutely no confidence in its own vision as a consequence. 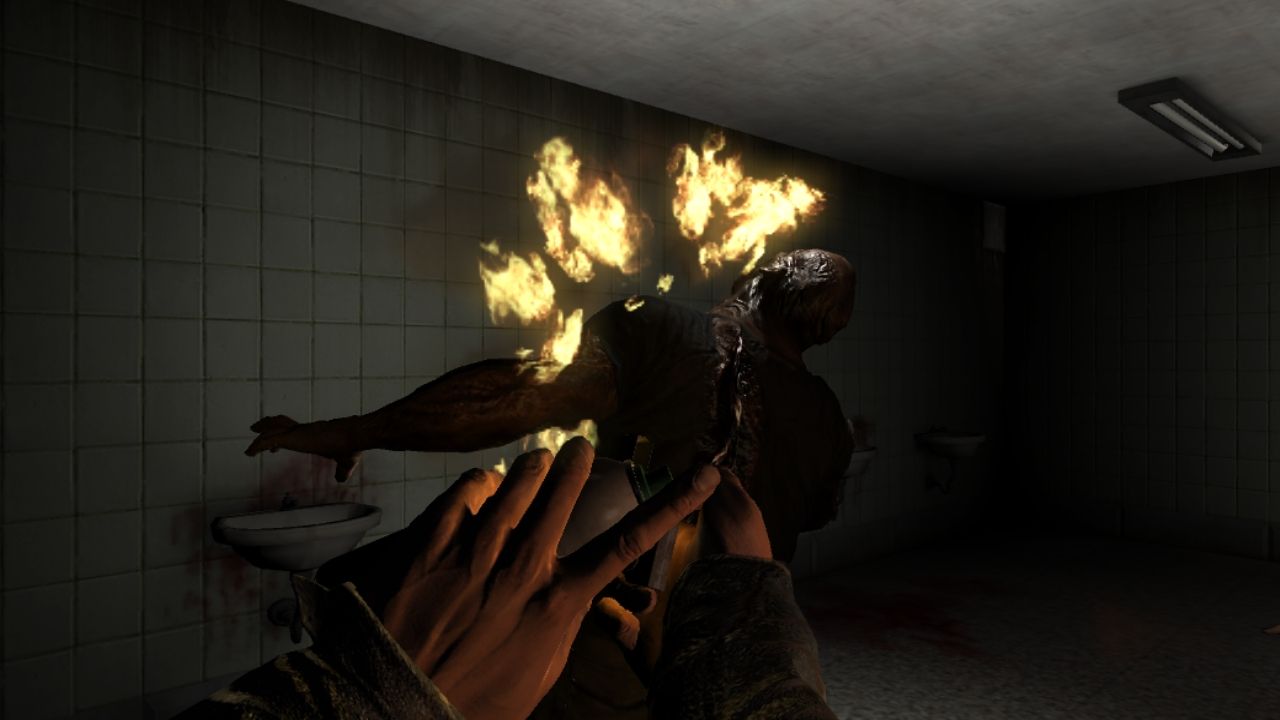 On the surface it appears that Alone in the Dark had everything going for it. It’s undeniably ambitious, and at the time was trying so many things we’d never seen games tackle before. Yet somehow it all failed to deliver. The characters are bad, the story is a mess, combat is frustrating, puzzles are pedantic, and so many of its features weren’t thought through. No matter what this new reboot has in store, it can’t possibly be worse than this travesty.