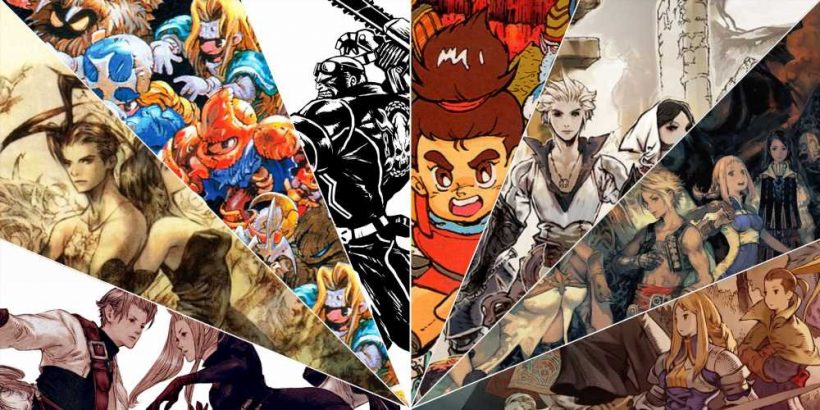 Yasumi Matsuno, for those not informed, wrote most of the games set in the world of Ivalice – he even worked on the Ivalice raids in Final Fantasy 14. Matsuno is known for his writing, which is, by and large, still some of the best to have ever graced the medium. There are murmurings of Matsuno writing a new game, but at the moment we are left with nothing but his previously released work.

Thankfully, there isn't a stinker in the bunch. Matsuno's distinct voice, his keen eye for engaging gameplay design, and his frequent collaborating with phenomenal talents such as Akihiko Yoshida, and Hitoshi Sakimoto have led to his games having a timeless quality to them. For clarity's sake, we are focusing on released games that Matsuno wrote or directed. However, due to it no longer being available anywhere, we won't be delving into Terra Battle. It is, unfortunately, a game lost to time. For newer fans, or people curious about Matsuno's less-known work, there is quite a lot to dig into here, and all of it is worth your attention. 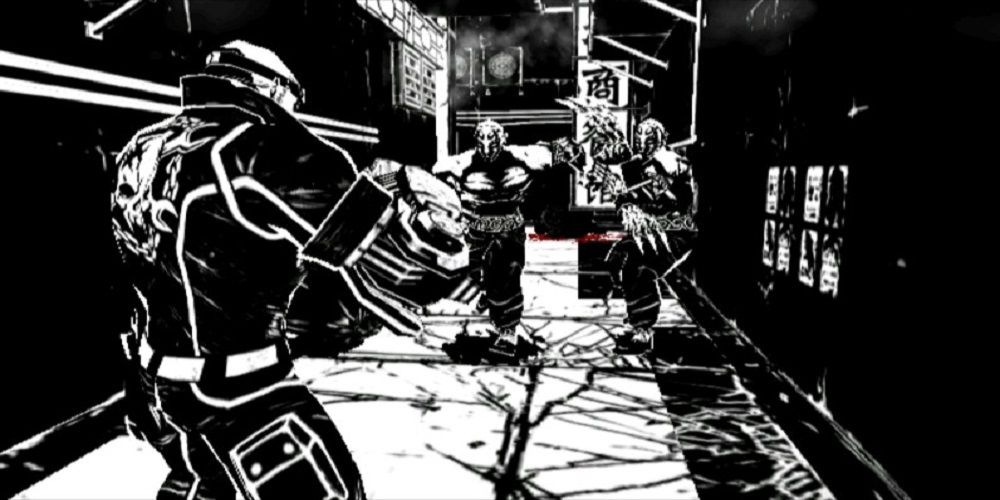 An irreverent, and ultra-violent, monochromatic (outside the use of red), beat-'em-up, MadWorld is an oddball title coming from Matsuno. The story has a whole lot more going on than you would think, given the low-brow humor. Don't worry, Matsuno's love for intrigue is present here. Though now it is wrapped in an '80’s action movie-inspired wrapper. The game itself plays pretty well and the controller scheme involves a fairly minimal emphasis on waggle. It also feels quite satisfying, and the player is provided with a ton of unique arena interactions throughout the game.

As for the low-brow humor… some of it hasn't aged well. At its worst, the English script feels very of its time (many of the more off-color jokes aren't present in the Japanese subtitles, so the localization team appears to be at fault). There is definitely a fair amount of profanity-laced, edgelord humor (especially in the dub). If you can look past the more unfortunate parts of the game, MadWorld does certainly have more to offer than you may expect. 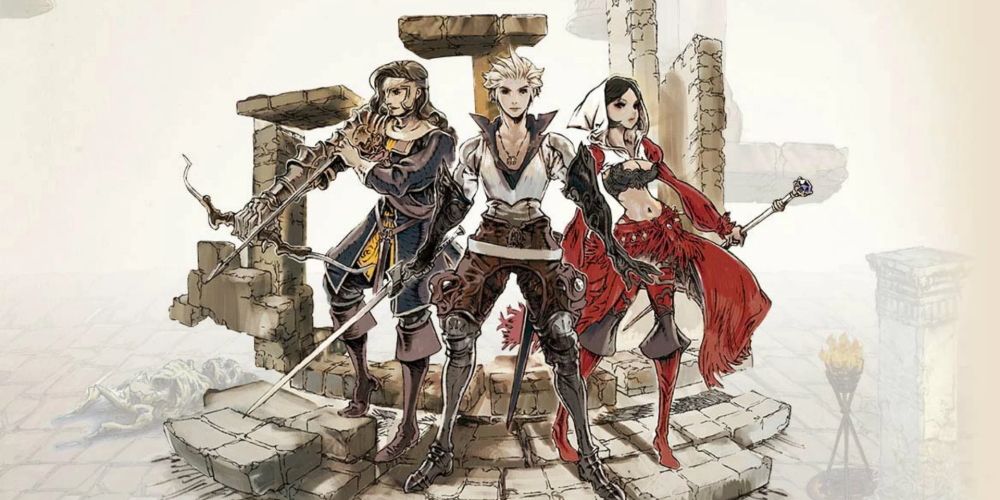 Matsuno's most recent game, Crimson Shroud, eschews the larger plot filled with political intrigue and instead focuses on telling a more straightforward story, focused on developing the three core cast members. It is all very stripped down, but it works very well.

The aesthetic is also pretty novel, as everything is presented as if it was a table-top RPG. All your characters are miniatures and the levels look like the type of playfield that you could see in a high effort table-top session. This is a wonderfully, smaller-scale approach to the genre, and while it may lack some of the larger-scale narrative elements you may expect from Matsuno, it is still entertaining and well-written. 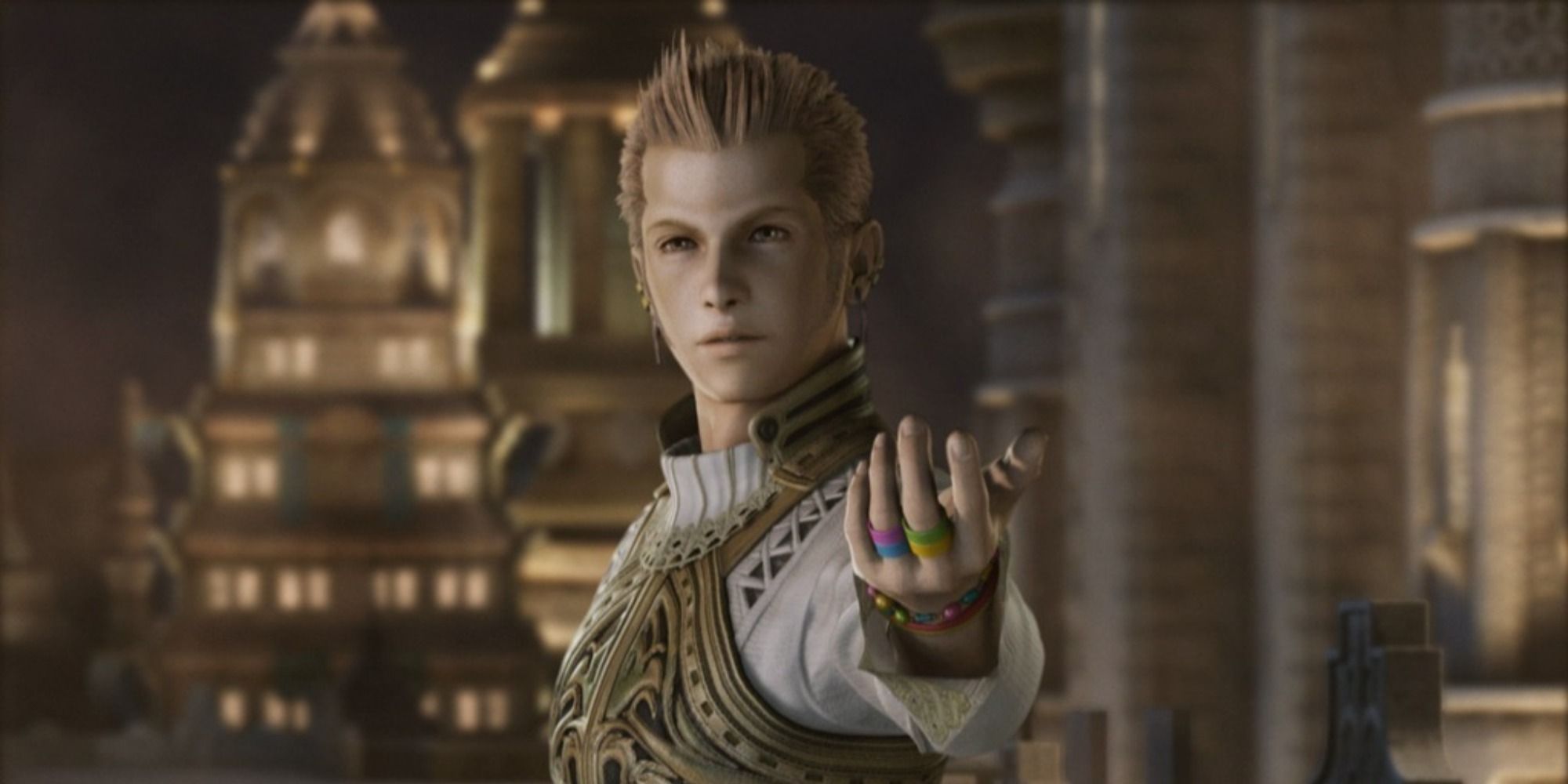 Famously, this was Matsuno's last game at Square as a full-time employee. However, while development may have been bumpy, this title ultimately does a lot of the things that you probably want to see out of a Matsuno game. Another twisting and winding plot, plenty of interesting character development and with the Zodiac Edition, we even saw a return of the job system.

The battle engine for this one can be a little divisive, and it isn't hard to see why. It is completely different from anything seen in a game before. Here, you are essentially building your own AI for different party members. Once you get the hang of it, it can be really engaging. Final Fantasy 12 can also be a bit of a slow-burn during the opening segments of the game, but if you stick with it you may find that there is a lot to love here.

5 Conquest Of The Crystal Palace 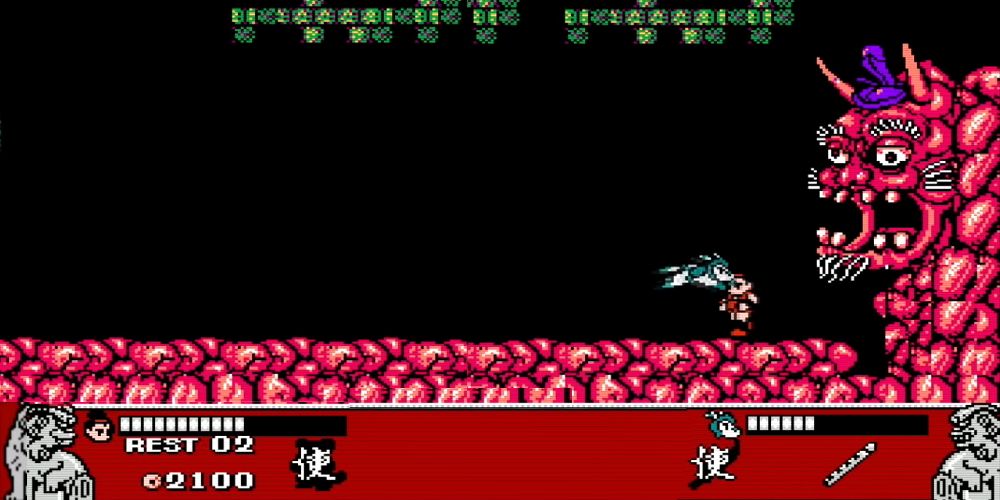 Well, this is certainly not the type of game you would expect from Matsuno. Conquest of the Crystal Palace is a platforming title that is light on story. What looks like a traditional NES-era platformer, however, actually ends up having a ton of really interesting elements.

You can upgrade your moves, or increase your health. You also have a dog companion (named Zap) who you can call in for an attack. However, Zap isn't just a glorified attack, he also has his own health bar and can be upgraded. None of the things we have come to expect from Matsuno are on display here, as the story is extremely simple, but it is still a fantastic game. 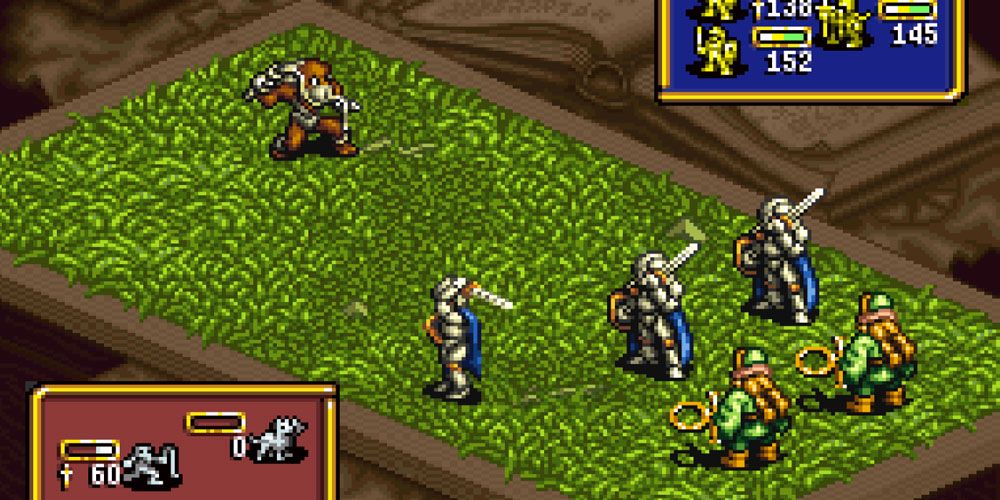 With March Of The Black Queen, we learned one thing about Matsuno for certain: given the name of this game is an amalgamation of two Queen songs, he is clearly a big fan. The combat engine here is focused on how you compose your battalions. You don't have direct control over the troops, so it is necessary that you be mindful of their synergy. Thankfully, you do have some input, as you can relay orders to your troops (telling them who to focus their attention on) and use powerful tarot cards to help turn the tide of battle.

The story here is pretty low-key in comparison to the other Tactical RPGs Matsuno would create. While there are a number of characters, we only get small spats of dialogue involving them. The primary focus is on world-building. Which the game does quite well. The shades of grey style of storytelling that Matsuno would come to be known for is on display here, though it isn't as prominently featured. Ogre Battle: March of the Black Queen is a fantastic, and unique, take on the genre that is still absolutely worth a playthrough. There really aren't many games like it.

3 Tactics Ogre: Let Us Cling Together 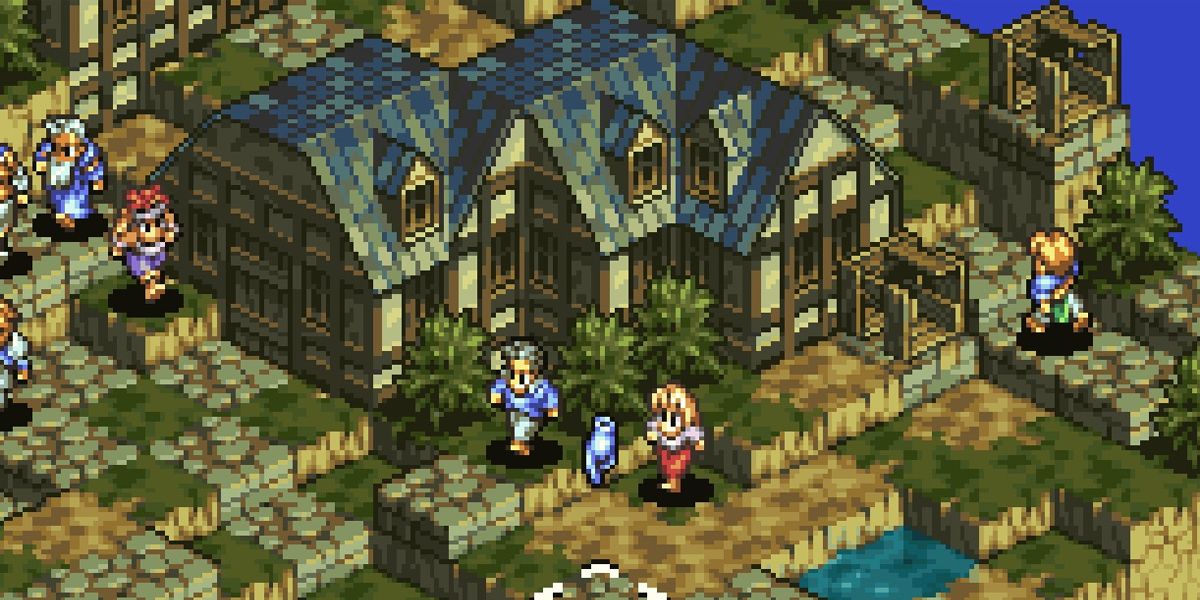 If Final Fantasy Tactics had a brother, that brother would be named Tactics Ogre. The two games share a lot. Both have similarly mature stories. Both feature similar, expressive combat that leans heavily on a fantastically interesting job system.

With the release of Let Us Cling Together, a number of quality of life changes were made as well. Most notably, the player gained the ability to jump around on the timeline, allowing them to play through the separate narrative threads. It is an absolutely spectacular addition to a game with branching pathways. 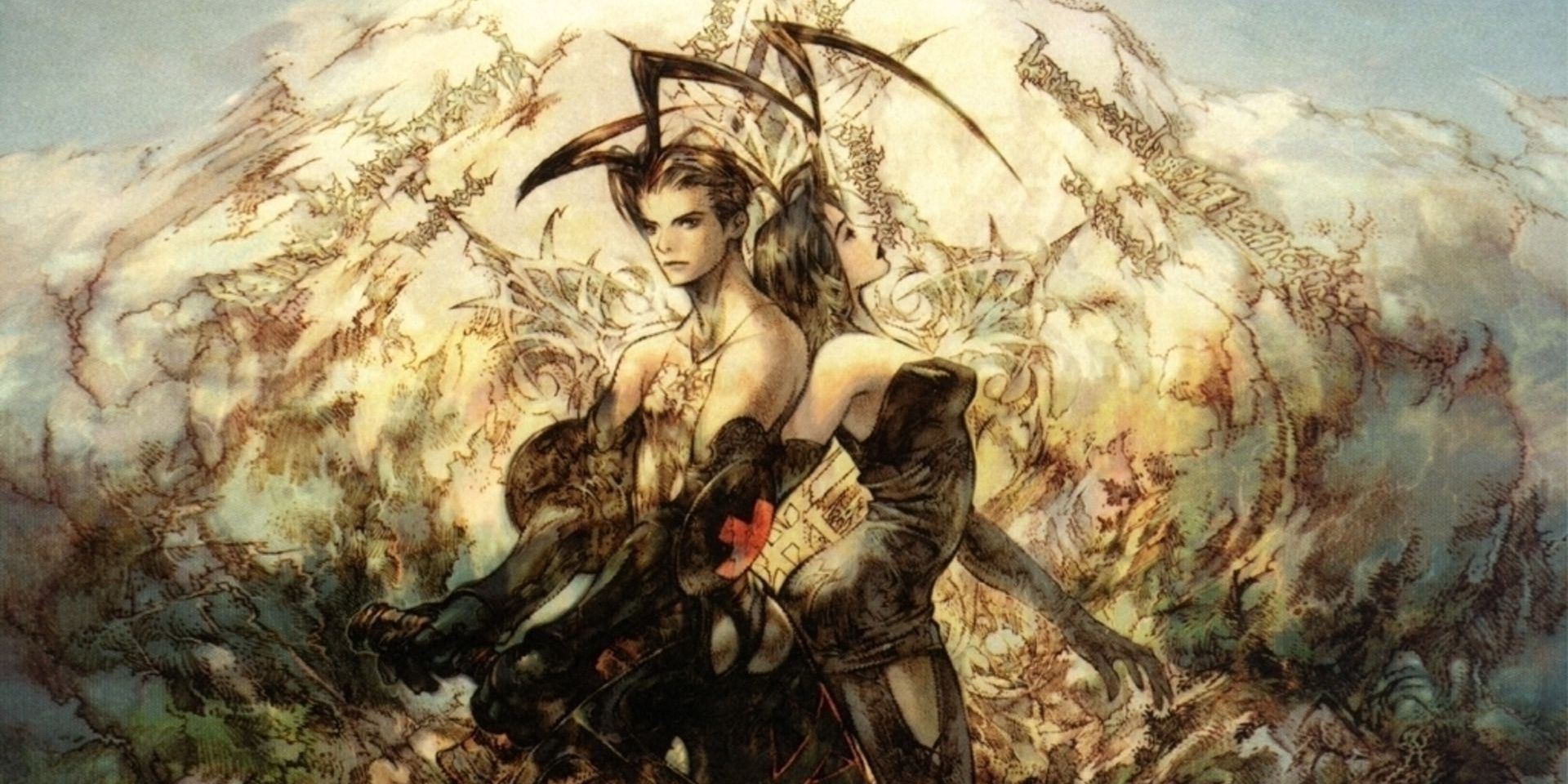 While Vagrant Story does not bear the Final Fantasy name, it is set in the world of Ivalice which means that it is directly tethered to Final Fantasy Tactics as well as Final Fantasy 12. This classic provides a wholly unique approach to combat, one that focuses on hitting limbs and locating the weak parts of different enemies. As is to be expected in a Matsuno-designed game, this is not a battle engine you will see very often.

The story is a tragic one. It's a tale of competing interests, and charismatic villains with opaque motivations, where the story shifts in ways that you wouldn't expect. It is another beautifully told story by Matsuno which is, ultimately, about living with regret and coming to terms with your past (mixed with intrigue, of course). It is also one of the few polygonal PS1 games that is still gorgeous to this day (a feat akin to magic). Ultimately, Vagrant Story is another unmissable masterpiece. 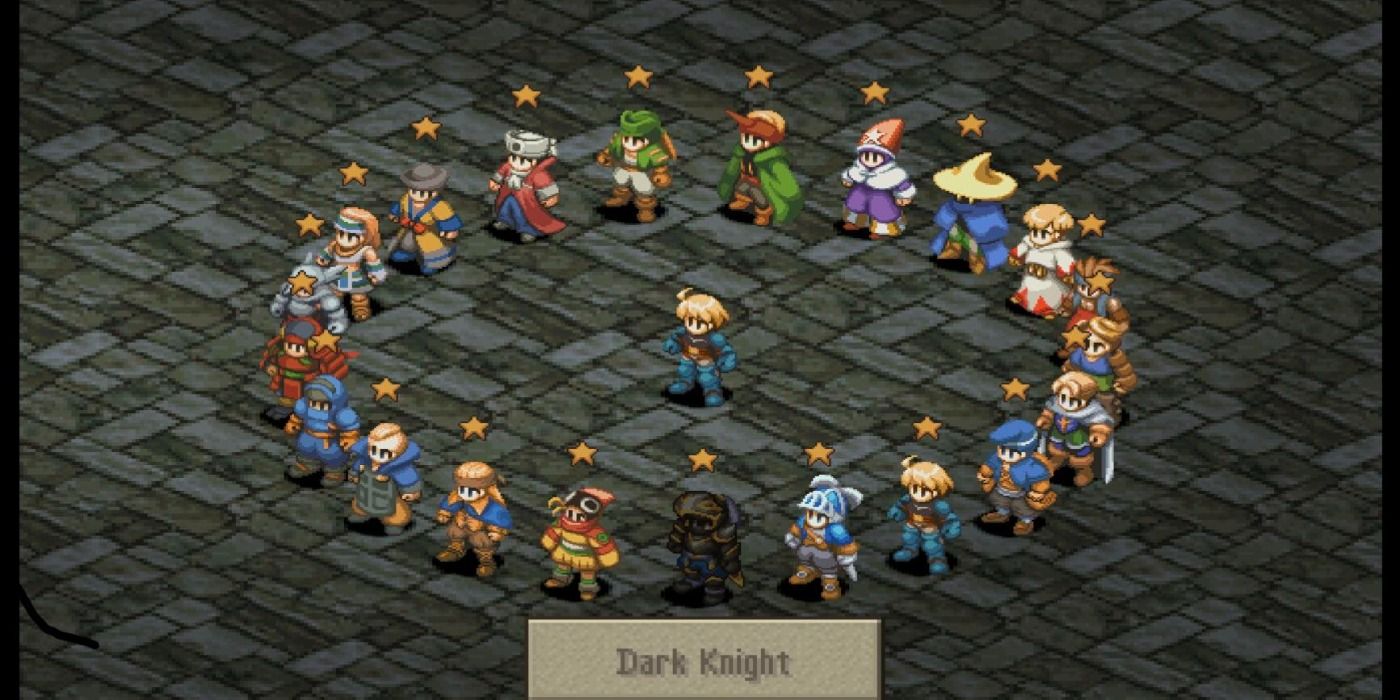 This is the biggie. The one everyone knows and loves. As much as a person may want to mix it up and choose another game for the top position, the truth is, Final Fantasy Tactics may be one of the finest games ever made. The writing here is absolutely on another level. Matsuno doesn't rely on the idea of a "chosen" hero. Instead, Ramza is dragged into the conflict, one that he seemingly wants nothing to do with (as nearly everyone involved seems to be compromised).

The combat itself is incredibly well designed. The job classes all feel viable and you are able to mix and match between them. The gameplay is addictive, the story is captivating, it has iconic characters, and the music is incredible. What can we say, Tactics is the GOAT.