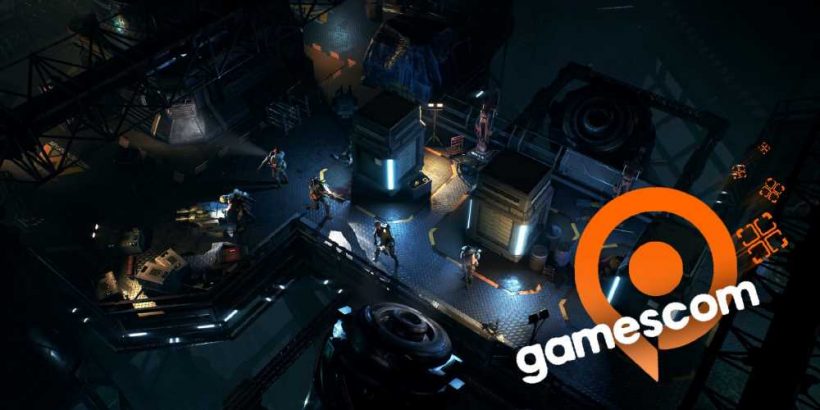 Do the words “XCOM but real-time, not turn-based” fill you with both confusion and dread? They do for me. I don’t understand why you’d remove the turns from a genre that’s entirely built around them, and after seeing Aliens: Dark Descent’s solution at Gamescom, I still don’t understand the decision.

I enjoyed RTS games a lot as a kid and love tactical squad shooters. I’m partial to tower defense games too. I also love fried eggs, chocolate, and tomato soup, but I wouldn’t mix them all together and call it lunch. Dark Descent takes elements from these three genres, and far from creating the perfect organism, looks to have made a chaotic mess.

Dark Descent is based on James Cameron’s Aliens, not Ridley Scott’s original Alien. Expect less horror and more action. You control a squad of marines sent to complete objectives in a large, off-world base overrun with Xenomorphs. Your play area is large, and changes you make to it – like welding doors shut and opening new areas – persist between missions, creating a neat continuity that makes every decision count. 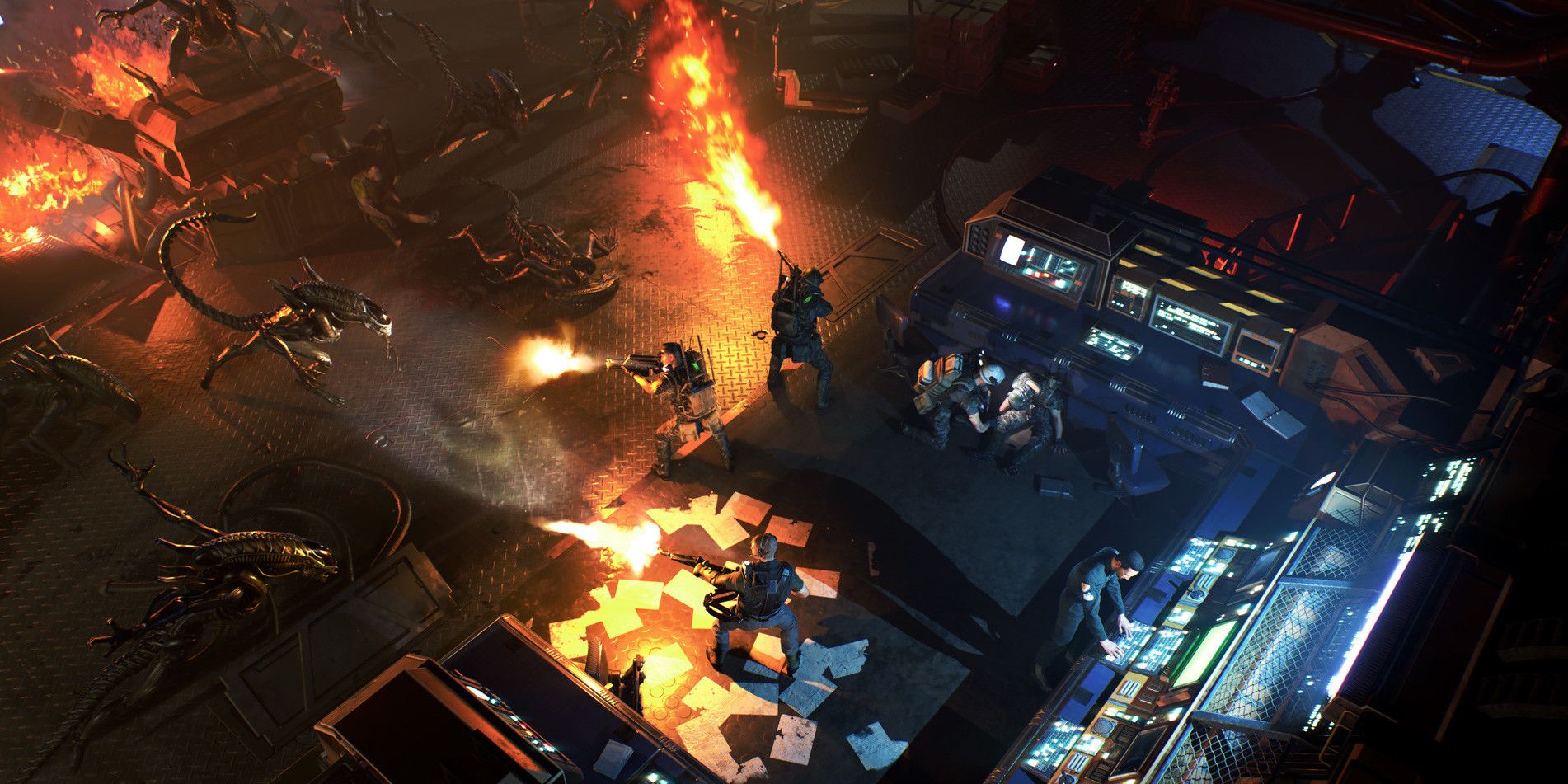 You’ll explore the deployment zone during 30-60 minute missions, where you have to manage your squad’s stress, health, and inventories. Turns out, going up against a swarm of aliens with acidic blood is pretty stressful, and to prevent your soldiers from descending into hysteria, you’ll have to take a time out and create safe zones for them every now and again. It’s an interesting mechanic that will be your only opportunity to catch a breath during the game’s real-time action.

I write real-time action, but take that with a heavy pinch of salt. At any moment you can hit a button to slow time to a crawl. I’ll admit, it looks awesome seeing shotgun shells erupt from barrels and hammer into Xenos with a squelch and spray of acid green, but it does beg the question: why make this real-time at all? Sure, you don’t have to use this all the time, but you will because you’d be stupid not to. If it were managed like the soldiers’ special abilities, a limited resource you could use when things got really tough, I’d love it. But as it stands, it’s an admission of failure. 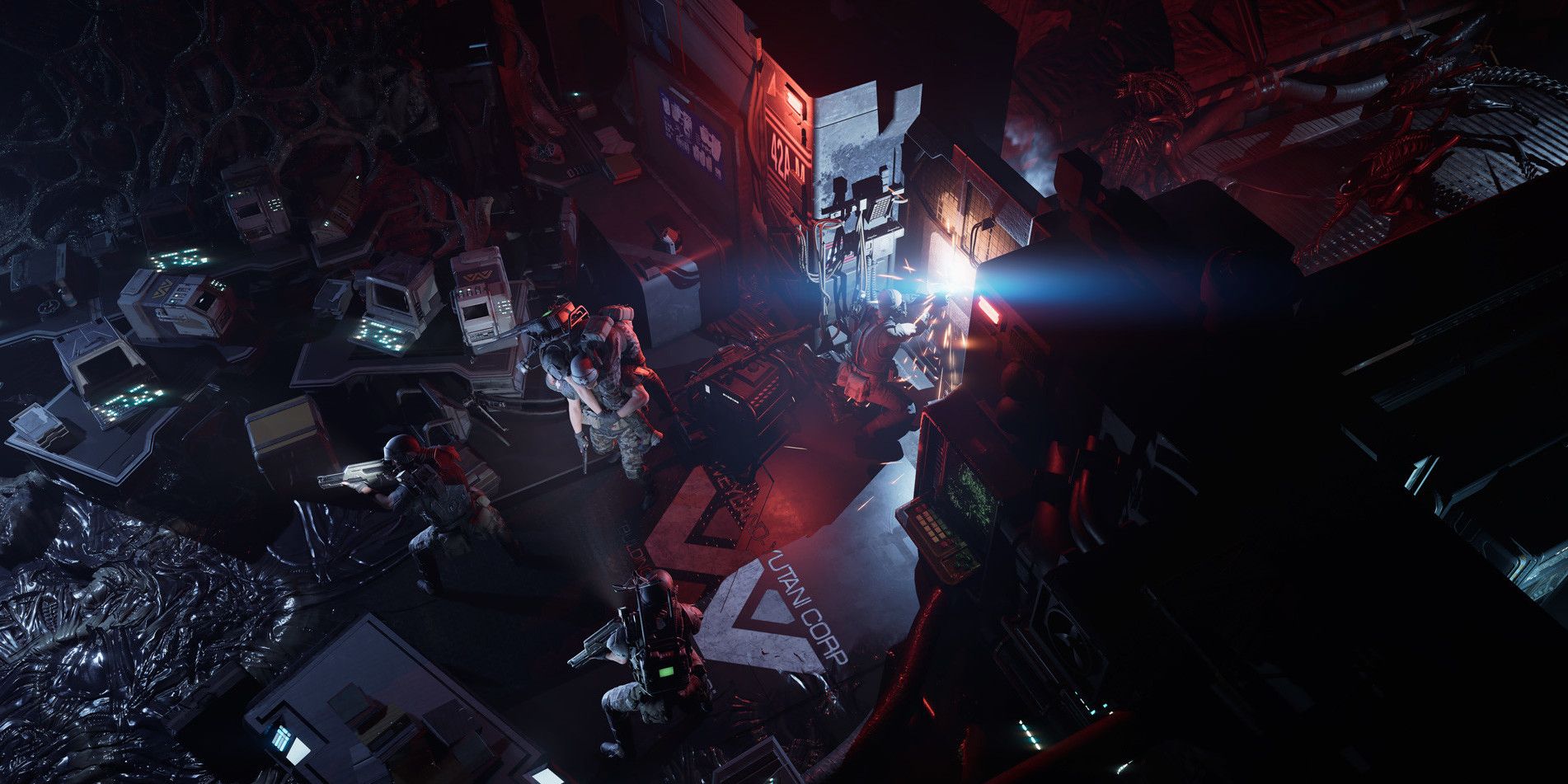 At some point, somebody probably said, “Ah. It’s hard to fend off aliens attacking from four different directions at the same time,” and decided to add the slow down rather than just admitting this game would be better either as an isometric RTS or as an XCOM-style turn-based tactical shooter. The real-time elements add tension and connect you with your squad, making you more twitchy and prone to mistakes, just as their rising stress levels do to them, but by not fully committing to them the devs are admitting they’ve not implemented them properly.

To help you make decisions and give orders quickly, the game automatically sends the best marine for the task you’ve selected. You can micromanage if you want, but generally, it seems designed to help rather than hinder you. This is the kind of feature that keeps the real-time gameplay fluid and easy to manage. You’ll be giving a lot of orders, too, from deploying sentry turrets and motion trackers to guarding squad mates while they complete objectives to running the fuck away from the alien horde. It looks frantic in real-time and cool in slow motion, but I just can’t stop thinking about what it would look like if it were turn-based. 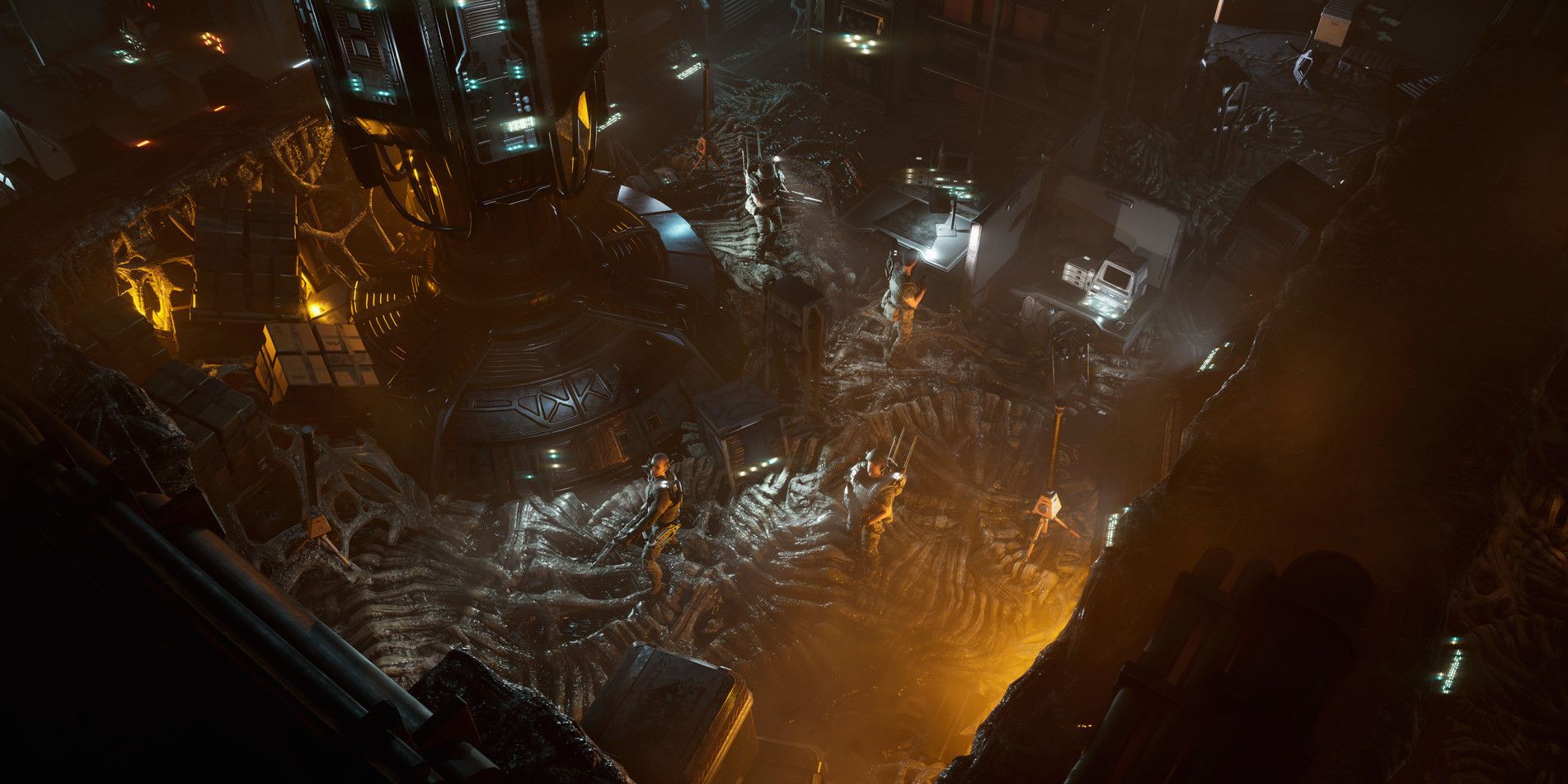 Years of bland Aliens games have left me feeling pretty ambivalent towards Dark Descent. I don’t think it looks like the next Isolation, and I wish it chose to either lean more heavily on its influences, one way or the other. Instead, it looks like another middle of the road Aliens game that will again leave us wondering how people manage to keep screwing up such a rich franchise.