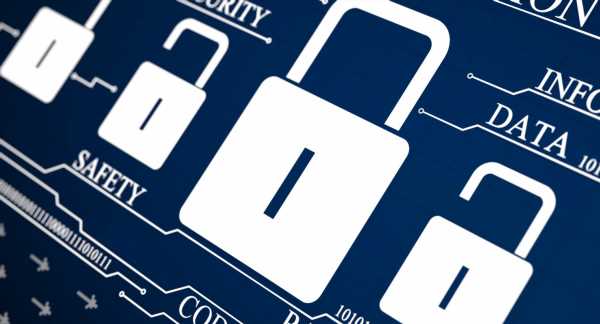 Adversarial machine learning, a technique that attempts to fool models with deceptive data, is a growing threat in the AI and machine learning research community. The most common reason is to cause a malfunction in a machine learning model. An adversarial attack might entail presenting a model with inaccurate or misrepresentative data as it’s training, or introducing maliciously designed data to deceive an already trained model.

As the U.S. National Security Commission on Artificial Intelligence’s 2019 interim report notes, a very small percentage of current AI research goes toward defending AI systems against adversarial efforts. Some systems already used in production could be vulnerable to attack. For example, by placing a few small stickers on the ground, researchers showed that they could cause a self-driving car to move into the opposite lane of traffic. Other studies have shown that making imperceptible changes to an image can trick a medical analysis system into classifying a benign mole as malignant, and that pieces of tape can deceive a computer vision system into wrongly classifying a stop sign as a speed limit sign.

The increasing adoption of AI is likely to correlate with a rise in adversarial attacks. It’s a never-ending arms race, but fortunately, effective approaches exist today to mitigate the worst of the attacks.

Attacks against AI models are often categorized along three primary axes — influence on the classifier, the security violation, and their specificity — and can be further subcategorized as “white box” or “black box.” In white box attacks, the attacker has access to the model’s parameters, while in black box attacks, the attacker has no access to these parameters.

An attack can influence the classifier — i.e., the model — by disrupting the model as it makes predictions, while a security violation involves supplying malicious data that gets classified as legitimate. A targeted attack attempts to allow a specific intrusion or disruption, or alternatively to create general mayhem.

Evasion attacks are the most prevalent type of attack, where data are modified to evade detection or to be classified as legitimate. Evasion doesn’t involve influence over the data used to train a model, but it is comparable to the way spammers and hackers obfuscate the content of spam emails and malware. An example of evasion is image-based spam in which spam content is embedded within an attached image to evade analysis by anti-spam models. Another example is spoofing attacks against AI-powered biometric verification systems..

Poisoning, another attack type, is “adversarial contamination” of data. Machine learning systems are often retrained using data collected while they’re in operation, and an attacker can poison this data by injecting malicious samples that subsequently disrupt the retraining process. An adversary might input data during the training phase that’s falsely labeled as harmless when it’s actually malicious. For example, large language models like OpenAI’s GPT-3 can reveal sensitive, private information when fed certain words and phrases, research has shown.

Meanwhile, model stealing, also called model extraction, involves an adversary probing a “black box” machine learning system in order to either reconstruct the model or extract the data that it was trained on. This can cause issues when either the training data or the model itself is sensitive and confidential. For example, model stealing could be used to extract a proprietary stock-trading model, which the adversary could then use for their own financial gain.

Attacks in the wild

Plenty of examples of adversarial attacks have been documented to date. One showed it’s possible to 3D-print a toy turtle with a texture that causes Google’s object detection AI to classify it as a rifle, regardless of the angle from which the turtle is photographed. In another attack, a machine-tweaked image of a dog was shown to look like a cat to both computers and humans. So-called “adversarial patterns” on glasses or clothing have been designed to deceive facial recognition systems and license plate readers. And researchers have created adversarial audio inputs to disguise commands to intelligent assistants in benign-sounding audio.

In a paper published in April, researchers from Google and the University of California at Berkeley demonstrated that even the best forensic classifiers — AI systems trained to distinguish between real and synthetic content — are susceptible to adversarial attacks. It’s a troubling, if not necessarily new, development for organizations attempting to productize fake media detectors, particularly considering the meteoric rise in deepfake content online.

One of the most infamous recent examples is Microsoft’s Tay, a Twitter chatbot programmed to learn to participate in conversation through interactions with other users. While Microsoft’s intention was that Tay would engage in “casual and playful conversation,” internet trolls noticed the system had insufficient filters and began feeding Tay profane and offensive tweets. The more these users engaged, the more offensive Tay’s tweets became, forcing Microsoft to shut the bot down just 16 hours after its launch.

One way to test machine learning models for robustness is with what’s called a trojan attack, which involves modifying a model to respond to input triggers that cause it to infer an incorrect response. In an attempt to make these tests more repeatable and scalable, researchers at Johns Hopkins University developed a framework dubbed TrojAI, a set of tools that generate triggered data sets and associated models with trojans. They say that it’ll enable researchers to understand the effects of various data set configurations on the generated “trojaned” models and help to comprehensively test new trojan detection methods to harden models.

The Johns Hopkins team is far from the only one tackling the challenge of adversarial attacks in machine learning. In February, Google researchers released a paper describing a framework that either detects attacks or pressures the attackers to produce images that resemble the target class of images. Baidu, Microsoft, IBM, and Salesforce offer toolboxes — Advbox, Counterfit, Adversarial Robustness Toolbox, and Robustness Gym — for generating adversarial examples that can fool models in frameworks like MxNet, Keras, Facebook’s PyTorch and Caffe2, Google’s TensorFlow, and Baidu’s PaddlePaddle. And MIT’s Computer Science and Artificial Intelligence Laboratory recently released a tool called TextFooler that generates adversarial text to strengthen natural language models.

The future might bring outside-the-box approaches, including several inspired by neuroscience. For example, researchers at MIT and MIT-IBM Watson AI Lab have found that directly mapping the features of the mammalian visual cortex onto deep neural networks creates AI systems that are more robust to adversarial attacks. While adversarial AI is likely to become a never-ending arms race, these sorts of solutions instill hope that attackers won’t always have the upper hand — and that biological intelligence still has a lot of untapped potential.