Aclima has raised $40 million to measure global pollution on a block-by-block level and use that data to combat climate change.

The funding may be one of the largest ever for a tech company cofounded and run by a woman of color. Aclima also announced that it is now a Public Benefit Corporation, meaning its charter is to serve the public rather than maximize profits for shareholders.

“It’s really a critical moment in the conversation and the need for climate action,” CEO Davida Herzl said in an interview with VentureBeat. “There’s a lot of demand and need for the kind of measurement and analysis that we provide. And so the funding will extend our capabilities to support existing and new customers and grow with new customers that are working to reduce emissions and protect public health.” 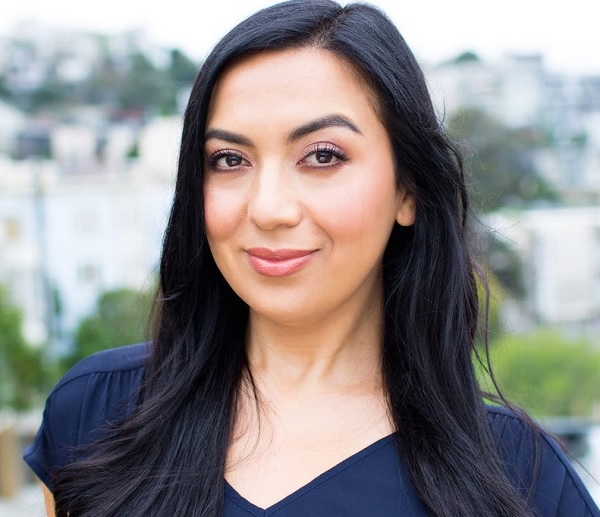 Above: Davida Herzl is CEO of Aclima.

The company’s technology has come to the fore this year as it measures the accelerating crises of climate change, public health, and environmental injustice. During the pandemic, for instance, it measured how much the skies temporarily cleared in San Diego and how pollution was still concentrated around poorer neighborhoods in the city.

Aclima measures pollution on a “hyperlocal” level for governments, communities, and enterprises in an effort to help reduce emissions, Herzl said. To further this goal, the company works with partners around the world, including Google StreetView. Aclima puts sensors on the StreetView electric cars as they drive around cities to gain a block-level view of pollution.

“This model enables us to very quickly reach a lot of people and a lot of cities with an approach that is fairly low-friction in comparison with other approaches,” Hertzl said.

During the recent wildfires that blanketed the Bay Area with harmful air, Aclima was able to detect the pattern of pollution and figure out just how much harm the smoke posed to the public. Regulators also use Aclima to supplement government data about pollution hot spots and sources. 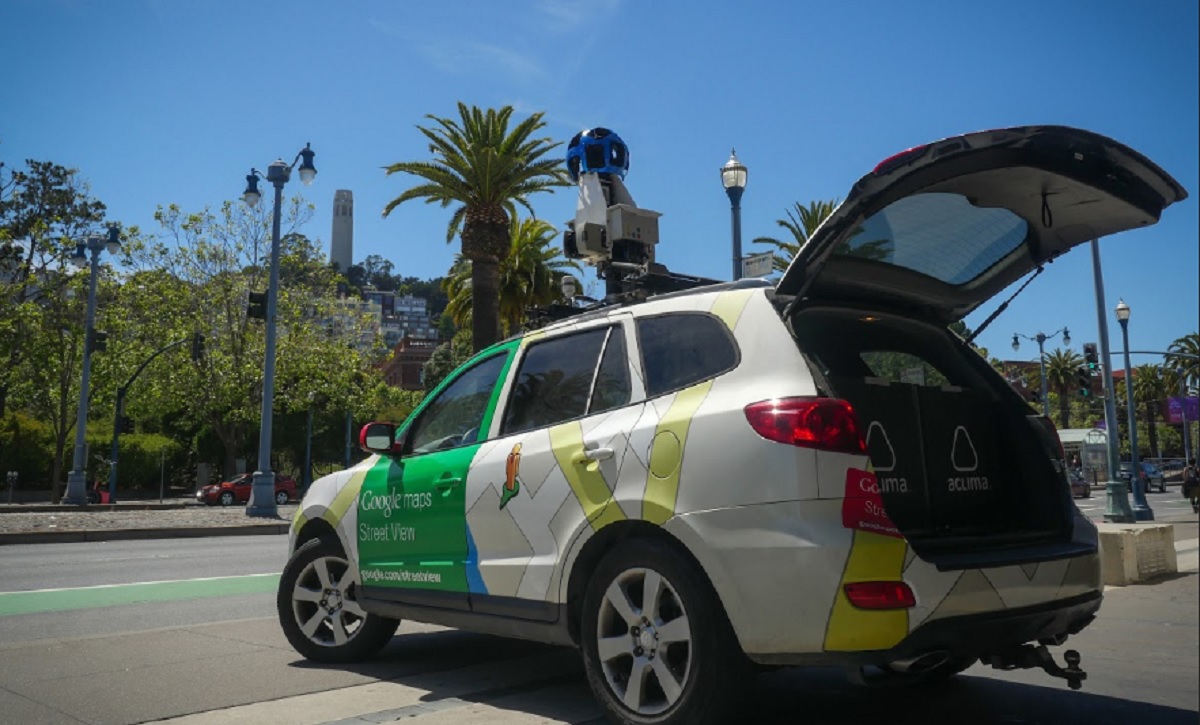 Herzl said she saw the connection between air quality during the fires and COVID-19.

“A lot of studies that have come out this year with the pandemic [show] that people that have been exposed to higher levels of air pollution during their lifetime have a higher risk of death from COVID-19,” she said. “And when you think about the wildfires and the amount of pollution that they produced, you can see how it’s not just a short-term risk. The wildfires can be horrifically impactful. It made us all viscerally aware of the dangers.” 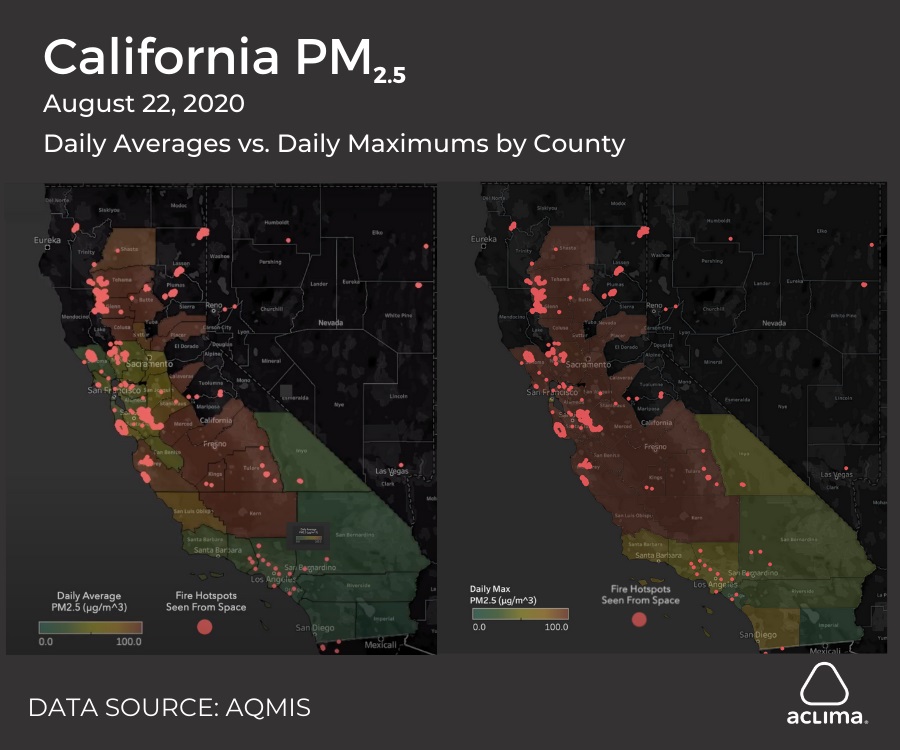 The company offers customers the Aclima Pro cloud-based data visualization and analytics software. But it also launched a free, bilingual public app that makes air pollution insights accessible and searchable by address, an effort that is being piloted by environmental justice communities. This app helps the company serve its role as a Public Benefit Corporation, Herzl said.

Herzl said she grew up hearing stories about Silicon Valley founders from companies like Fairchild Semiconductor who felt a responsibility to use technology to solve hard problems for society.

“I came to Silicon Valley 10 years ago because I was inspired, and part of my childhood was sort of listening to stories of Fairchild Semiconductor,” she said. “We are addressing some of the incredibly important challenges that we are facing as a society, and our data is important for everything from climate change to public health to air pollution and environmental justice.” 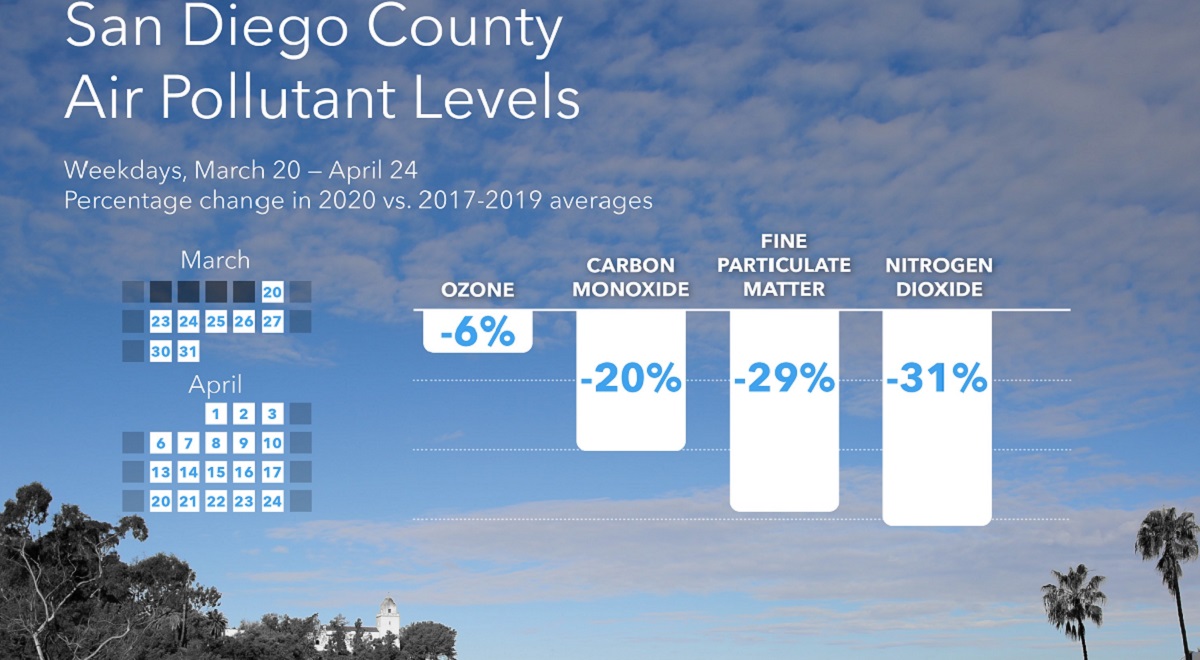 Above: Aclima’s data shows how much San Diego’s air has cleared.

Aclima is currently mapping air quality in North America from New York to California, including all nine counties in the Bay Area and California environmental justice communities served by Assembly Bill 617. With partners, Aclima is also mapping cities in Europe, Latin America, Asia, and North Africa. Aclima sensing technology has measured air pollution and greenhouse gases block by block in more than 150 cities in 14 countries.

New investors for this round, which was led by Clearvision Ventures, include Splunk, GingerBread Capital, KTB Network, ACVC Partners, and the Womens VC Fund II. They join existing shareholders such as Social Capital, Rethink Impact, Kapor Capital, and the Schmidt Family Foundation.

The funding will be used to expand solutions for government, business, and community customers working to advance clean air, public health, and environmental justice.

Aclima has more than 100 employees and has raised $64 million to date. 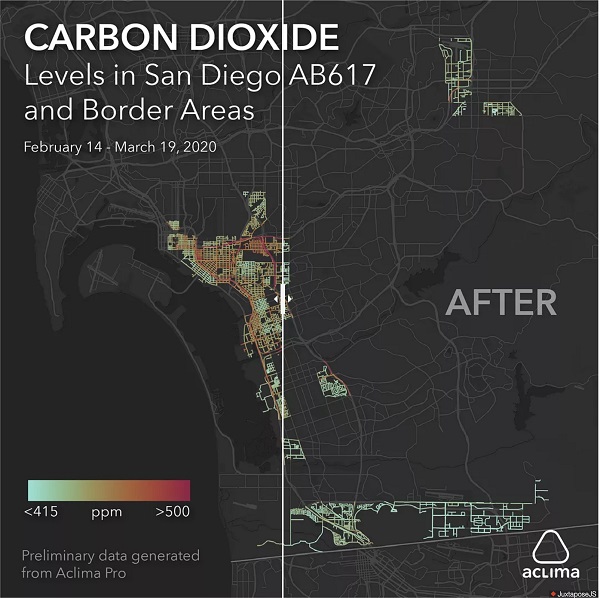 Above: Carbon dioxide pollution fell in San Diego during the lockdown.

Herzl said the company managed to thrive during the Trump administration, which hasn’t been known for its environmental agenda, and made headway on local, state, and federal levels.

“What we’re seeing and hearing from the President-elect, Joe Biden is committed to emissions reductions to increase our resilience,” she said. “There will be big, bold investments to recharge the economy while also reducing climate risk, which is good for everybody. It’s good for business, it’s good for communities, good for public health.”