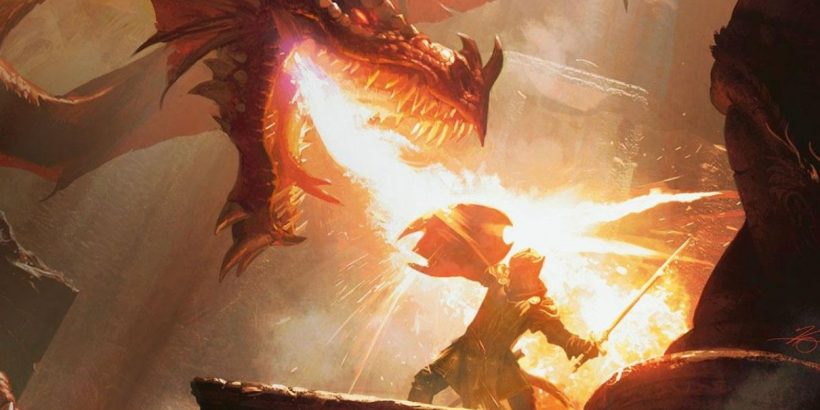 A new Dungeon Master has hit the scene, and much of D&D Twitter is taking notes on his sage advice. He might be four years old, but don’t let that stop you from reading what he has to say.

Being a DM for Dungeons & Dragons can be a complex art with lots to keep track of. Even veterans will clash with players on interpretations of the rules, or fall prey to common storytelling snafus. It pays to keep an eye on what other DMs are doing and trade techniques. It also helps to be open-minded – even a newbie might surprise you with their wisdom. To that end, a D&D rapper by the handle Redwyrm asked his four-year-old son (Redwyrmling) what advice he would give to both players and DMs.

The kid responded with a list full of short-but-sweet nuggets. For players, he suggests playing a wizard and using Burning Hands. He also reminds them that roleplay doesn’t have to get too immersive – you don’t need to keep track of when your character has to use the bathroom. In advice his dad might not be too fond of, Redwyrmling suggests that players bring blocks to the table “in case you get bored with what the dungeon master is saying.”

Fortunately, he has a solution for DMs that find their game is getting boring. In such a case, Redwyrmling recommends adding some excitement by having everyone run a race. Secret doors are another solution, as they are just plain fun. Of course, one can avoid boring sessions altogether with this fundamental suggestion: “Make sure you make good adventures.”

Many comments and quote tweets took the advice to heart, with many DMs promising to brush up on funny voices, wear hats, and avoid gelatinous cubes (they stop people from breathing and so aren’t fun). The response was so great that Redwyrmling laid out another list of wise words.

Redwyrmling might just have a future as a professional Dungeon Master or content creator. Despite the silly nature of the premise, there is legitimately good advice about D&D fundamentals. DMs can always use a reminder to cut back on the drama and just let the players have fun. Players are also well served by the advice to let the DM know what they want to do before rolling dice. At its heart, D&D is a game about telling exciting stories and letting loose as a team. Redwyrmling’s lessons are a testament to that universal ideal.