The UT Grand Prix (UTGP) is an annual design competition where each year, a different theme is chosen, such as Pixar, Marvel, or Star Wars. The theme this year was Pokémon, and 18,000 contestants from all around the world submitted their T-shirt designs, a new record for the UTGP. The winner, Li Wen Pei with his totem design of Gyrados and Magikarp, will see his design in-game with the upcoming titles Pokémon Sword and Shield. 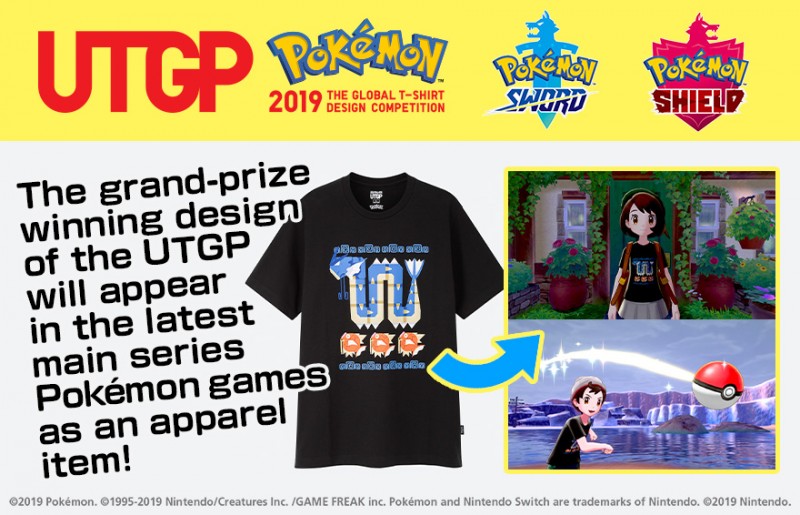 This also seems to suggest that clothing customization options will return for Sword and Shield, although it was a safe assumption that they would. The T-shirt seems to be edited onto the Pokémon trainers as they appeared in the initial reveal trailer, so unfortunately no new screenshots or details of the games appeared.

Among the judges for the contest were Tsunekazu Ishihara, the president and CEO of The Pokémon Company, and Ken Sugimori, the managing director of Game Freak.

“There were so many good T-shirt designs, and the submissions came from over 40 countries!” they said in the judges’ comments. “We are so impressed with how you express your design mindset and techniques using the world of Pokémon as your inspiration.”

Pokémon Sword and Shield are scheduled to release sometime in late 2019 on Nintendo Switch. For more on the upcoming games, check out 15 things you may have missed from the initial trailer.