Fire Emblem: Three Houses launches tomorrow and we like it a whole lot. However, this is not the first time we have been enamored with the franchise. Fire Emblem has been around for nearly 30 years, and despite it being a favorite among critics and gaining a dedicated following, it would be a stretch to call it a mainstream franchise. The niche strategy/RPG also didn’t have a smooth path to North America. If our review of Three Houses has your interest piqued, but you’re not familiar with the franchise, here’s a short history of how the series came to exist and eventually gain popularity. 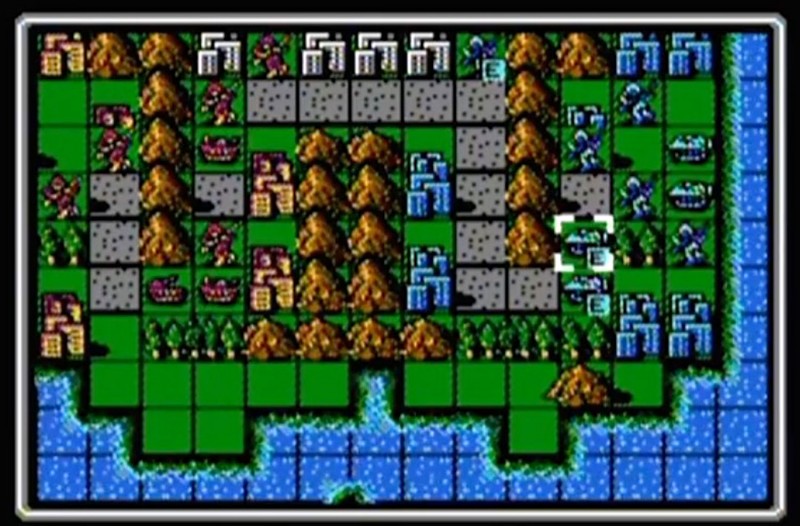 Prior to the first Fire Emblem releasing in Japan, developer Intelligent Systems experimented with simulation and strategy via its Famicom Wars series (which would later be called Advance Wars when the series finally came to North America in 2001), which debuted in 1988. Famicom Wars tasked players with managing combat between the Red Star and Blue Moon armies. In an Iwata Asks interview about Fire Emblem: Shadow Dragon, a DS remake of the series’ first entry, producer Toru Narihiro said the studio enjoyed playing with the simulation angle of Famicom Wars, but were interested in allowing players to “see and enjoy a world from an RPG perspective.” 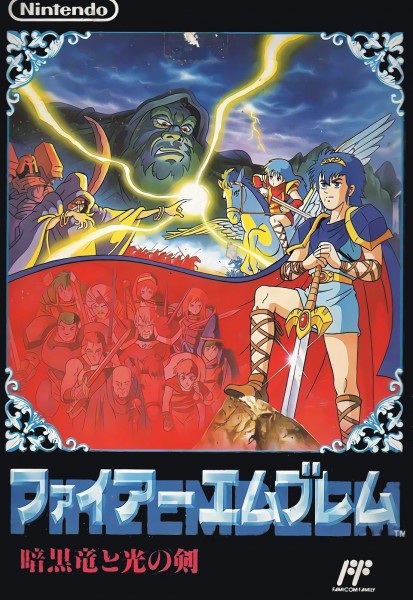 The first Fire Emblem, subtitled Shadow Dragon and the Blade of Light, released on Famicom exclusively in Japan in 1990 and was generally disliked by critics who said the game was too complicated and the art was bad. Despite that reputation, general audiences liked it, and word-of-mouth eventually lead it to positive sales. “When the NES version of Fire Emblem first went on sale, almost nothing was sold in the first two months,” Narihiro said in the Iwata Asks interview. “At that time, people looked at the screen but only a few felt any interest. However, the game slowly spread by word of mouth and after a few months it began selling well.” Various sequels were created for Famicom, Super Famicom, and Game Boy Advance, but none of them made their way to North America. It seemed Nintendo had little faith in Western audiences taking to the series.

In 2001, Super Smash Bros. Melee hit GameCube, and among its hugely expanded roster were two fighters North American players likely did not recognize: Fire Emblem’s Marth and Roy. Despite being unknowns (compared to the rest of Smash Bros. cast), players took to the new fighters. Their presence in the game, along with Advance Wars finally getting a North American release and receiving great acclaim, seemed to give Nintendo the confidence it needed to bring the series stateside. 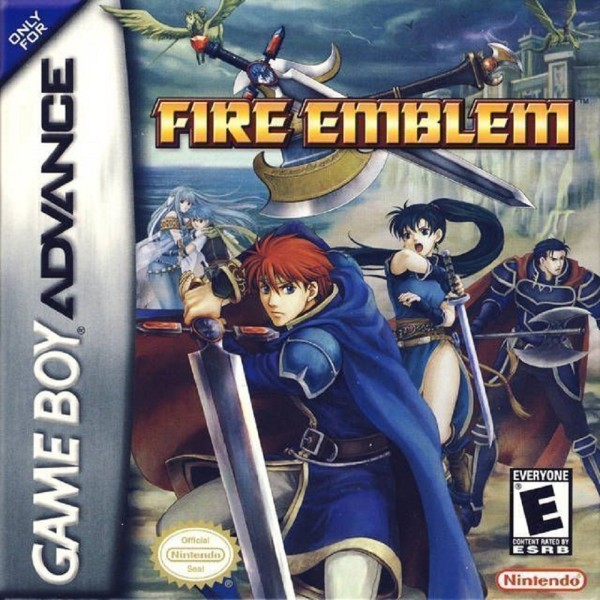 Fire Emblem, as it was titled in North America, released for Game Boy Advance in 2003. It is the seventh entry in the Fire Emblem series, but it was the first one to receive an English localization for North America. That game performed well enough to inspire a handful of sequels with The Sacred Stones on Game Boy Advance, Path of Radiance for GameCube, Radiant Dawn for Wii, and Shadow Dragon for the DS, the latter of which is a remake of the original game.

Despite the consistency of releases and positive reception, the series was not a huge hit, and it meant there was a lot riding on Fire Emblem Awakening, the series’ 3DS debut. In an Iwata Asks interview about the franchise, Nintendo producer Hitoshi Yamagami said, “[Nintendo licensing division and marketing division general manager Shinji Hatano] said ‘The Emblem series isn’t making the numbers, so this is going to be the last one.’ And the members [of the team] said, ‘This is going to be the last one, so let’s put in everything we want so we don’t have any regrets.’” With so much on the line, early pitches for Awakening mixed things up – going so far as to abandon the Medieval setting in favor of a modern one and potentially taking place on Mars. 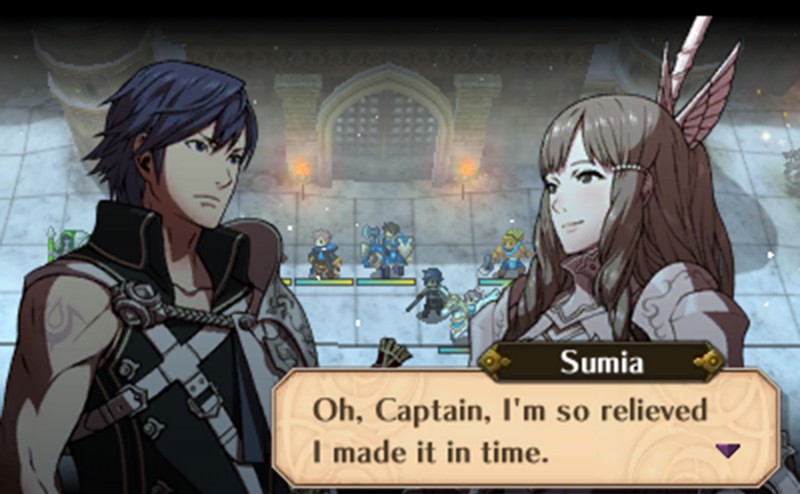 In the end, Intelligent System obviously moved away from those early ideas, but still managed to reinvent the franchise in an interesting way, including making permadeath optional, which had been a series staple up to that point. “I was totally against it from the start,” Genki Yokota from the software planning & production department says in the Iwata Asks interview, “But after coming to work on it, I thought Casual Mode was great!”

From the start of development, Awakening was meant to be more welcoming and inclusive to newcomers, and the gamble paid off. Awakening was a big commercial and critical success in both Japan and North America, effectively ensuring the series would continue, which it did in the form of Fire Emblem Fates and Fire Emblem Echoes: Shadows of Valentia, a remake of the never-released-in-America Fire Emblem Gaiden for Famicom.

Flash forward to the latest entry, Fire Emblem: Three Houses is not the first Fire Emblem to release on home console (that’s where the series started, after all), but it does represent another shift as the latest entry changes up the combat system and makes you a teacher in charge of a collection of students for the first time. If the early critical reception is any indication of its success, it looks like the franchise won’t be going away any time soon. 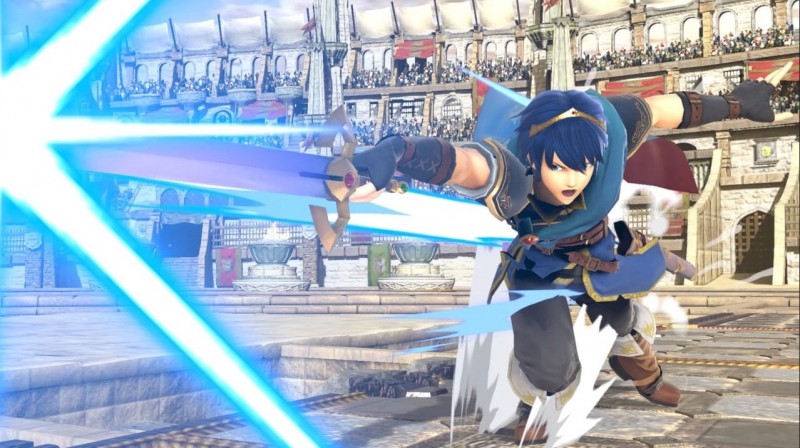 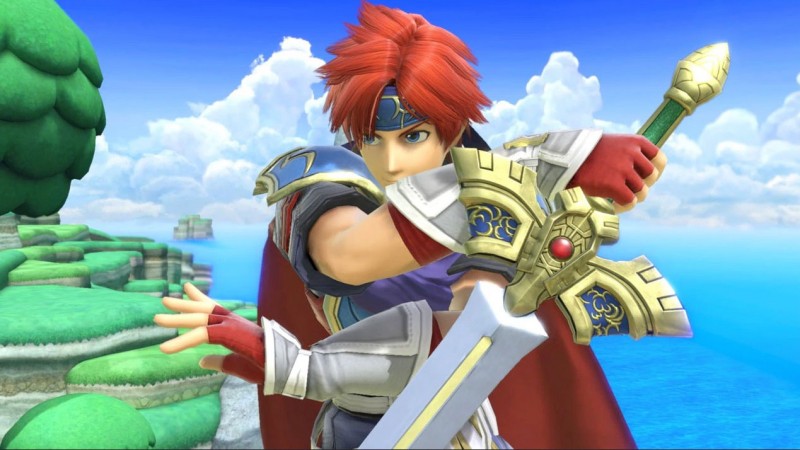