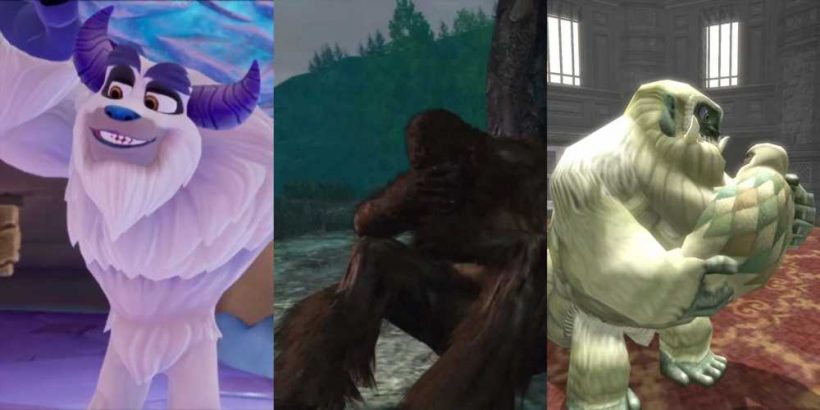 The world is full of mysterious, inexplicable creatures, and few are as mysterious and inexplicable as the mythical Sasquatch. This creature has appeared in blurry, photographic evidence all over the world, going by many different monikers like 'Bigfoot' and 'Yeti.' Is it the missing evolutionary link between man and ape, or just a large-bodied gentleman in an unseasonal fur coat? No one can say.

Whether or not Sasquatches actually exist is another conversation, but such a bizarre creature naturally makes for great video game creature fodder. This is why Sasquatches, Yetis, Bigfoots, and other similar creatures have been popping up in games for ages, some just as mysterious as their namesake, others not so much.

While exploring the icy side of Hailfire Peaks in Banjo-Tooie, the bear and bird duo come upon a convenient pair of Claw Clamber Boots they could use to easily scale the mountain. Unfortunately, these boots are in the possession of Biggafoot, a nasty Yeti who delivers a swift kick to anyone who dares approach his precious (and likely ill-fitting) footwear.

Neither Banjo nor Kazooie can defeat Biggafoot on their own, but they don't have to. While they explore the mountain, the dragon Chilly Willy is constantly pelting them with ice balls from on high. All they have to do is stand near Biggafoot when an ice ball falls, and it'll land right on his giant foot, sending him running for a bandage. 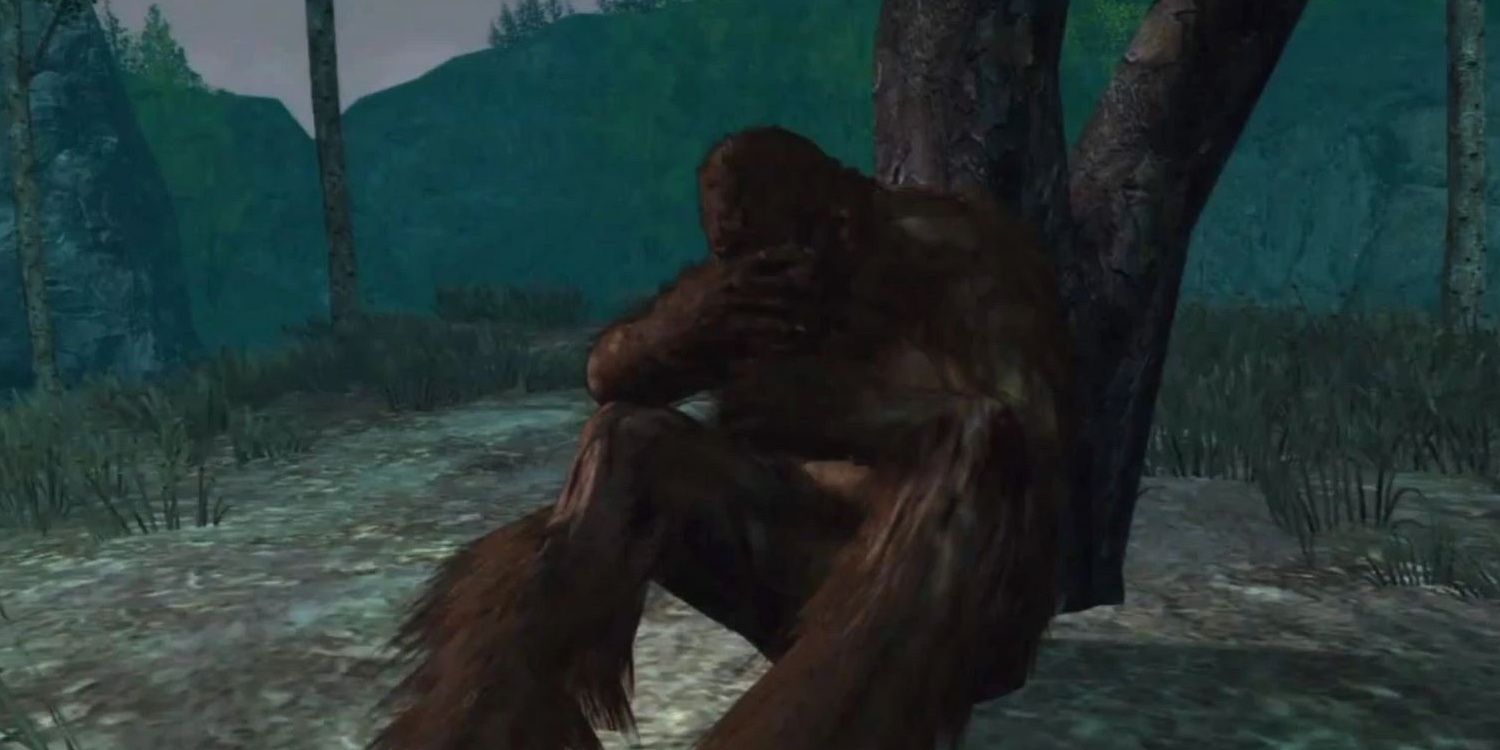 In Red Dead Redemption's Undead Nightmare expansion, one of the side missions you receive tasks you with hunting the Sasquatches lurking around the Tall Trees region. Though large, these timid creatures will immediately run in fear whenever you approach, necessitating a tactical hunt.

After you kill all but one of the Sasquatches, you find the final one crying to himself beneath a tree. When approached, he reveals that he and his brethren had been living peacefully in the forest, eating completely vegetarian diets, before a crazed gunman killed all of them. Forlorn, the Sasquatch will ask you to kill him, though the choice is ultimately up to you.

6/8 Yeto And Yeta – The Legend Of Zelda: Twilight Princess 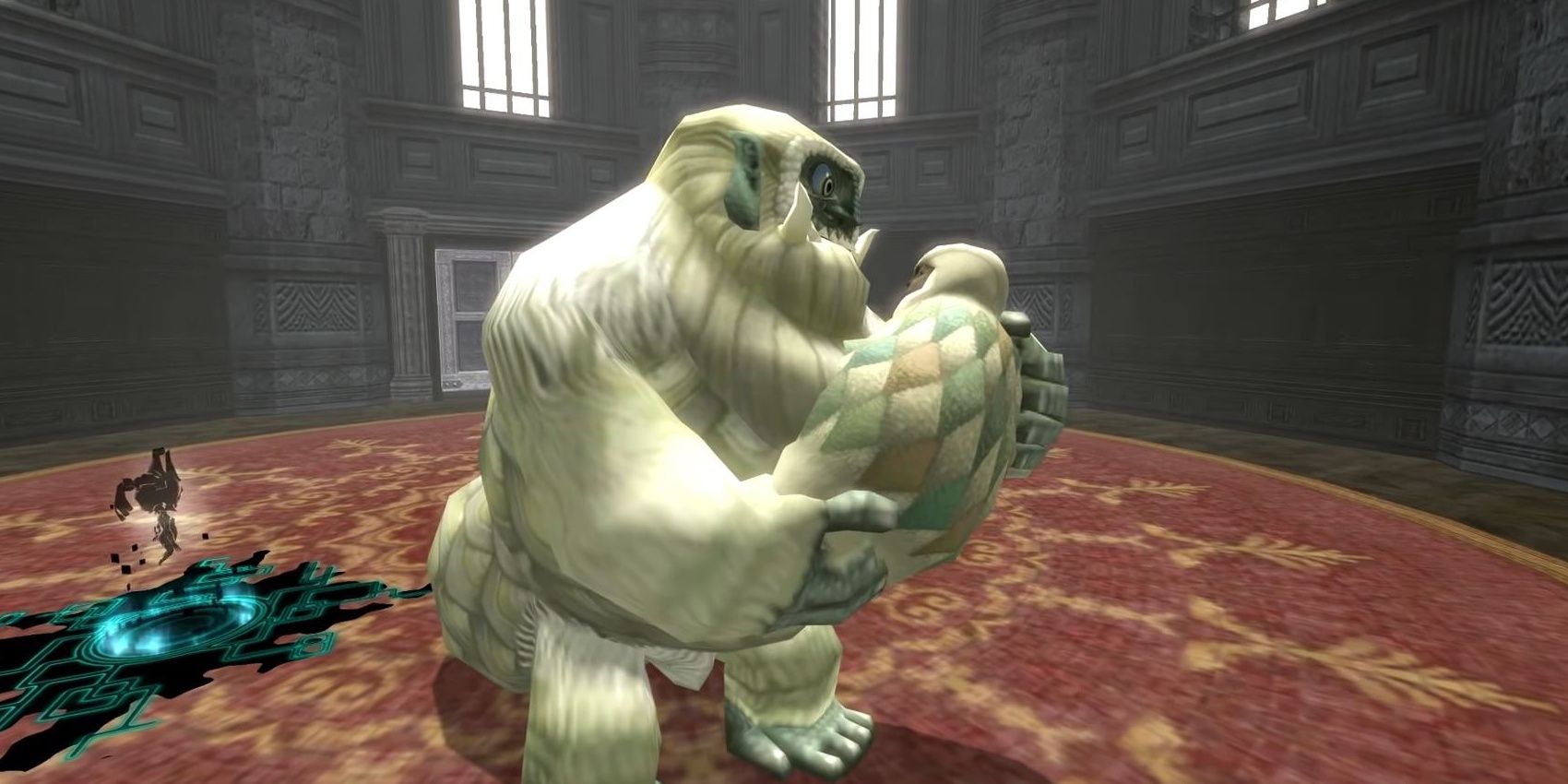 No one travels much around Hyrule's Snowpeak region in The Legend of Zelda: Twilight Princess for the obvious reason: it's a gigantic, perpetually snowing mountain that can kill you in dozens of unpleasant ways. This lack of people has made for a pleasantly private home for the local Yeti couple, Yeto and Yeta.

Dwelling in a derelict mansion on the mountaintop, Yeto travels around the region in search of healthy ingredients to make soup for his ailing wife, as well as helping out any wayward travelers that get lost in the snow. They're actually very pleasant people, at least until Yeta gets possessed by the magic of a Mirror of Twilight shard, but that's hardly her fault.

5/8 Bentley The Yeti – Spyro: Year Of The Dragon 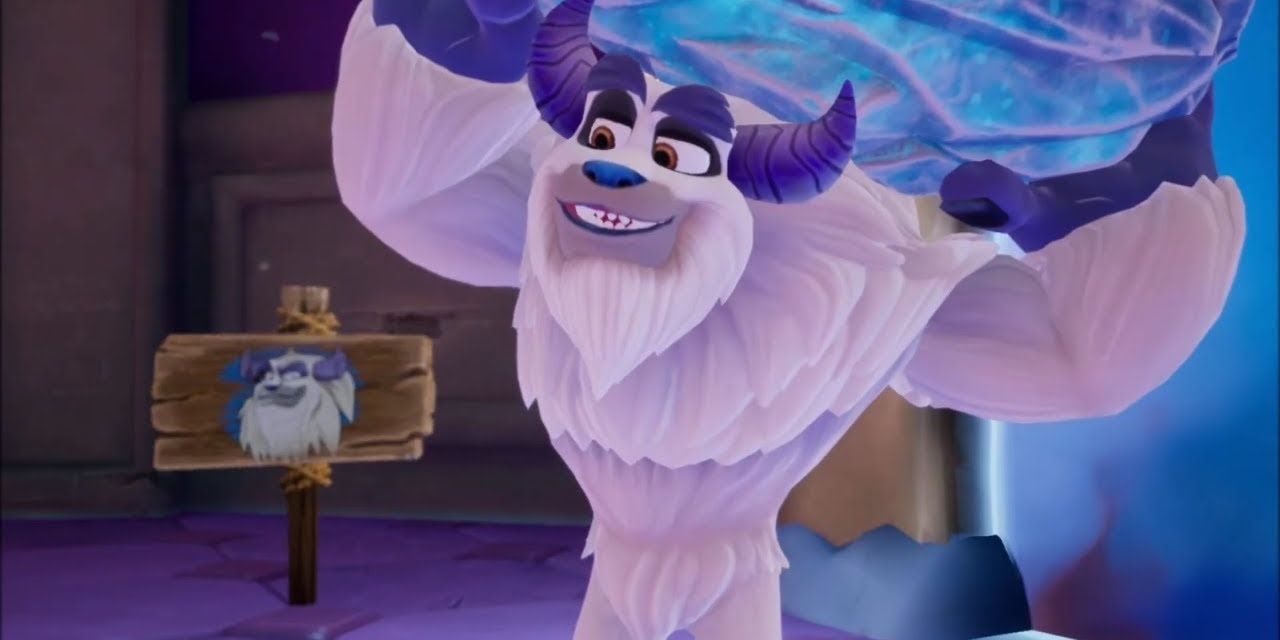 When the Sorceress took control of the Forgotten Realms with her magic, any creatures that dared to stand up to her were captured by her Rhynoc minions, imprisoned, and placed under Moneybags' questionable supervision. One of those creatures was Bentley, a Yeti from the Frozen Altars, who is set free with a monetary donation from Spyro.

Despite his imposing stature and massive ice club, Bentley is actually a very intelligent and eloquent gentleman, often peppering his speech with complex, multi-syllabic words. Of course, he's no slouch in the muscle department either, swinging his club with such force that he can shake stalactites from cave ceilings. He's also known to engage in the gentleman's sport of boxing on occasion.

4/8 Bruno The Bigfoot – Sam And Max Hit The Road 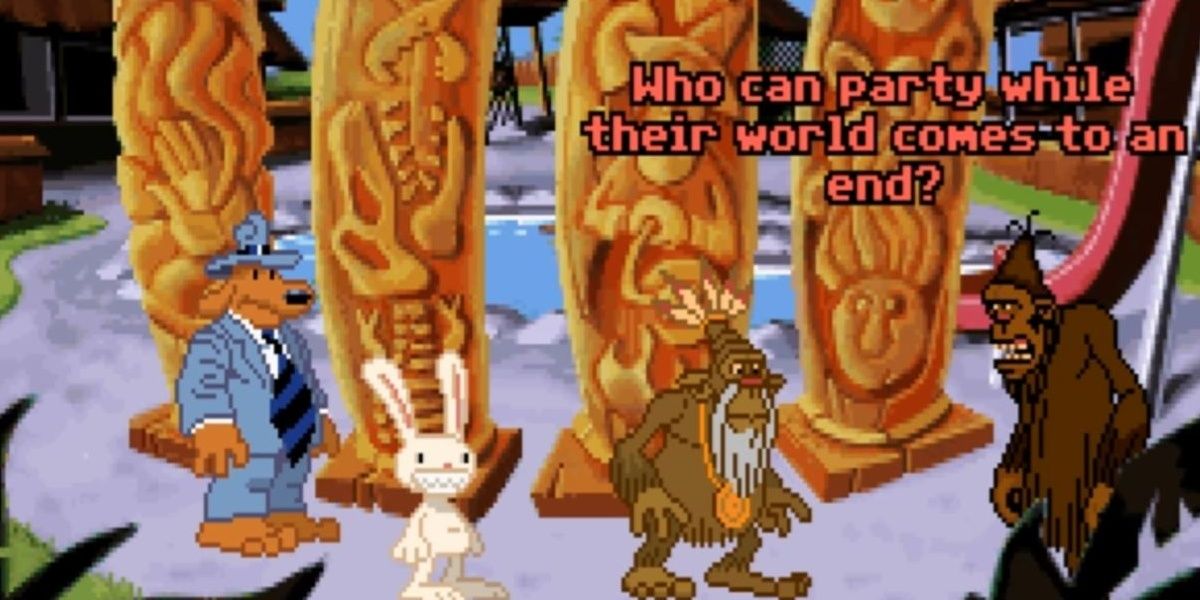 At the Commissioner's behest, Sam and Max are deployed to the Kushman Brothers' carnival to investigate the disappearance of their freak show centerpiece: Bruno, the frozen Bigfoot. Unbeknownst to the Kushmans, Bruno had been set free by another of their performers, Trixie, the giraffe-necked girl from Scranton. Their primary goal was to elope, but they had to make a stop first.

Sam and Max ultimately catch up with Bruno at a Bigfoot convention, where their chieftain discusses the decline and impending extinction. Bruno is the only one who really cares about this and does his best to aid Sam and Max as they attempt to solve the mystery of the Bigfoots' ancient totems. 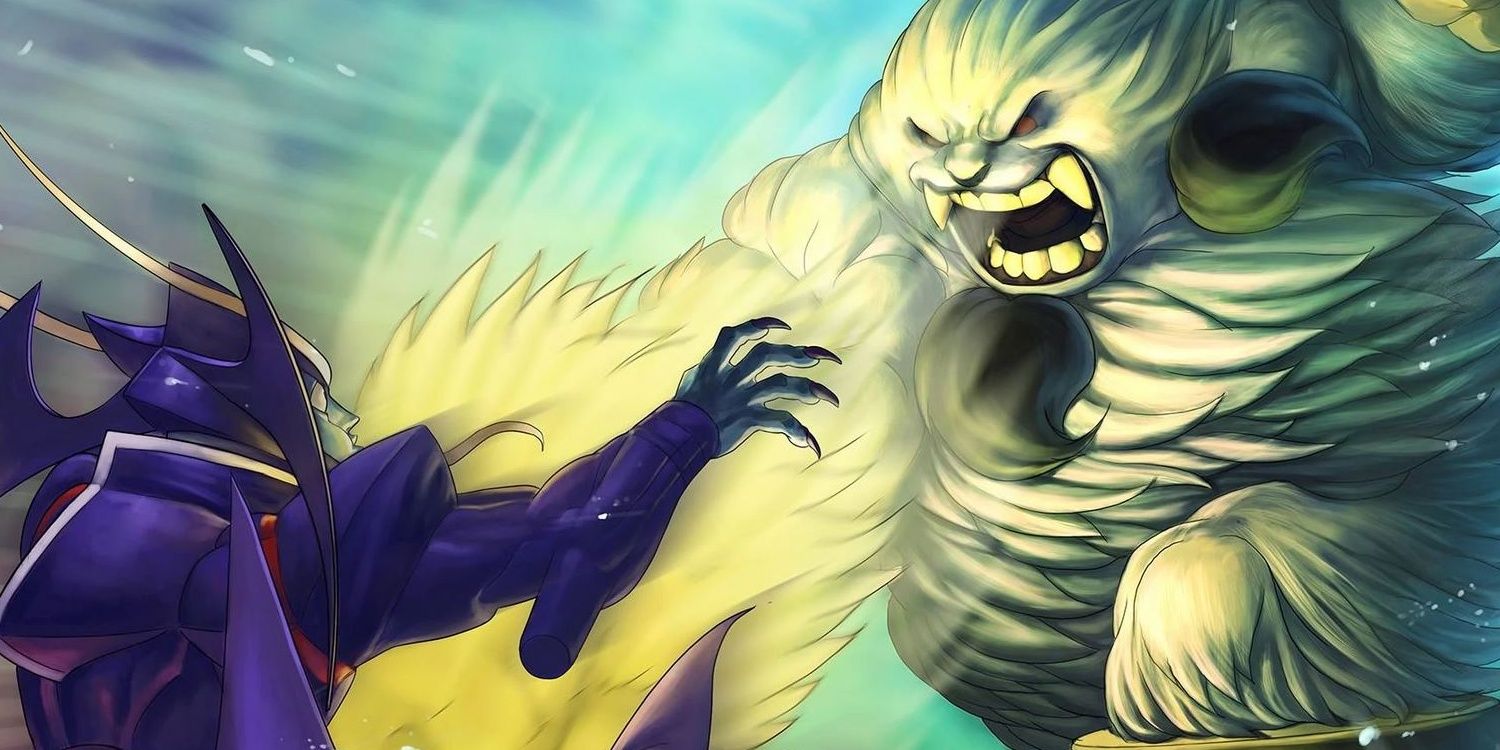 Deep in the mountainous regions of Canada, there lives a tribe of hairy, snow-dwelling creatures called Bigfoots. While their massive size and fanged maws are intimidating, they're a good-natured bunch with a love of fresh fruit, especially bananas. They don't interact with humanity much for practical purposes, but when the alien Pyron returns to Earth, they know something must be done.

The tribe sends Sasquatch, their most decorated member, to investigate and defeat Pyron. Sasquatch is a noble warrior, wielding his mighty fists in the name of both his people's safety and the preservation of the world at large. He never picks fights on his own, only fighting in self-defense or the defense of the helpless.

2/8 The Yeti – Castlevania: Order of Ecclesia 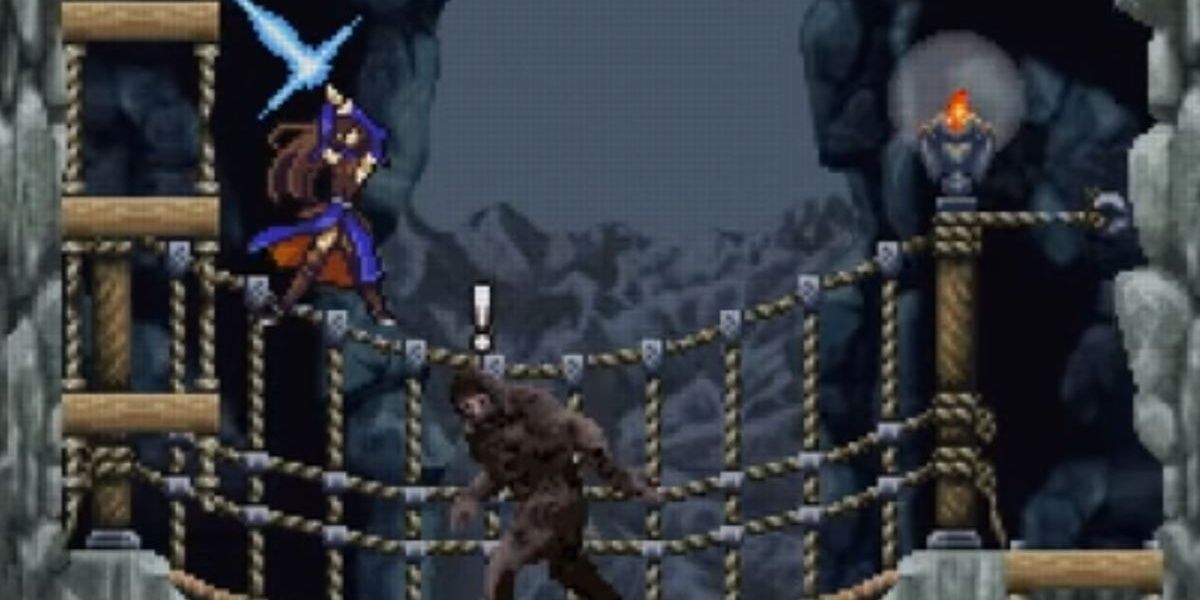 In Castlevania: Order of Ecclesia, one of the villagers Shanoa meets in Wygol Village is Marcel, a distant descendant of the Belmont clan and a researcher of the supernatural. His current study is about the mysterious Yeti dwelling in the Tymeo Mountains, but the region is too dangerous for a normal person. Instead, he provides Shanoa with a camera and asks her to snap a picture of the beast should she encounter it.

Sure enough, if you venture through the Tymeo Mountains, there's a chance you may spot the Yeti on a lone wooden bridge. This is the only place in the entire game where the Yeti can show up, and if he spots you, he'll immediately escape into the background, so you need to ambush him to get the picture for Marcel. 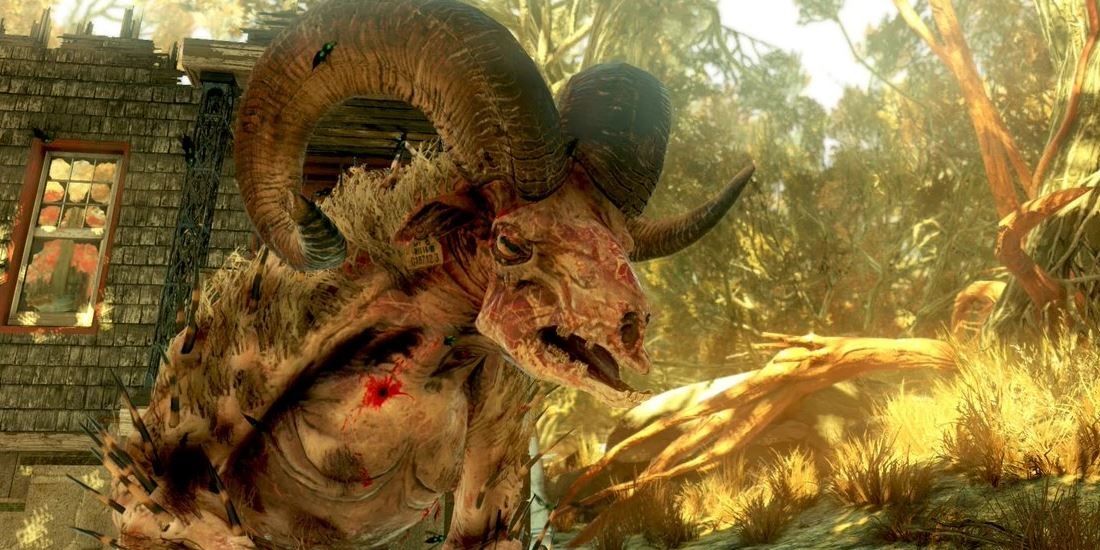 While the Fallout world is absolutely lousy with strange, borderline supernatural creatures, the majority of them are simply the result of radiation exposure and natural or deliberate mutation. However, there is a race of creatures that may have been around long before the bombs fell, only dragged into the open by the changes in nature and topography. The Sheepsquatches are one of those creatures.

Hulking, bipedal beasts with the horned heads of a ram, it isn't clear whether these creatures existed before or after the Great War, but either way, they're a genuine threat to those who travel through the Appalachian mountains. Only a select few have encountered Sheepsquatches and lived to talk about it.