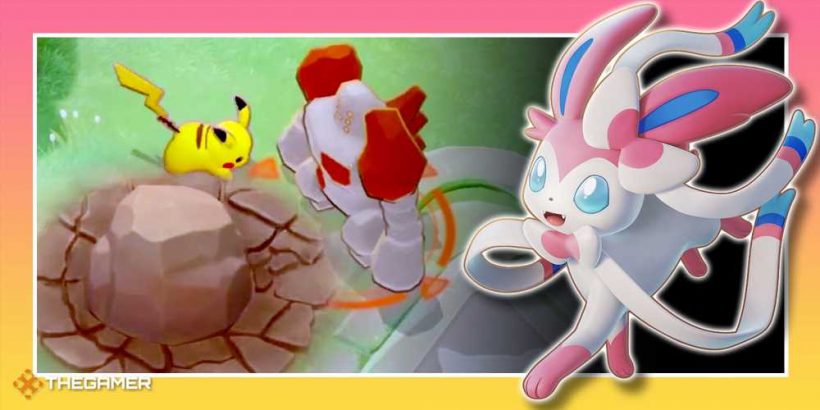 Pokemon Unite has a unique place among MOBA games. Its accessibility on multiple systems, combined with the breadth of its targeted audience, has created a truly unique and dedicated player base. As the game has grown, so has the number of players, especially after the move from Remoat Stadium to the Theia sky ruins.

With that comes a fresh batch of faces, ready to make the same mistakes as the veteran players before them. Understanding the nuances of leveling and team strategy may seem straightforward, but the ability to falter in battle proves otherwise. While most learn these lessons the hard way, there are a few simple ways to avoid such disappointment.

8/8 Knowing When To Farm And When To Share XP

Unite is a game that rewards players for grinding. In an ideal game, there’s always something in front of you that you can knock out for XP. It’s pretty common for players to set up an ambush by hiding in the bushes or waiting on objectives, but if there’s a chance to level up, you should take it.

Having said that, your teammates need XP too. If you take all the Bunnelby on the way in and leave nothing for your partner, it could severely impact your early game success. You should aim to be at level five when the first batch of Swablu spawns, and occasionally that will mean letting your partner take the last hit.

7/8 Only Playing One Pokemon Or Role

Most players have a main, but if you only have one, then it can be easy to run into issues, especially in a solo queue. You could be the best Cinderace player in the world, but if you’re forced to lane with a bad partner, then you will struggle. It may be intimidating to try new characters, but sampling a variety of roles can be incredibly beneficial. Even if you don’t end up ever using that Pokemon again, the information gained can be critical for the next time you see it on the field.

6/8 Using A Unite Move Too Early

One of the easiest mistakes to make in Unite is using your most powerful weapon too early in the fight. While the reasons for activating a Unite move may vary from Pokemon to Pokemon, the one place they are always needed is in the Rayquaza pit.

If you activate your Unite move after the three-minute mark but before Rayquaza, you won’t have it for the most critical team fight. It can be tempting for defending teams to use a Unite move when cornered, but saving it could be the difference between winning and losing.

Held items are vital in Pokemon Unite, and having the wrong ones can really hinder your chances for success. A Focus Sash or a Score Shield can very well be the difference between a good player and a bad player using the same Pokemon. If you’re playing with a variety of Pokemon, it’s important to have multiple held items maxed out at level 30 and a healthy combination of offensive held items and defensive options. There are plenty of resources online that discuss best-held item combos for each Pokemon, and it can be rewarding for players who invest the time to upgrade and select the right ones.

4/8 Pushing Without Anything To Push

It can be hard to resist advancing on enemy goals, but it’s not always ideal. If you have less than ten points, you shouldn’t be pushing unless you have enough to break it or are stacking held item buffs. Pushing for goals too early can quickly put you out of position, and in the early game, positioning is critical. Sometimes it’s OK to risk a KO for a big score, but players need to think about what they’re carrying when they push. It’s much better to sit on your base with ten points or less than to jeopardize your partner or give unnecessary XP to your opponent.

3/8 Starting Rayquaza At The Wrong Time

Controlling the Rayquaza pit can make or break a game, and it’s incredibly important to have a plan going in. It’s easy for players to get caught up in the momentum of a match, start Rayquaza too early, and lose to a last-minute steal. Conversely, if your team is behind, managing the time left on the clock can be critical in the last moments of play. It’s nearly impossible to take down Rayquaza and score with less than 30 seconds left.

In these scenarios, it’s better to abandon the team fight and take your chances with Rayquaza than to wait for an opportunity that may never come. Whether you are leading or trailing behind, it’s critical to engage Rayquaza at the right time.

2/8 Breaking The Tier One Goal Too Early

You would think that breaking goals would never be a bad thing, but it’s a pretty common mistake for players to take down the tier one goals too early. While the main point of the game is to score points, once the tier one towers have fallen, Indeedee will spawn on the opposing player’s side. These Indeedee grant tons of XP and are meant to allow players to catch up quickly. If you knock out the first goal before the eigth-minute mark, your opponents can take advantage of this and out-level you by the time the first objective comes up.

The transition to the Theia Sky Ruins has had a drastic impact on the game. Previously, Drednaw was the most important objective, granting shields and a huge chunk of XP to the side that takes it down. On the new map, the priority has shifted. With the introduction of Regieleki, the top path now has an objective that should be prioritized.

The best teams can rotate their entire team for these objectives, keeping an eye on the clock and pivoting toward the top lane around the eight-minute mark. Many new players tend to go after whatever objective is near them and, in doing so, split the team. This allows the opposing side to converge and take whichever objective they want, and that’s never a good thing.