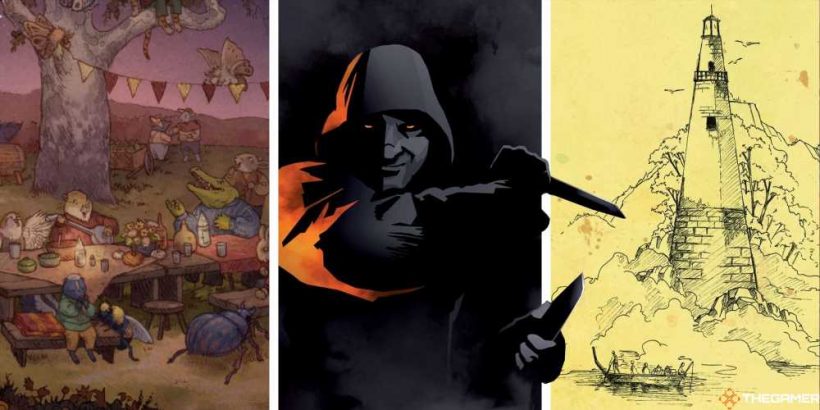 Whether you're a newcomer to tabletop RPGs, a casual player, or a longtime fanatic; you're sure to have seen your fair share of battles play out. While crunching numbers and taking down baddies is always a blast, you might find yourself craving a more laid-back experience. With pacifist routes becoming more common in the digital space, you wouldn't be alone in your search for a tabletop experience that shares a similar set of values with the pacifist greats of video gaming.

As it turns out, tabletop designers have been working on bringing combat-agnostic gameplay to gamers, and there's no shortage of excellent options for you and your dungeoneering party to explore. Whether you want to chill out, explore (or create) new worlds, or pull off the perfect heist, you're sure to find an un unforgettable experience waiting for you among these titles.

6 The Quiet Year: Creative Worldbuilding With Your Friends 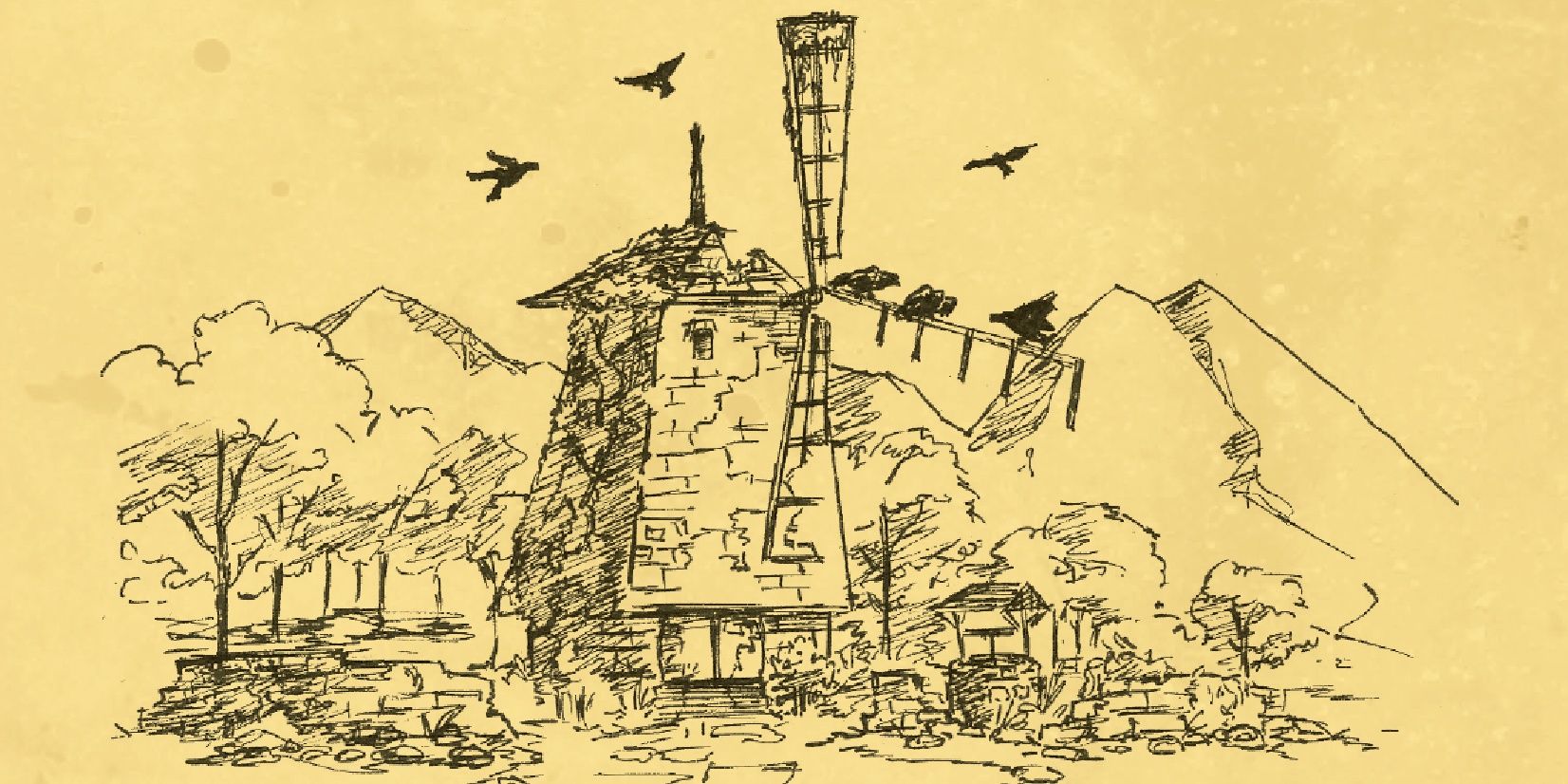 The premise of The Quiet Year is simple: you play as a community that has just escaped a faction known as The Jackals, and you have one year to construct a settlement before something called "The Frost Shepherd" arrives. What the Jackals and Frost Shepherds are is completely up to you. As is every other aspect of your setting, as you and your friends take turns adding new pieces to a hand-drawn map in the center of the table, playing out community meetings, and watching your unique story develop through a series of drawn cards.

While you can easily play this game virtually, it really shines in person as the physicality of the game's paper map lends to the sense of immersion that builds over the course of the session. With sessions only lasting a few hours, this is a great way to spend an evening gathered around the coffee table with like-minded RPG fans.

5 Wanderhome: A Far-Flung Adventure Without The Conflict 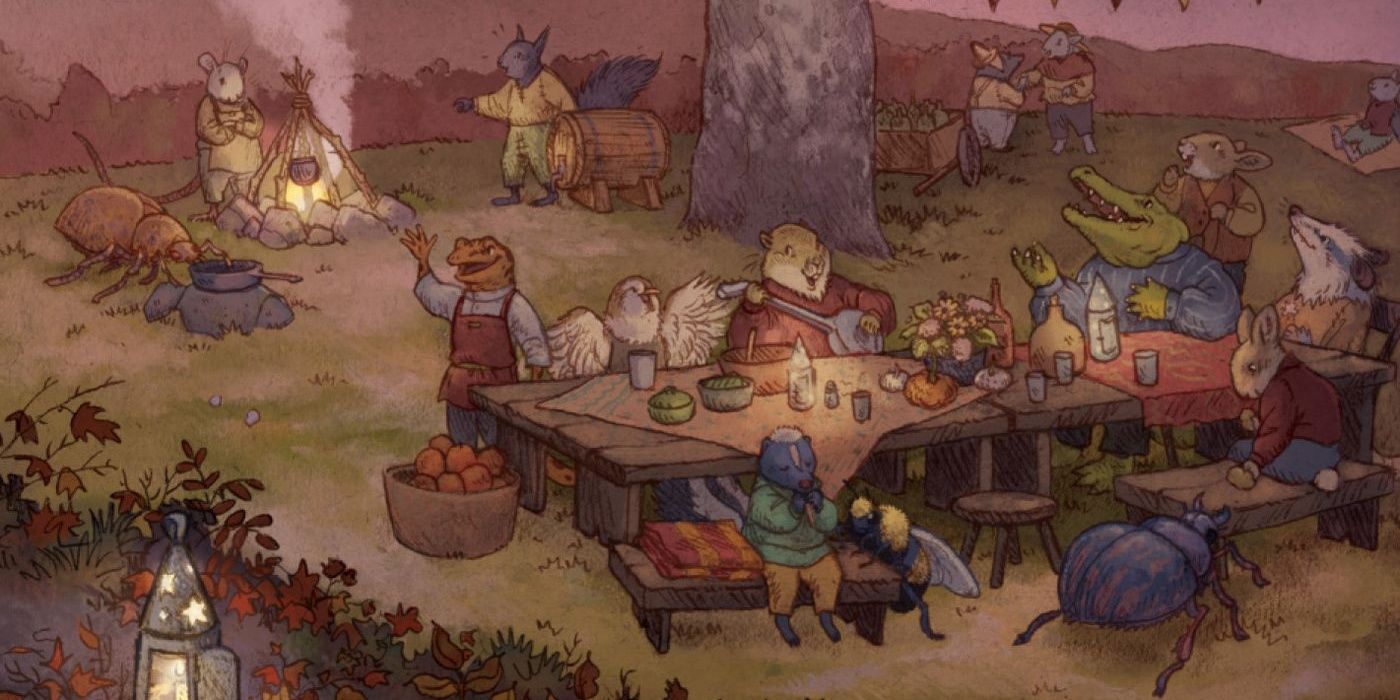 This beautifully illustrated RPG will see you form a party of animal adventurers in a miniaturized world where giant beetles pull wagons and villagers live in relative peace all year round. The game is GM (Game Manager) agnostic, meaning that you can choose whether to have a designated Game Master, or instead have each player share the narrative load, taking turns describing the settings and NPCs you encounter on your journey.

The game emphasizes telling personal, character-driven stories instead of grand, sweeping narratives. Instead of battle, you'll instead find yourself grappling with your character's backstory as the party moves from place to place. This game can be played in one sitting or stretched out over a series of sessions, and is very newcomer friendly – the perfect thing to get your friends into the genre.

4 ECH0: A Reflection On History, Life, And Death With Mechs 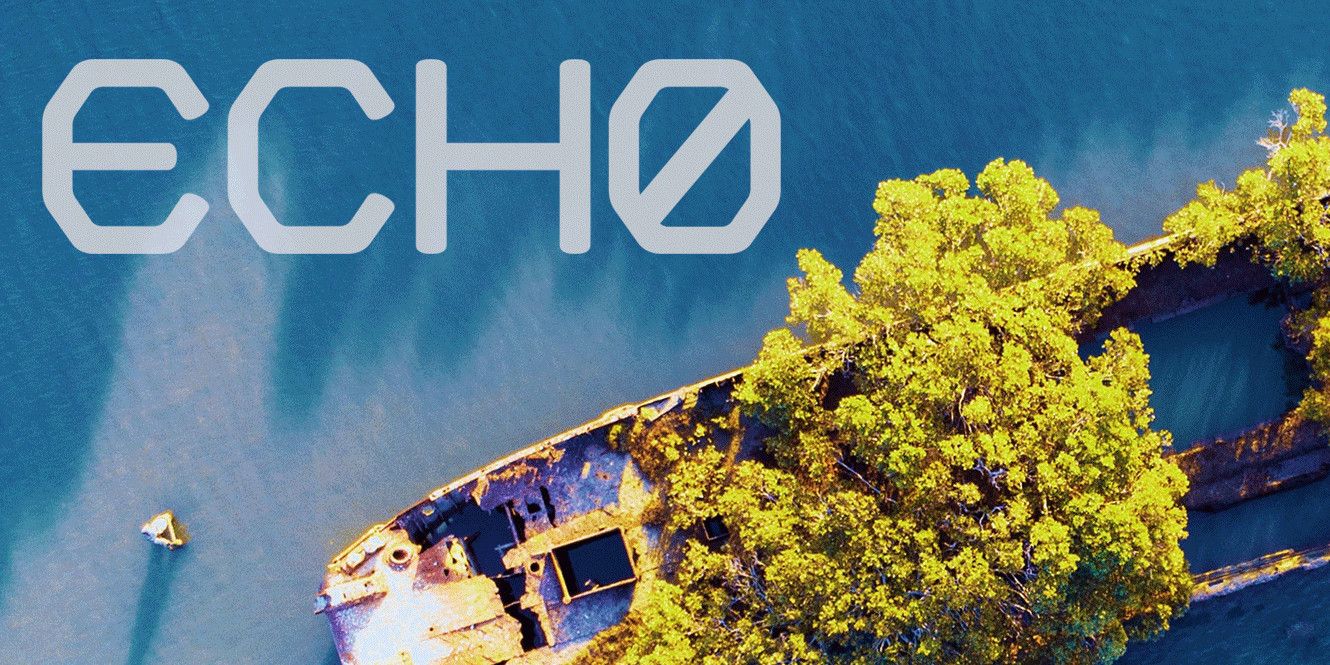 ECH0 blends worldbuilding and roleplaying in an engaging way that will have you and your friends telling deep, thoughtful stories to one another as you flesh out a sci-fi world of your own design. One player inhabits the body of the titular ECH0, the consciousness of a long-dead pilot from a forgotten war whose memory is trapped in an ECH0 Drive. The other characters play a group of children who stumbled across the ECH0 while out exploring.

As the children attempt to reunite the ECH0 with its mech, they'll tell it about their world, painting a vivid picture of the post-war world for the forgotten pilot. In exchange, the pilot will tell the children about the various mechs and ruins they encounter along their journey, giving texture and history to the world the children have created. The result is an unforgettable storytelling experience where you'll meditate on heavy themes while crafting a unique world with your party.

3 The Bonds That Tie Us: The Unlimited Possibilities Of Social Storytelling 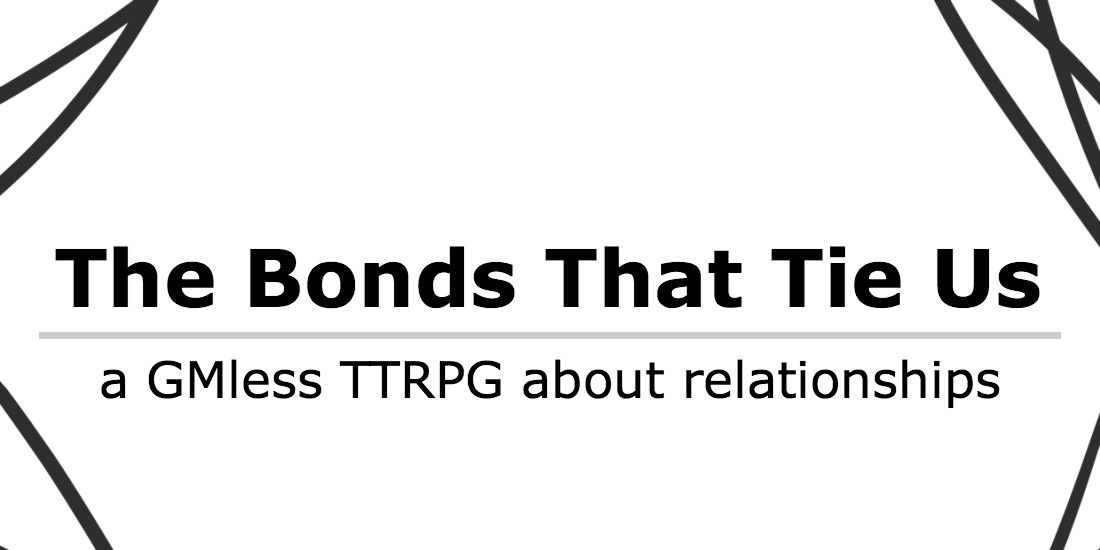 This GMless social RPG provides a foundation for you and your friends to play out various social interactions based on a setting of your choice. This makes for a game with loads of thematic and storytelling flexibility, as one game could revolve around a group of high schoolers playing out their day-to-day drama and the next could see you inhabiting a group of nobles squabbling over territory in medieval Europe.

This game soars when being played in person, as the interpersonal drama feels much more real when talking face to face instead of over Discord. No matter your setting, you'll form and break bonds with other characters over the course of this fairly short game as you and your friends build a relationship-driven story together.

2 The Dark Below: A Tale Of Survival Beneath The Earth 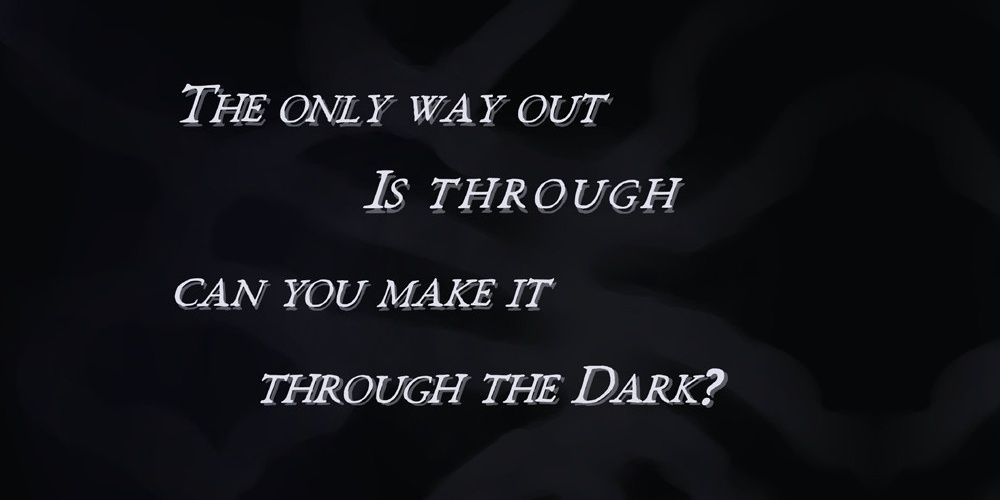 Just because combat is optional doesn't mean your story has to be devoid of danger. In tabletop dungeon crawler The Dark Below, players will inhabit the role of Exiles who have been sent into a series of tunnels beneath the earth, with their only hope of survival being to find a rumored exit somewhere in the labyrinth.

The GM takes on a Jigsaw-like role here, designing traps and challenges for the party to overcome through their wits, equipment, and dice rolls as they chart their course through an unending series of catacombs. The adventure can be as bleak or hopeful as you want and is an excellent way to tell a story of survival against all odds as your party struggles against near-certain demise.

1 Blades In The Dark: Pull Off The Heist Of Your Dreams 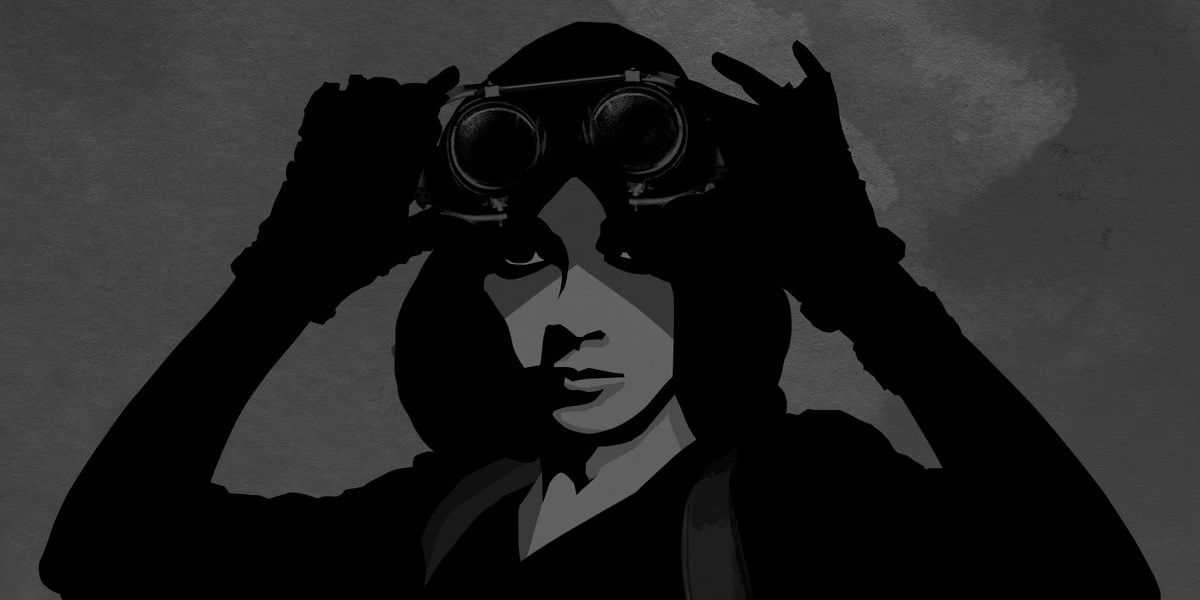 While Blades In The Dark does have rules for combat baked into its mechanics, this gritty, Lovecraftian crime game gives players more than enough tools to overcome obstacles without spilling a drop of blood. If the rest of your party is on board, you can have a great time meticulously planning your gang's operations around stealth and sabotage rather than violence, and will find it's an equally valid and rewarding way to play.

With intricate systems for building your gang's hideout, alliances and rivalries with over a dozen factions, and layers upon layers of stellar worldbuilding, Blades in the Dark really shines in longer campaigns. Gather your party and explore the city of Doskvol (inspired by games like Bloodborne and Dishonored), grow your organization, and become a bonafide criminal mastermind with as little bloodshed as you want!