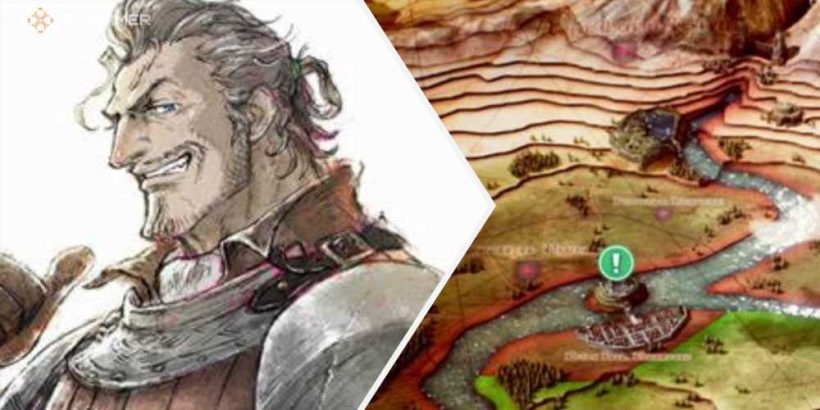 There's a lot to love about Triangle Strategy. The gripping tactical gameplay, the intriguing narrative twists, the charming HD-2D design – the game has its fans, and it's easy to see why. Yet even the most well-crafted fictional settings can concoct a few quirks and even the finest RPG battle systems will still contain a few things that feel "game-y" in a silly enough way for us to lampshade.

Settle in with a nice big bucket of salt as we take a good-natured look at all those little things that just don't add up in Norzelia. 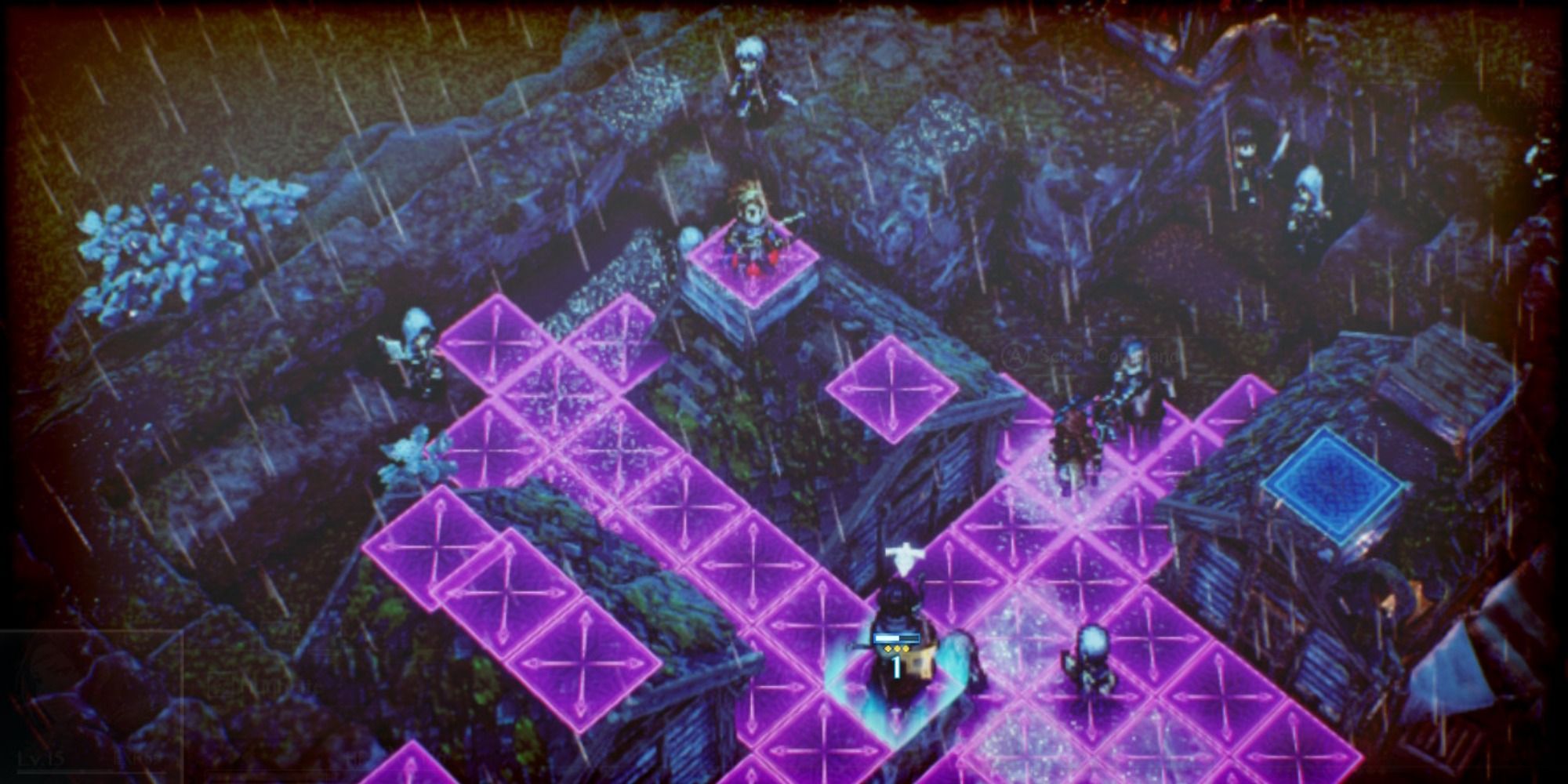 There aren't many ways to grind out your squad's levels in Triangle Strategy. This can be a challenging game, and while the developers happily include Easy and Very Easy difficulty settings for those who would prefer to focus primarily on the story, playing on Normal and especially Hard can be brutal without engaging in mental mock battles.

The question is, what exactly are these? You find them by chatting with the barkeep at House Wolffort's encampment. She'll periodically add a new one to the list. The name seems to imply that Serenoa, what, gathers his comrades and rattles off a "dude, what if?" scenario, and everyone weighs in how they would handle these incredibly specific nonsensical combat situations.

But then you start the fight, and, well, it's a real fight, there's nothing "mental" about it, and your team exchanges blows with real enemies and levels up and learns new abilities and the point is, the whole thing feels… real. Which leads us to one very pointed question: what is the barkeep putting in those drinks? 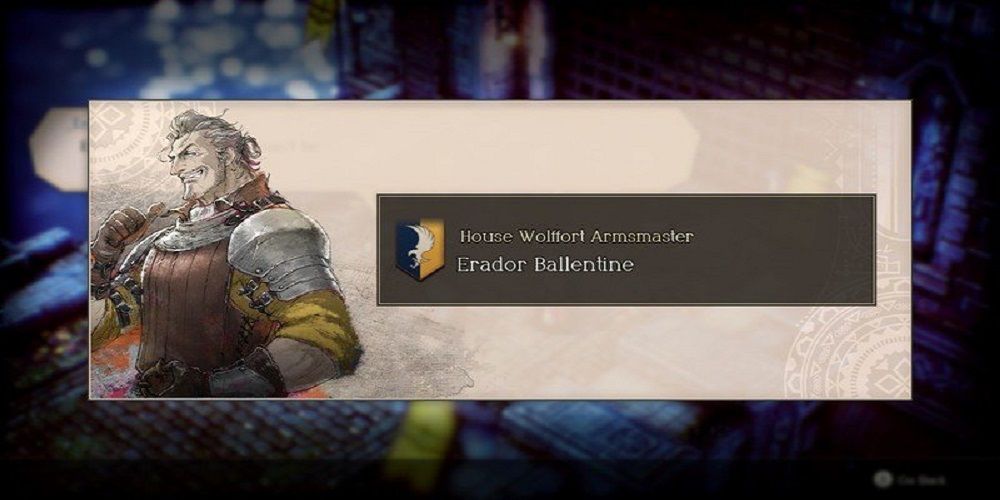 Erador Ballentine is a fantastic ally. Even when we stop to consider that Triangle Strategy offers a whopping 30 unique units, Erador remains quite possibly the best defensive "tank" throughout the entire game. His stat distribution, his general physical disposition, and almost all of his abilities back up the notion of setting him out there to soak up damage and trigger the ire of foes who might have otherwise harmed your weaker units.

So, why does Erador learn "On the Attack" at level 18? Activating this ability lowers his defense in favor of an increase in strength. This is something you will virtually never, ever need. It's like constructing an M4 Sherman tank, then politely informing the crew that they have the option of removing its armor plating, nay, its entire chassis, in favor of a big bicycle with a giant forward-facing javelin. You know. Just in case.

3 No One Punches the Mean Twins 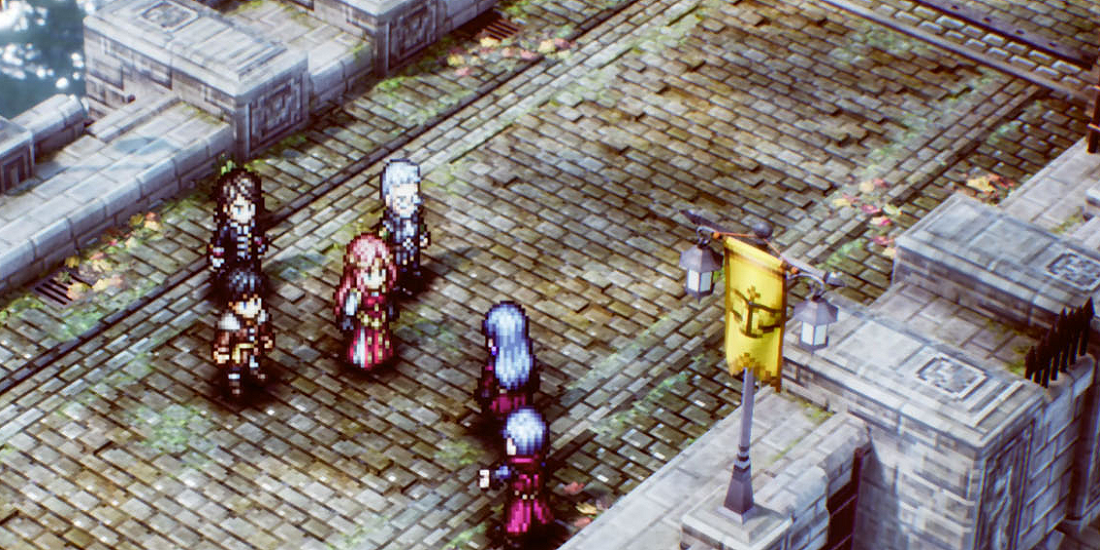 Look, we know, all right? Thalas and Erika Aesfrost aren't actually twins. They're just siblings who are rather close in age. And we also know that, yes, they're two of the most politically powerful people in all of Norzelia so punching them is clearly a death sentence.

Hogwash, all of it. Truth, aye, but hogwash. There's no way these two utter brats lasted roughly two full decades without someone out there, probably a peasant with nothing left to live for anyway, managing to deck them in the jaw for being the most utterly contemptible trash-tier human beings in the game.

2 Approach the Scales of Conviction, Colorized 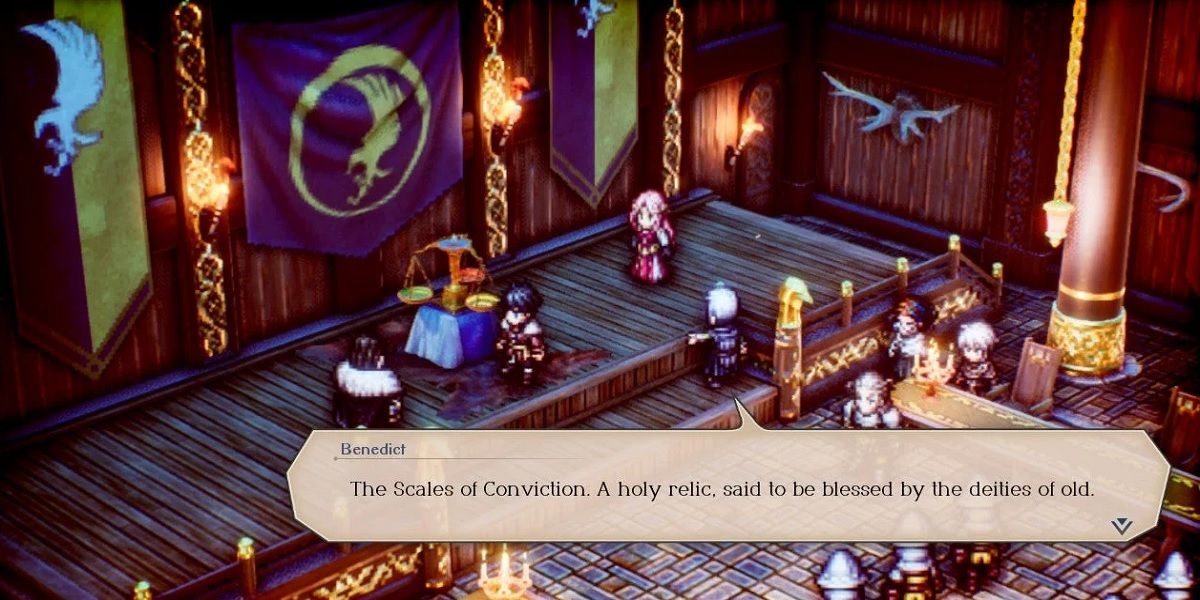 For all the distant dreams and conniving schemes of Triangle Strategy's extensive cast, none can compare to the blanket the game itself pulls over players' heads during their first playthrough. Every decision Serenoa makes through our gameplay guidance is defined as either Morality, Utility, or Liberty; this is critical for influencing major narrative branches, but the correlations are invisible until New Game Plus is unlocked.

Here's the thing, though. When those major narrative branches do occur, and the voting phase between Serenoa's advisors commences, we can see a telltale color applied to each of the three classifications. Green for Morality, yellow for Utility, and pinkish-red for Liberty. These are the color affiliations that folks replaying the game will recognize in every choice.

Serenoa introduces the Scales of Conviction by saying it's said to have been blessed by the deities of old. Who knew the gods were so fond of ethical color-coding?

This last one contains some fairly major spoilers. If you haven't completed at least one route, consider holding off on reading it until you've done so!

1 North is Real, But Central is Surely Myth 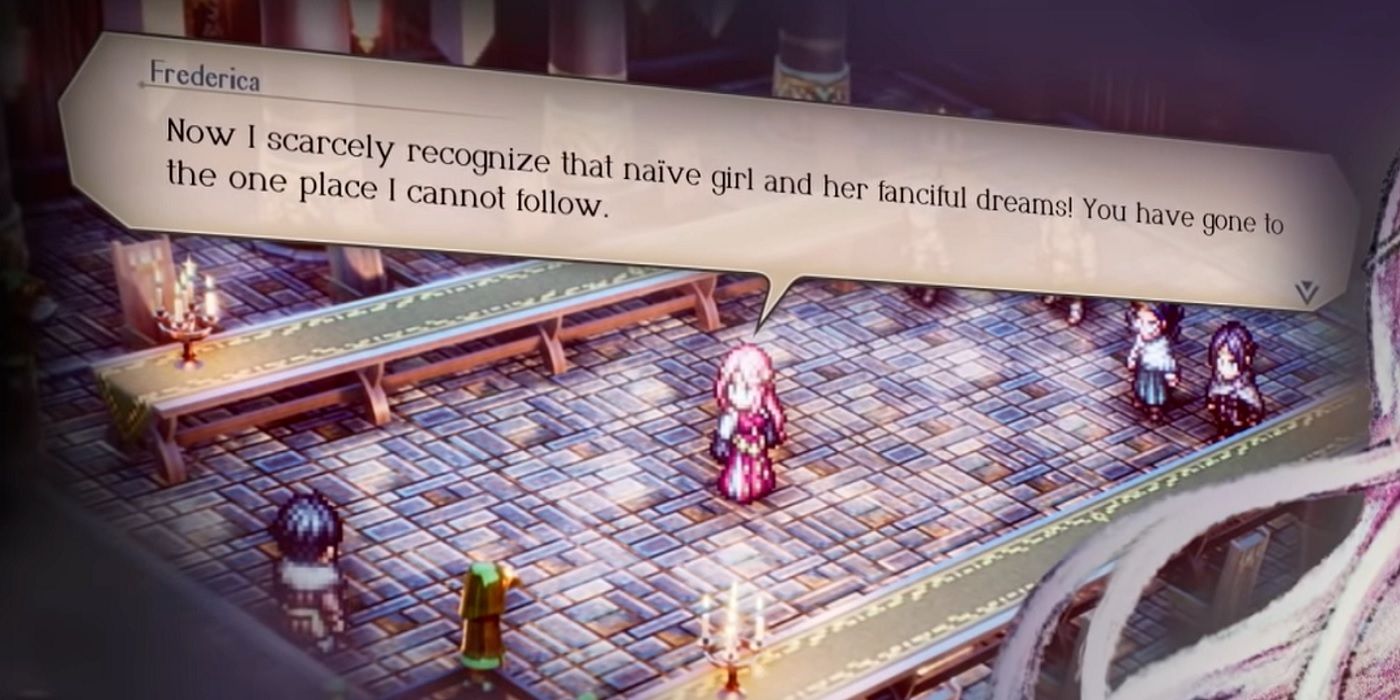 Throughout the bulk of its tale, Triangle Strategy sticks to a surprisingly staid premise. Well, perhaps staid is harsh – it's not unadventurous so much as refreshingly normal? Salt and iron are Norzelia's most precious resources, not Dwarven mithril and almighty magical crystals. Humanity's ruthless ambitiousness is the real villain, rather than demons feigning humanity, and Serenoa must overcome House Wolffort's many challenges through sheer grit and talent instead of a superhero's strength.

It's not that the revelation of a long-ago landmass south of Norzelia called Centralia completely bucks that trend. A game that dips its toes in high fantasy doesn't jump in head-first with something like this. The tough-to-swallow part here is that it's seemingly difficult for Serenoa and the others to wrap their minds around the notion that Norzelia could be located to the north of a mythical landmass called Centralia. It's all in the etymology, y'all.

At least it won't be until some hypothetical, far-off sequel that we'll have to grit our teeth through a scene in which one of Serenoa's descendants tells one of Frederica's that "while wonderful Centralia turned out to be true, there's no good sense in believing that myth about Souselia."