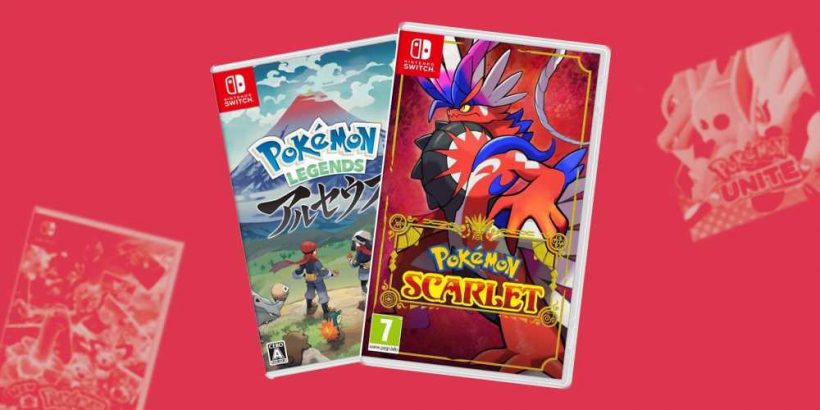 The Pokemon video game juggernaut rolled on in 2022. Kicking off the year with Pokemon Legends: Arceus in January, and then rounding it out with the arrival of Scarlet & Violet last month. Actually a somewhat quiet year for Pokemon games, and the first one since 1997 during which The Pokemon Company hasn't launched at least one spin-off.

That observation was made by Serebii's Joe Merrick. With only a few days to go until 2022 becomes 2023, Merrick pointed out that unless Pokemon were to drop a surprise launch right in the middle of the holiday season with zero notice, this will be the first calendar year Pokemon fans haven't been given a spin-off game of some sort for 25 years.

That reveal was met with the exact response Merrick would have been expecting, and something that immediately crossed our minds upon seeing his tweet. What about Legends: Arceus? Well, while some fans might consider the experimental Pokemon game a spin-off, Merrick pointed out that Arceus is considered a main series game by The Pokemon Company. It does revolve around exploring a new region and completing a Pokedex, so it certainly fits the definition of a main series game.

In defense of The Pokemon Company choosing not to launch a spin-off in 2022, it was coming off the back of a two-year period during which it gave fans five. Unite, Cafe Remix, Mystery Dungeon: Rescue Team DX, Smile, and New Pokemon Snap between 2020 and 2021. Also highlighted by Merrick, a number of Pokemon games, including Unite and Pokemon Go, received pretty hefty updates in 2022 in place of a brand-new spin-off game.

As for 2023, nothing much has been announced regarding what Pokemon has planned. Don't start panicking just yet, though. It's worth noting that at this time last year, no one outside of Game Freak and The Pokemon Company knew Scarlet & Violet even existed. It's very likely we get a spin-off or two in 2023 to make up for a lack of them this year. Perhaps a Pokemon Stadium remaster, or maybe the long-awaited arrival of Pokemon Sleep.