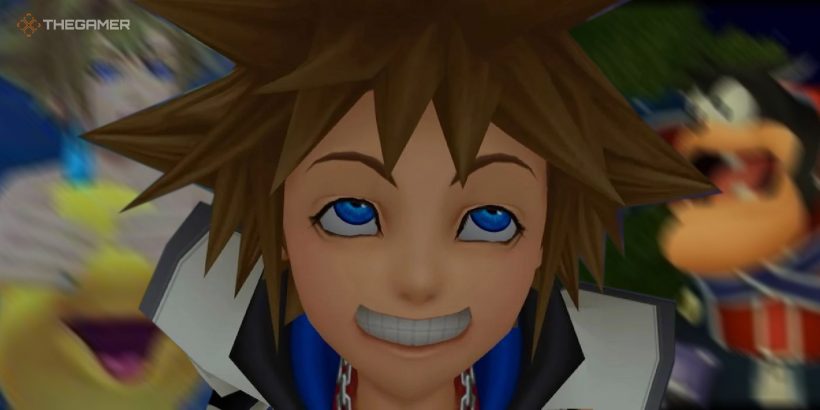 I probably wouldn’t be in this line of work or the shameless weeb that I am today if my estranged father hadn’t bought me Kingdom Hearts instead of GTA: Vice City as a kid.

He declared Rockstar’s masterpiece as being far too violent, instead pointing me towards a game that appeared to be “just like those Final Fantasy things you like” and featured a number of familiar Disney characters. I wasn’t holding the credit card, so I had no say in the final decision, so I picked up Kingdom Hearts and things were never the same again.

It felt like a small decision at the time, but thinking back it was one of those moments that would define my entire life. Like if I was Ashton Kutcher in the Butterfly Effect and went back in time to stop that from ever happening I wouldn’t be writing this article right now. Except instead of accidentally killing a baby by blowing up a mailbox I prevented a lifelong obsession with JRPGs. Part of me isn’t sure which is worse to be honest. 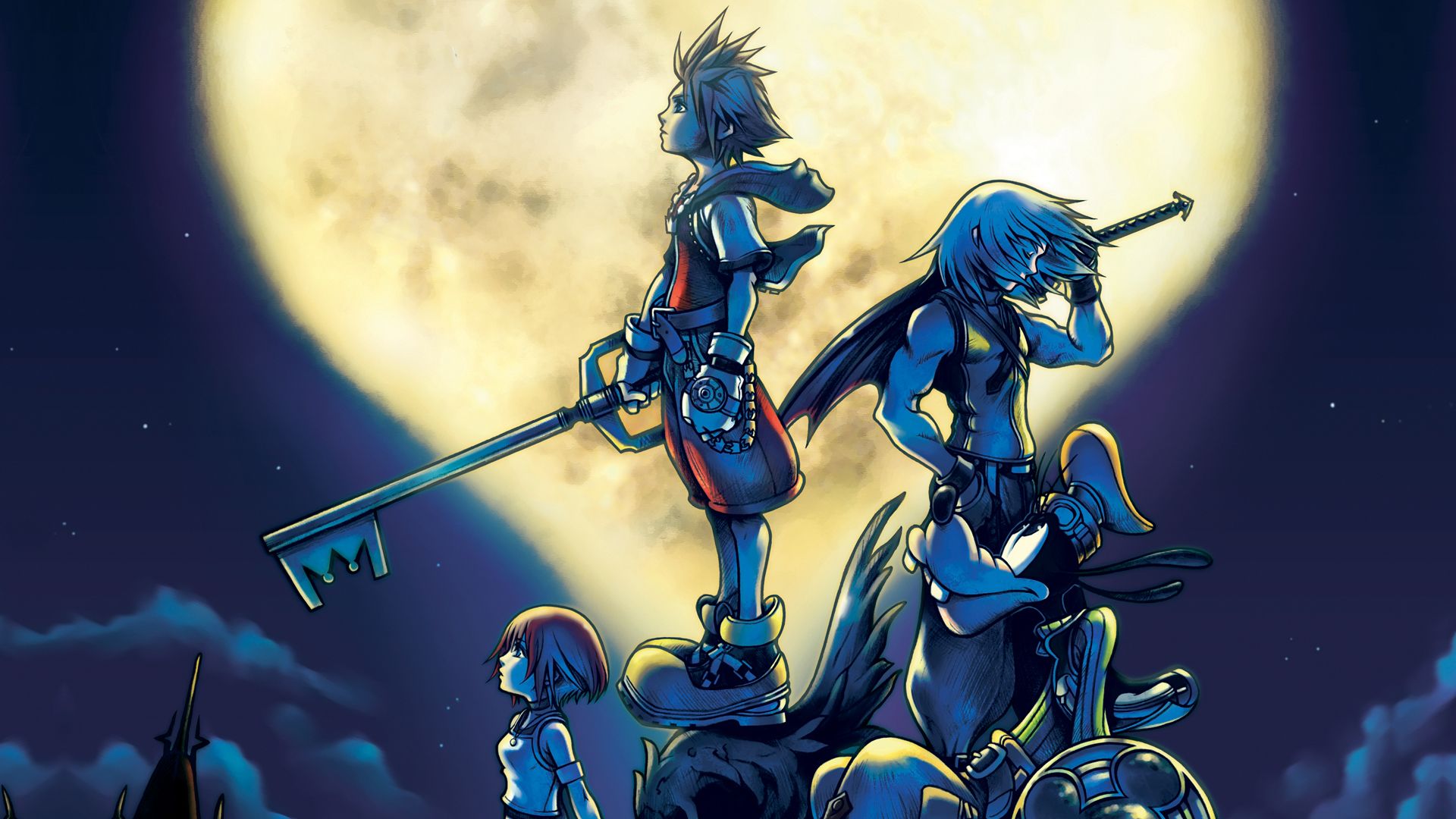 As Kingdom Hearts celebrates its 20th anniversary I want to look back on one of gaming’s most polarising franchises. Tetsuya Nomura’s weird and wonderful creation is revered and derided in equal measure, and there seldom seems to be any deviation from these two perspectives. You either adore Kingdom Hearts with every fibre of your being or watch from a distance at all of the losers trying to convince themselves that the plot makes any sense at all. It doesn’t, and that’s coming from a fan who has played every single game out there.

Kingdom Hearts is kinda bad. It always has been, and I think making peace with its mixture of melodramatic characters and nonsensical storytelling is required to truly fall in love with it. So many of its hardcore fans – myself included – grew up with the series and fell in love with it when we didn’t care if it made any logical sense or if the constant barrage of sequels and spin-offs would actually lead anywhere. We were in it for the emotion shown by all of its characters spurred forth by a mutual belief that love will always win out in the end. 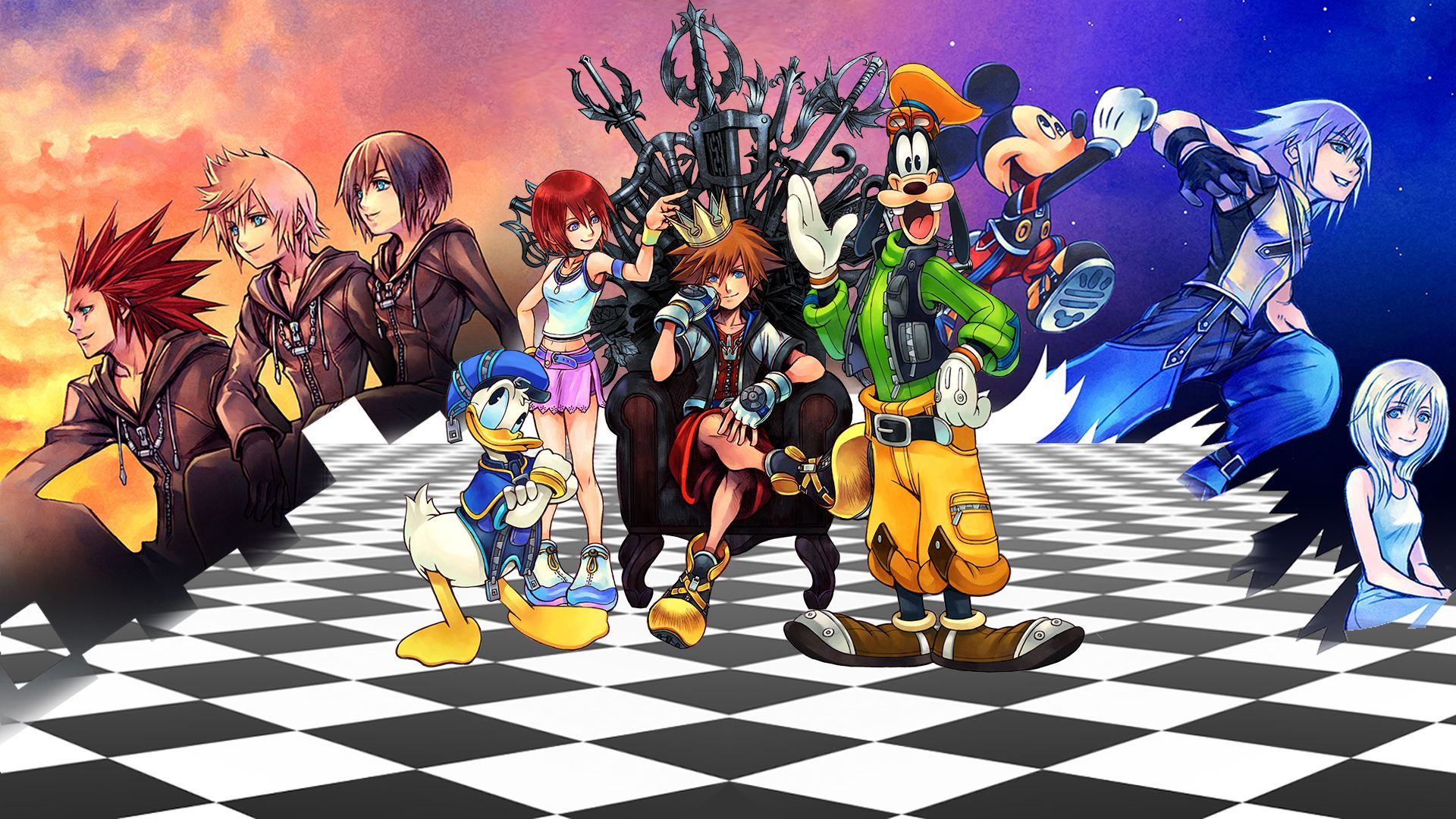 That sounds like nonsense, but it is absolutely true and I will fight anyone who says otherwise. Nobody comes to Kingdom Hearts for the combat, level design or visuals. Some might argue that their interest sits purely in the Disney crossovers, which I can understand, but even their presence is so baked into the overarching narrative that you’re always going to have some Xehanort mixed up in your Frozen and Toy Story pie. Square Enix is fully committed to the bit now, meaning things will only get even more batshit from here on out.

But the original Kingdom Hearts was somewhat tame, showing only a few facets of what the series would eventually become. Sora, Kairi, and Riku are three dorky teenagers who wish to leave behind Destiny Islands and see what other worlds have to offer. We never see their parents or find out whether their entire world is little more than a tropical paradise trapped in a perpetual state of sunshine, but to be honest we never need to. After a charming tutorial that sets foundations both mechanical and narrative, our three main characters are thrown into the wider universe to fend for themselves. 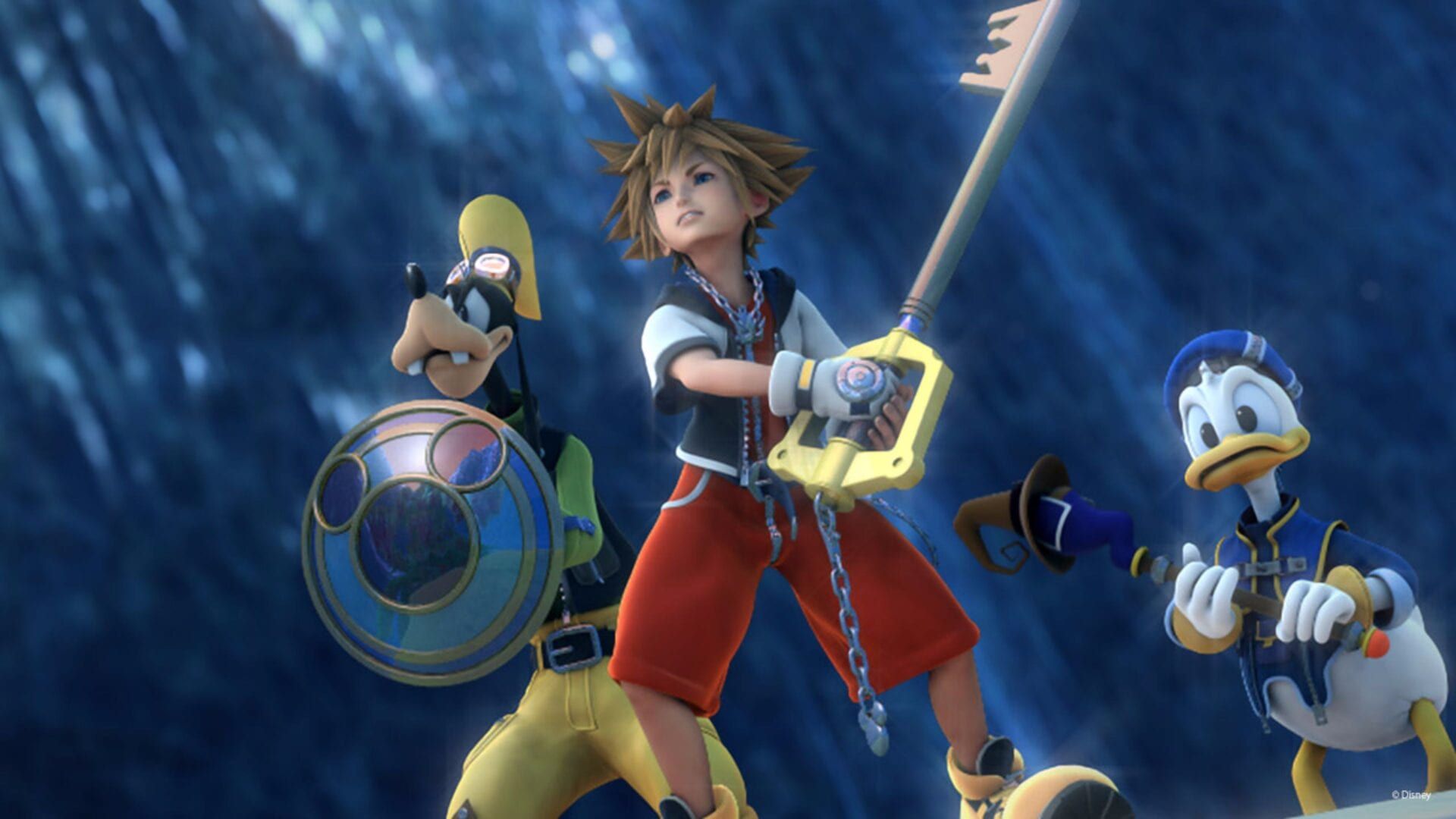 The first game is resolute in its core concept, and seeks to be a clear crossover between Final Fantasy and Disney with only a few original elements sprinkled in for good measure. It’s refreshing to return to it and see no mention of Organisation XIII, Nobodies, or all the other bullshit that would eventually see the series bogged down with its own mythology. You’re a teenager with spiky hair who embarks on an intergalactic adventure to relive the plots of famous films and make friends with cool characters we grew up loving. It’s still a smidge convoluted, but compared to what came after it feels downright simplistic.

Jaunts across the worlds of Alice in Wonderland, Tarzan, and Aladdin are classic recreations of beloved plotlines, imbued with enough challenge and exploration to make the game feel like a nostalgic trip down memory lane. To many it was, with the overarching narrative surrounding the Heartless and goodness knows what else drawing us in even if we didn’t quite realize it at the time. When Chain of Memories and Kingdom Hearts 2 rolled around it was clear how deep the well was going to be, and so many of us decided to buckle up and let this waterfall of nonsense wash over us. I don’t pretend to understand it, but the underlying themes and passion of its characters have kept me going in the decades since, so much so that I shed actual tears when Kingdom Hearts 3 was finally revealed. Even though in canon it’s actually like the 12th game. I dunno I stopped counting.

20 years later, Kingdom Hearts remains a flawed masterpiece that is a joy to play, if only to exist in its world and revisit the distilled cringe found across its dialogue and characters. It’s where it all began, and even today the second Hikaru Utada’s ‘Simple and Clean’ starts playing I can't help but get choked up. Outsiders might label Kingdom Hearts fans as a bunch of losers, but you’d be surprised at how many of us are in on the joke at this point. I ironically quote the series’ worst lines to friends all the time, knowing that we’ll happily poke fun at wherever it goes next before letting it reduce us to tears all over again.