The Speed stat is more than a representation of a Pokémon’s swiftness. It also determines which Pokémon attacks first in battle. If two Pokémon have the same Speed, the Pokémon who goes first is decided at random. The Speed stat can be increased by giving a Pokémon Carbos. Carbos will cost a pretty penny but can make the difference between winning and losing a Pokémon battle.

Updated October 7th, 2020 by Tanner Kinney: As always, new Pokémon are constantly being discovered and added as the series continues to evolve. This always throws balance out of whack as both new highs and new lows are added as base stat totals. With Sword and Shield, Game Freak didn’t go too crazy in creating some hilariously bad Pokémon (mostly), and some are even pretty good. There’s a lot of great options to choose from.

Yet, there are still plenty of Pokémon that struggle to keep up with the rest. The list may not be shaken up too much, but which new Pokémon compete for the slowest of the bunch? And what other old friends are left behind? These Pokémon may not be the fastest, but they’re still good in our hearts. 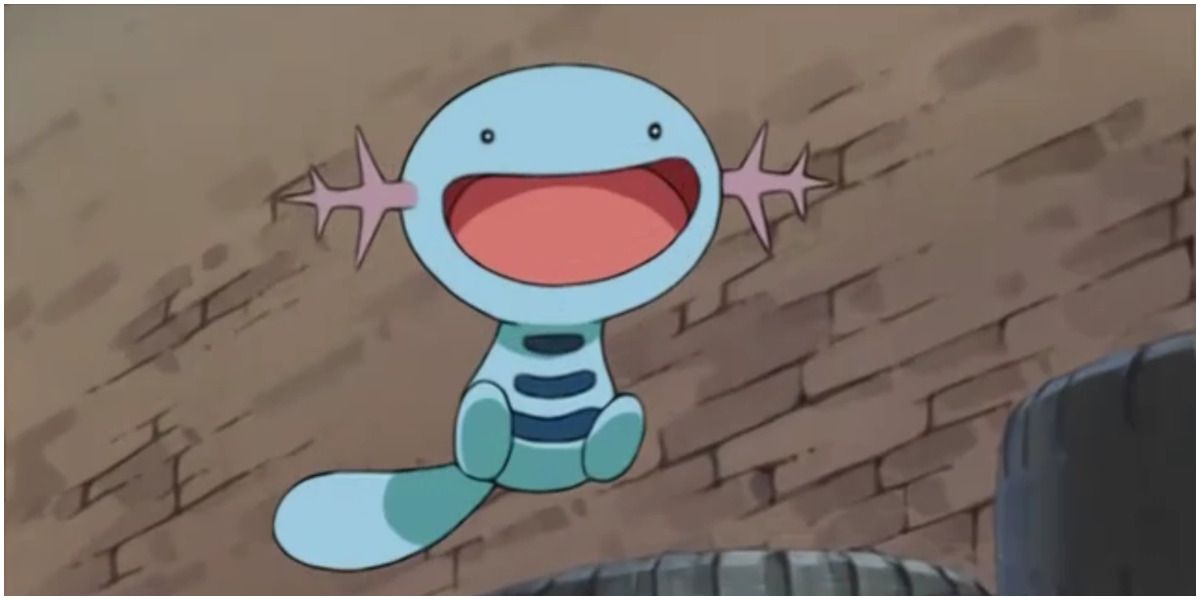 Wooper, the Water Fish Pokémon, has no arms and is always smiling. This friendly fella has a number of different uses in battle and is effective as a bulkier Pokémon. Of course, like many bulky water-types, that also means Wooper is incredibly slow with its base speed.

There are a number of Pokémon tied at 15 base speed, and Wooper is just another one of them. But with good defensive typing, Wooper doesn’t need to be fast; it’ll always be able to effectively retaliate. 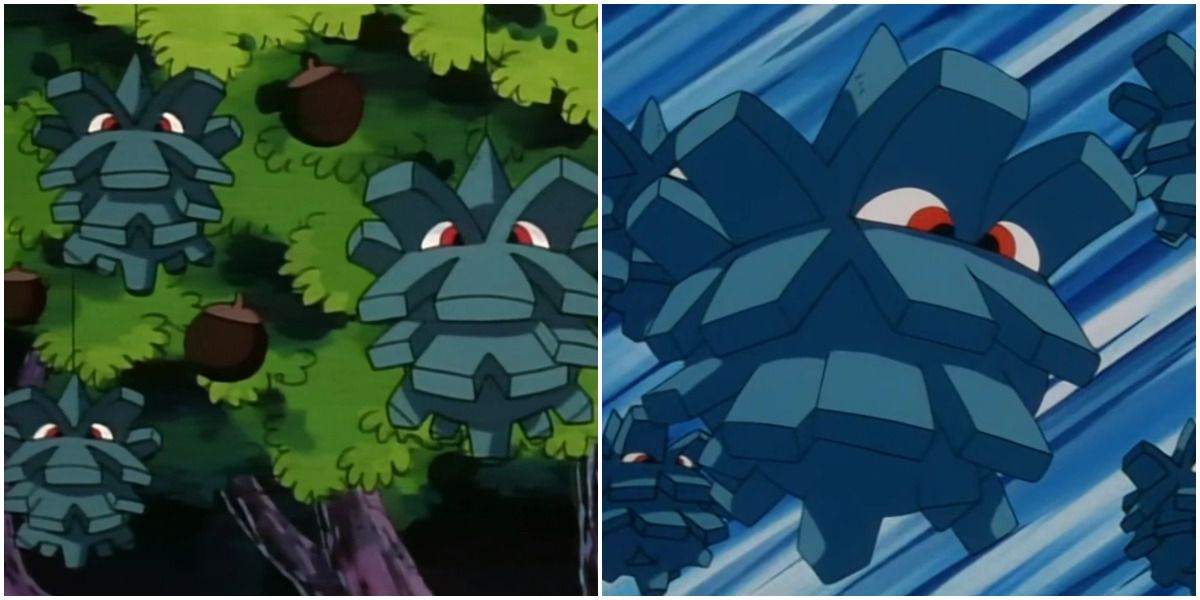 Pineco, the Bagworm Pokémon, is another Johto base form that’s just horribly slow. It isn’t quite the slowest bug-type, as it is tied with Silcoon and Cascoon for that honor, but it’s rather slow. Its evolution, Forretress, isn’t much faster either, although it sure does love to chuck rocks and spin.

Pineco is another slow, but bulky Pokémon. Its offensive capabilities are, obviously, not great though, so even in Little Cup competitions, Pineco won’t be doing much outside of a supportive role. Despite that, this cute little friend can still be a threat, even if it isn’t a very fast one. 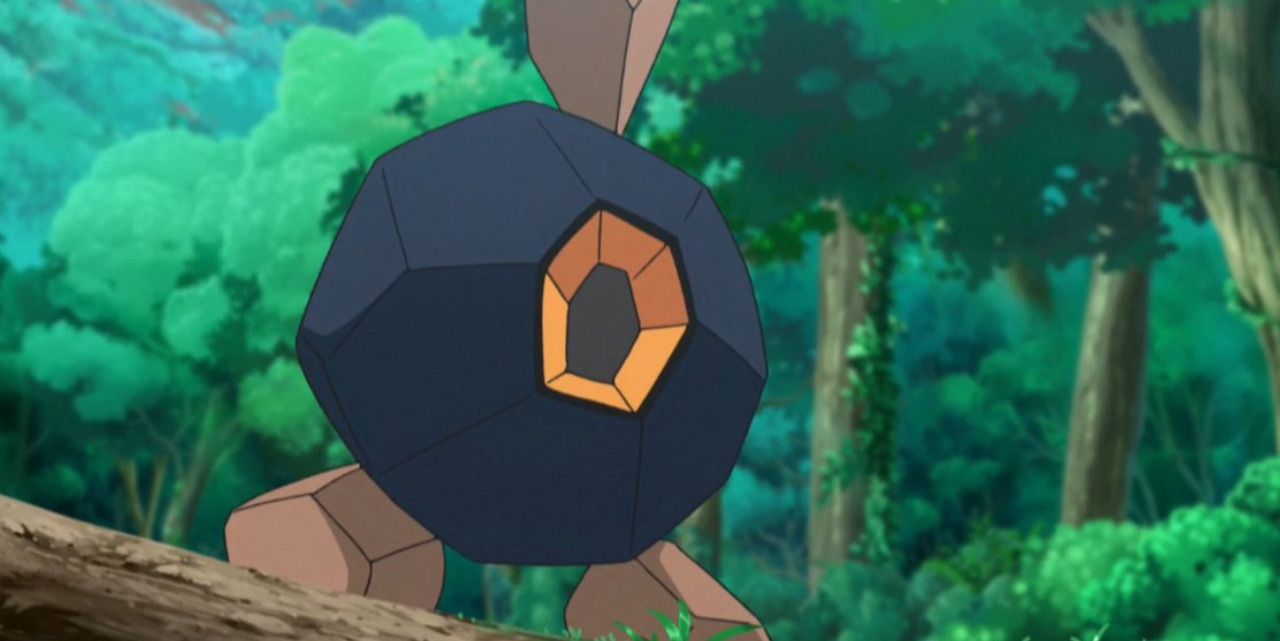 Roggenrola, the Mantle Pokémon, is the Unova equivalent to Geodude. It has different uses, but both are similar in terms of statline and moveset. This also means that, like Geodude, Roggenrola is slow. Roggenrola is actually slower than Geodude though, with Geodude clocking in at a blistering 20 base speed with Roggenrola at 15.

Roggenrola, once again, is a bulky supportive Pokémon. It has a bit of a sharp edge to it with its attacks, but not by a whole lot. Trainers likely aren’t going to bust out Roggenrola to run people over, but it does serve as a rock-solid foundation. 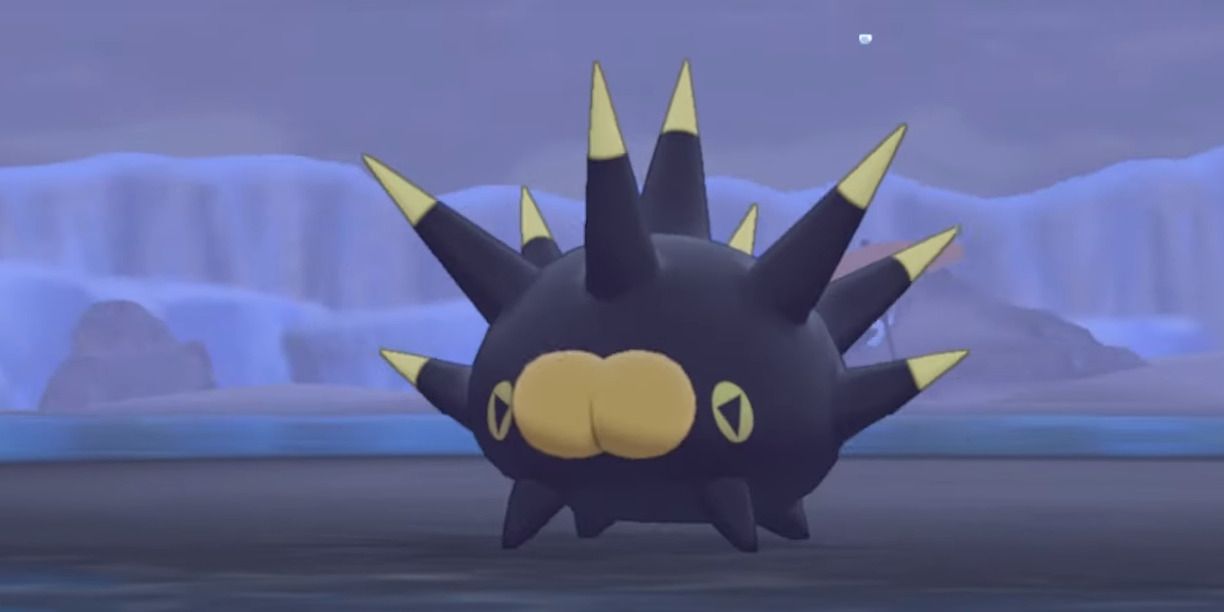 Pinchurin, the Sea Urchin Pokémon, is a Pokémon added in Sword and Shield. It’s a pure electric-type despite its aquatic appearance, and it serves as the equivalent to Pyukumuku as a single-stage, defensive Pokémon. Pinchurin, however, is nowhere near as defensive. It isn’t great at offense either. Worst of all, it’s still horribly slow at 15 base speed.

While Sword and Shield didn’t add too many terrible Pokémon, Pinchurin is absolutely up there in terms of being terrible. It just doesn’t carve its own niche well, and slow Pokémon without a purpose tend to just get eaten up by the competition. At least its spiky design makes it an edgy choice. 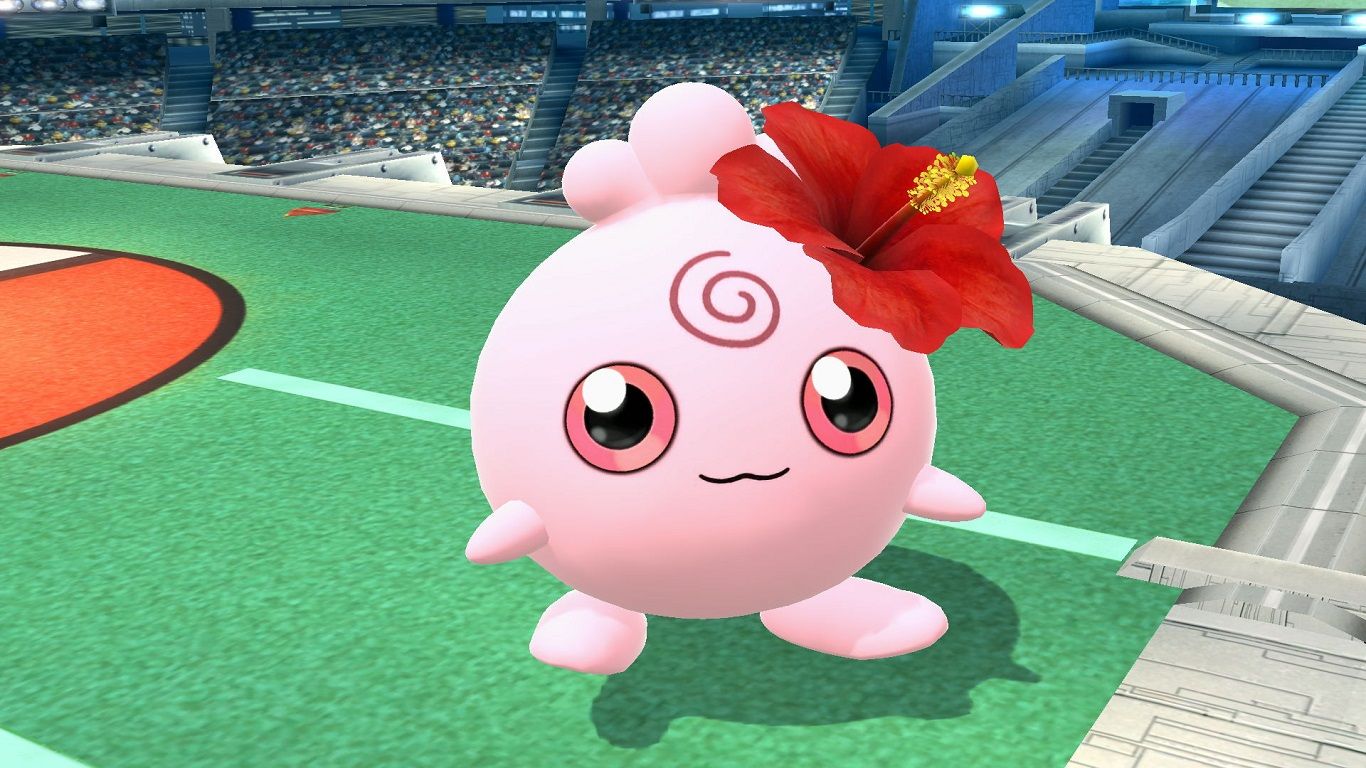 To kick off this list, we have the tenth slowest Pokémon to be discovered so far. This baby Pokémon proves to be capable of moving at a snail-rate. We knew it was a baby Pokémon, but its Speed just seems absurd.

When it evolves into a Jigglypuff, its Speed slightly increases. Some Pokémon are born to be swift and others, sluggish. Judging by the chubby size of its feet, it’s not surprising to learn that Igglybuff’s base stat in Speed is 15. Use Igglybuff as a volleyball, not as the starting Pokémon in your lineup. 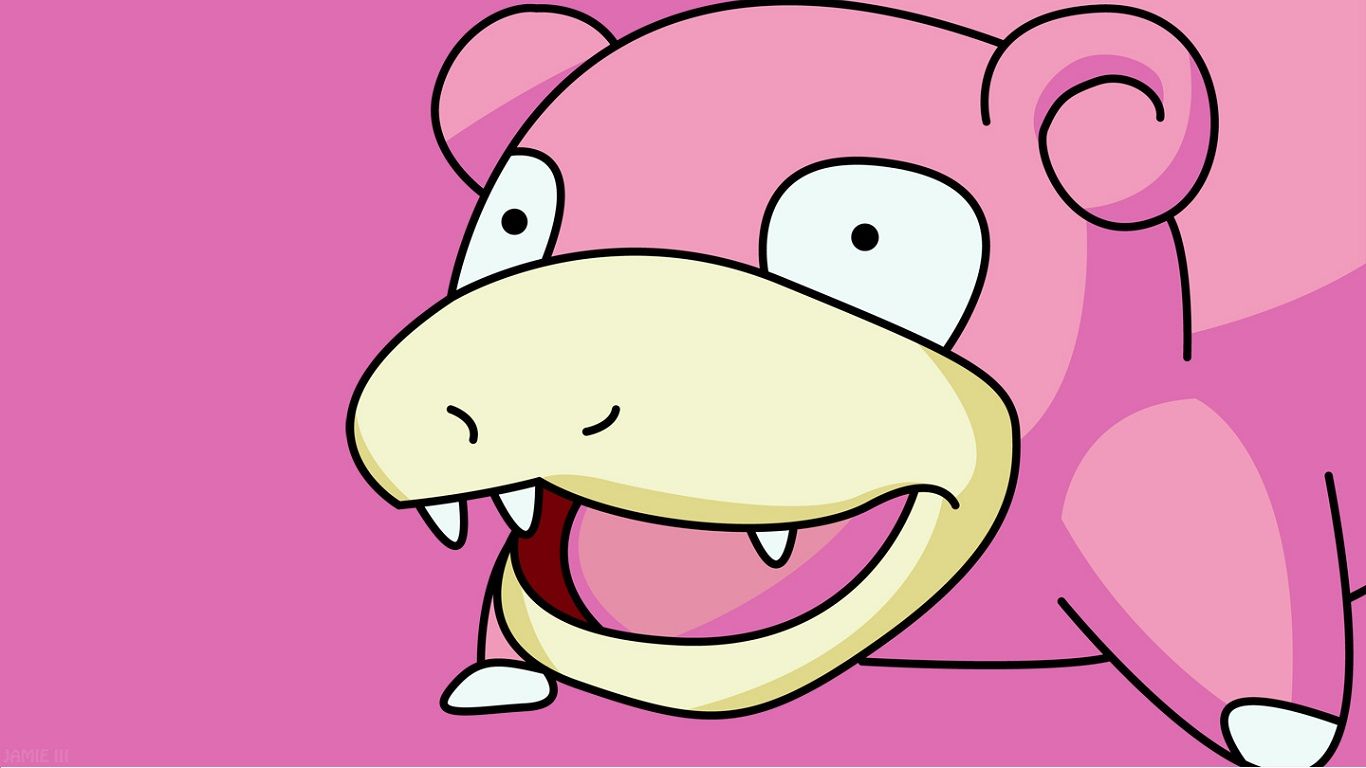 As its name implies, Slowpoke is a slow Pokémon—one of the slowest we’ve seen yet. Slowpoke would rather be lying on the beach, soaking in the sun, than moving at all. It bears similarities to a salamander and a hippopotamus.

It looks so out of it most of the time, which is evident by its dull intellect. Slowpoke is slow, to say the least. It’s possible that Slowpoke’s yawn is the cause of rain. And even if a Slowpoke loses its tail, it will grow back—slowly. 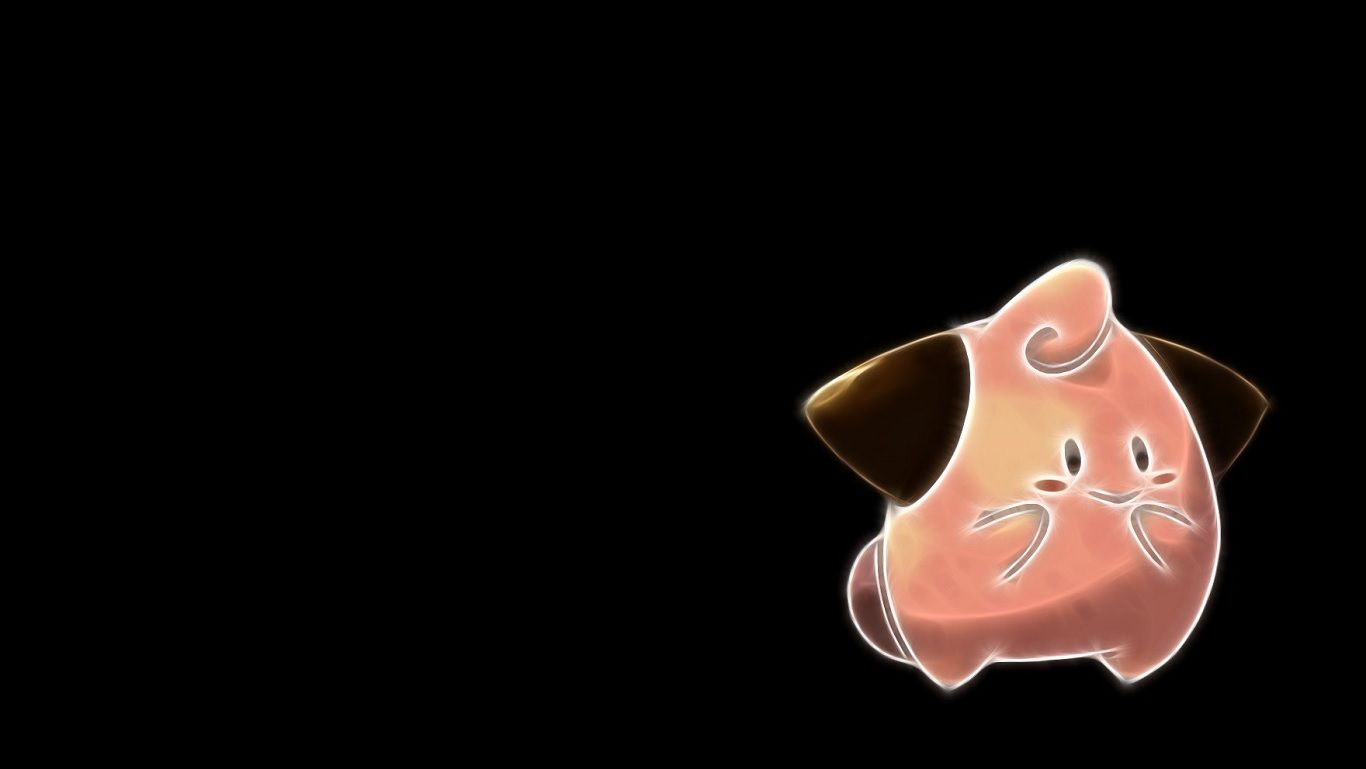 Cleffa is the baby form of a Clefairy and Clefable. Cleffa must have a high friendship when it levels up for it to turn into a Clefairy. Like many other baby Pokémon, Cleffa is exceedingly slow. It has a base Speed stat of 15.

Cleffa doesn’t have fingers or opposable thumbs. It’s not surprising to learn that Cleffa is slow, given its youth and impractical appendages. How Cleffa remains balanced is a miracle. Cleffa takes the shape of a star, but unlike a star, Cleffa is very slow. 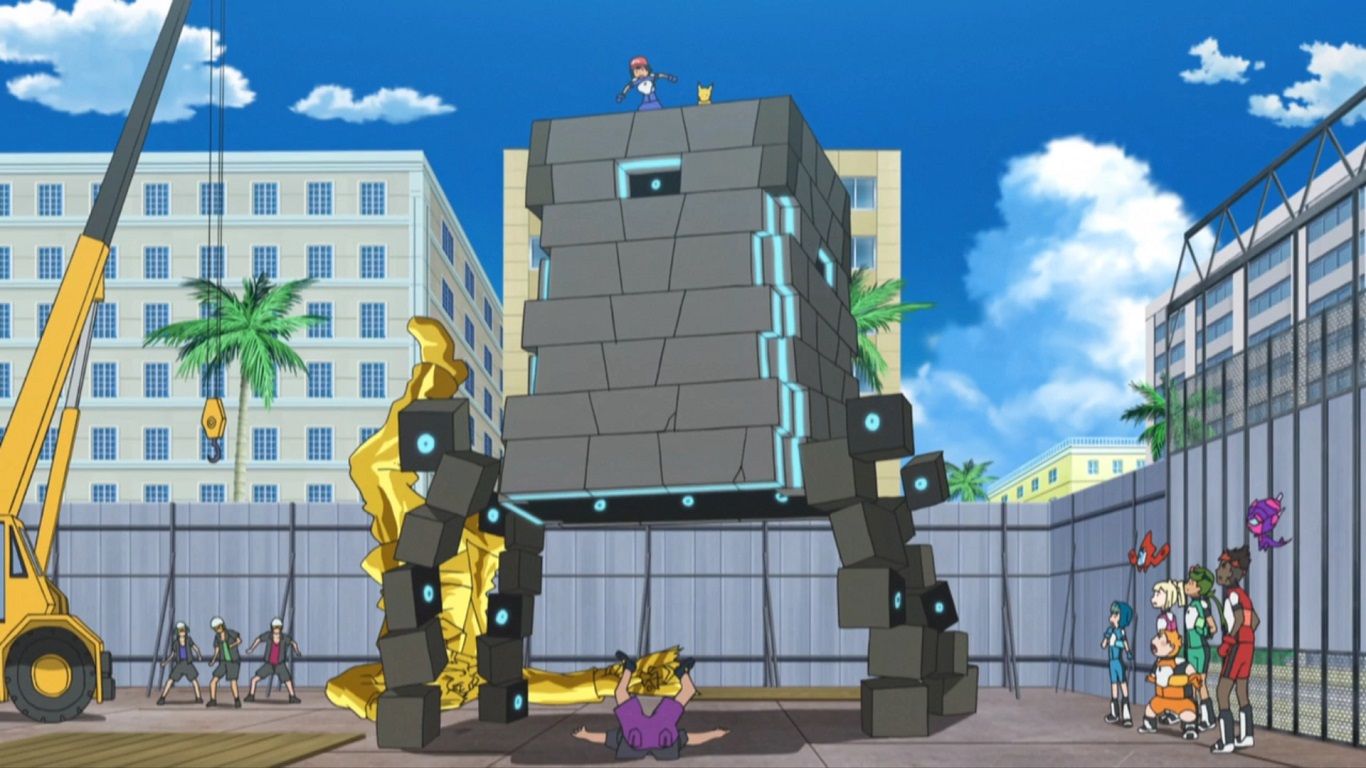 Stakataka is not part of an evolutionary chain since it doesn’t evolve from or into another Pokémon. Interestingly enough, Stakataka is one of the Ultra Beasts, a group of extradimensional travelers who came from Ultra Space.

Stakataka may have traveled between dimensions, but in our dimension, it is one of the slowest Pokémon of all time. A Stakataka weighs approximately 1807.8 lbs (820.0 kg). It’s a heavyweight, even for a Pokémon made of 150 stone lifeforms.

Gossifleur, the Flowering Pokémon, is the pre-evolved form of Eldegoss from Sword and Shield. This Pokémon actually cracks the previous list of slowest Pokémon by ranking as slower than a giant castle, two babies, and the literal Slowpoke. Eldegoss is tied with Ferroseed at a flat 10 base speed, giving that spiked friend competition for slowest grass-type.

Gossifleur may be cute, but it’s hardly a dangerous Pokémon. Even compared to other not-fully-evolved Pokémon, it has trouble competing. It turns out, when you’re as slow as Gossifleur, it’s hard to find footing against fast gameplay. 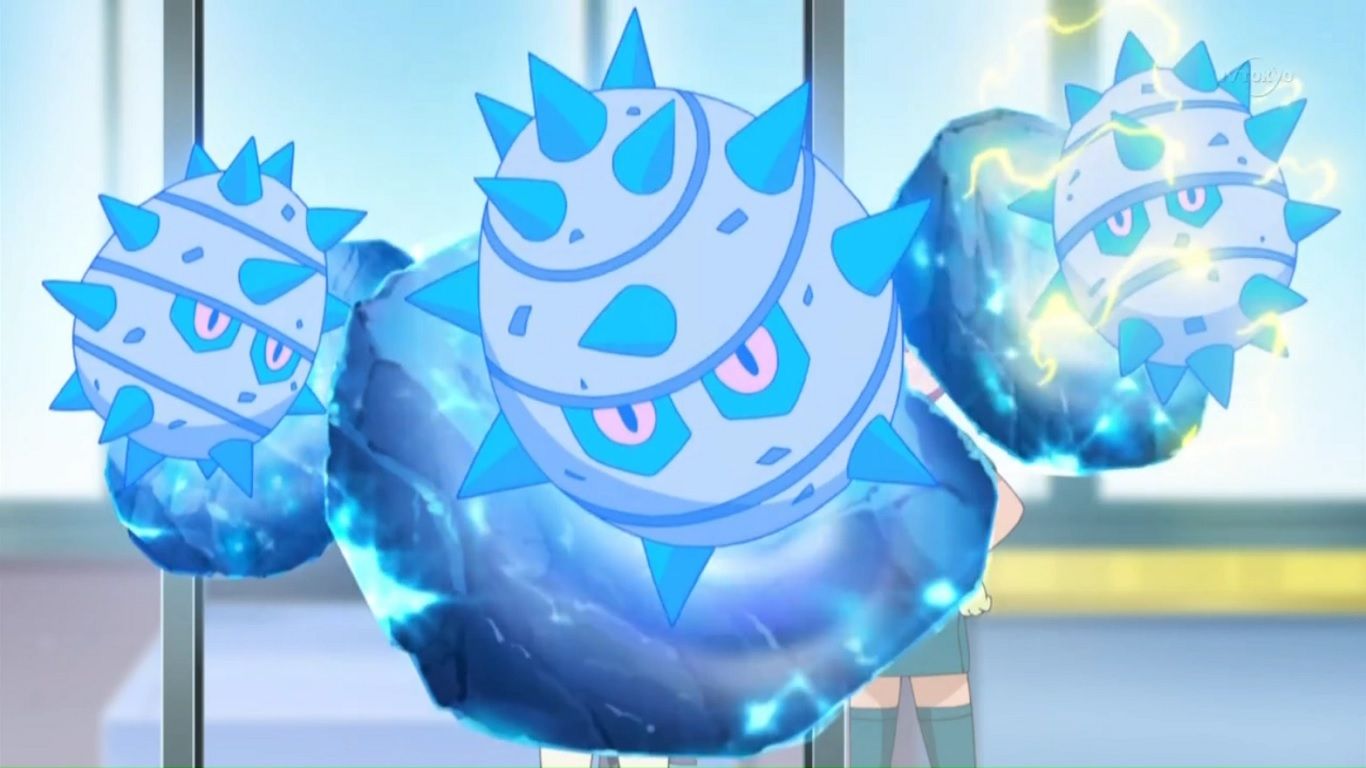 Ferroseed moves around by rolling. Naturally, as a Pokémon with spikes, rolling is easier said than done. Ferroseed is one of the slowest Pokémon we’ve encountered thus far. Chances are, most trainers won’t want to lug around a spiky, metallic Pokémon.

It is a part Grass-type and part Steel-type Pokémon. Surprisingly, a Ferroseed weighs approximately 41.4 lbs. With its first appearance in Generation V of the main series Pokémon games, Ferroseed can puncture cave walls with its spikes to absorb minerals. 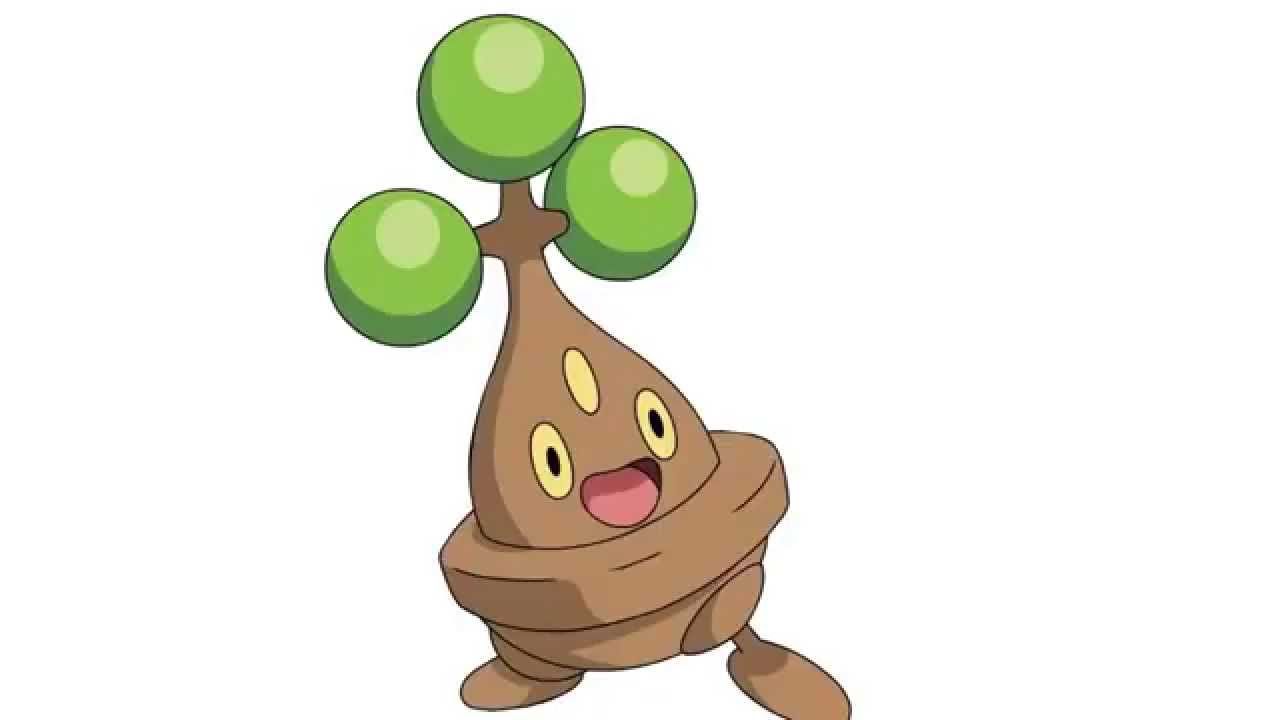 The baby evolutionary form of Sudowoodo is slow like many Pokémon at the baby stage. Given its undeveloped legs and lack of focus, it’s no wonder why Bonsly is such a slow Pokémon.

By stats, a Bonsly has 10 Speed. That’s low for a baby Pokémon, but how can we hate it since it’s so adorable? Although it looks like a small tree, you shouldn’t water Bonsly since it is actually a Rock-type. Bonsly cries after collecting too much moisture or being covered in water. 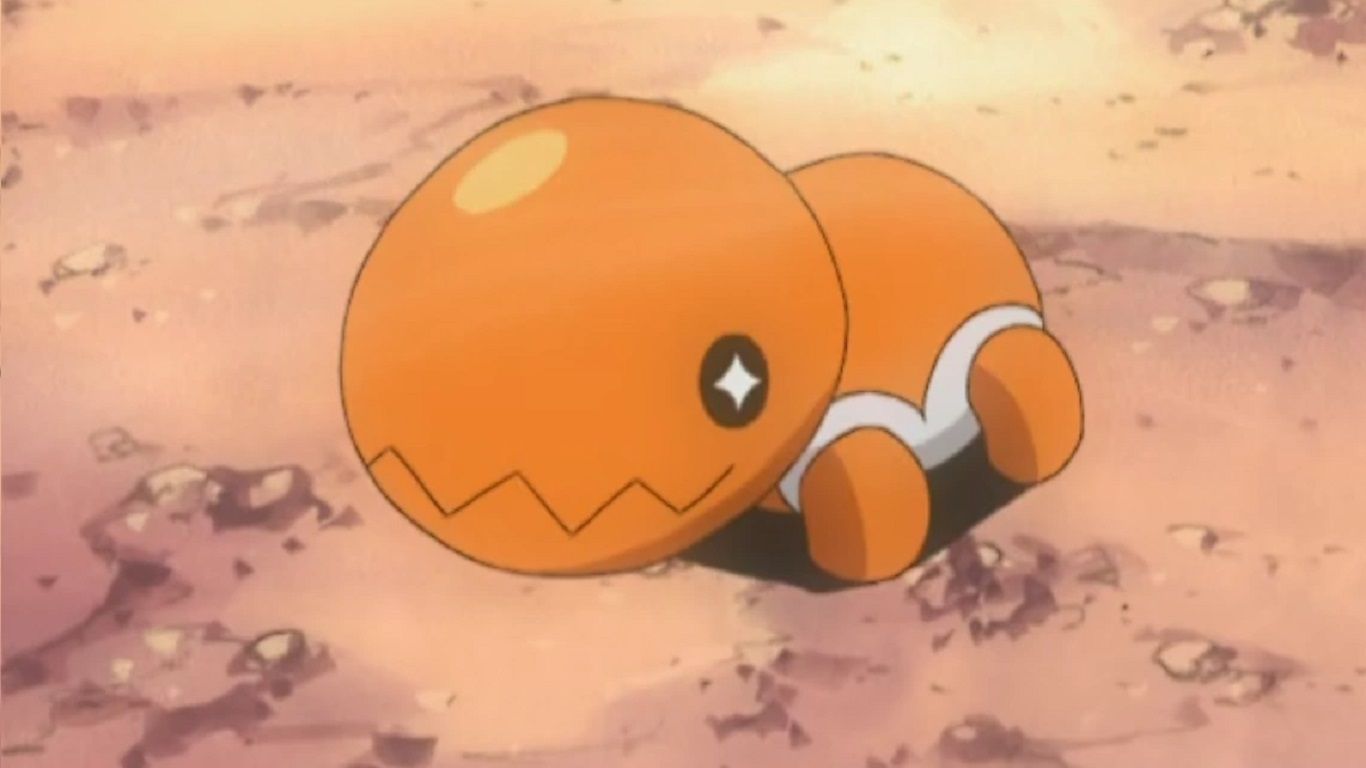 Trapinch is useful to trainers unless they are looking for Speed. The Attack and the rest of its stats are quite high for a Pokémon of its size. In a three-stage evolutionary change consisting of the Pokémon Vibrava and Flygon, Trapinch is the first-stage Pokémon.

By leveling up, Trapinch is capable of learning powerful moves like Hyper Beam, Superpower, Earthquake, and Earth Power. It’s a slow Pokémon fit for any trainer’s lineup. It’s recommended to give Trapinch the Quick Claw item to improve its effectiveness. 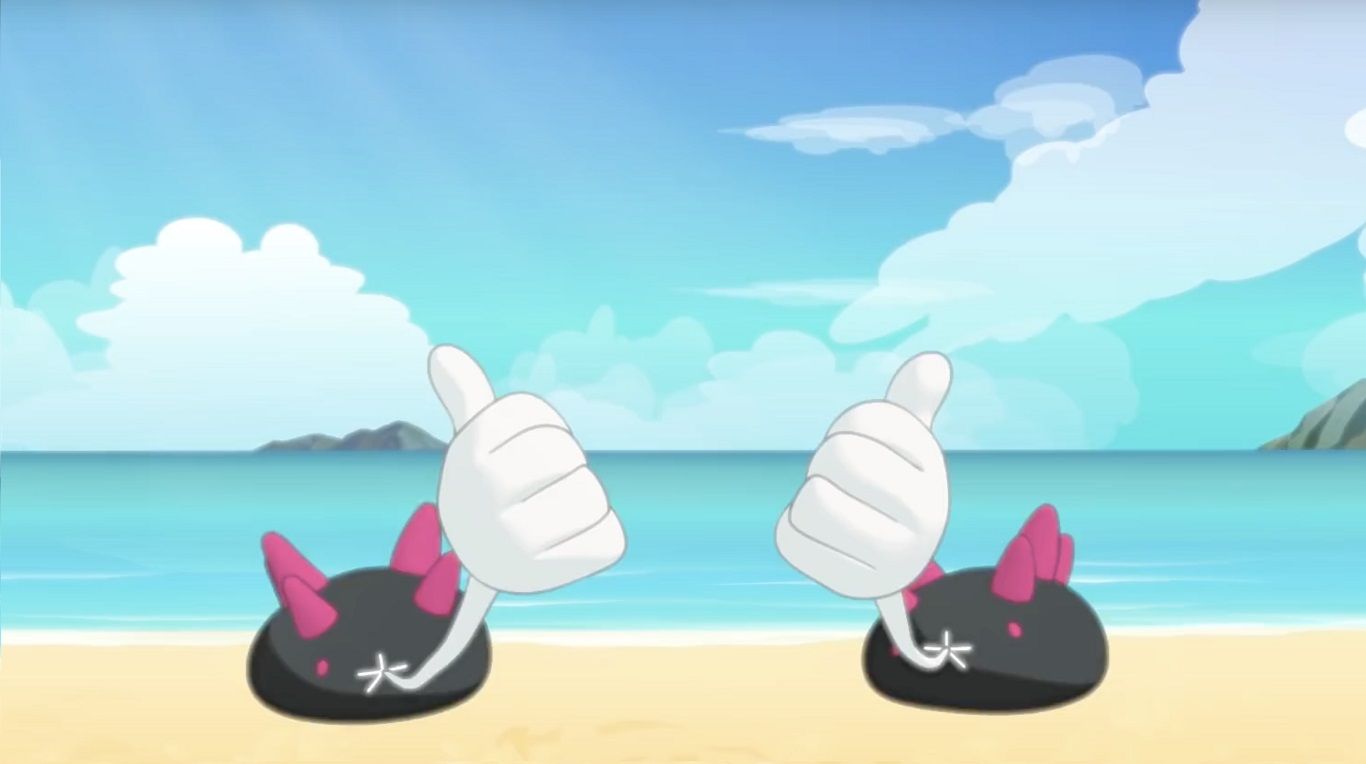 This bizarre Pokémon is, as you might have guessed, one of the slowest Pokémon we’ve encountered so far. Often found by the water, Pyukumuku is a Water-type Pokémon. You may not be able to tell at first glance, but Pyukumuku has two small pink eyes.

It can spit organs from out of its mouth and turn them into almost any shape—like a fist. It’s known for its abundance on beaches and has spikes on its head, which is why people tend to hate Pyukumuku. 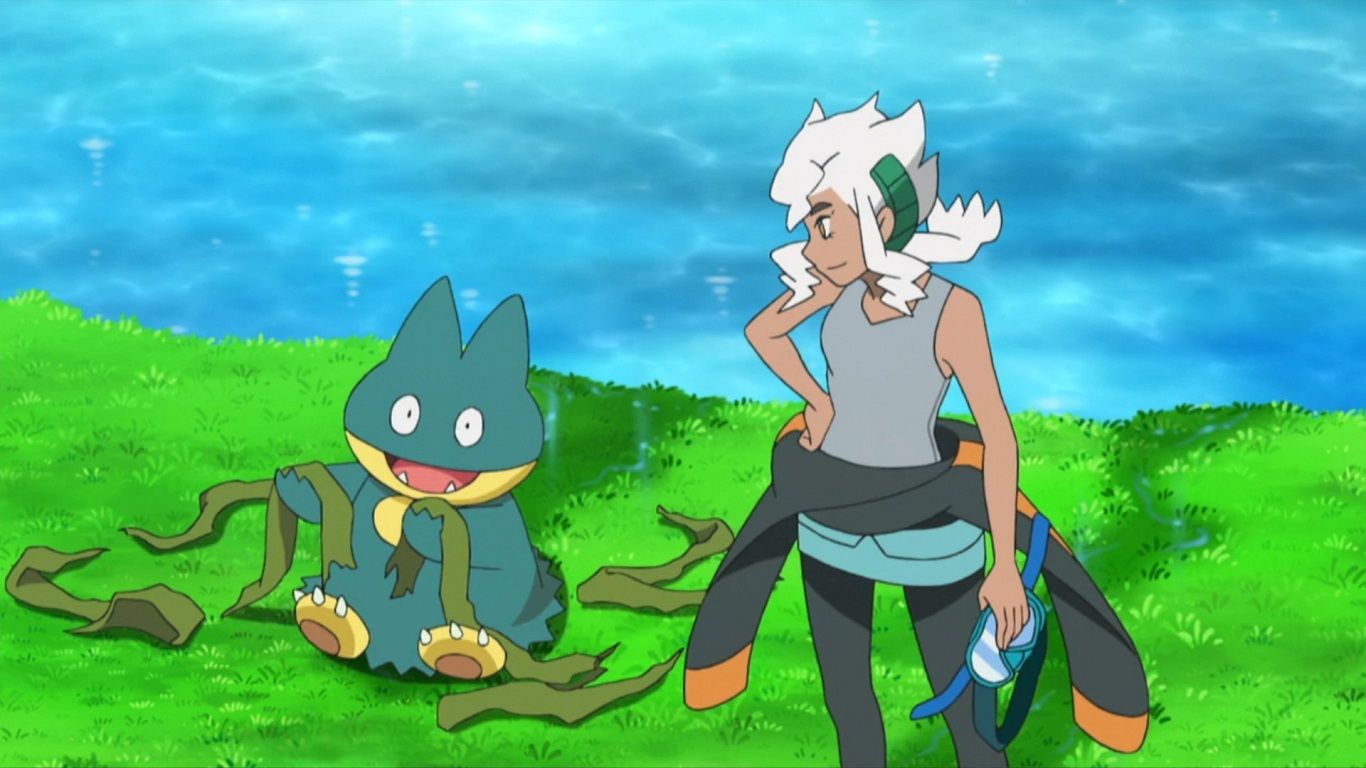 Weirdly enough, Munchlax was the first Pokémon to be unveiled for Generation IV. It may have made more sense for them to reveal a more impactful Pokémon. Munchlax evolves into Snorlax, and as you could imagine, it is even slower than a Snorlax. For Munchlax to evolve into a Snorlax, it must be leveled up with a high amount of friendship.

How this inferior Pokémon has beaten extinction is nothing short of a miracle. Perhaps it is its high health that has kept it alive all these years. Munchlax is part of a three-way tie for the slowest Pokémon in existence. 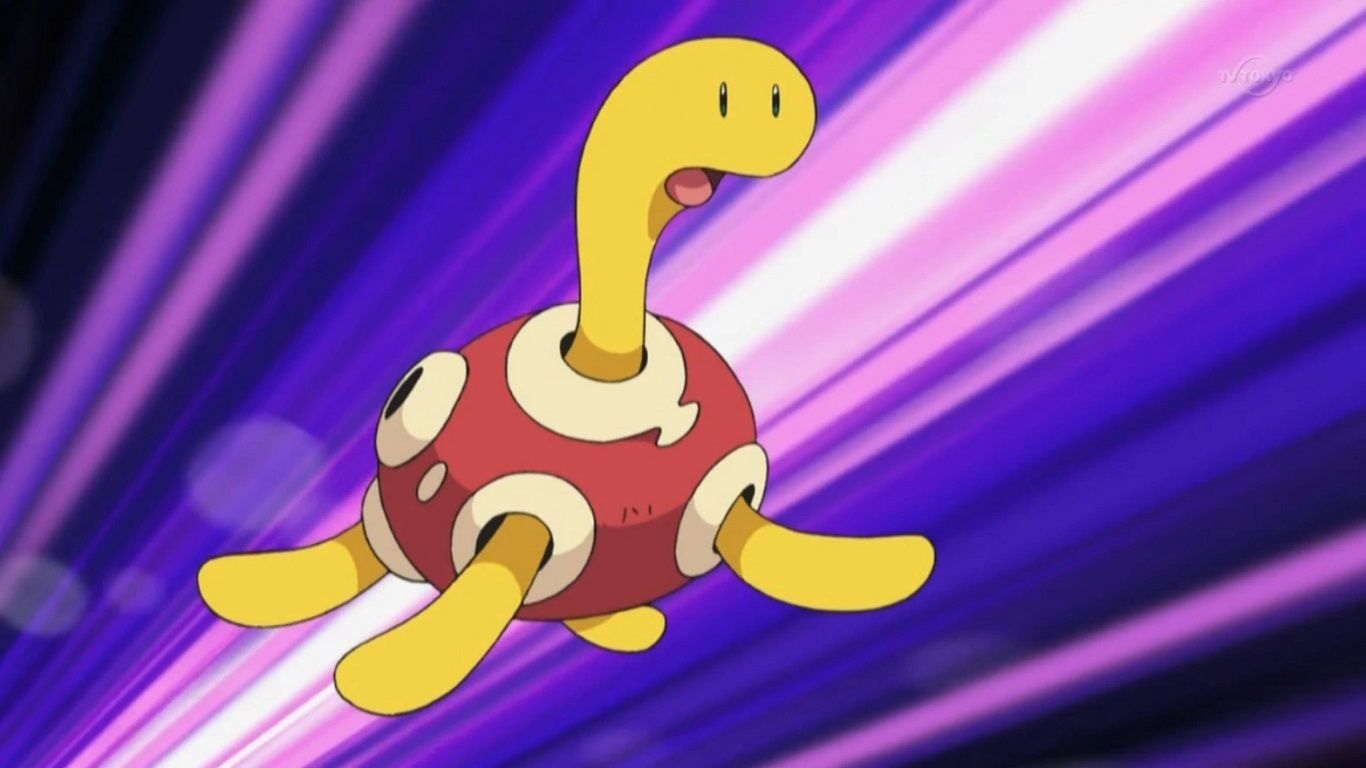 And so we come to the end of the list. Shuckle is known for storing berries in its shell and would rather be up in the mountains instead of the beach. It protects itself from attacks by retracting its head and legs inside its shell.

Shuckle, the turtle Pokémon, is one of the slowest Pokémon we have seen so far. With a lowly base Speed stat of 5, Shuckle is part of a three-way tie for the slowest Pokémon. Instead of relying on its Speed, Shuckle has a remarkably high stat in Defense. Like the Pokémon Metapod, Shuckle proves to be ineffective in battles but is an awesome Pokémon regardless.

NEXT: The Top 10 Fastest Pokémon 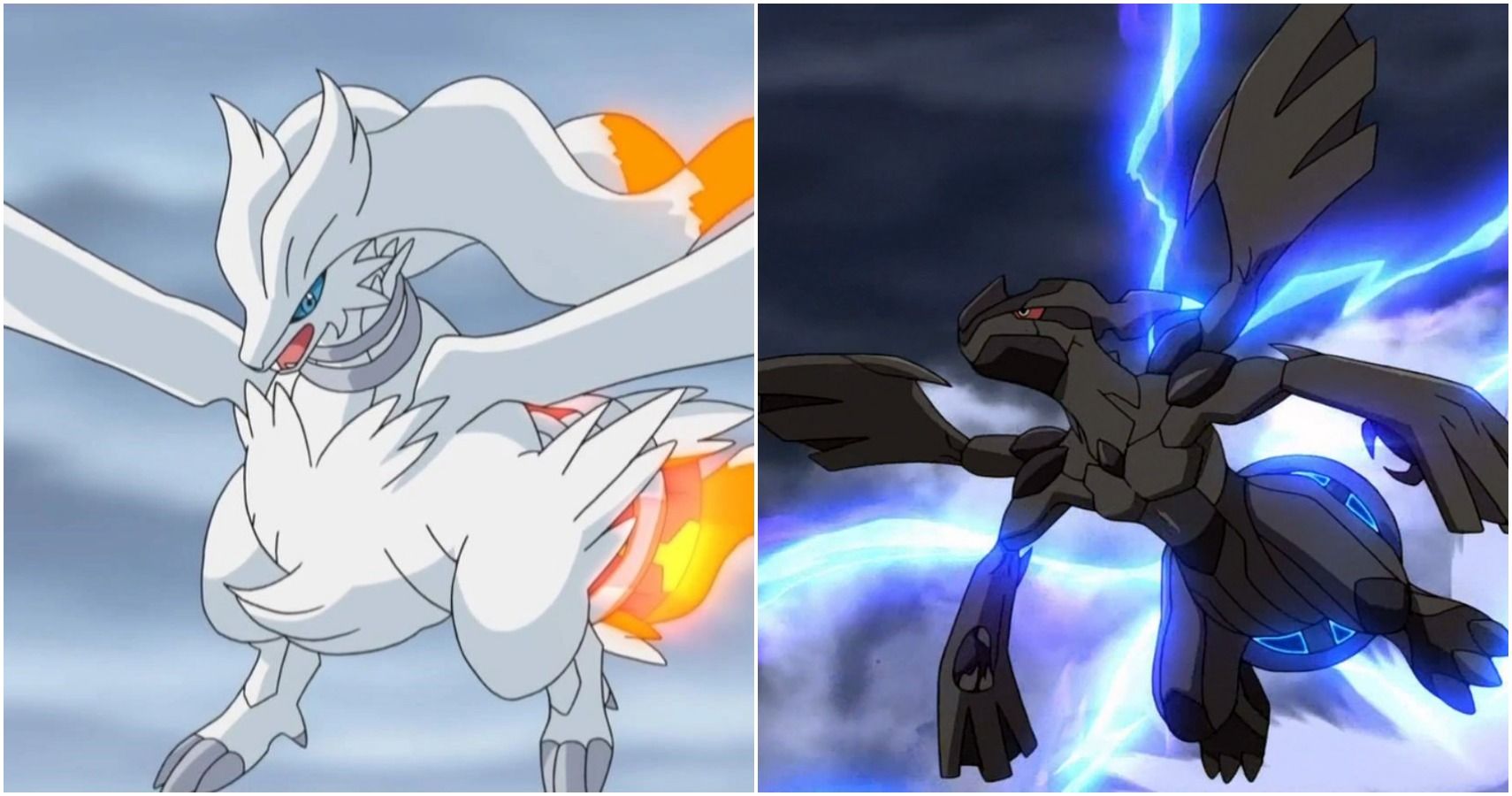