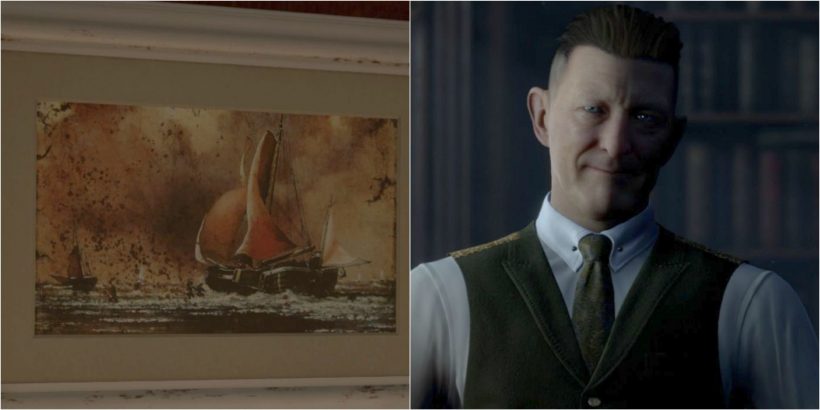 Man of Medan is the first game in the Dark Pictures Anthology. This comes from Supermassive Games, which previously worked on the equally ambitious, choice-driven horror narrative, Until Dawn.

However, beyond that 2015 adventure and the other Dark Pictures titles, there aren't many games quite like Man of Medan. As such, it can be hard to know what to expect going into the adventure. Going in blind can be exciting, but it can also lead to plenty of mistakes. Therefore, in order to make the most of your playthrough, here are some helpful tips and acknowledgments that don't go into spoiler territory.

Updated July 7, 2022 By Ben Jessey: The recent release of The Quarry has brought Supermassive games into the spotlight. As such, some people are going back to play through its other games. And Man of Medan is one of the studio's best-ever releases.

But if you're thinking of hopping into the story-based horror title, there are some things you should know first to get the best experience. We created this list to provide that information. And now, we've updated the piece to add a few more points that you should know. 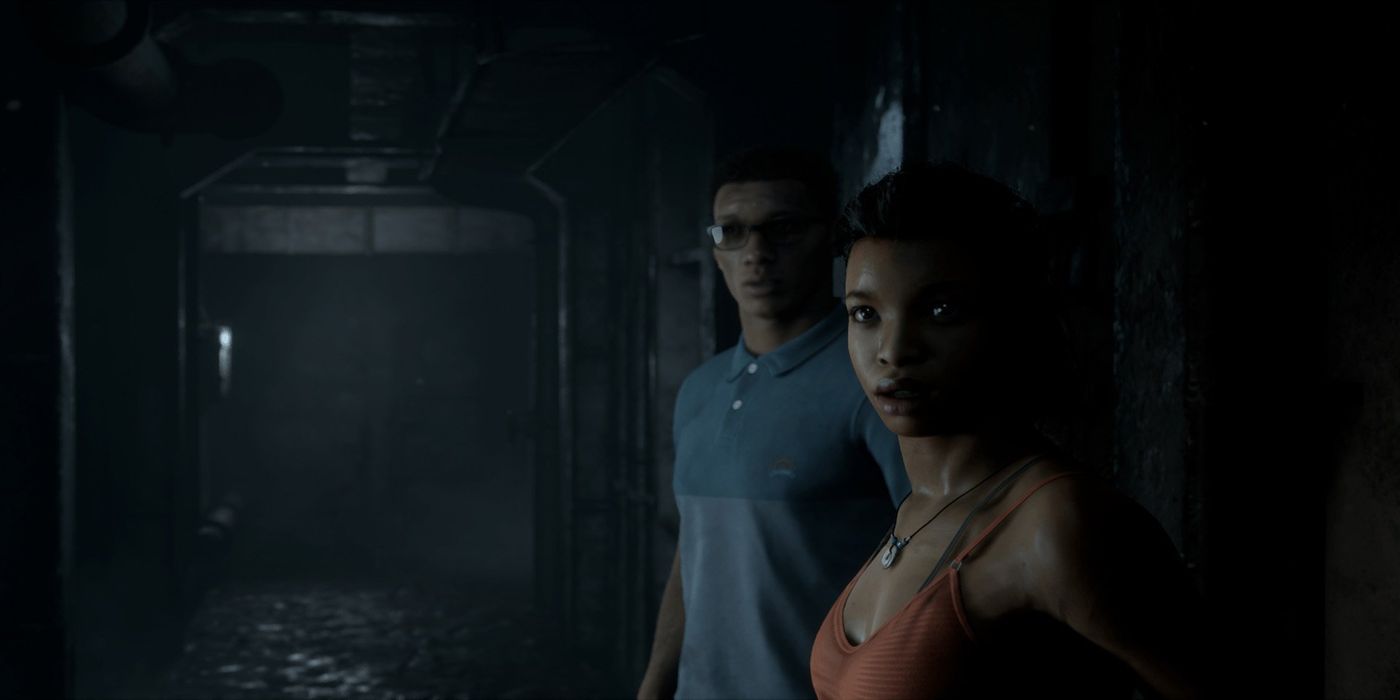 Throughout Man of Medan, you're tasked with making a litany of different choices. And they're not just superficial decisions, either, as many of them heavily impact how the story plays out.

What's surprising is it's not just the big choices that matter. There are several small and seemingly innocuous judgment calls to make that can have disastrous consequences later in the game. So, while playing through, you must make sure to take every decision seriously.

11 Every Protagonist Can Die 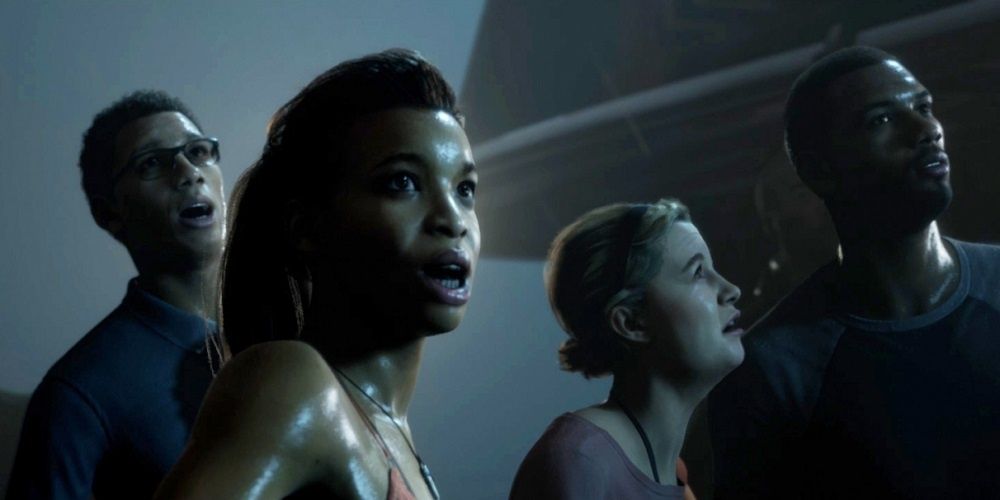 If you haven't played Until Dawn or any of the other Dark Pictures games, you should know that none of your characters are indestructible. All of them are under threat throughout the entire game. Of course, they can't die in every encounter. But there are ample opportunities for each of them to perish.

If you make a lot of wrong choices – or right, depending on your goal – all of them can die, making for a pretty sad end to the story. Yet, ending the game with no protagonists will teach you that this is a game where your choices matter. 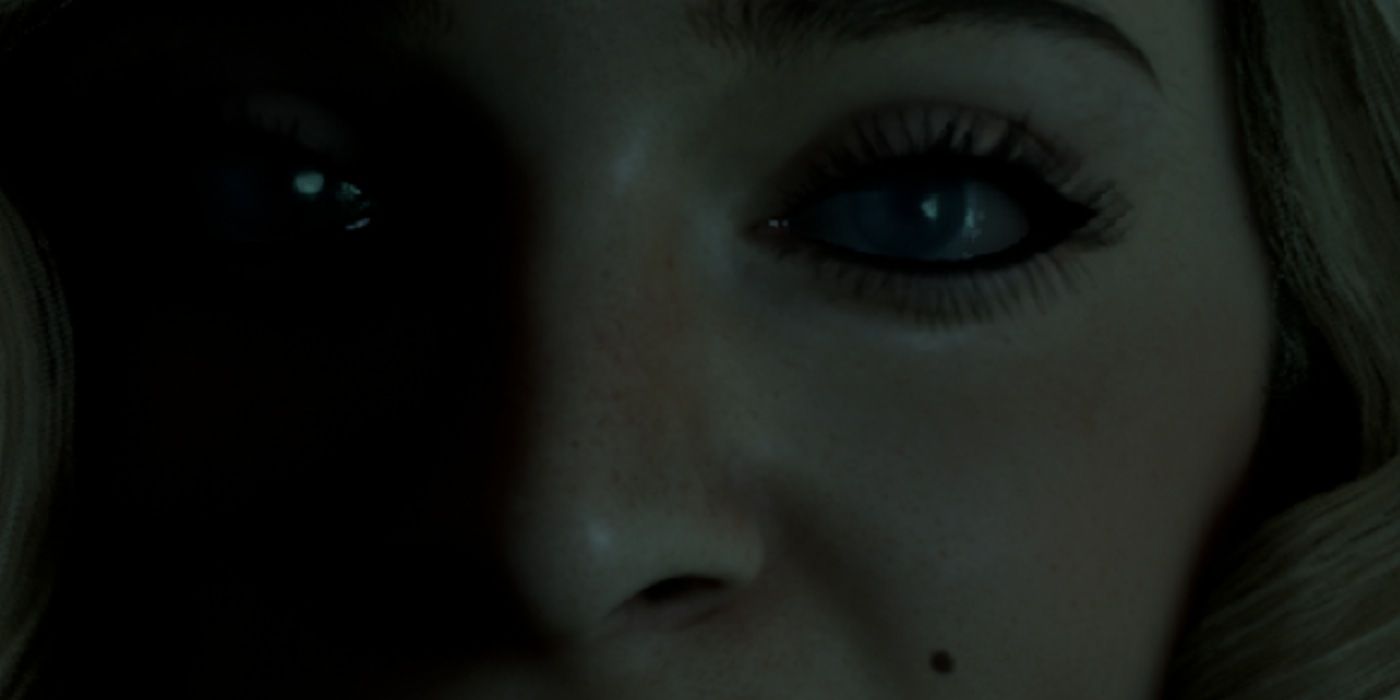 Most of the time it's great to use headphones, especially with spooky, or atmospheric games. Control was one that gave a great ambiance what with the creepy voices of the Hiss constantly babbling in the background.

Under no circumstances should headphones be used in the Man of Medan, though. This game loves jump scares. Jump scares that crank the volume up to a million. Using headphones then would surely make the old eardrums bleed. 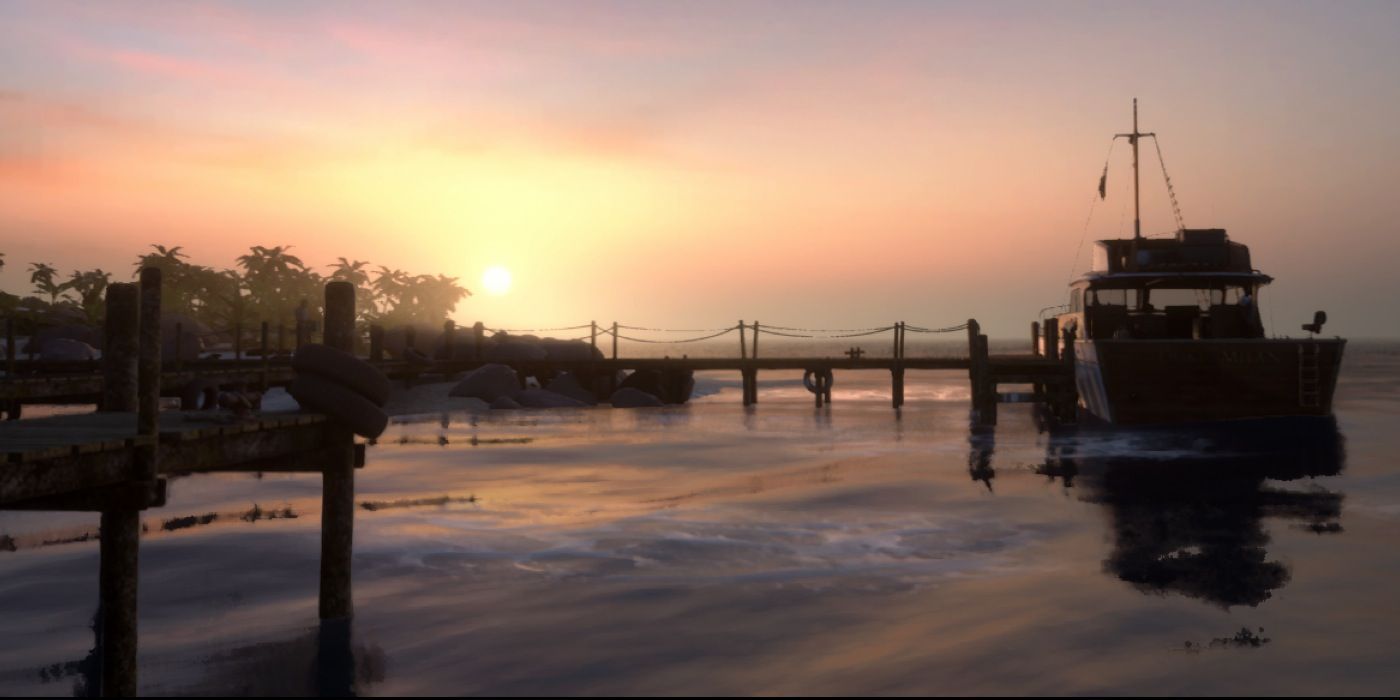 For those hoping to play a spiritual sequel to Until Dawn, there's good news as it is everything and more in terms of the general arrangement of character choices, quick-time events, and so on.

The one thing that may be a bit jarring is the fact that this is a cheaper experience, meaning it's not as technically impressive, especially the water. The frame rate can get choppy and the lip-syncing can get off track because of this. None of this ruins the experience though. Just don't expect something on the same scale as Until Dawn. 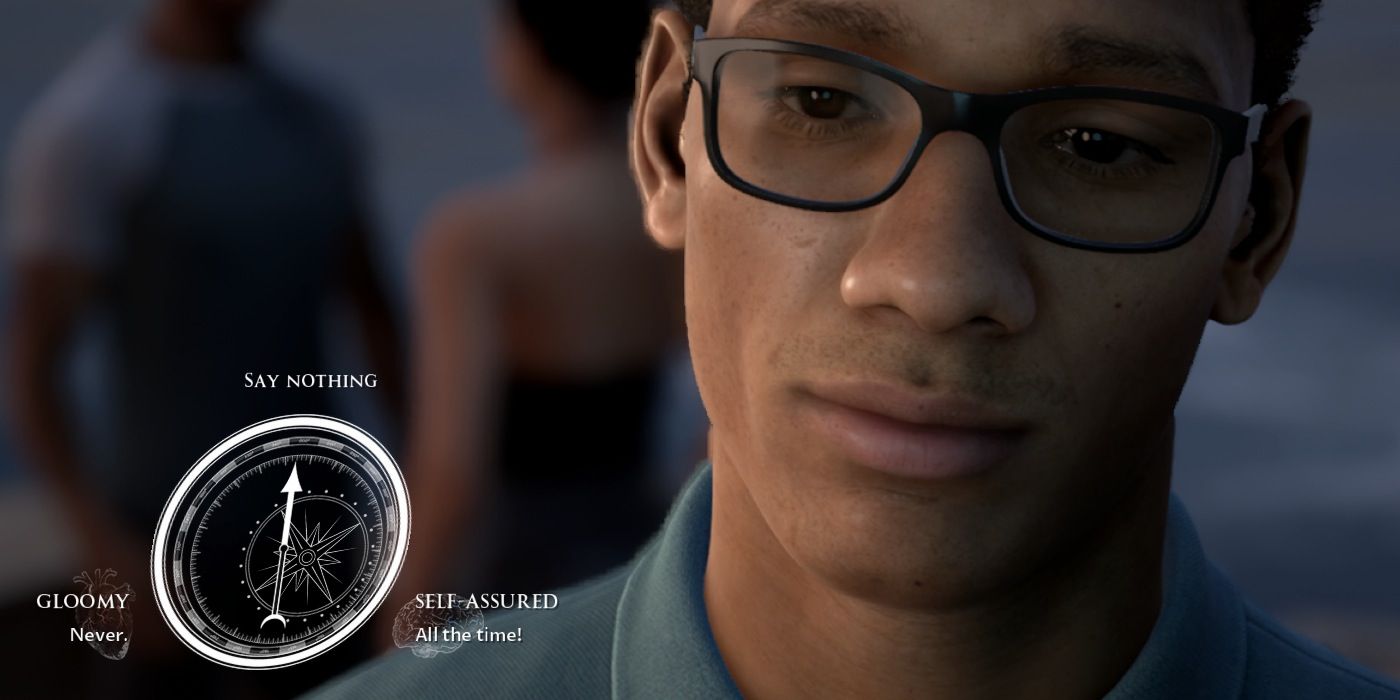 As is the case with most story-driven adventure games, like Until Dawn, there are quick-time events. And they seem particularly fast in this game as you only get a split-second for most of them. It is unbalanced given that aiming sections or dialogue choices give players a lot more time.

Therefore, make sure to play this game on the system one is most accustomed to so that the button layout is second nature. It will make things easier due to these time restraints. 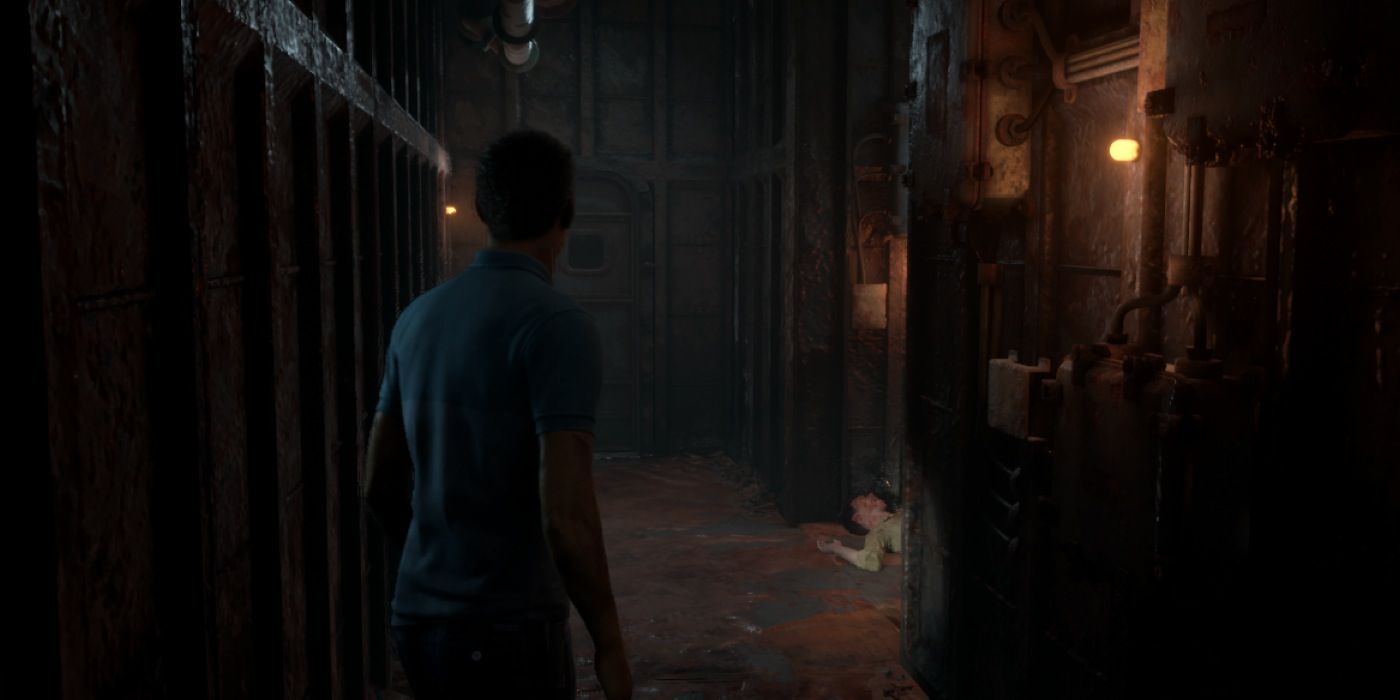 For some reason, Supermassive Games thought it would be a fun idea to bring back tank controls. To be clear the characters have a little bit more movement than in the original Resident Evil games. That said, they still control like they weigh a thousand pounds.

This can make navigating cramped environments tricky. Just be prepared to know this knowledge going in so that it won't be so horrifying at the start. 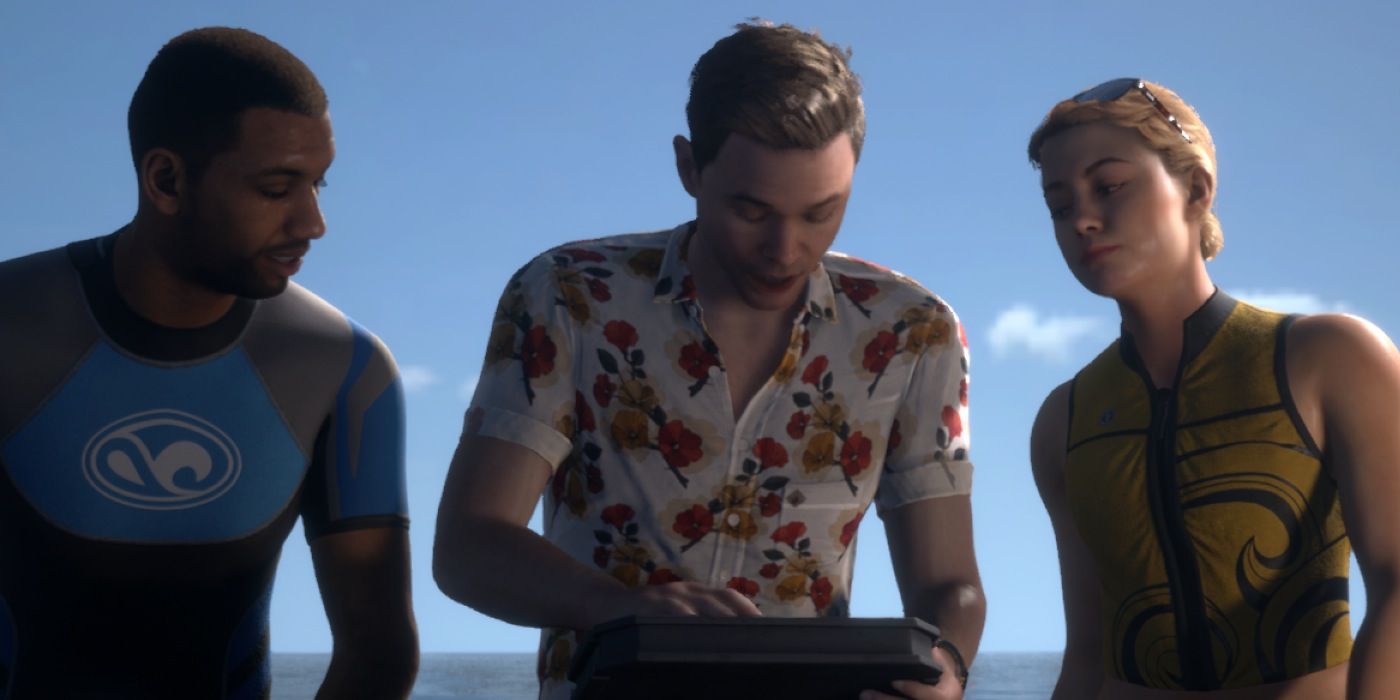 Besides solo play, there are two multiplayer options. Online you can play with one friend and you share one story, each being able to make decisions alternatively as the game dictates.

There is also couch co-op, which allows players to pass the controller around and is less exciting. Technically any game can be played like that so that inclusion is a bit weird, but definitely try out the online mode with a close friend. After all, Man of Medan is one of the best story-based co-op games. 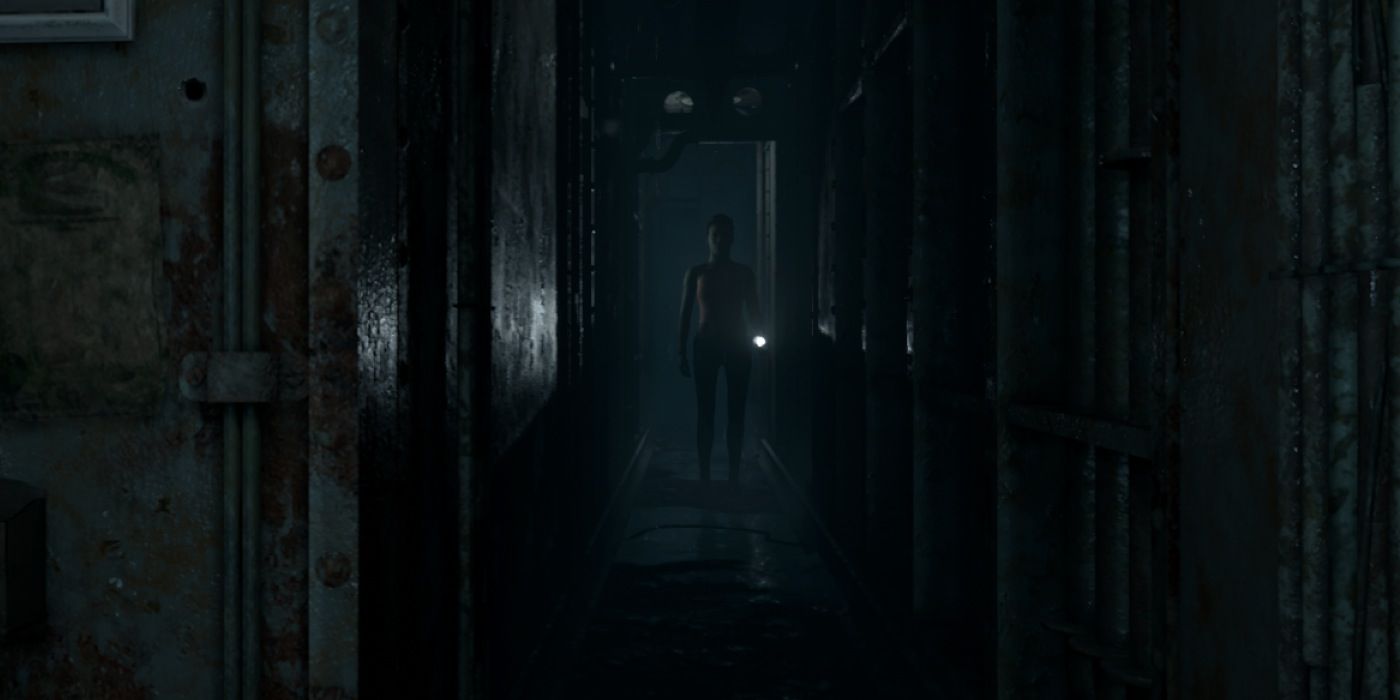 Man of Medan is technically very linear in terms of environments. Most of the game will be spent going down long, dark, cramped hallways with maybe an open door or two you can explore.

As linear as this may appear in terms of gameplay, the wealth of options in the dialogue trees more than makes up for it. To be clear, every choice only has two logged options while the third is staying silent. Never stay silent by the way. The game then mixes linear exploration with variation in other ways. Make sense?

4 Exploring Has No Time Limit 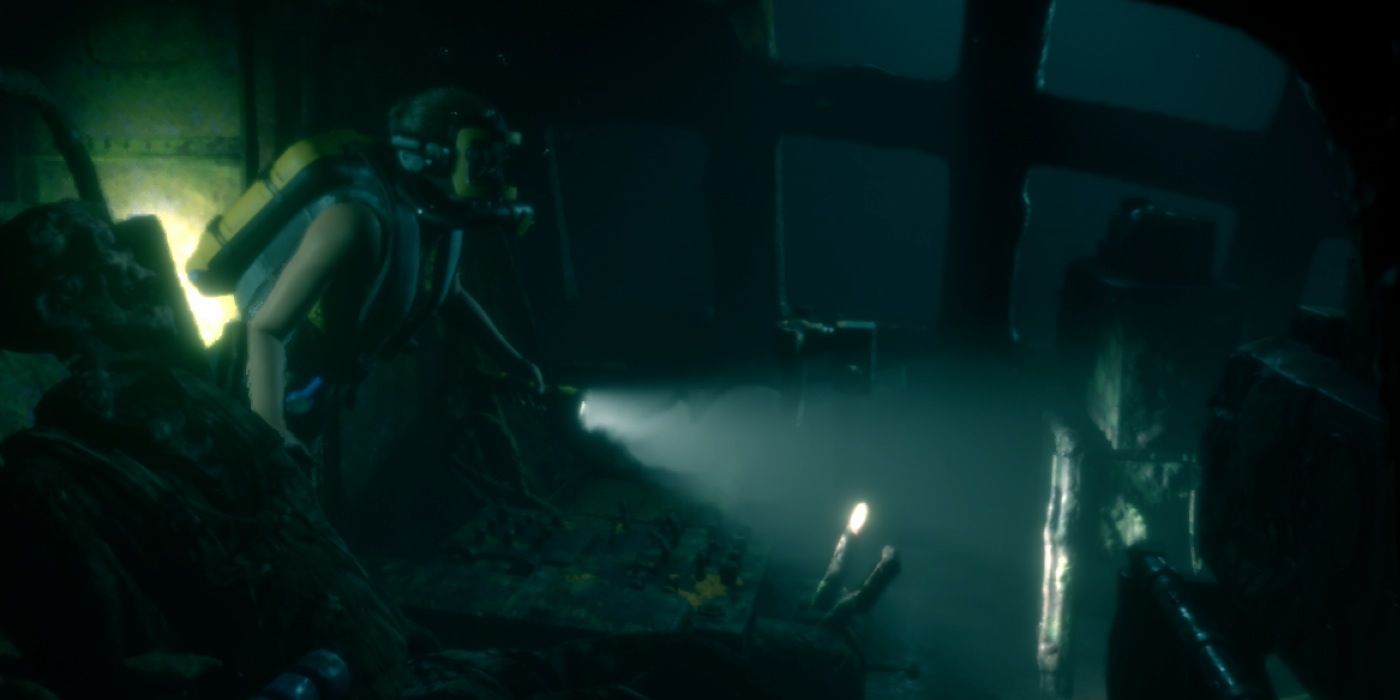 Another thing to note about the exploration is that there are no time limits. Most situations have no constraints at least, but there are exceptions. Anyway, as a general rule, even though a situation may seem dire, a character has an ample amount of time to search rooms at their leisure.

There is always something that will prompt the next scene though so be careful. This may make players miss out on opportunities just because they felt like they were guided to the next objective.

3 Look Out For Paintings 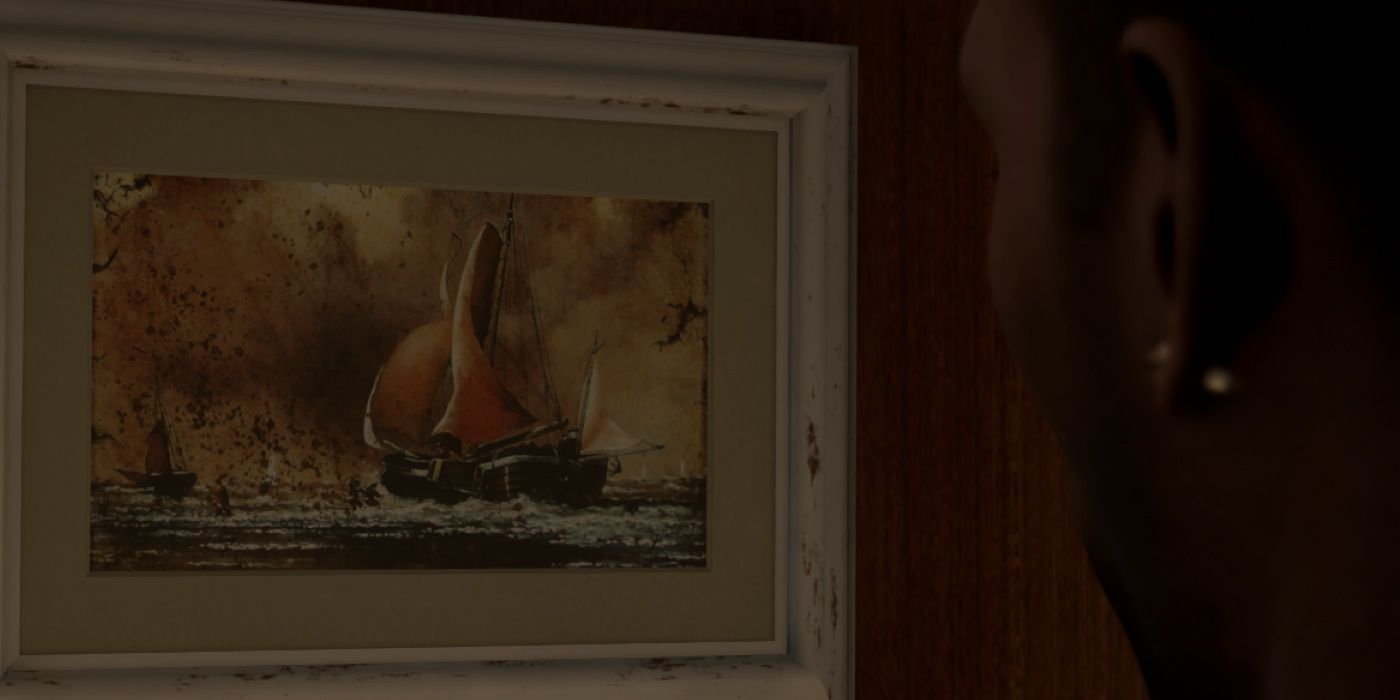 One of the most prominent things to keep an eye out for, while exploring, is paintings. Their presence is almost always obvious as they have a certain sheen to them.

What do these paintings do? Like objects in Until Dawn, touching them will create brief two to three-second snippets of things to come. Viewing these may give one insight into future choices based on what is happening in these clips. Yet, the clues are often very vague.

Altogether there are five main characters to play as. The story switches between perspectives in-between chapters. There is Alex, his brother Brad, his girlfriend Julia, and her brother Conrad along with their hired captain, Fliss.

Once characters appear for the first time, their traits will be highlighted on screen. These may seem inconsequential but pay attention. These traits can even be referenced when pausing the game as a refresher. Making character choices in line with basic instincts will prove fruitful.

1 Go With The Flow

While playing Man of Medan, it's best to go with the flow. It may be a point of pride in order to get the "best ending" because that is the natural goal in video games, but doing so may ruin the fun of choice-driven narratives like this.

Completing the game once should be the main goal and having fun along the way. Screwing up is part of one's story and sharing it with others is what makes experiences like this great.