Borderlands 3, like its predecessors, contains a handful of immensely distinct classes, each of which comes with their own strengths, weaknesses, and overall “feel.” One particularly enjoyable class, however, is the Beastmaster by the name of FL4k.

This faceless, robotic Vault Hunter contains a variety of strengths, and holds a myriad of fun skills sure to add to the already chaotic scenes of BL3. With their sharpshooting precision, stealth, and ability to unleash rabid pets in battle, the Beastmaster comes with a variety of amusing traits to play around with and take control of skirmishes.

Given the variety and intricacy of BL3‘s new skill tree though, it can be difficult to determine how to best exploit their strengths and build them to their full beastly potential. We’ll seek to do just that with this list, covering 10 strategies, emphases, and builds that will work towards unleashing your true Beastmaster powers. 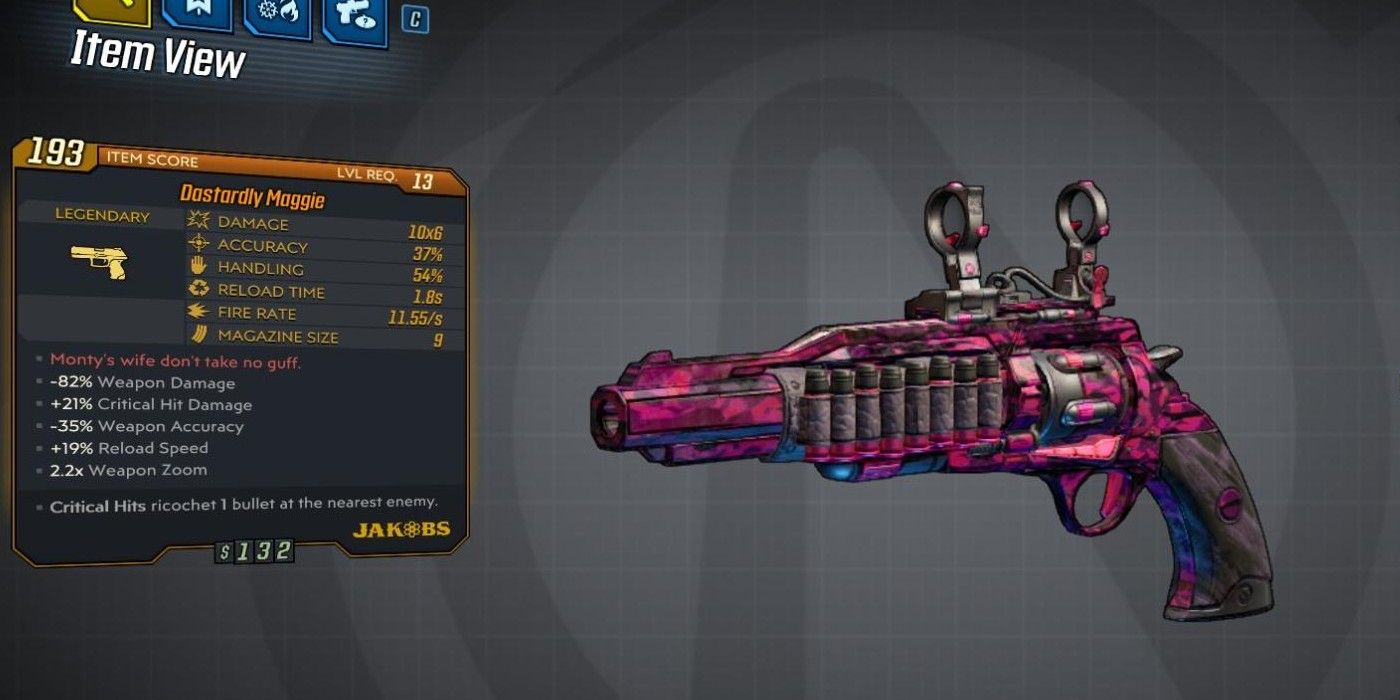 One key strategy for playing an effective Borderlands 3 game, with FL4K or otherwise, is to compile a build of skills, weapons, and augmentations that complement or enhance each other. One of the best ways to achieve this with the sharpshooting, critical hit-loving Beastmaster is to specifically gun for Jakobs-brand weapons.

Not only are these weapons often pretty accurate, but they frequently come with crit bonuses such as ricocheting bullets when a critical hit is achieved, or have helpful features like added zoom. One solid example is the Legendary pistol called the Queen’s Call, as it’ll ricochet 3 bullets and return 3 bullets to the magazine. 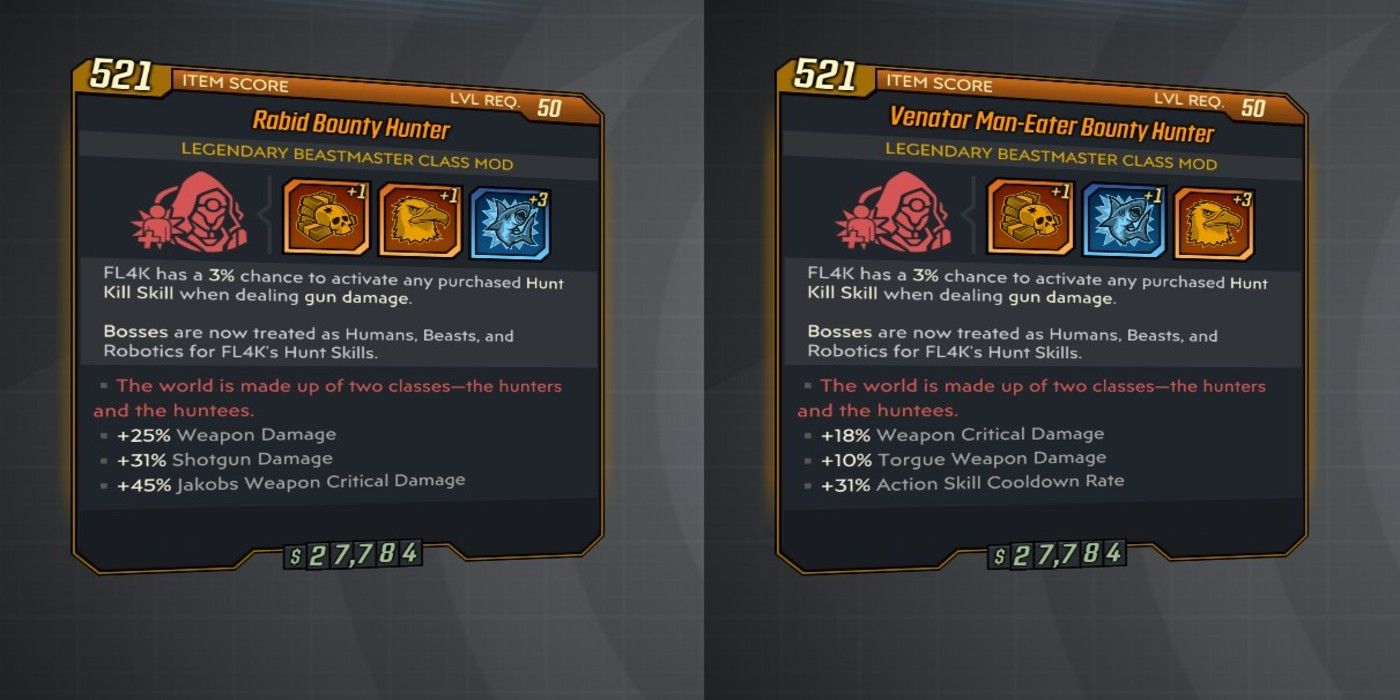 Like any class in Borderlands, FL4K can benefit greatly from a potent mod, especially one that enhances his strengths such as critical hits, weapon/pet damage, and Action Skill cooldowns. You’ll want to particularly gun for the purple (Epic) or gold (Legendary) Beastmaster mods.

One example of a high-powered mod that your Beastmaster can thrive with includes the Rabid Bounty Hunter, which jacks up critical and heavy weapon damage, and makes bosses far easier. Another is one included with the Moxxi’s Heist of the Handsome Jackpot DLC, called the St4ckbot, which rewards consecutive critical hits.

8 Exploit Fade Away Plus Guerillas In The Mist 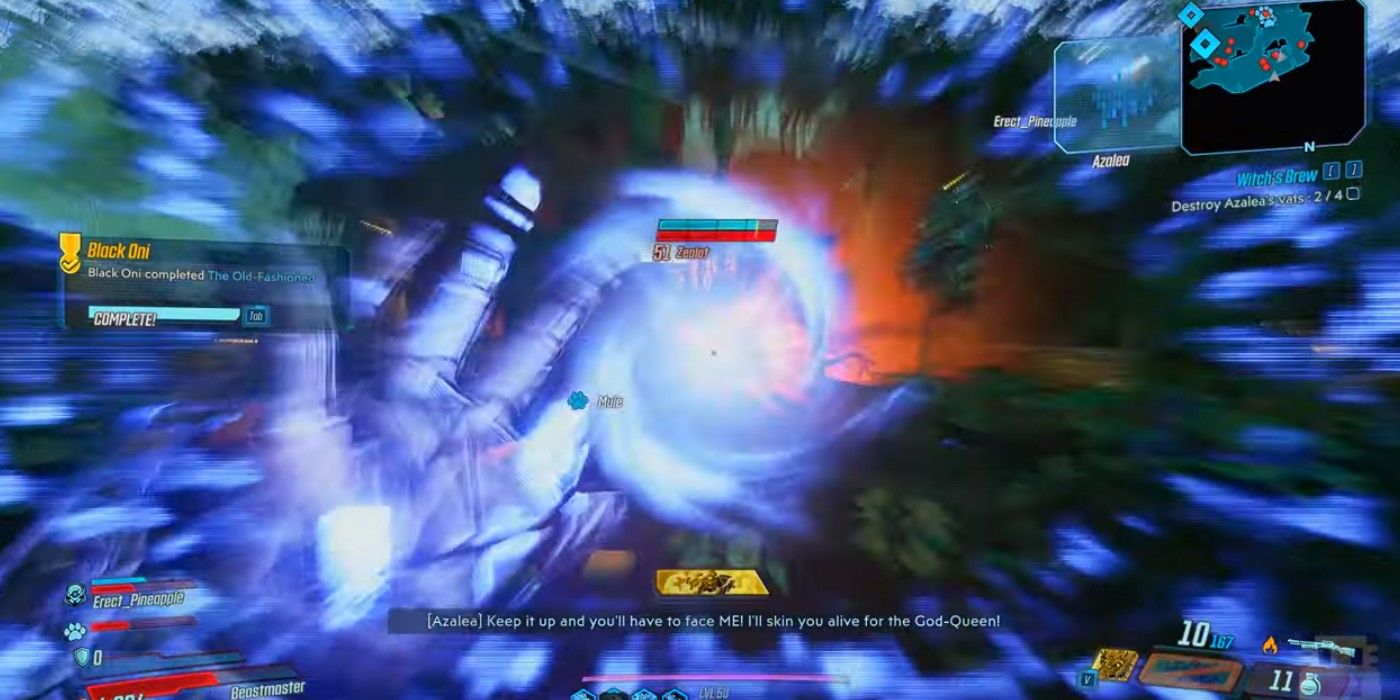 One of the Beastmaster’s coolest traits is his ability to Fade Away, which will cloak you for a short period of time. Not only is this useful for safely taking out foes initially, but it can also be coupled with and enhanced by other skills that can allow you to milk more use out of it.

Using the Action Skill Augment called Guerrillas in the Mist (tier 2 of Stalker Tree), will extend this move to 8 seconds rather than ending merely after shooting 3 times. Your critical hit damage will go down, but it’s jacked up 200% by default when using this anyway. You can also emphasize Persistence Hunter to further increase the duration of this skill. 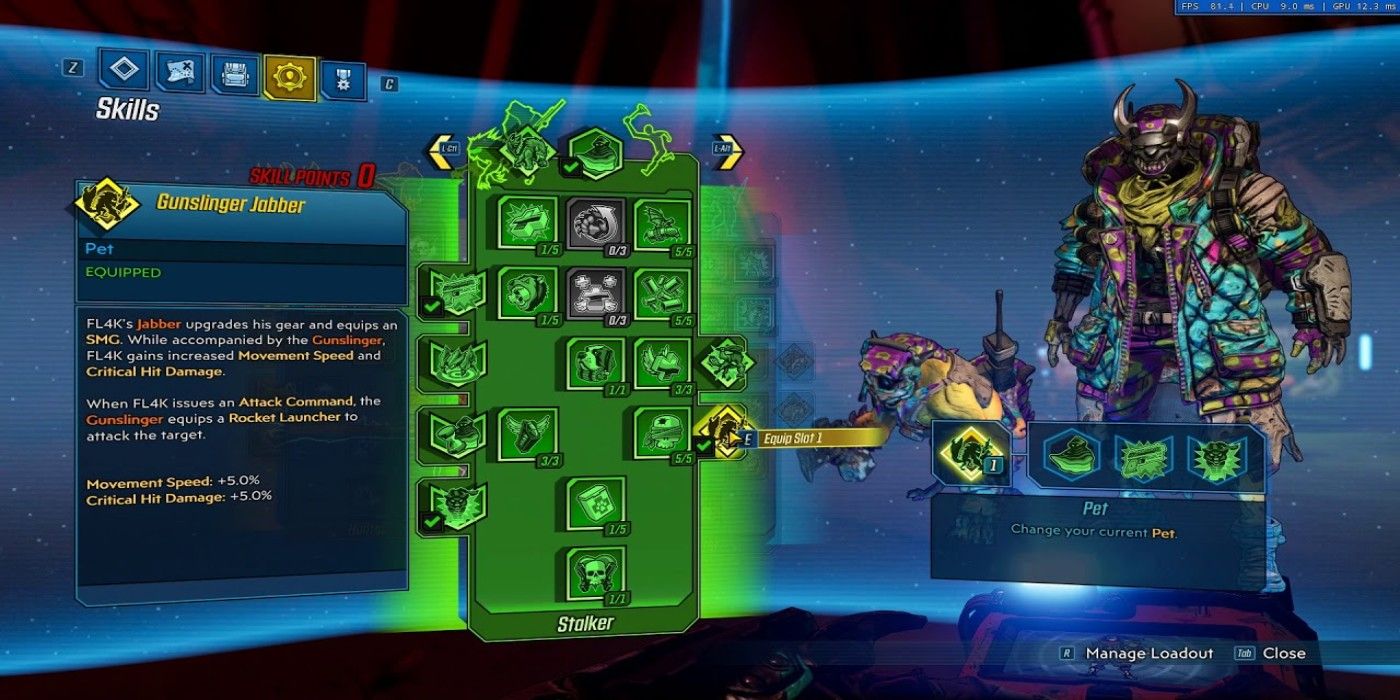 A crucial component to the Beastmaster, especially for those who emphasize straight-up damage, is having a helpful pet. While these sidekick beasts aren’t always the most useful, especially during boss fights and the later, rougher portions of the game, they can make a dent early on and help augment FL4K.

One of the best choices overall is the Gunslinger Jabber, a pet augment that can be found in the 4th tier of the Stalker tree. This is useful, for one, because the Jabber’s pistol gets upgraded to a stronger SMG. But more importantly, this juiced-up Familiar grants FL4K increased movement speed and critical hit damage; both of which do well to complement the impactful Fade Away. 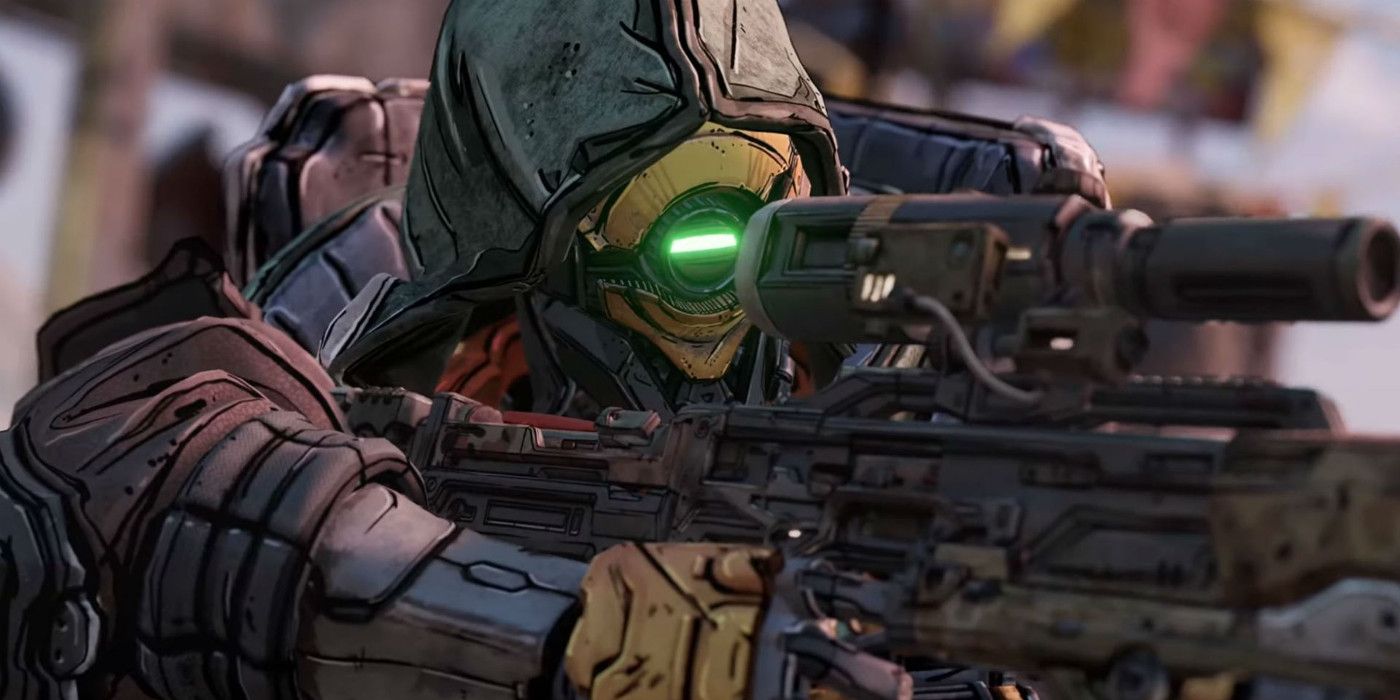 While the Beastmaster does partially resemble BL2‘s Mechromancer on account of his pet, he also holds some similarities to BL1‘s Hunter class, Mordecai. Because of this, you’ll want to focus on weapons that go well with his sharpshooting, crit-heavy traits. This means you’ll often want to emphasize powerful snipers, as they tend to be more accurate and make it easier to notch clean headshots.

Again, you typically can’t go wrong with Jakobs snipers, but really this type of weaponry as a whole can make you a killing machine if used well. They’ll exploit your strengths and minimize your weaknesses.

5 A Build That Stresses Soloing And Stealth 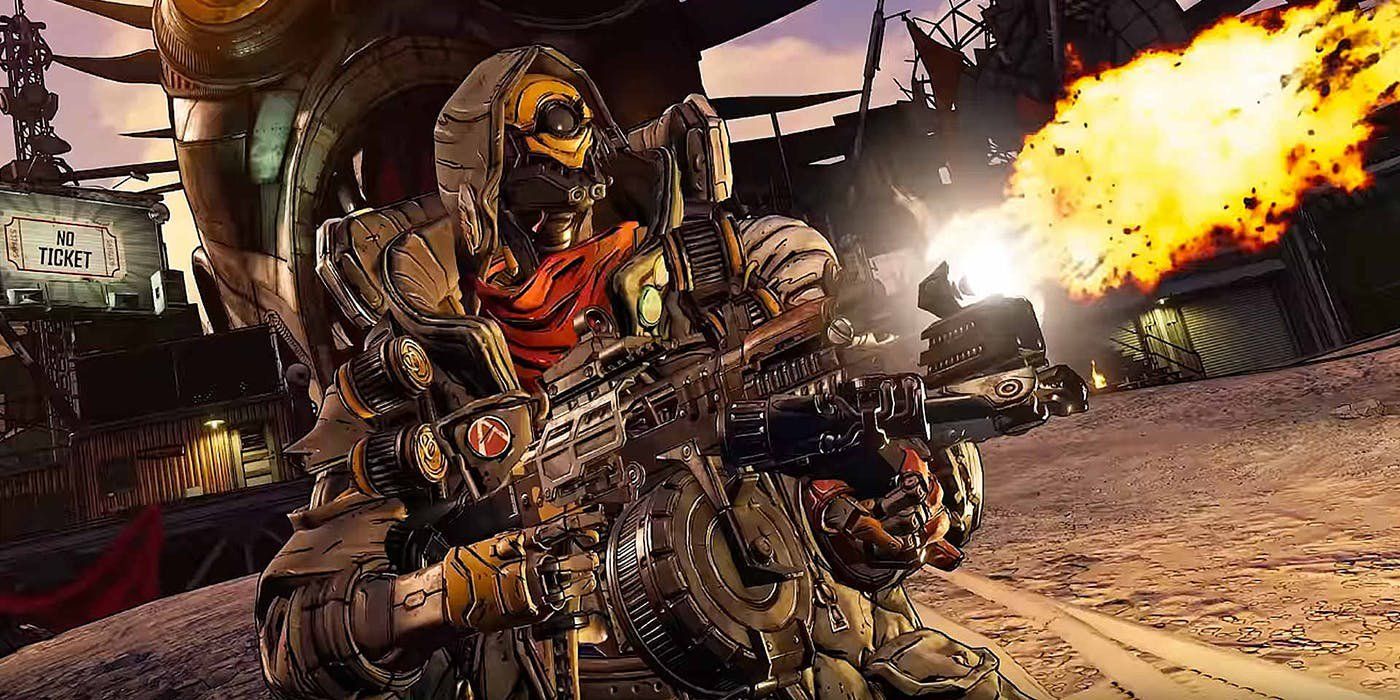 This is a good option for those who prefer to err on the safe side rather than dangerously going in guns blazing, while still being effective in your damage output. You’ll want to lean heavily on the more stealthy, self-sufficient “Stalker” skill tree for this one, while specifically targeting Fade Away and Hidden Machine. The latter makes a terrific complement to Fade as you’ll do increased damage when you’re not being targeted.

Also, focus on The Power Inside, which will double your damage if FL4K is at full health. The Fast and the Furryous achieves this same function, but for about half health. The cloaking and regen you’ll get from Fade Away and others, plus the increased damage from likely having more health will make you tough to kill. 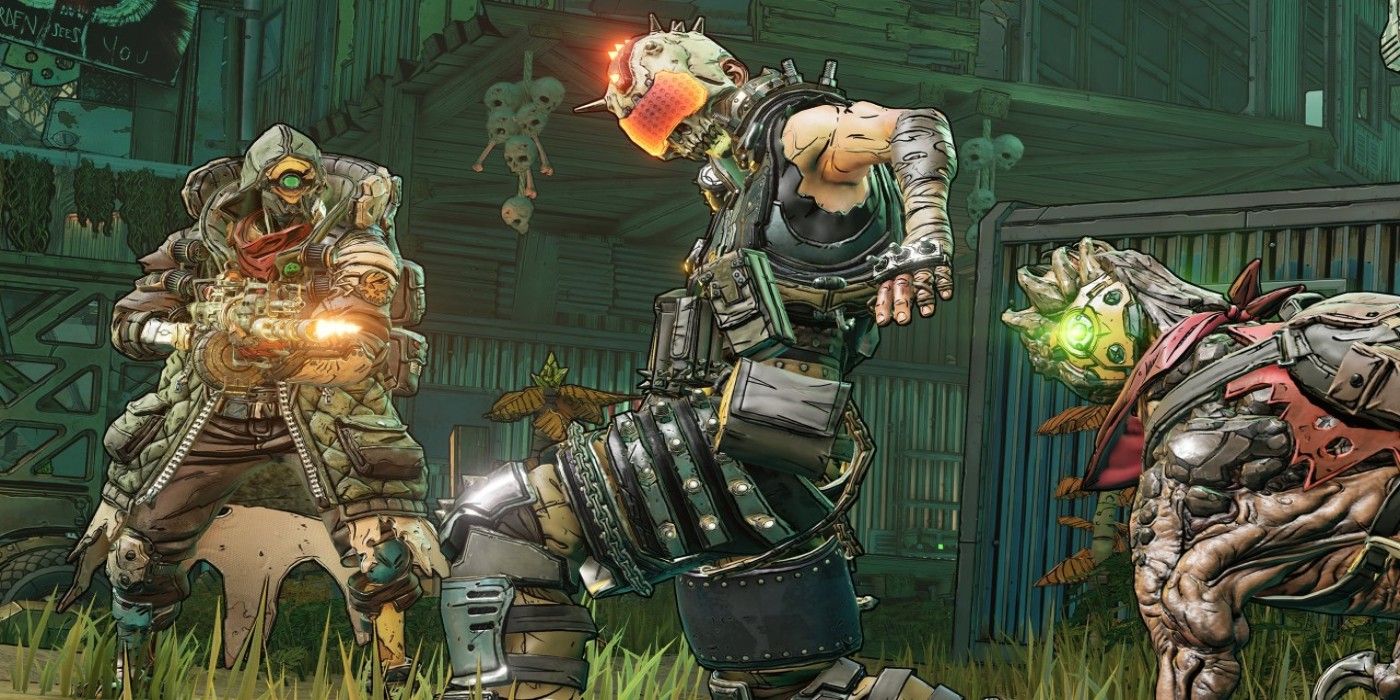 Like our previous entry, these next 2 skills compliment each other quite well, and will increase the already beastly potency of your Beastmaster. Furious Attack will jack up your damage with each consecutive hit, while Overclocked increases your rate of fire allowing you to pump in quite a bit of damage in a short period of time.

Having these enabled along with Fade Away will allow you to pull off these consecutive hits far easier as your targets won’t be moving around as much compared to when you aren’t cloaked. 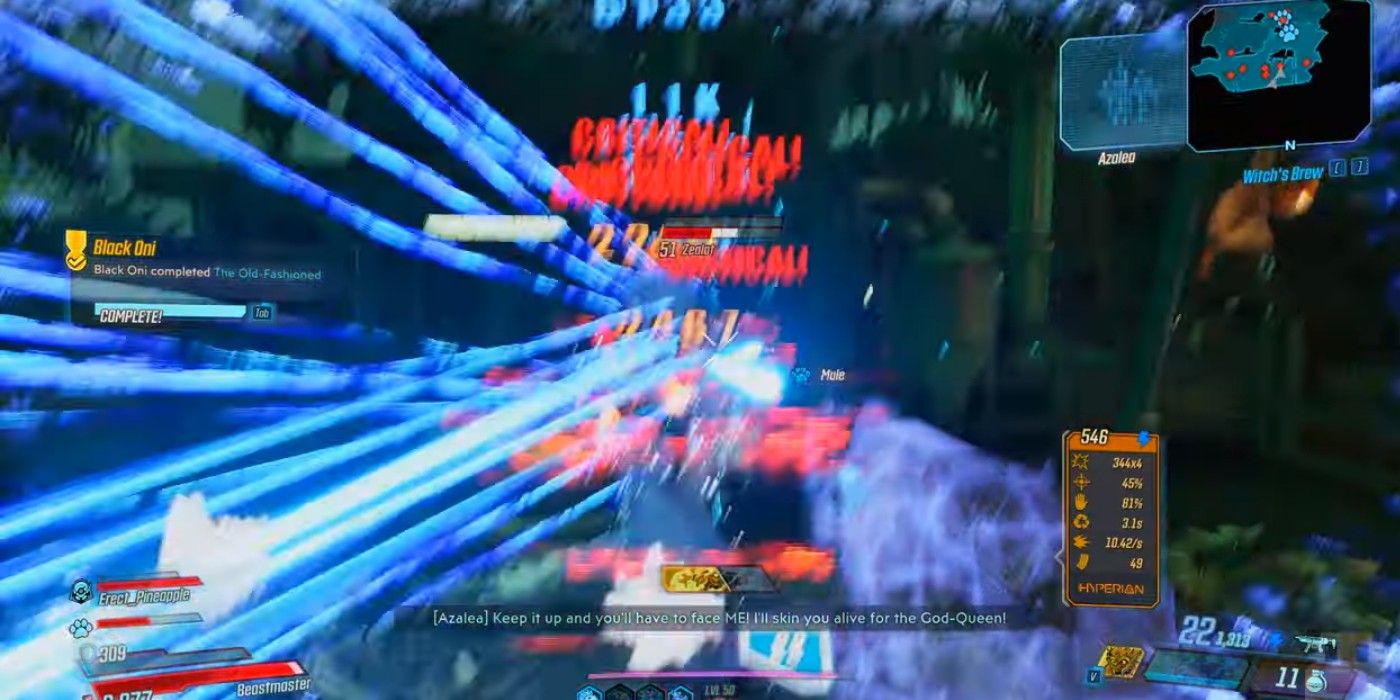 If you favor sniper and nailing headshots, which FL4K tends to be known for anyway, you’ll want to focus on the Hunter skill tree primarily, as there are a number of skills that complement this potentially impactful playstyle. This includes passive skills that jack up your damage or restore ammo upon getting criticals, as well as swifter Action Skill cooldowns.

One of the best things to “shoot” for here is the ever-useful Megavore skill, which gives you a chance to get a critical hit by hitting other areas aside from the head. Focus on skills early on like Leave No Trace, Ambush Predator, Unblinking Eye, and Second Intention to reward crits. Finally, pair this with weapons (again, Jakobs specifically) that offer bonuses for crits to make even more of an impact.

If you’re a sharpshooter, or plan on using Fade Away frequently to notch surefire crits, you can definitely be a beast with this build.

2 Beef Up Your Pet 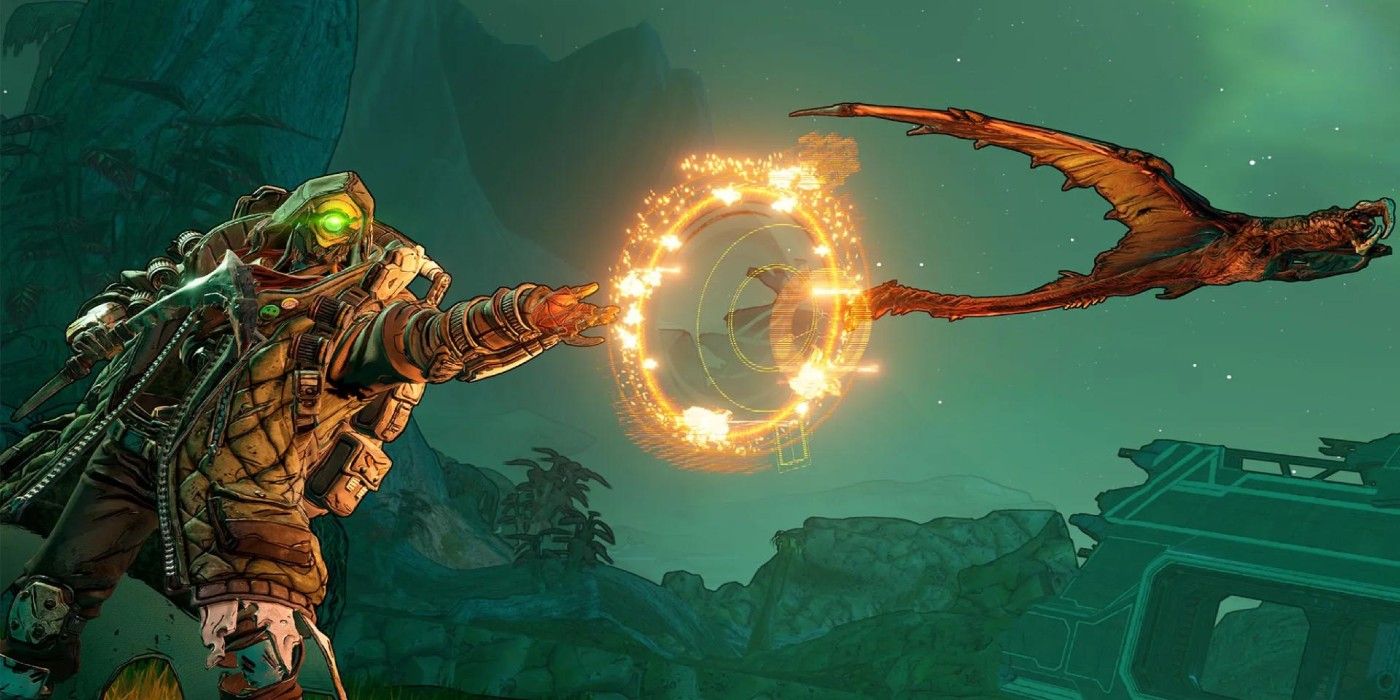 One of the most fun and useful gimmicks in FL4K’s arsenal is his ability to sick his ravenous pet on enemies. Thus, it’s a good idea to power up your pet quite a bit, especially if you’re not the greatest shot or don’t favor stealth as much. What’s better is that more recently, various pet-focused skills received buffs that allows them to be even more devastating.

You’ll primarily want to focus on the Master skill tree in this scenario, as many of the abilities here will beef up your pet in one way or another. You might want to also take advantage of Interplanetary Stalker (Hunter tree), in addition to various other Hunter skills that can further add offensive power to your pet as well as yourself.

1 Be A Survivalist With The Help Of Your Pet 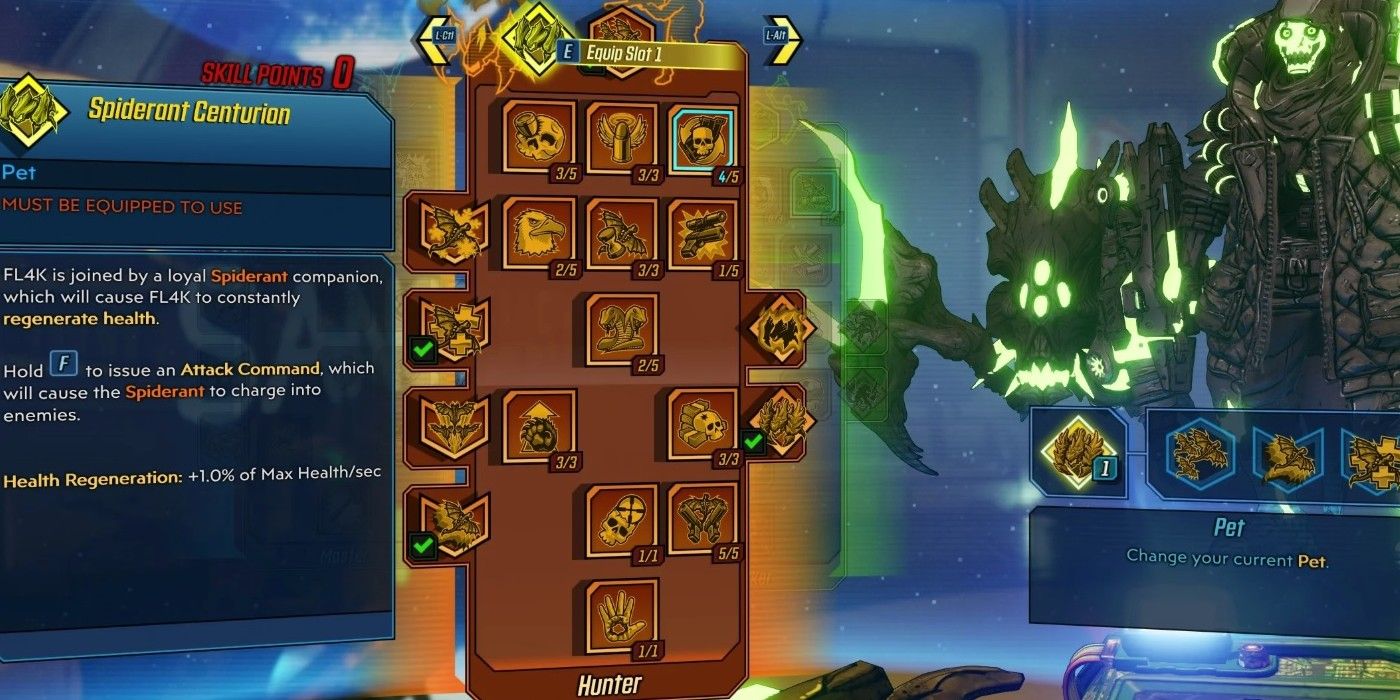 Working towards Self-Repairing System, All My BFF’s, and Hidden Machine will help achieve this sustained survivability. Meanwhile, Furious Attack, Who Rescued Who?, Frenzy, and Ferocity, will particularly allow you and your pet to play off each other and ultimately deal more damage. The Spiderant pet will additionally cause you to regenerate health.