Final Fantasy 8 remains one of the highest-regarded entries in the mind-bogglingly popular series of RPGs. It’s known for its complicated character development system, addicting card game, fun battles, and a stylish plot that explores war, love, and time travel. The characters are also a highlight, having complex personalities and heaps of character development across the long adventure they share.

The game has a very memorable opening. It features a thrilling fight between two young men, a young woman gazing off into multiple distances, and some of the best music that Nobuo Uematsu has put into the world — entitled ‘Liberi Fatali,’ it’s one of the most iconic pieces of Final Fantasy, period.

10 Liberi Fatali Refers To The Cast 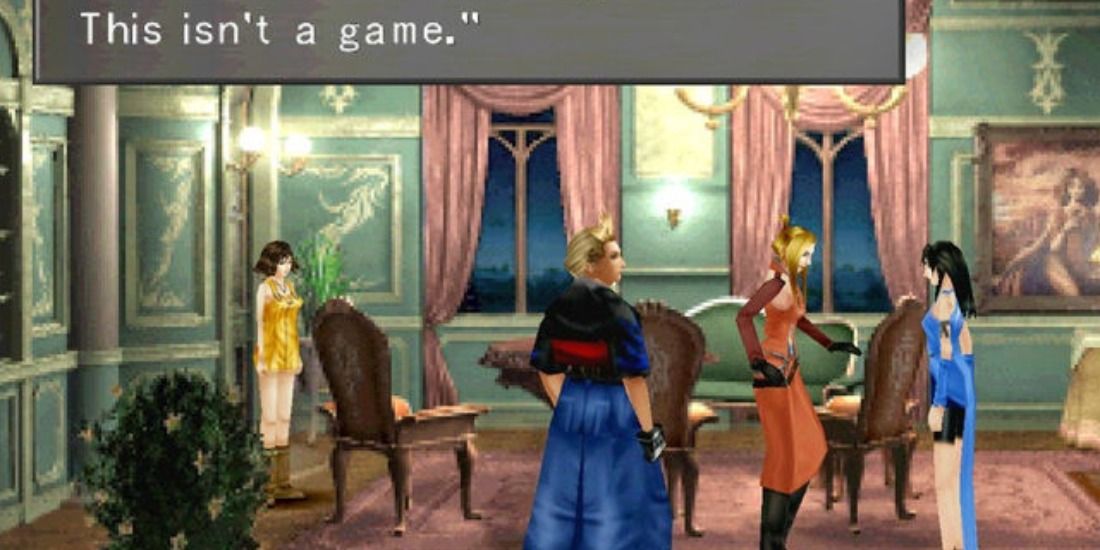 The cast of Final Fantasy 8 skews quite young, but this makes sense considering they are all the equivalent of high school students. It’s kind of weird that they are trained to be deadly mercenaries at such a young age, but that’s Final Fantasy.

Liberi Fatali means ‘fated children’ in Latin, and this refers to the youth of the characters. Notably, fate is a big theme in Final Fantasy 8. The villain is trying to escape her fate, and the fates of the protagonists seem to be written before the story even begins. 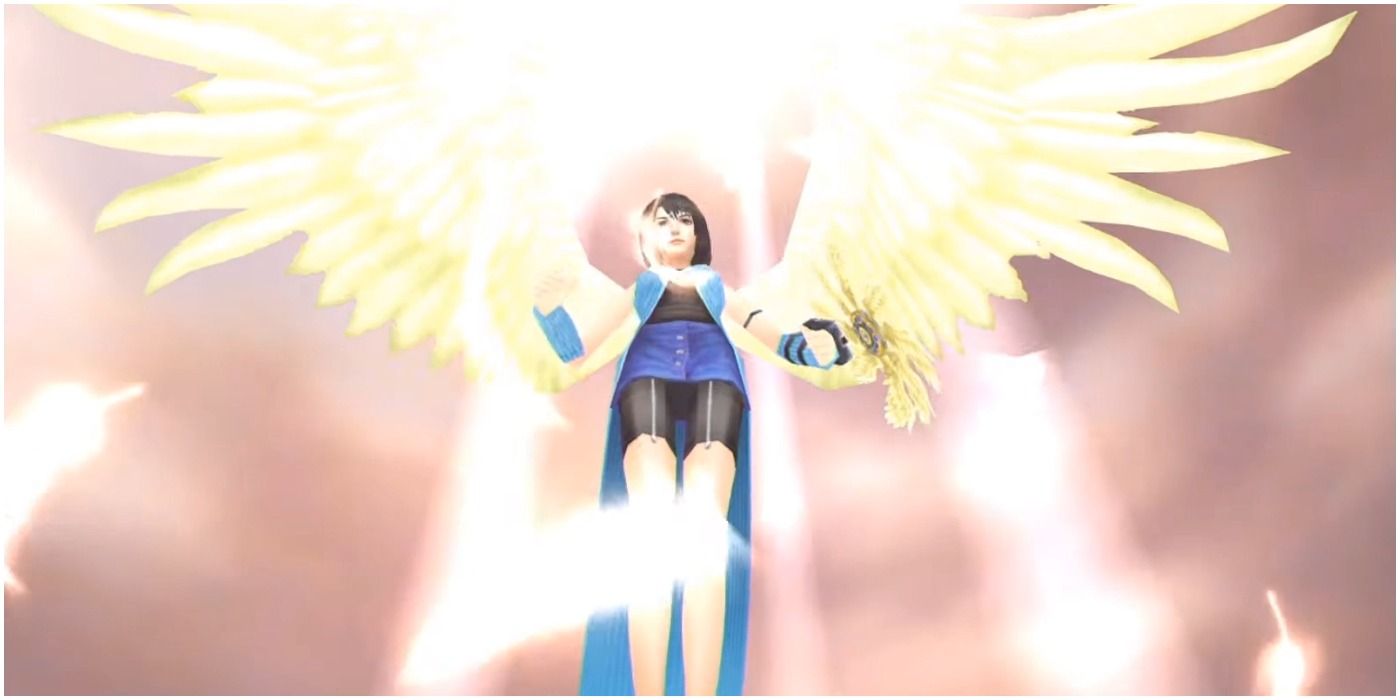 One memorable scene in the opening FMV has Rinoa grab a floating petal out of the air. When she lets it go, it has turned into a delicate, white feather. This may be some very clever foreshadowing.

Not only does this allude to the great magical power residing inside Rinoa’s sorcerous blood, but her final Limit Break, Angel Wing, gives her two large angelic wings. This is also referenced by the two small wings on the back of her outfit. 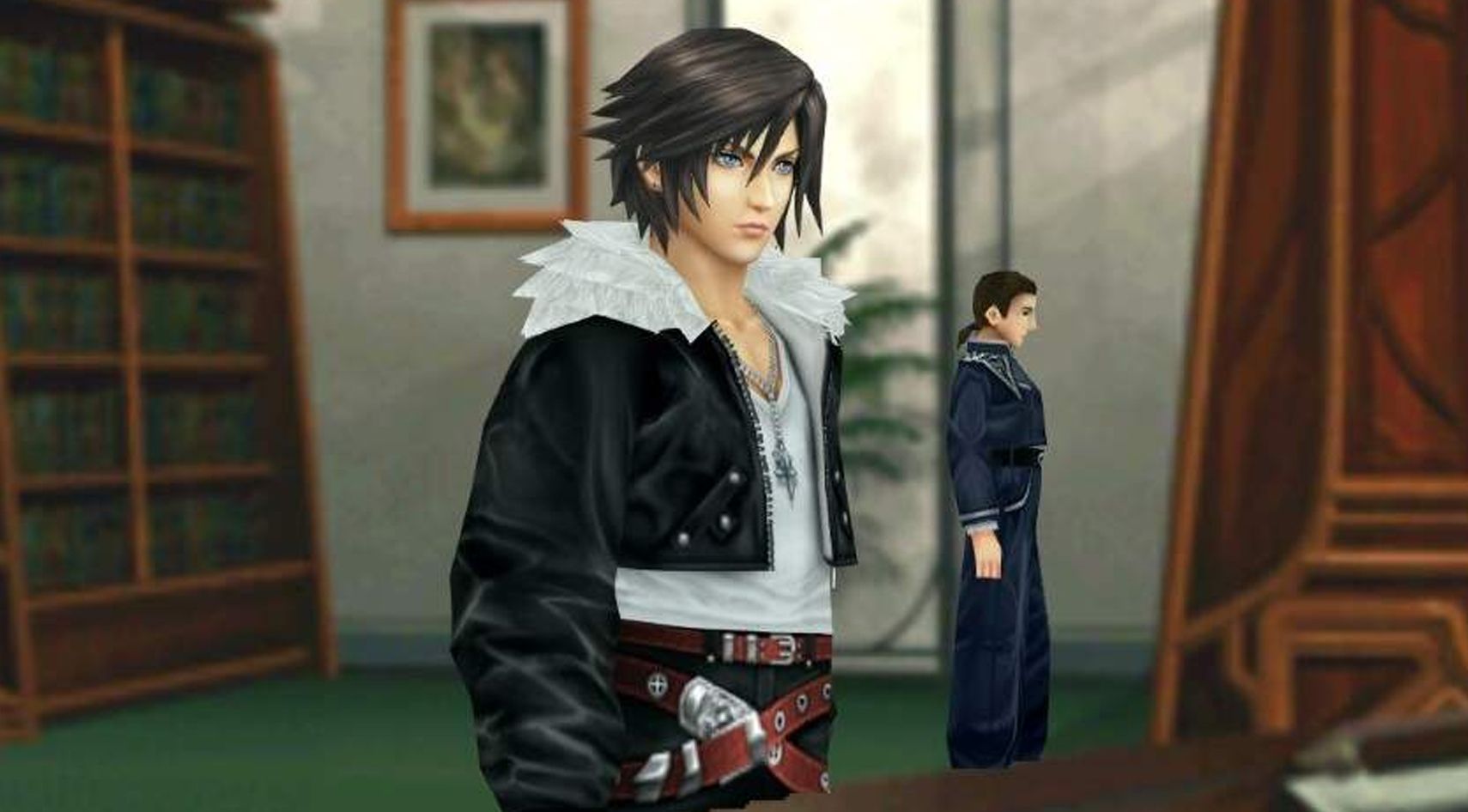 While some of the lyrics in Liberi Fatali are nonsense made to sound like Latin, most of the song’s lyrics are genuine Latin. It seems that the popularity of One-Winged Angel from Final Fantasy 7, also full of Latin, could not be ignored.

The lyrics reference becoming adults, waking up from a slumber, and coming to a ‘garden of truth’. This can be interpreted in many ways. One line, “Your childhood years are gone,” could refer to the protagonists losing their childhood memory thanks to their use of Guardian Forces. The garden of truth could be a reference to the Gardens of Final Fantasy 8 — huge schools that serve as military training facilities. There’s a lot to unpack in these lyrics.

7 The Training Center Is Really Brutal 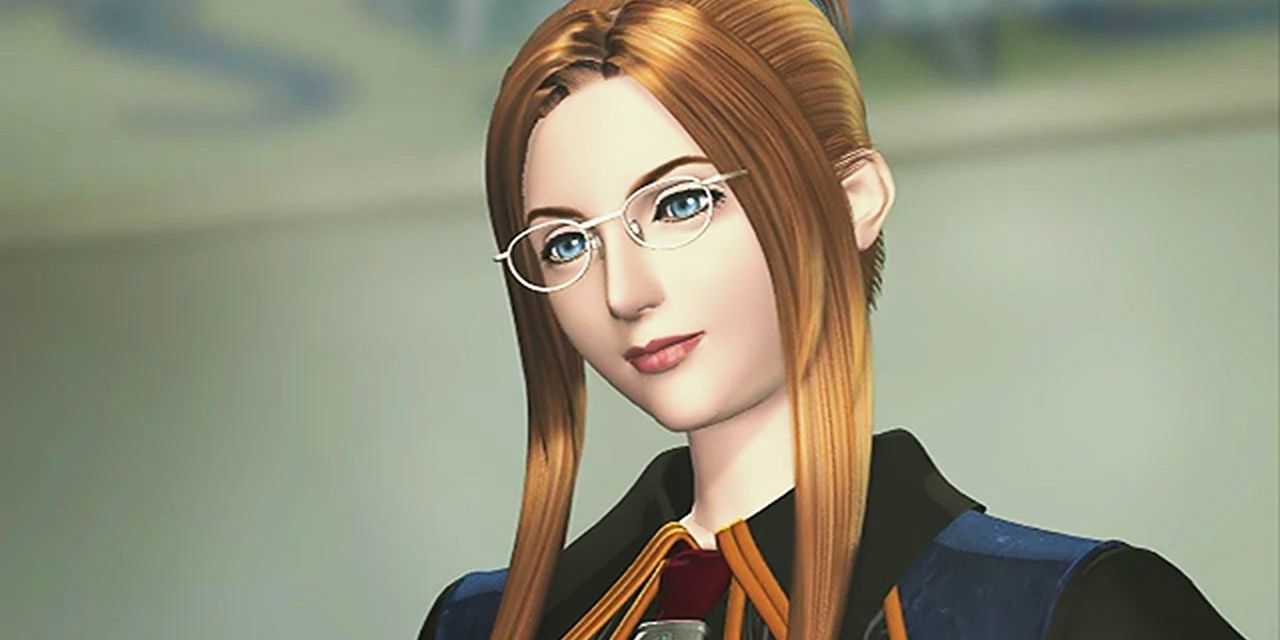 At an early point in the game, it’s made clear to the player that Balamb Garden’s Training Center is quite a brutal place and there are few protections there guarding the students. Indeed, only the bravest need enter.

Considering that Squall wakes up in the infirmary directly after the opening cutscene in which he and Seifer fight, we can conclude that this confrontation probably happened in the Training Center. It looks like things really can get nasty for unprepared students with a disregard for the rules. 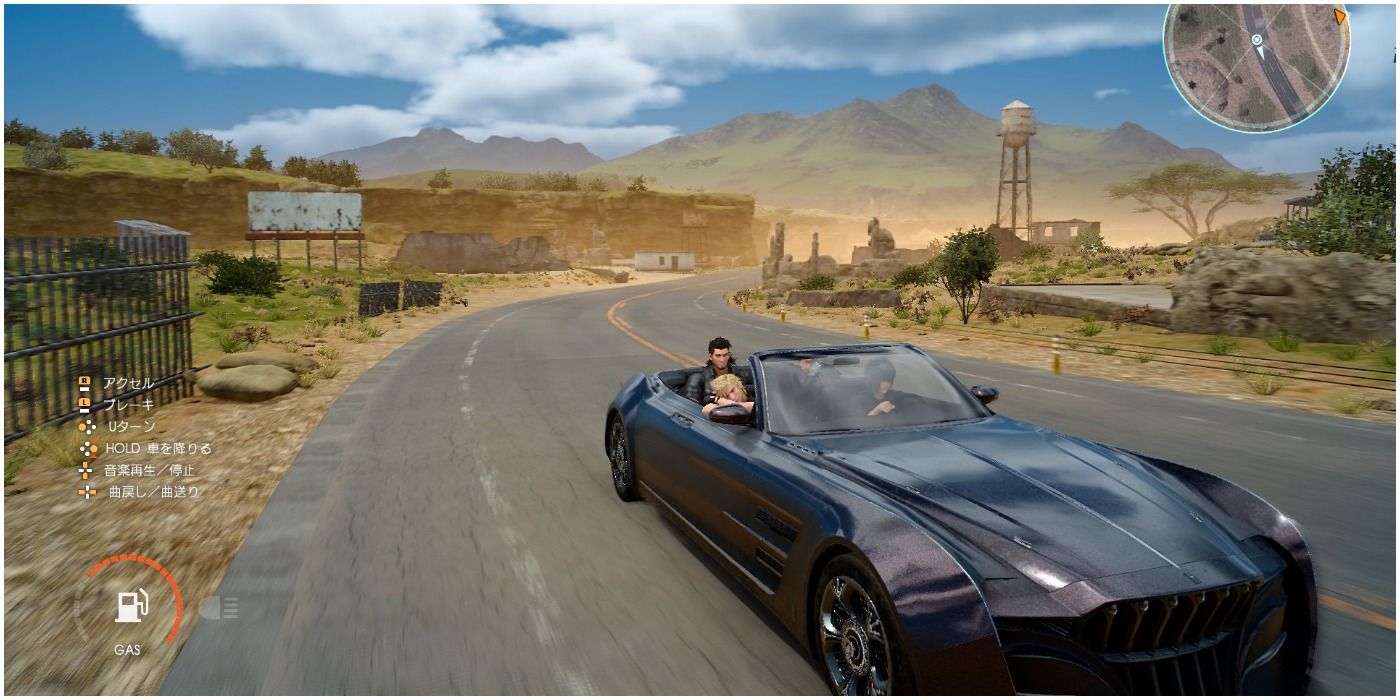 Final Fantasy 8 is not the only game in which Liberi Fatali can be heard. In Final Fantasy 15, it is possible to buy many CDs at the game’s various shops. These let the player hear songs from other games in the series, and songs from Final Fantasy 8 can be bought at Hammerhead for the measly price of 100g (a bargain!).

The song is also featured in Dissidia 012 Final Fantasy and Dissidia Final Fantasy NT, and it makes for a rousing battle theme for the action-packed fighting games.

5 Seifer Has No Mercy 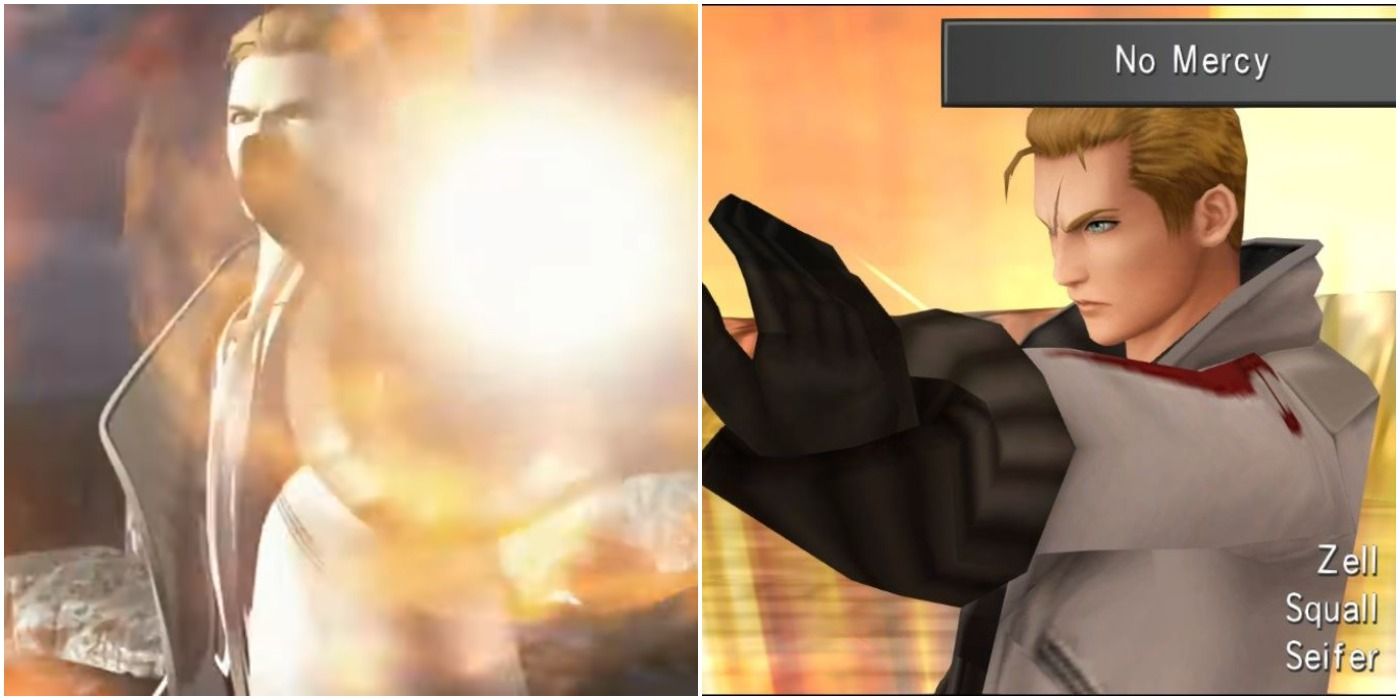 During their duel, Seifer holds his hand up and blasts Squall in the face with a blast of fire before leaping forward with a scarring slash. It seems like a dirty trick, but it looked like no holds were barred in this particular sparring match.

This move that Seifer uses is actually his Limit Break, and players can see this a little later in the game when Seifer is playable. During the mission in Dollet, Seifer’s Limit Break is called No Mercy and involves both a fiery blast and a leaping slash.

4 The Olympics Were Graced With Uematsu’s Genius 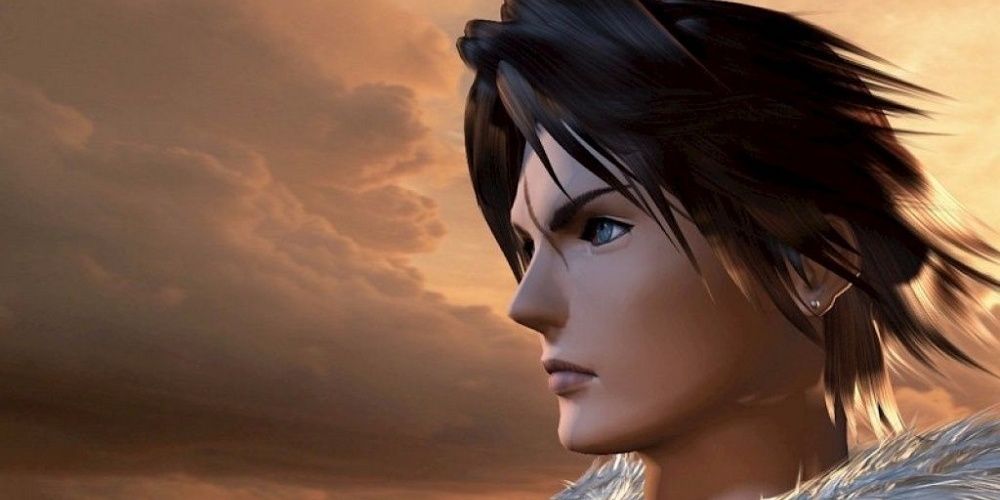 This is one of those classic pieces of Final Fantasy trivia that fans love to talk about. In the 2004 Olympic Games at Athens, the audience of the synchronized swimming event were treated to a very special performance of Liberi Fatali (as well as Fithos Lusec Wecos Vinosec).

The American pair of swimmers achieved a bronze medal for their performance, and the Final Fantasy fanbase received a tidbit of trivia that would be excitedly told to anyone who would listen for many years later.

3 We Get An Early Glimpse Of Ellone 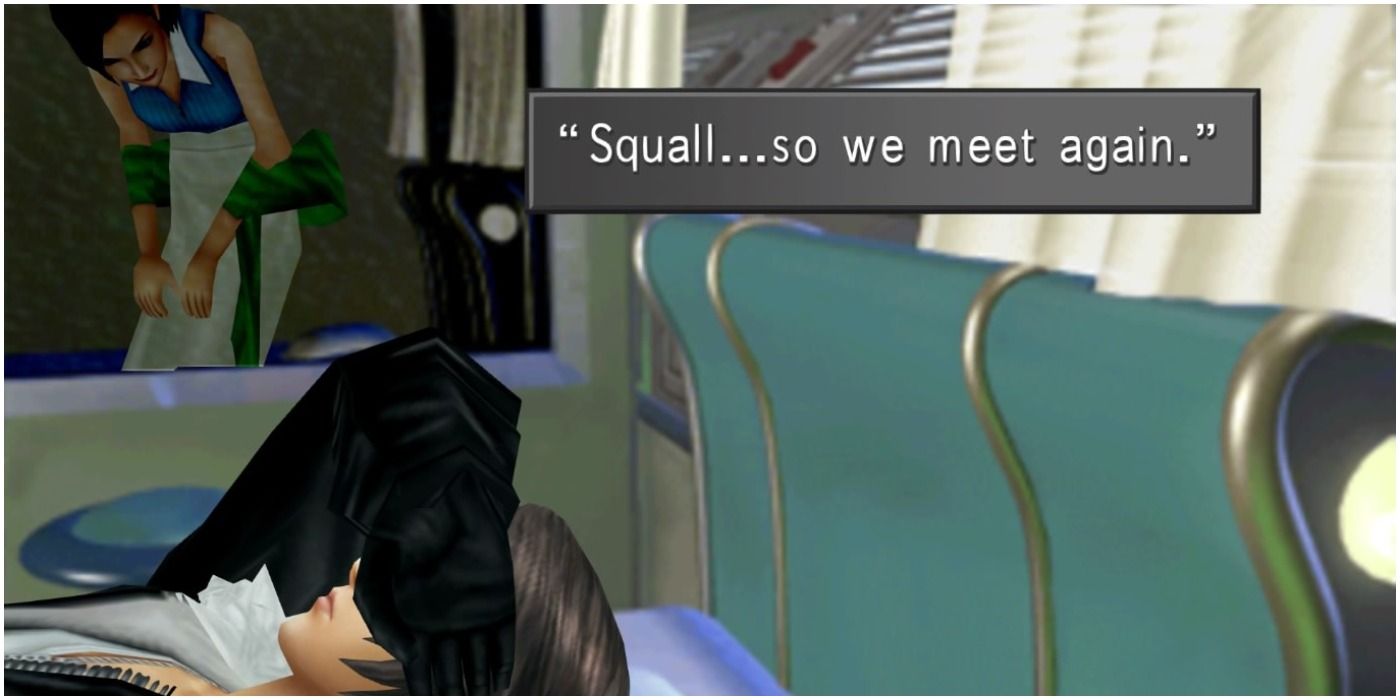 Just after the opening FMV comes to a close, the player is given a very early glimpse of Ellone. She’s a crucial character to the plot of Final Fantasy 8 but she doesn’t get to be in the spotlight again for a long time.

In fact, it’s really easy to forget that Ellone even appeared at the infirmary, even when she turns up again at the Training Center for the sole purpose of getting rescued by Squall and Quistis. 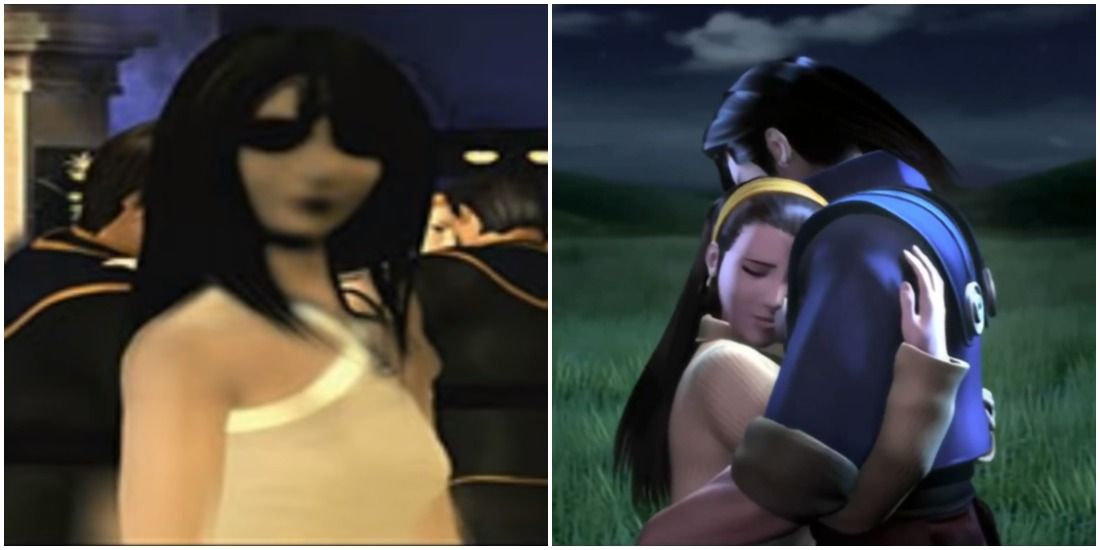 The iconic nonsense words that open up the song Liberi Fatali, as well as the game itself, have more meaning than it first appears. “Fithos Lusec Wecos Vinosec” isn’t actually Latin, but an anagram of “Succession of Witches” and “Love”.

These are two of Final Fantasy 8’s main themes — the former refers to the line of sorceresses that includes Edea, Rinoa, and Ultimecia. The latter is an important theme that unites many pairs of characters — Squall and Rinoa, Laguna and Raine, and Cid and Edea, for example. 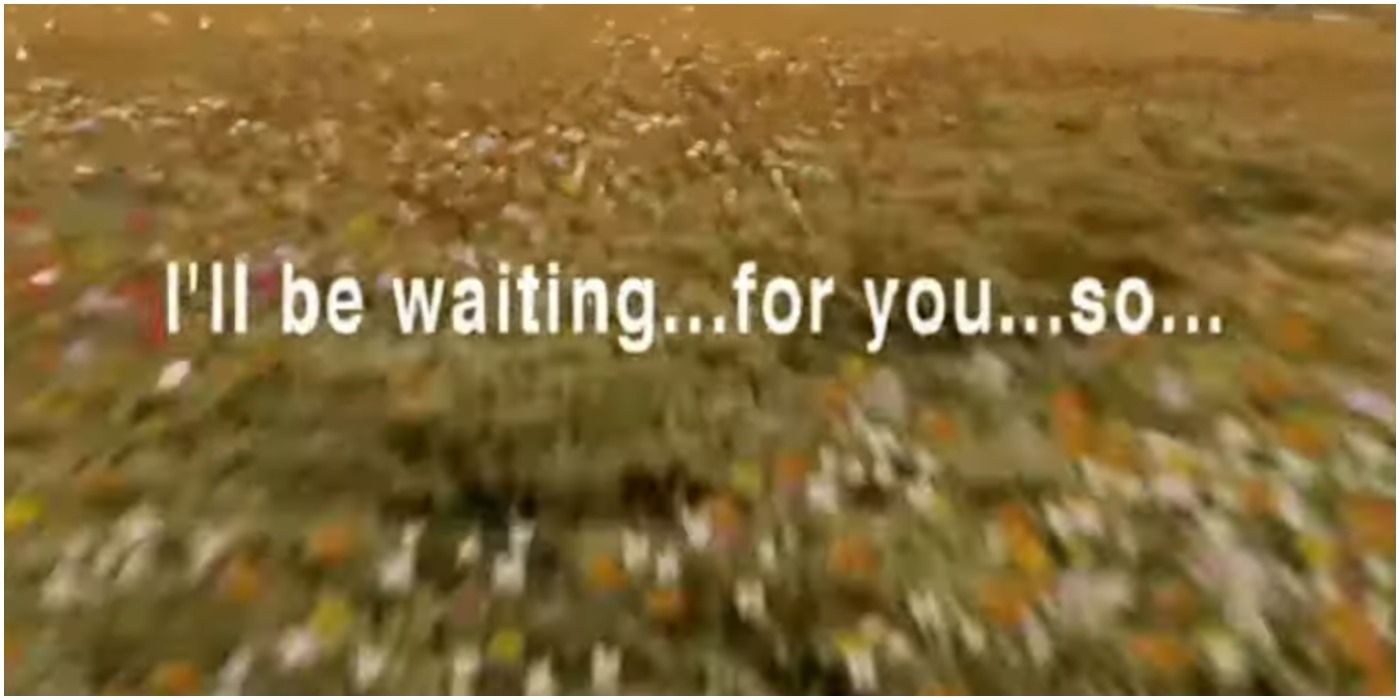 Throughout the first half of the opening FMV, a conversation plays out through text that fades away as quickly as it appears. It seems nonsensical at first — an odd conversation with little-to-no meaning for new players of the game.

It’s actually a call-forward to a scene that happens much later in the game at Edea’s Orphanage. The conversation is between Rinoa and Squall and is about what they can do if they lose each other. It’s a special place for the pair and it’s foreshadowed right from the beginning of the game.