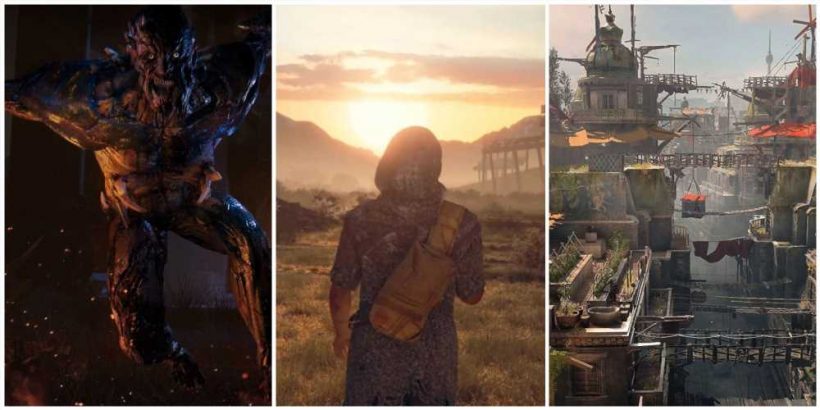 Dying Light 2 follows the story of a Night Runner named Aiden as he searches for his long-lost sister named Mia. His search takes him to one of the last bastions of human civilization, a European city called Villedor. Throughout his quest in the city, Aiden must make many decisions including whom to hand the city over to in the midst of a civil war.

The game is pretty long, and there are dozens of tiny decisions that have to be made leading up to the end of the game. However, many of these decisions end up being rather insignificant and Techland keeps the ending extremely open to interpretation. That said, with such an open ending, many questions are sure to flood your mind when the credits roll.

10 Which Is The Canonical Ending? 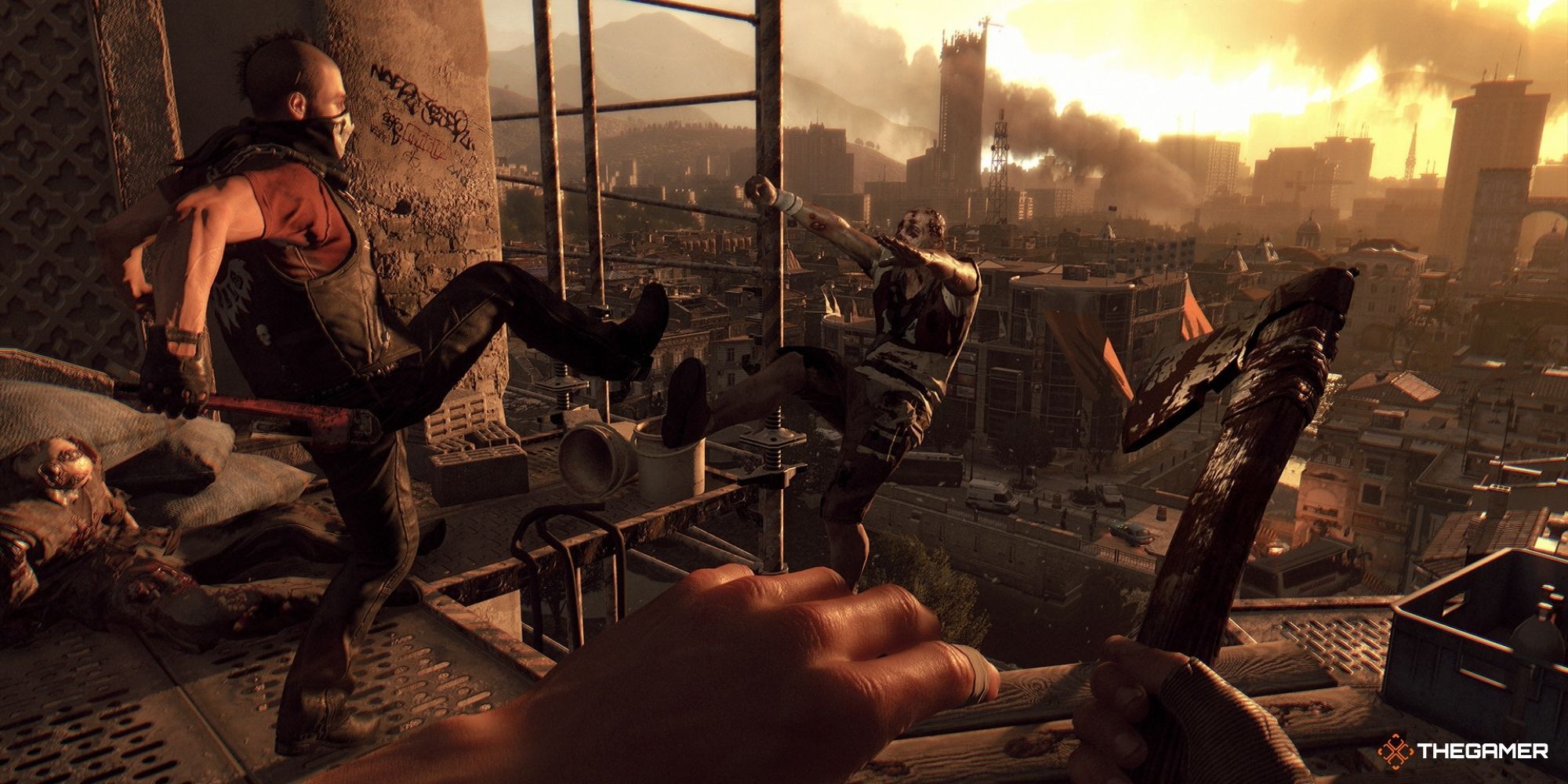 The first thing you will probably be wondering is what is the "correct" ending. There are two main endings, with a few smaller permutations of each depending on your decisions. In one ending, Aiden saves Lawan and allows Villedor to be leveled by missiles. In another, Aiden escapes the facility and lets Lawan blow up the missiles before they launch. Either way, Aiden will leave the city , but depending on a few small choices he can leave alone, with Hakon, or with Lawan.

Aiden always leaves the city and the big question is: What is the true fate of Villedor? If the missiles level the city, then Waltz's lab remains untouched. This could mean a cure could be developed from his research later. If not, the facility is destroyed, along with a possible cure, but one of the last human civilizations on Earth remains standing. Either ending has big lore implications.

9 Does The Ending Actually Matter? 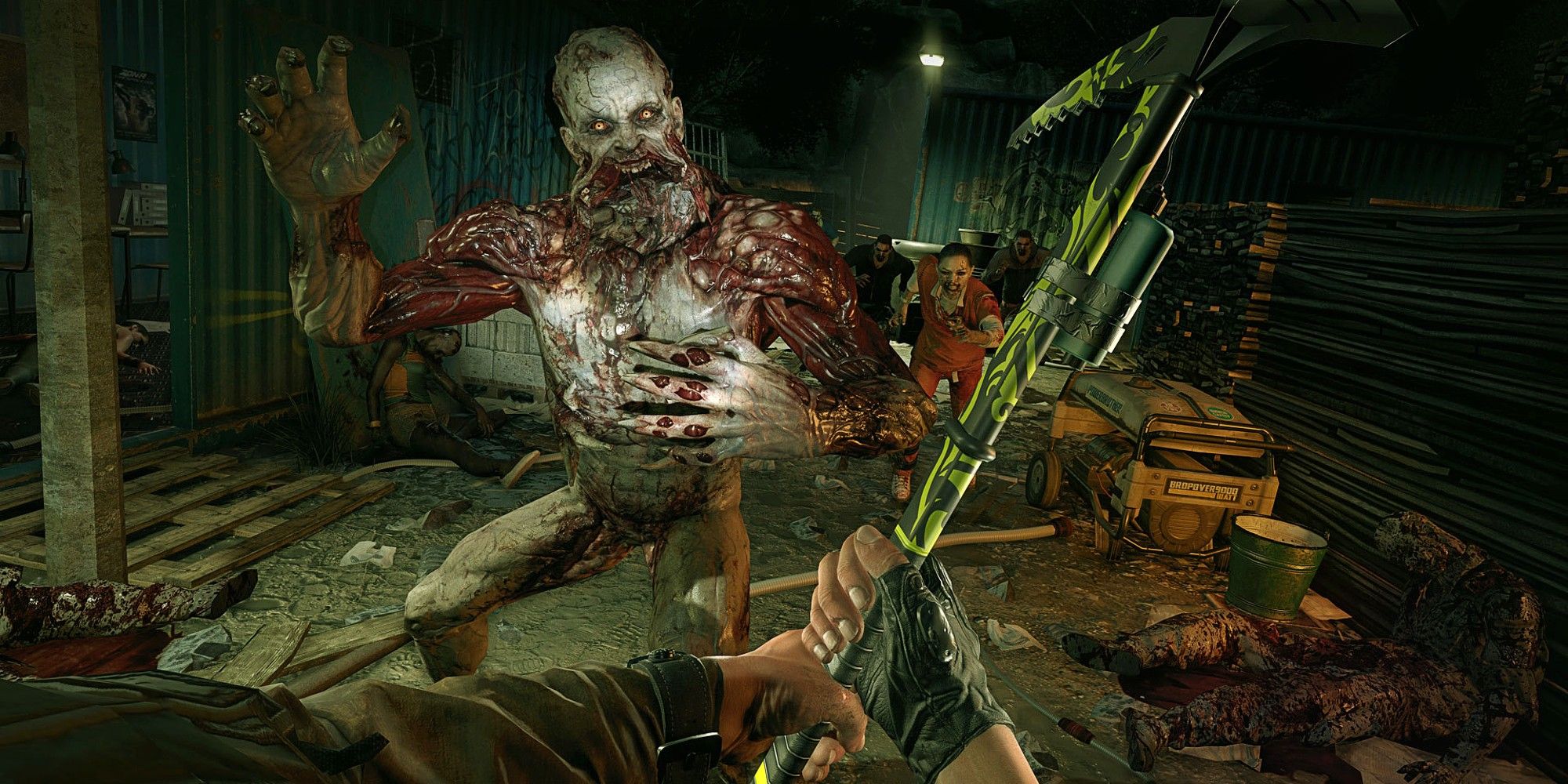 Perhaps a more important question is whether any of it even matters. As we saw from the first Dying Light title, the ending really didn't matter. In the first game, you deliver some important research to the GRE, and they actually cure the Harran virus. Of course, they meddle where they shouldn't, and the virus breaks the walls of Harran anyway.

Techland keeps everything vague in their games, to the point that the mention of Harran being "wiped off the map" could mean it was overrun by zombies, or was literally wiped off the map by setting off the nuke featured in one of the endings of the first game. Techland seems to want the ending left up to player interpretation, so the events in Villedor may not matter outside the city for future titles.

8 Did Anyone Else Survive Harran? 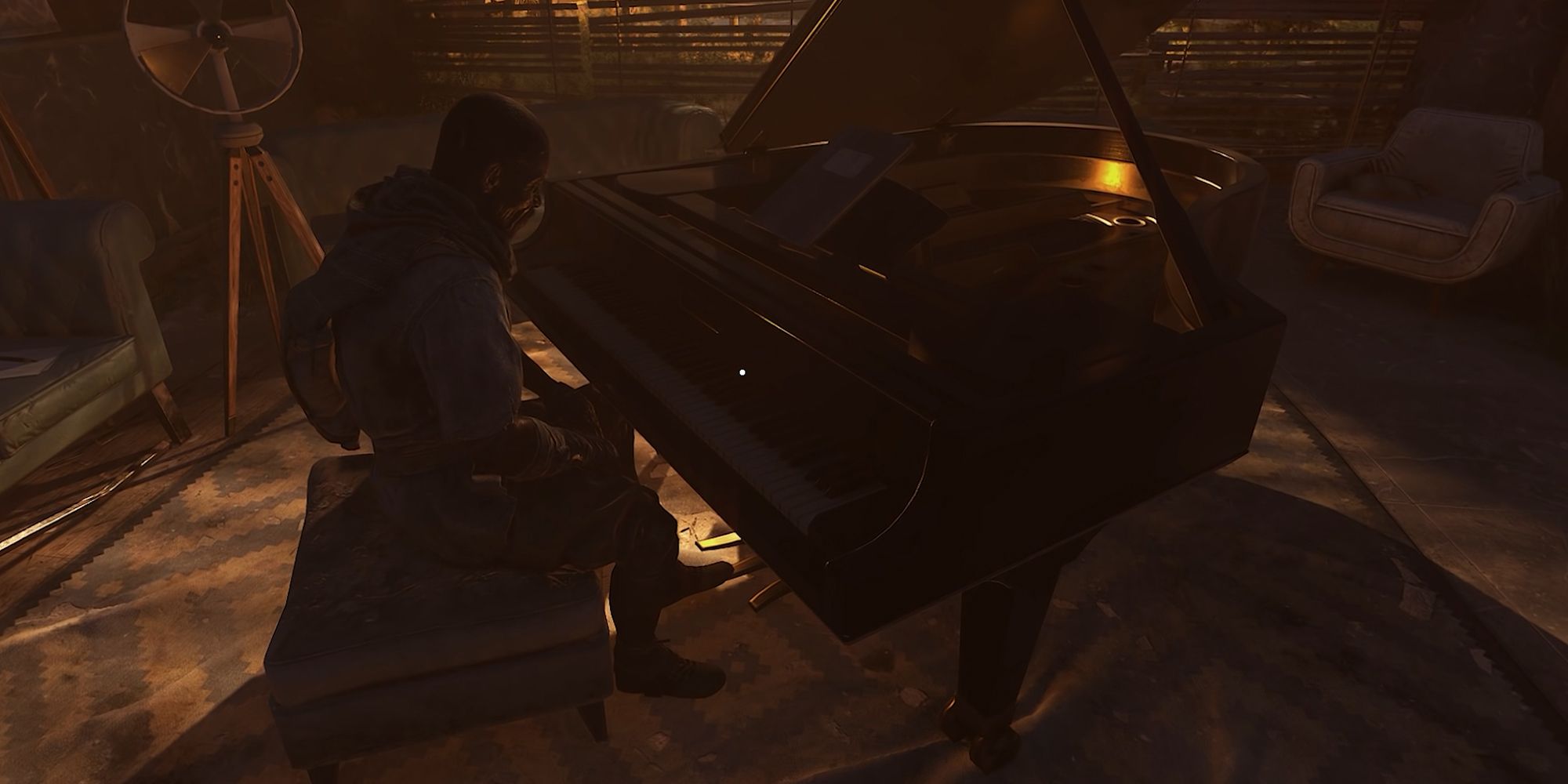 Spike is a friendly face that many of us know and love from the first title. So, if he survived the Harran outbreak, did anyone else? It is a very interesting concept to toy with. Surely there were others, right?

Don't get too excited over the obvious conclusion that can be drawn from this. If Spike lived then, maybe, so did Kyle Crane – but probably not. There are two possible endings to the first game. Either Kyle Crane kills The Mother and becomes a Volatile, or he sets off a nuke in the middle of the city. Either way, it seems the titular protagonist is really and truly dead.

7 What Became Of The Necklace? 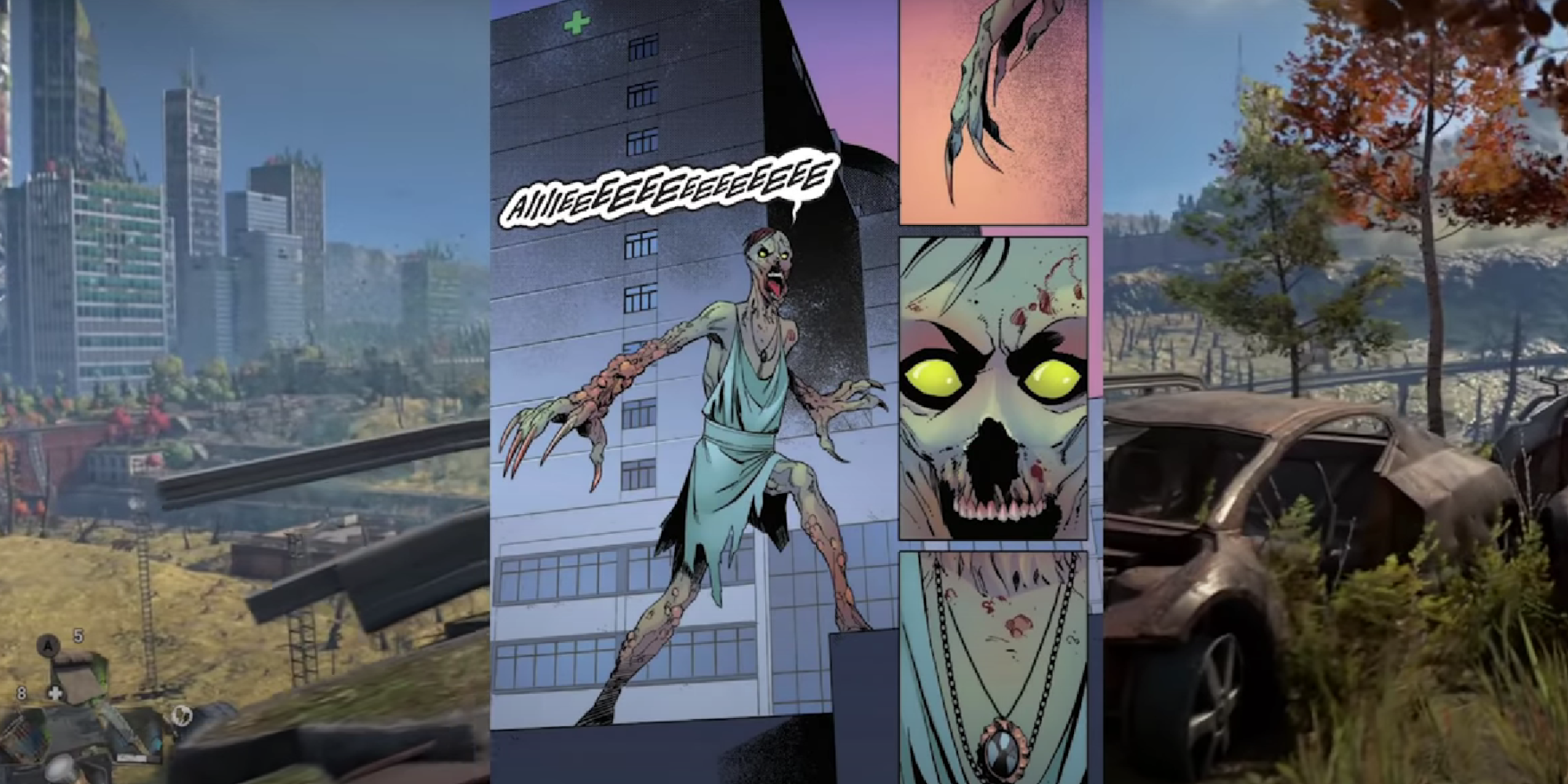 Only Dying Light super fans will be asking this question, but it is a very important question nonetheless. Techland released a comic titled Banshee: I Am The Cure. This comic takes place only months before Aiden begins his quest. It follows the story of a scientist who has developed a cure, and she wears the cure in a necklace.

At the end of the comic, she expects her death and gives the necklace to her friend. The friend, of course, dies and becomes a Banshee. A Banshee that we fight as a boss in the very beginning of the game, where she still had the necklace on, meaning that the cure is literally sitting out there somewhere, just waiting to be discovered…

6 How Bad Was Waltz, Really? 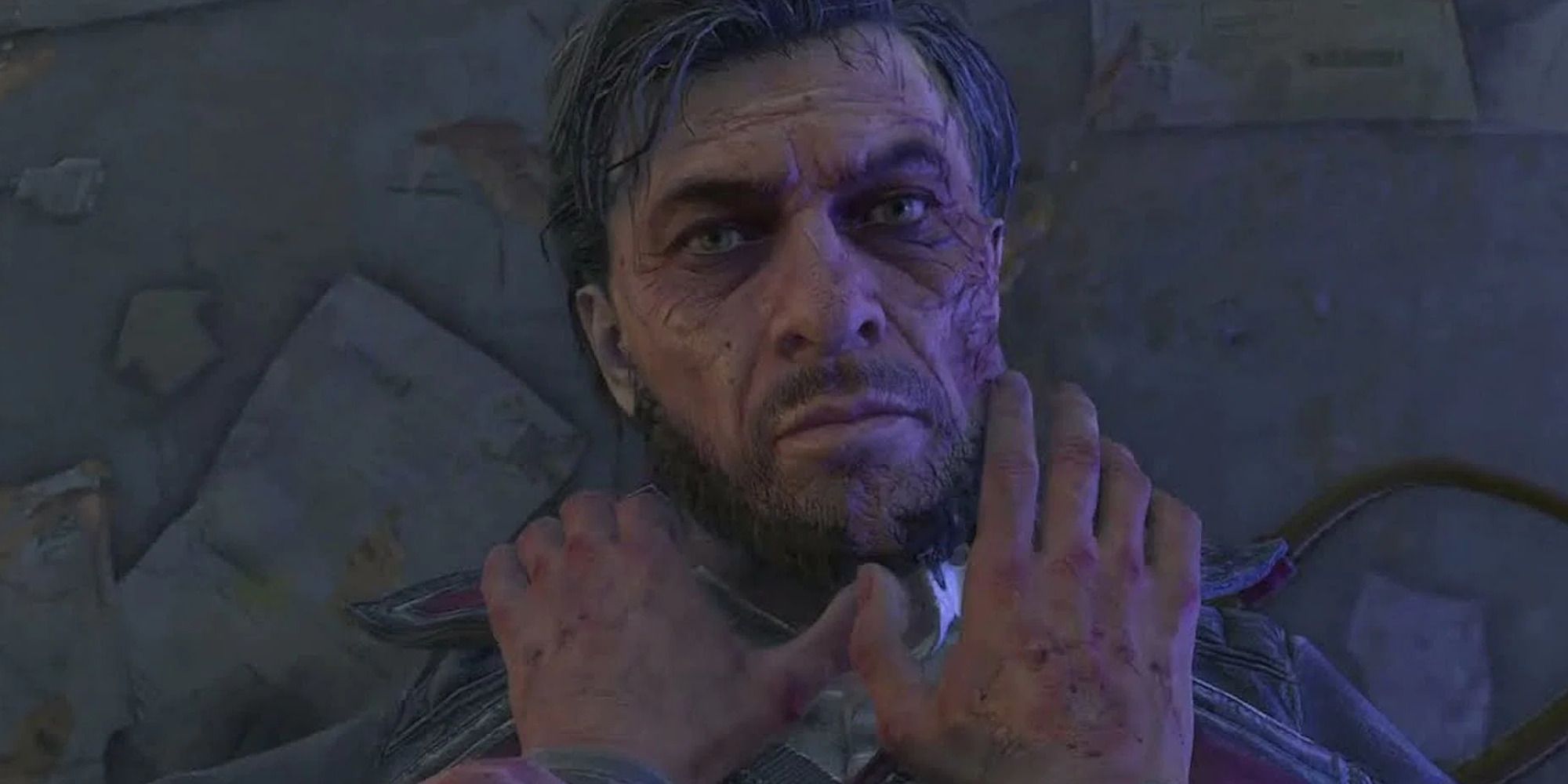 It is beaten into our heads from the beginning that Waltz is an evil, abusive scientist. Aiden has flashbacks to prove it. However, there is a lot of evidence that Aiden's view of Waltz isn't accurate.

During the Waltz boss fight, he urges Aiden to remember that he was actually Mia's father and never hurt them. Aiden does have a new memory here that is contrary to his other ones, depicting Waltz as a playful, loving father. But Lawan seems to agree with Aiden and vows to kill Waltz for his past abuse. But a poem can be found from one of the other kids in Waltz's custody who seems to have enjoyed their time at the lab. It seems that there is equal evidence for him being a villain and a misunderstood man seeking a cure by any means necessary.

5 Does Aiden Give Into The Infection? 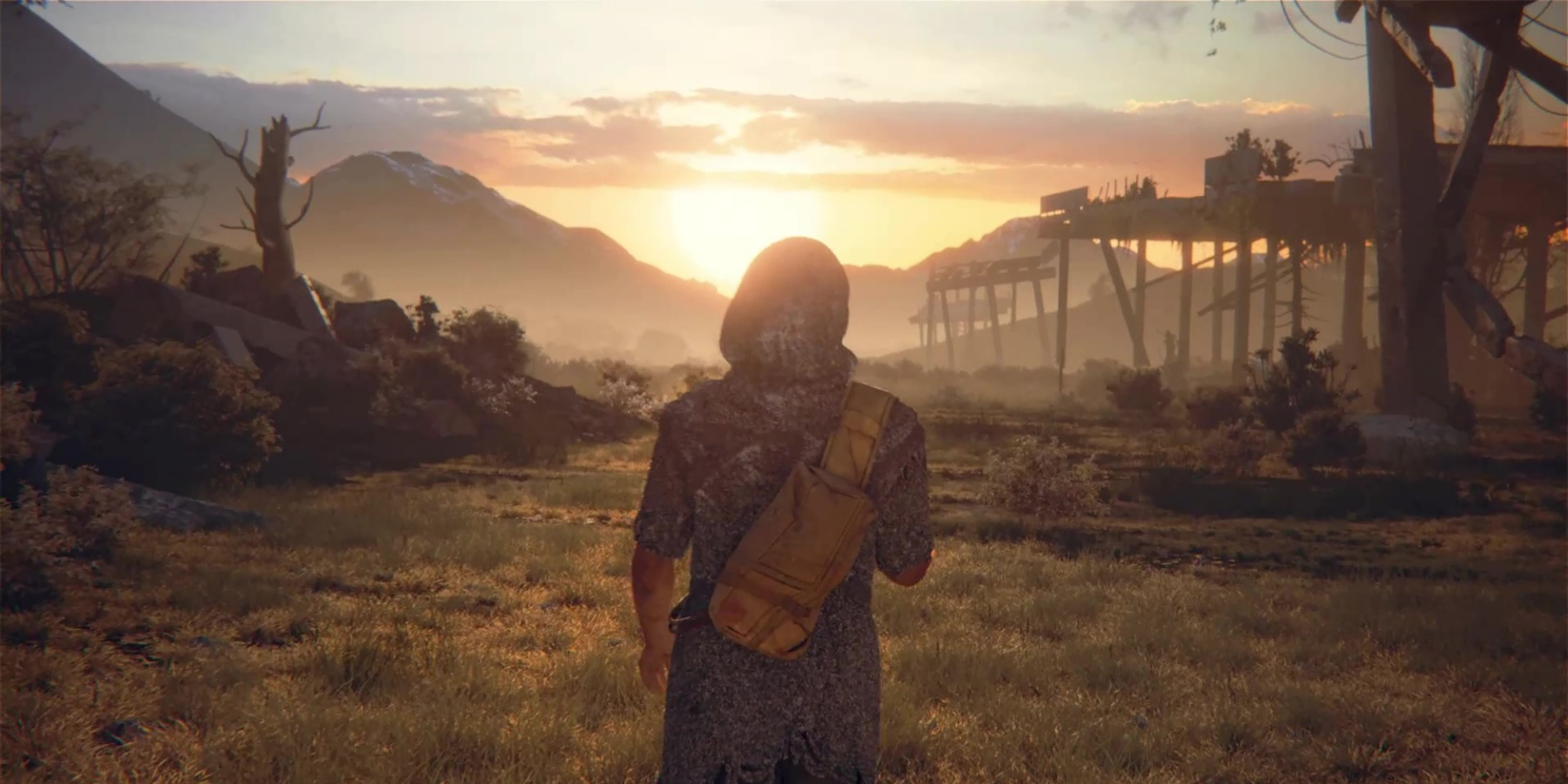 At the tail end of the game, Aiden is phasing in and out of zombie mode almost every two minutes. It seems that his turn is inevitable, and this realization is what drives Aiden to leave Villedor no matter how the game resolves. The big question is, does he actually turn?

Waltz himself said that Aiden took to the concoction of chemicals better than any other child he experimented on. It could be that Aiden's seizures are a sort of growing pain. Instead of dying or turning, Aiden could become a superhuman. A sentient human with all the physical strengths of the zombies. Or he could just become a zombie. Either way, his ultimate fate is left open.

4 What Becomes Of Waltz's Work? 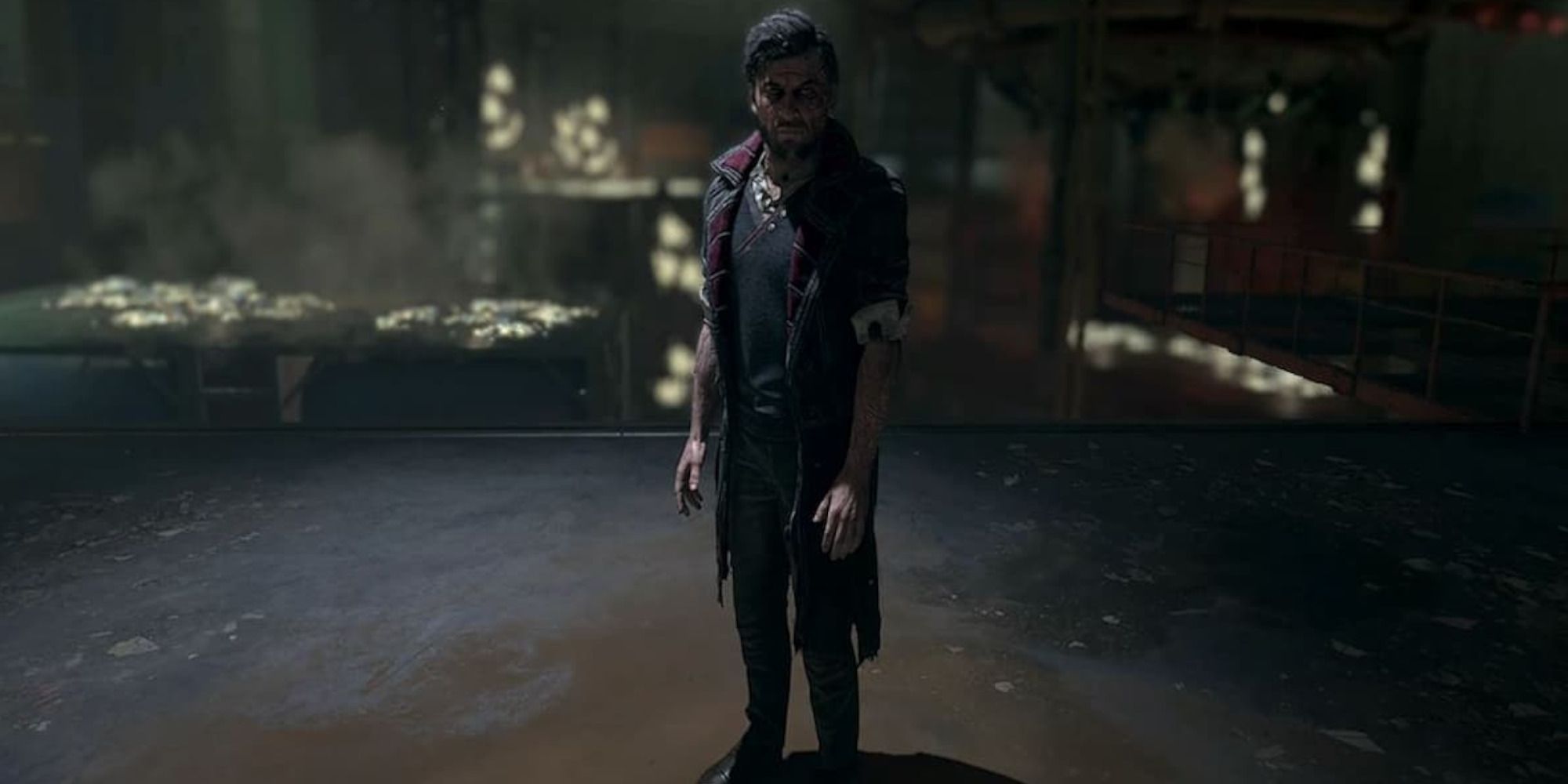 Depending on the ending, Waltz's feverish search for a cure could have significant ramifications for the future of the series. The worst-case scenario is that all of Waltz's research blew up. Certainly, he is not the only mad scientist working on a cure for the disease, so it still may come, but the development will certainly be set back years.

Alternatively, if Villedor really did get razed, someone could easily stumble in and pick right up where he left off. Of course, an evil faction could also commandeer it and make an army of super soldiers. Either way, Waltz's cure could mean big things for future games.

3 Is The GRE Really Gone? 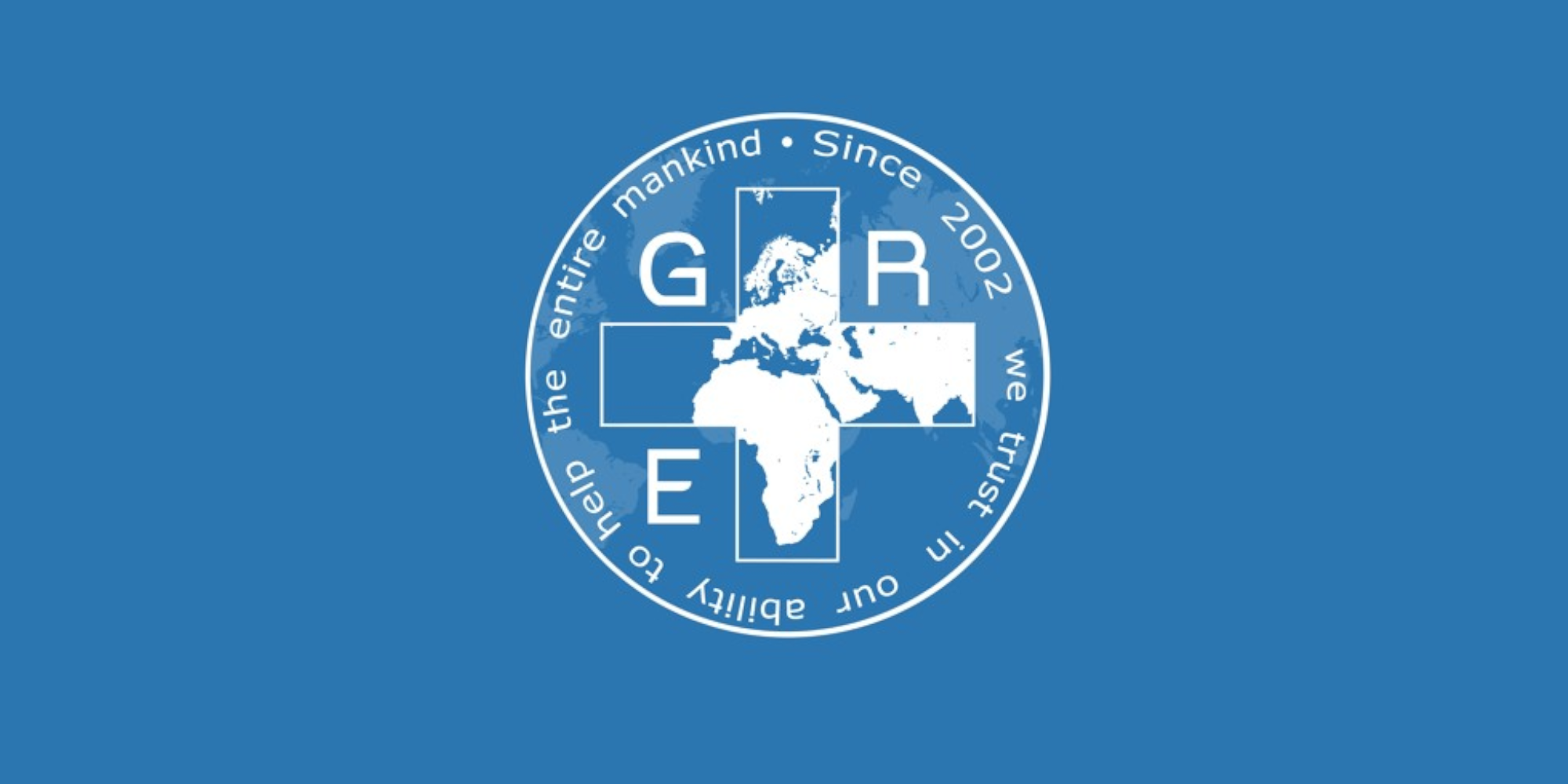 The GRE is known for its shady tactics and nearly unlimited global resources. It is very plausible that the GRE did not collapse with the rest of the world. They could just as easily be sipping champagne in an artificial cave, waiting for the world to calm down again.

It is not very far-fetched to think that the GRE might be pulling all the strings either. They could be a shadowy faction like Vault-Tec of the Fallout series, putting the world in horrible situations just to collect data on what is happening.

2 What Cities Are Left? 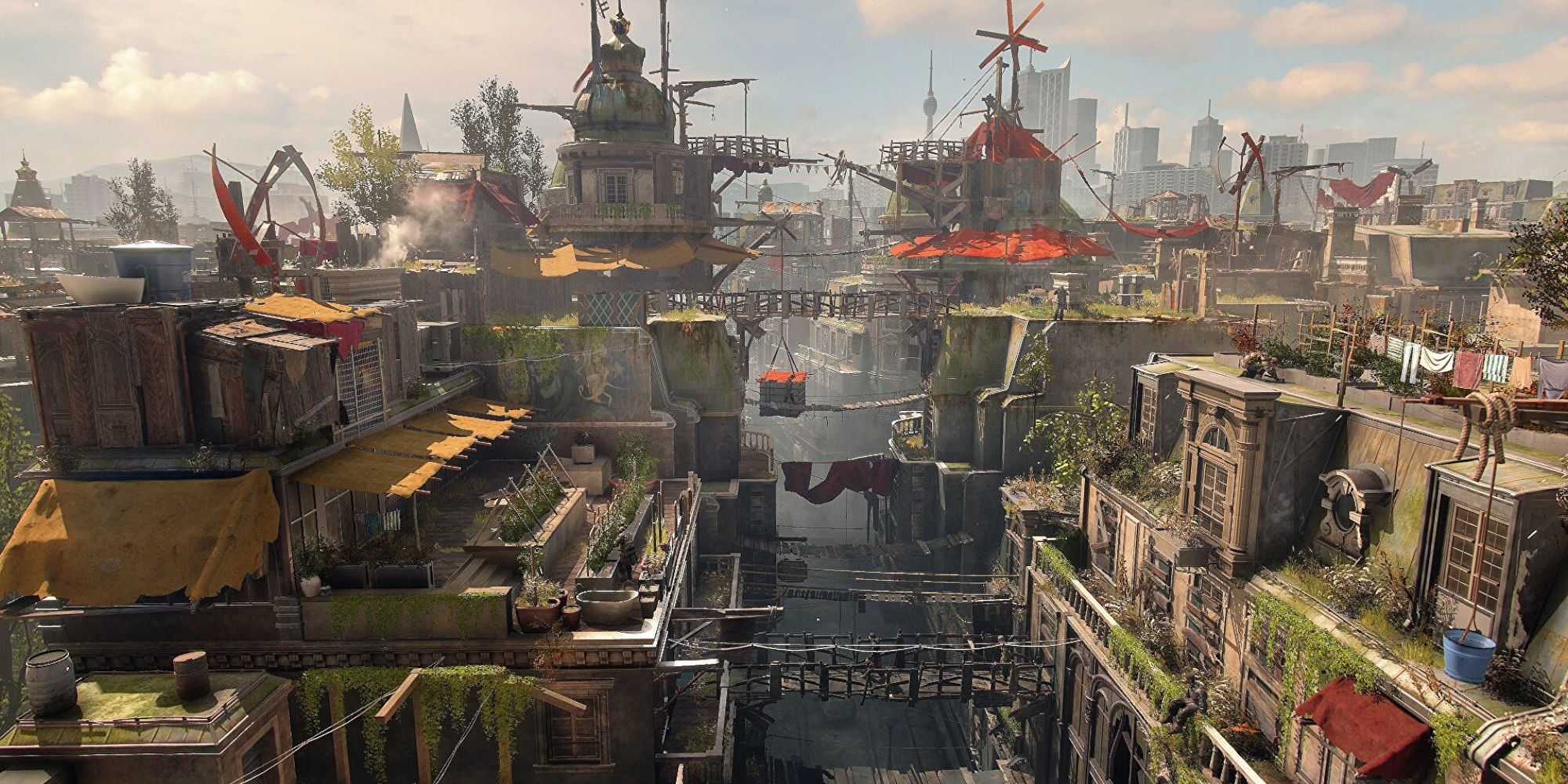 First, there was Harran, then there was Villedor. Dying Light 2 claims that Villedor is the last standing human civilization, but this is almost certainly not true. Villedor is in Europe and nobody owns working cars anymore, let alone cell phones.

North America is an ocean away and could be hiding cities that have lost contact with the world. And what of Island nations like Greenland. Everyone knows from the days of Plague Inc. that it is next to impossible to stick any disease to that place.

1 How Much Worse Can It Get? 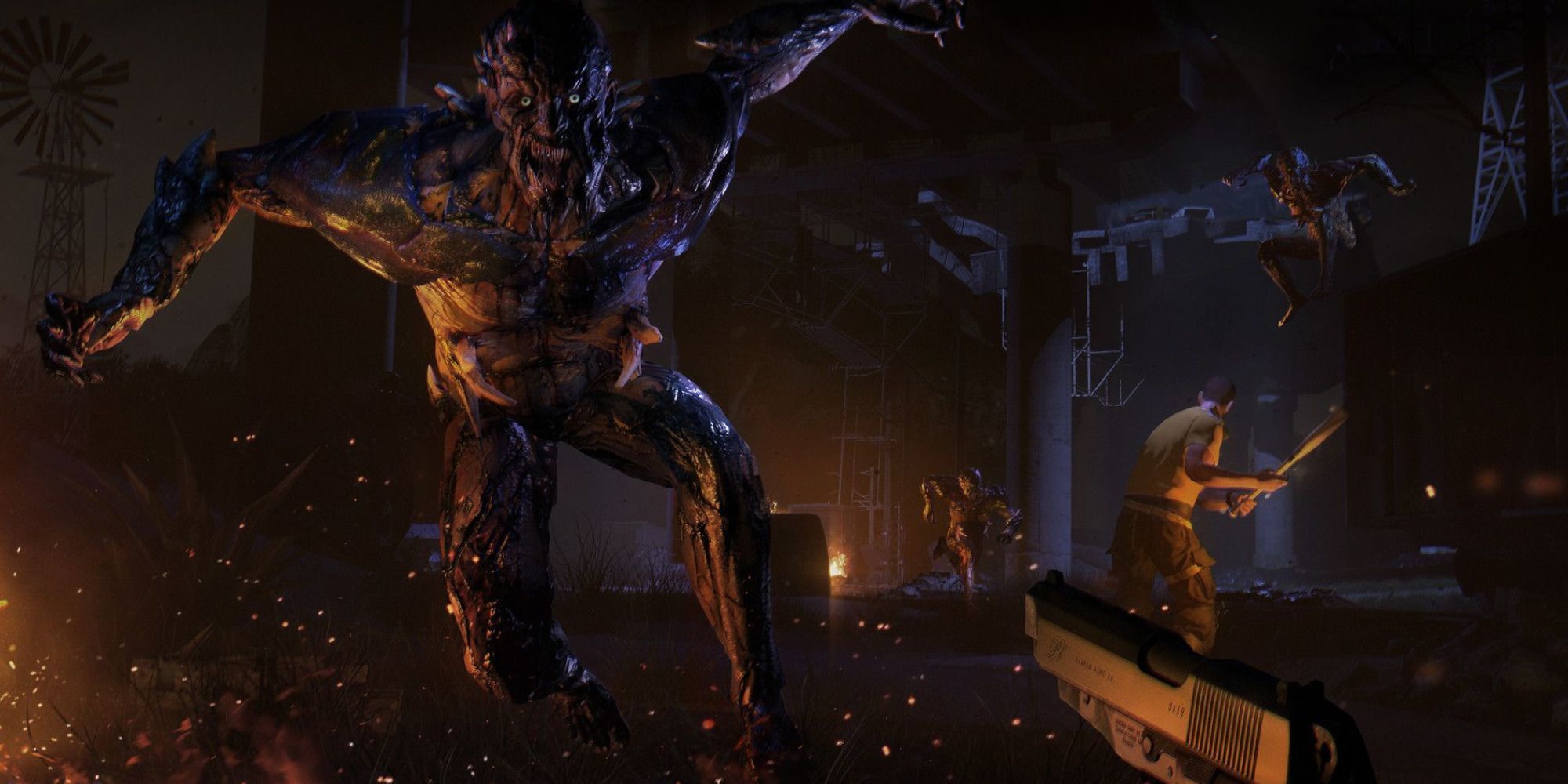 Perhaps one of the most thought-provoking ideas is just how low the world of Dying Light can sink. Techland already went all out for this title; from a single city to the whole world falling to a zombie virus. It will be hard-pressed to find a target grander than the planet, so the next game will have to start looking smaller.

How exactly could another game top this one? This question will hopefully propel the series into examining some truly horrific and disturbing topics as the universe expands. Just how bad could these zombie variants become?