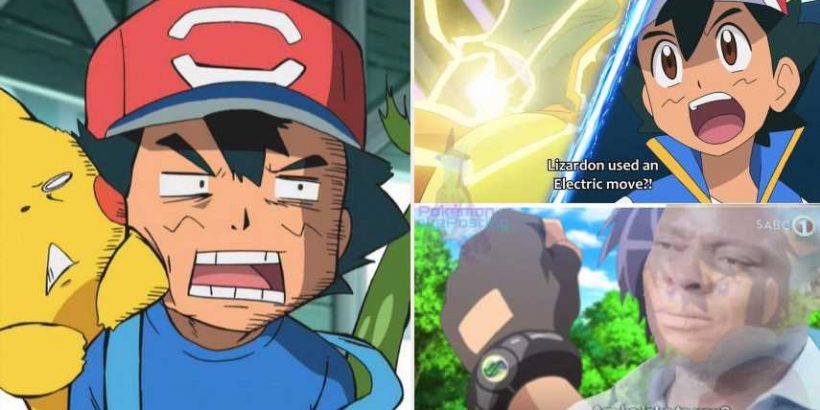 Ash Ketchum is the protagonist we all love to dunk on.  While his determination and love for Pokemon is admirable, he often leaves fans frustrated due to his lack of even the most basic Pokemon knowledge.  This is a kid who wants to be a champion and catch every critter out there, yet he barely catches anything and seems to lose almost on purpose.

He has had two decades to learn the ropes, he has no more excuses left.  Many fans poke fun at Ash with memes that point out just how silly some of his mistakes can be.  Below are some of the best, the very best, like no meme ever was. 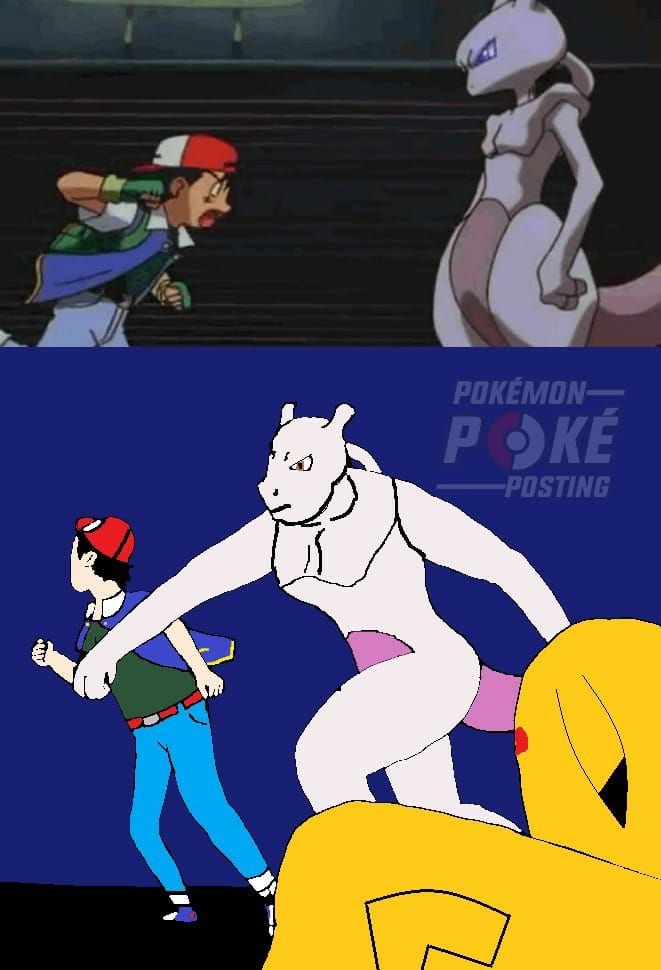 Credit where credit is due, when all seems lost, Ash has shown he is willing to just straight up throw hands.  Now, punching a genetically modified super pokemon is never a good idea and this meme highlights that.

If Pikachu’s thunderbolts, which can bring down a flock of Spearow can’t touch this thing, then what hope does a ten-year-old’s punch have?  Also surely this violates some sort of Pokemon-PETA laws…

9 Why Does Every Pokemon Patiently Wait For Ash To Look Them Up? 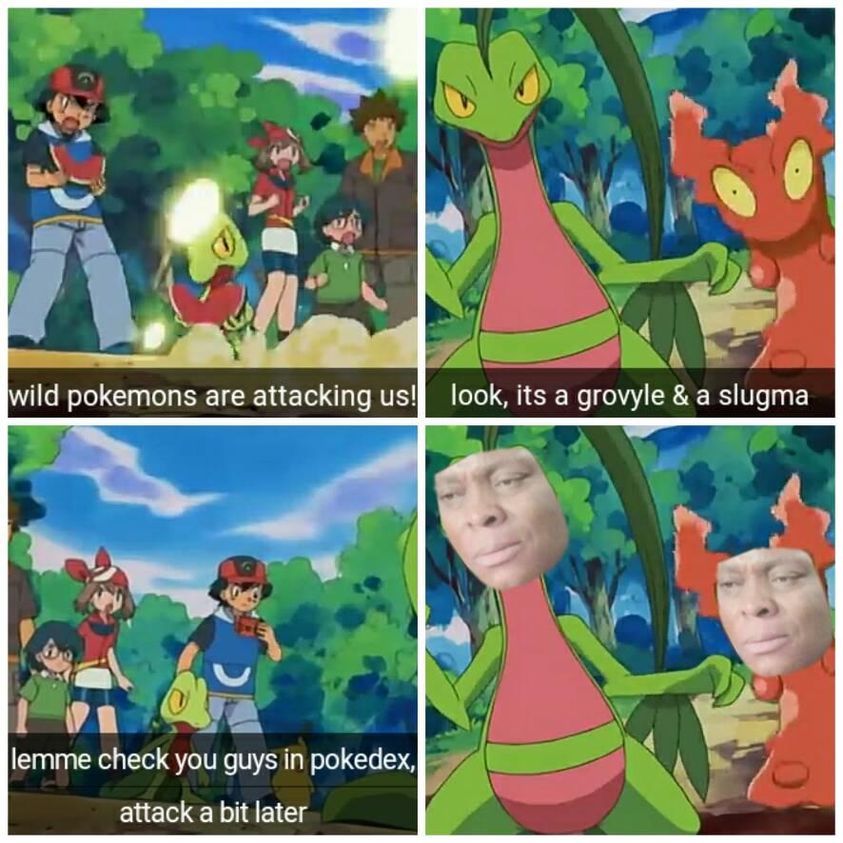 It seems strange that a boy whose life goal is to become a Pokemon master and catch every single pokemon out there apparently knows very little about Pokemon.  Whenever Ash encounters one he has to fumble about for his trusty Pokedex and have it tell him all he needs to know.

Now, fair enough, it’s not like we all know about armadillos and lions and flamingos, but if they could breathe fire or shoot ice then we surely would. 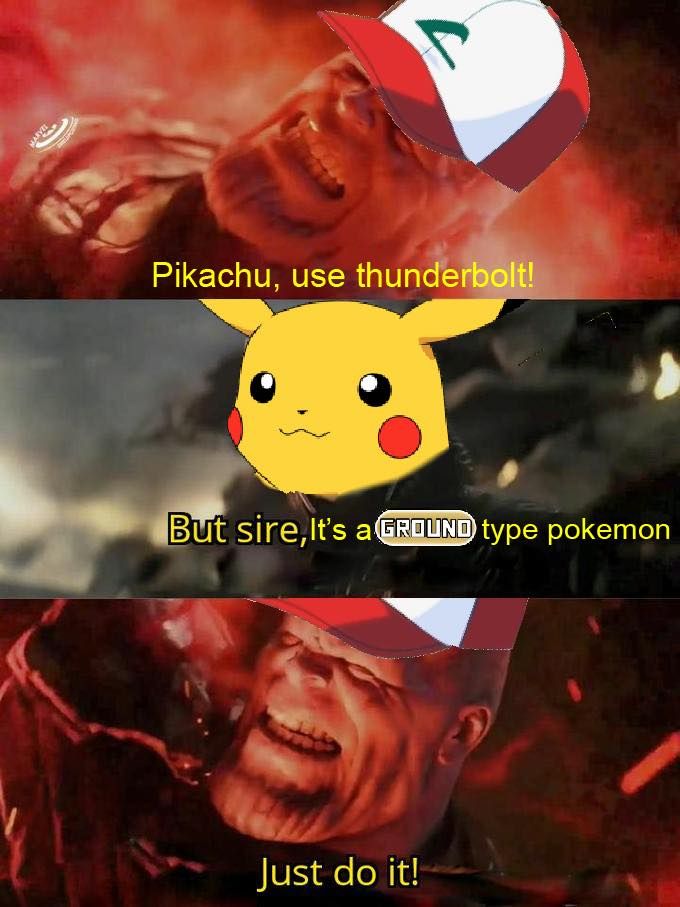 This is probably the most heinous of all of Ash’s numerous crimes against Pokemon-common-sense.  Ash, quite frankly, could not care less what type the pokemon he is facing is.  He used his brand new Pikachu against the ground type Onyx, and then, in the Pokemon League itself used his Charizard against Gary’s Blastoise.

Playing with types is a creative change the anime makes, one that only serves to reinforce his hubris. His luck always runs out eventually though, causing him to lose nearly all leagues he’s competed in.

7 Ash Has Been Zapped By Pikachu Too Many Times 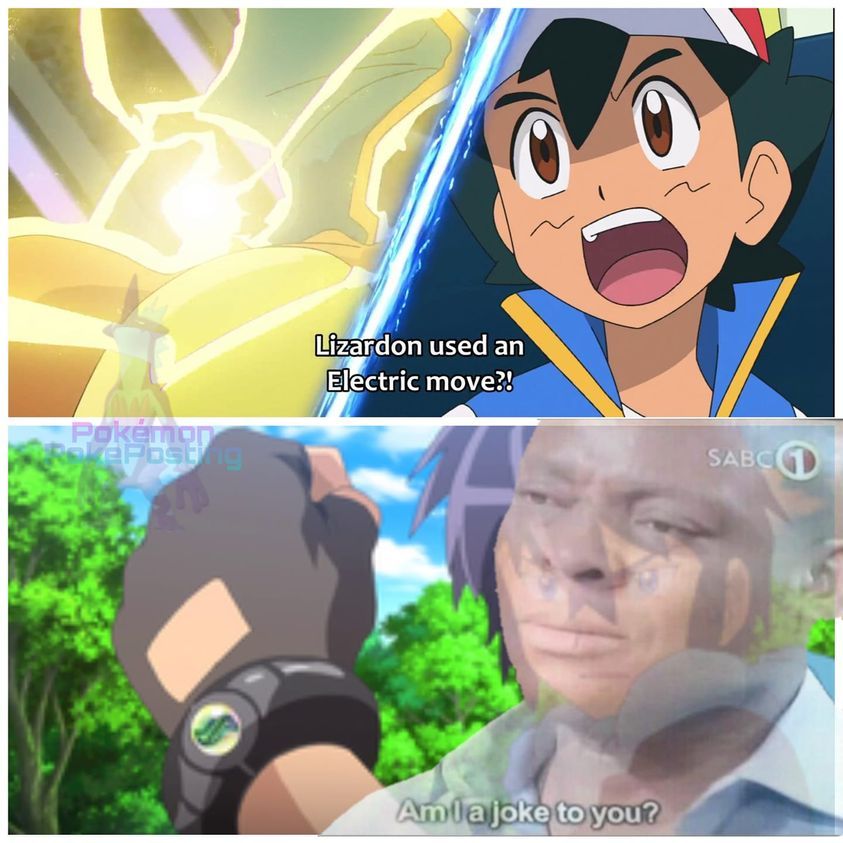 It is clear that Ash suffers from some sort of amnesia or short-term memory loss.  He is constantly stumped by opponents reusing the same tactics over and over again.  This meme shows how he completely forgot Charizard could learn thunderpunch.

Maybe he forgot because his Pokemon can do things no one else’s can.  Many Pokemon and moves in the anime work differently from the games.  Like his Pikachu beating ground types or his Charizard knowing seismic toss, maybe he thinks each Charizard gets one unique move?

6 Why Does He Hurt Us By Releasing All Our Favourite Pokemon? 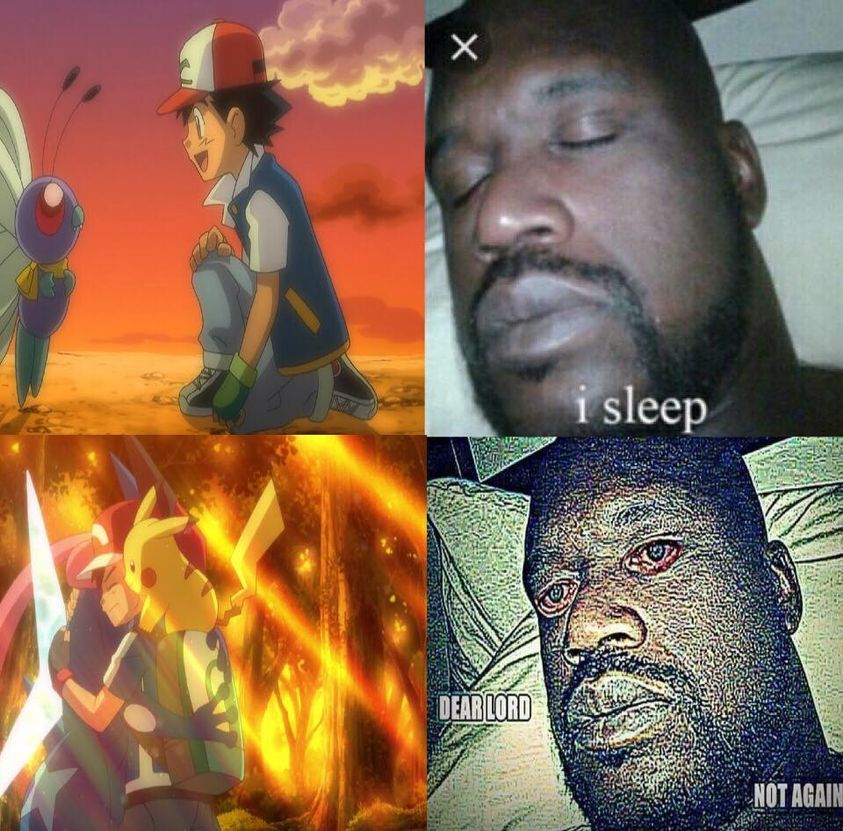 All Pokemon fans will remember the teary-eyed farewell we- Ash shared with his Butterfree.  It was the right thing to do, letting him go off to live with his new girlfriend.

What hurts is that Ash keeps on doing this.  He sent his Charizard off to military school, left Pidgeot in a forest, and let Greninja go off to be a Kalos region cop.  It’s all just so sad.  Maybe it teaches us the lesson of letting go, of friendship not being about ownership?  A series about enslaving animals to fight for glory is a weird backdrop for that theme though. 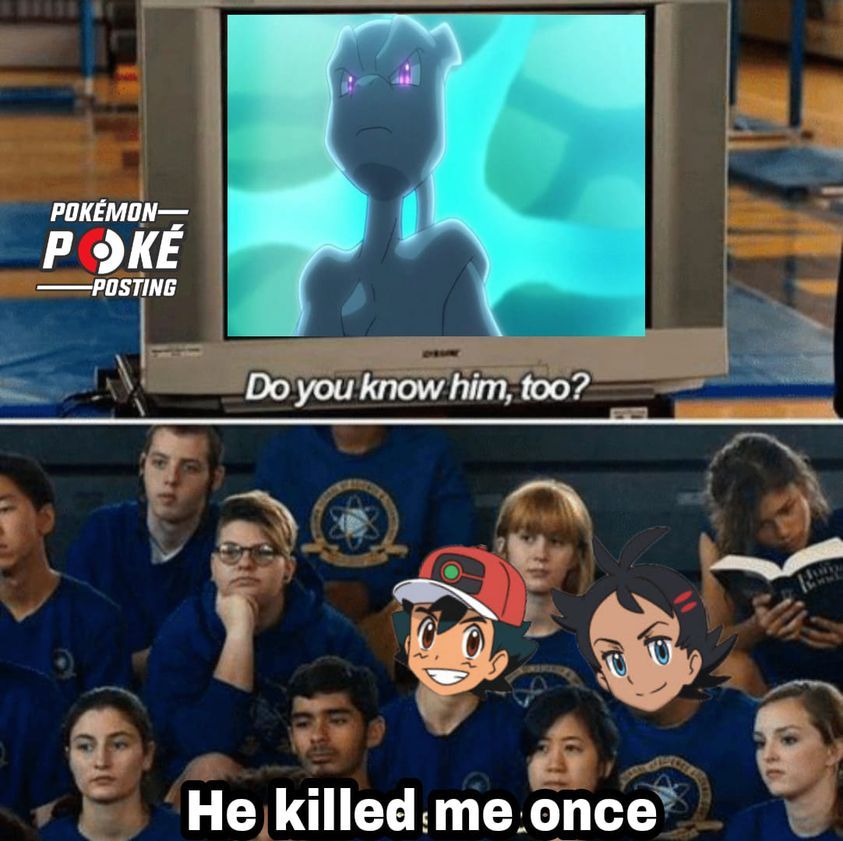 Over the course of the many series and films, Ash has encountered quite a few legendary Pokemon.  Not all have been thrilled to meet him.  Entei was initially pretty hostile, as were the legendary birds. And this meme isn’t an exaggeration. Ash has died loads.

He ran between Mewtwo and Mew (dumb idea) and got turned to stone but then revived by all the Pokemon tears. He drowned whilst trying to return a crown to a castle. He also died when Marshadow made a load of Pokemon attack him.  Talk about nine lives…

4 His Pokemon Do Come Through In His Times Of Need 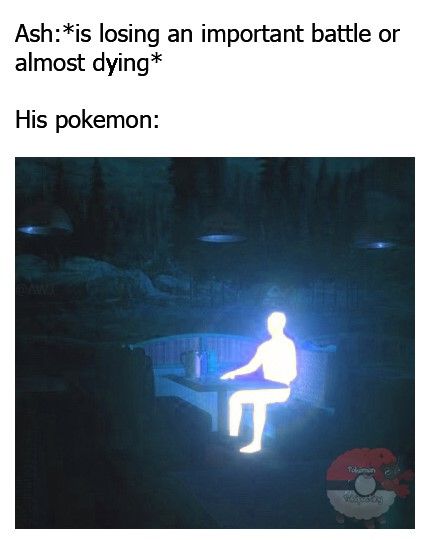 We all like to poke fun at Ash, but when all seems lost his Pokemon do come through for him.  Though there were many Pokemon Ash never managed to evolve, some came through for him in really clutch moments.

Charmeleon evolved into a Charizard to save him from a wild Aerodactyl, his Krabby evolved into a Kingler during its first match (in the Pokemon league… against an Exeggutor… C’mon Ash).  His Sliggoo also evolved into Goodra after using rain dance to put out a fire.  Say what you want about Ash, his Pokemon always pull through. 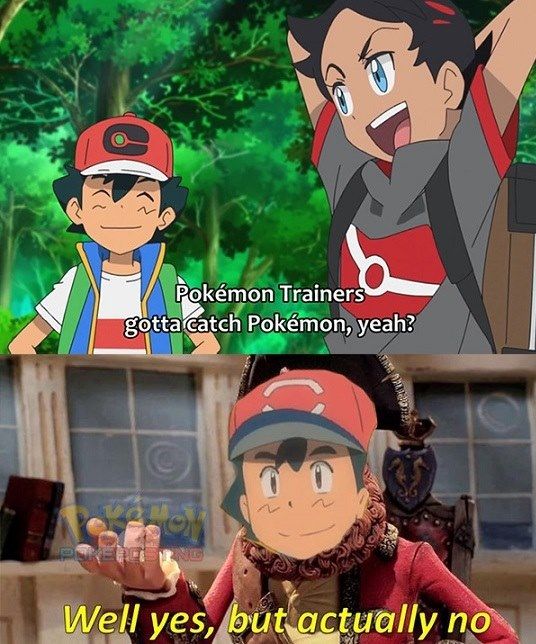 “To catch them is my real test, to train them is my cause.” We’ve all belted out those lyrics while watching the show. It’s the creed Ash supposedly lives by. So why does he catch so few Pokemon when there are so many great ones out there? It’s not like he doesn’t get the opportunity, he’s met countless legendaries, and other characters on the show have some, so clearly he could catch them.

While it is admirable (in some ways) that Ash seems to only go for Pokemon who want to go with him, it isn’t very Pokemon Master-y. Considering he releases them all,  starts with a new team every region, and barely evolves anything, he really should at least catch a few more.

2 He Is Definitely That Player Who Overlevels One Pokemon 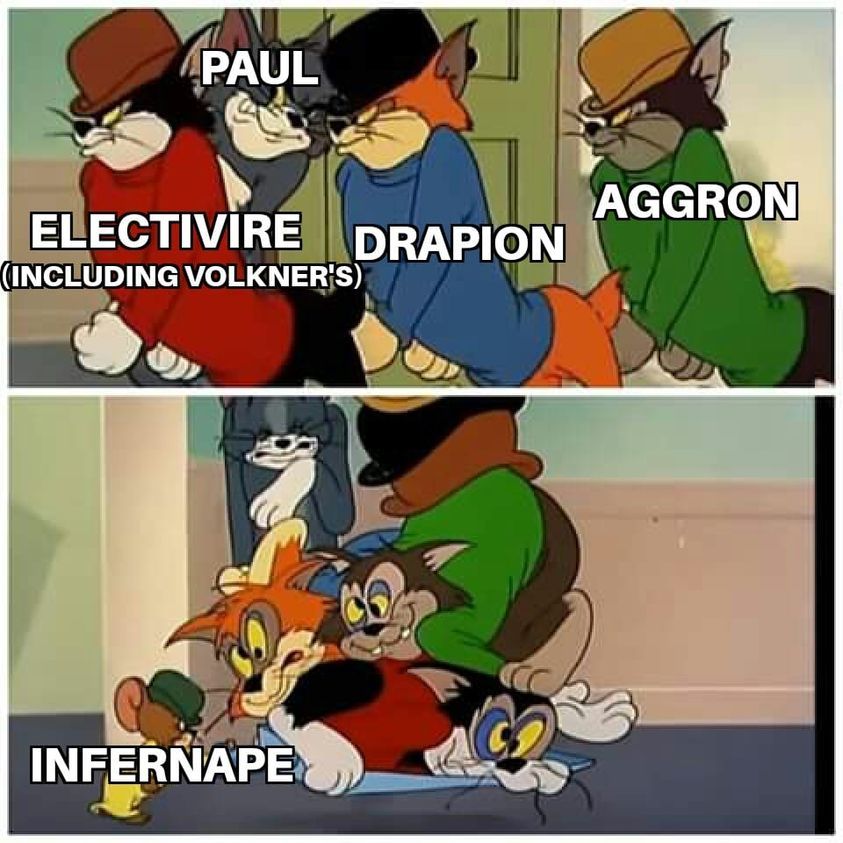 Who among us can say they didn’t complete their first-ever Pokemon game with a level 74 starter and a bunch of under-leveled, barely evolved others? We all did this. However, we also learned that a balanced, well-rounded team is better. Ash has not learned that. He is only 10 years old though, so he does need to be cut some slack.

This means that some of Ash’s Pokemon absolutely carry the rest of the team.  His Infernape is the true star, having won 85% of its battles. Some other names to mention are Charizard, Gibble, and of course, Pikachu.

1 The Disrespect Charizard Had For Ash Will Always Be Funny 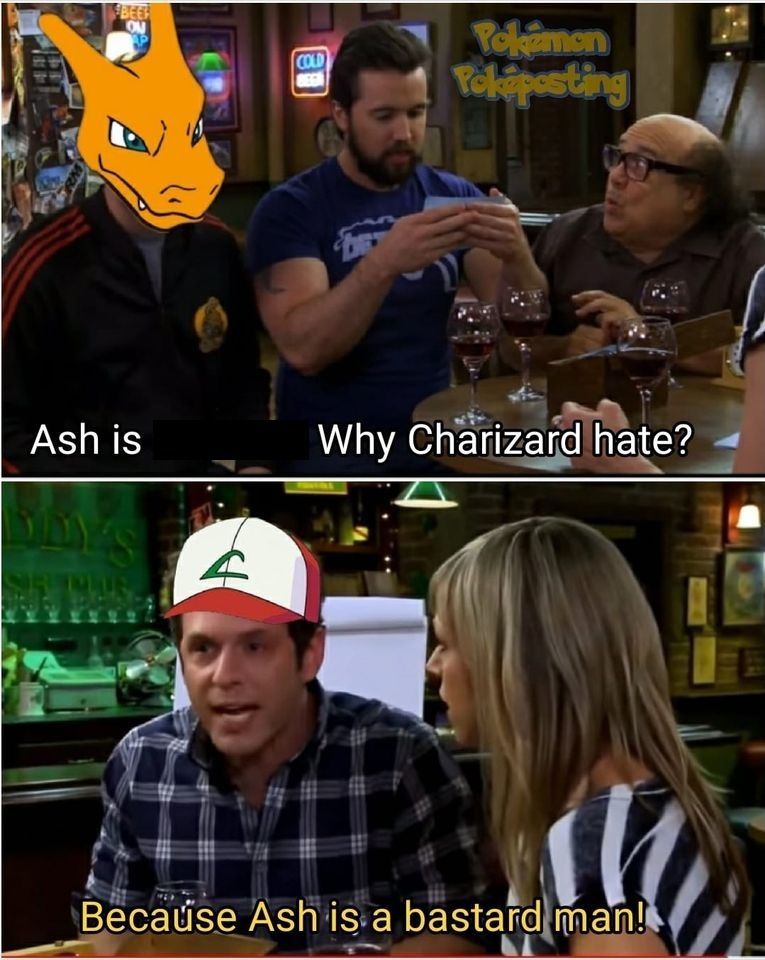 As soon as Ash’s cute little Charmander evolved he become a disobedient teenage Charmeleon. He would frequently toast Ash and ignore his orders in battle. These behavior problems only got worse when he evolved into a Charizard.

Things got so bad that Ash had to send him away to a special Charizard training camp. The two eventually got along though, and despite Charizard not respecting Ash, he’s saved his life several times, a true friend indeed.

Next: 10 Pokémon Ash Still Needs To Capture In The Anime 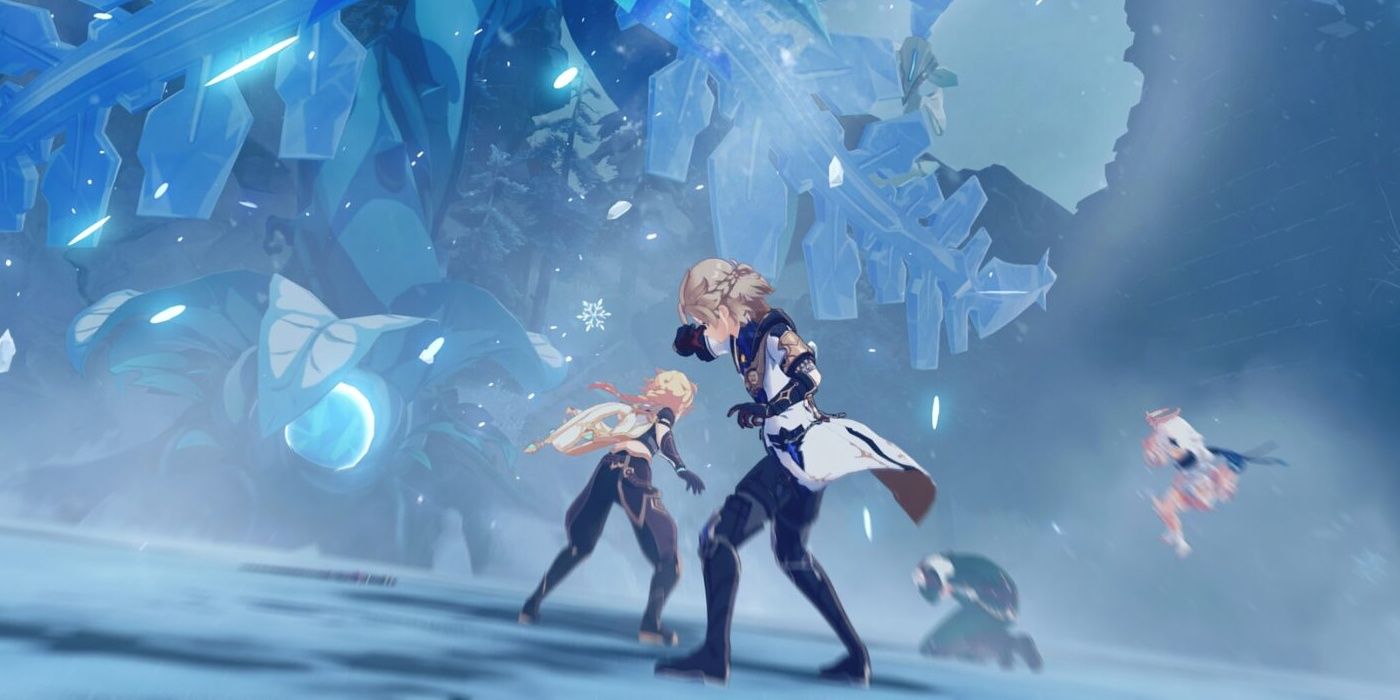